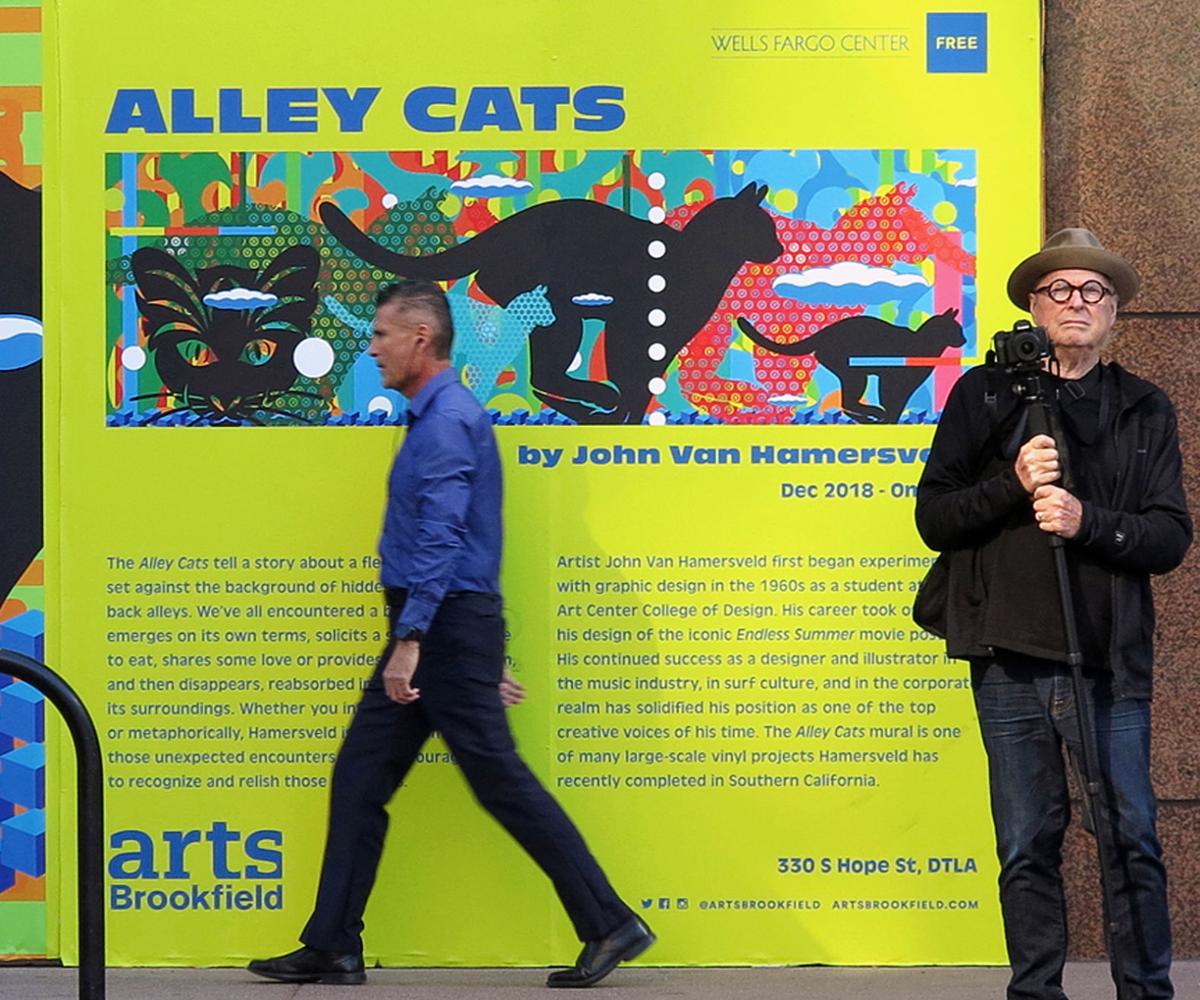 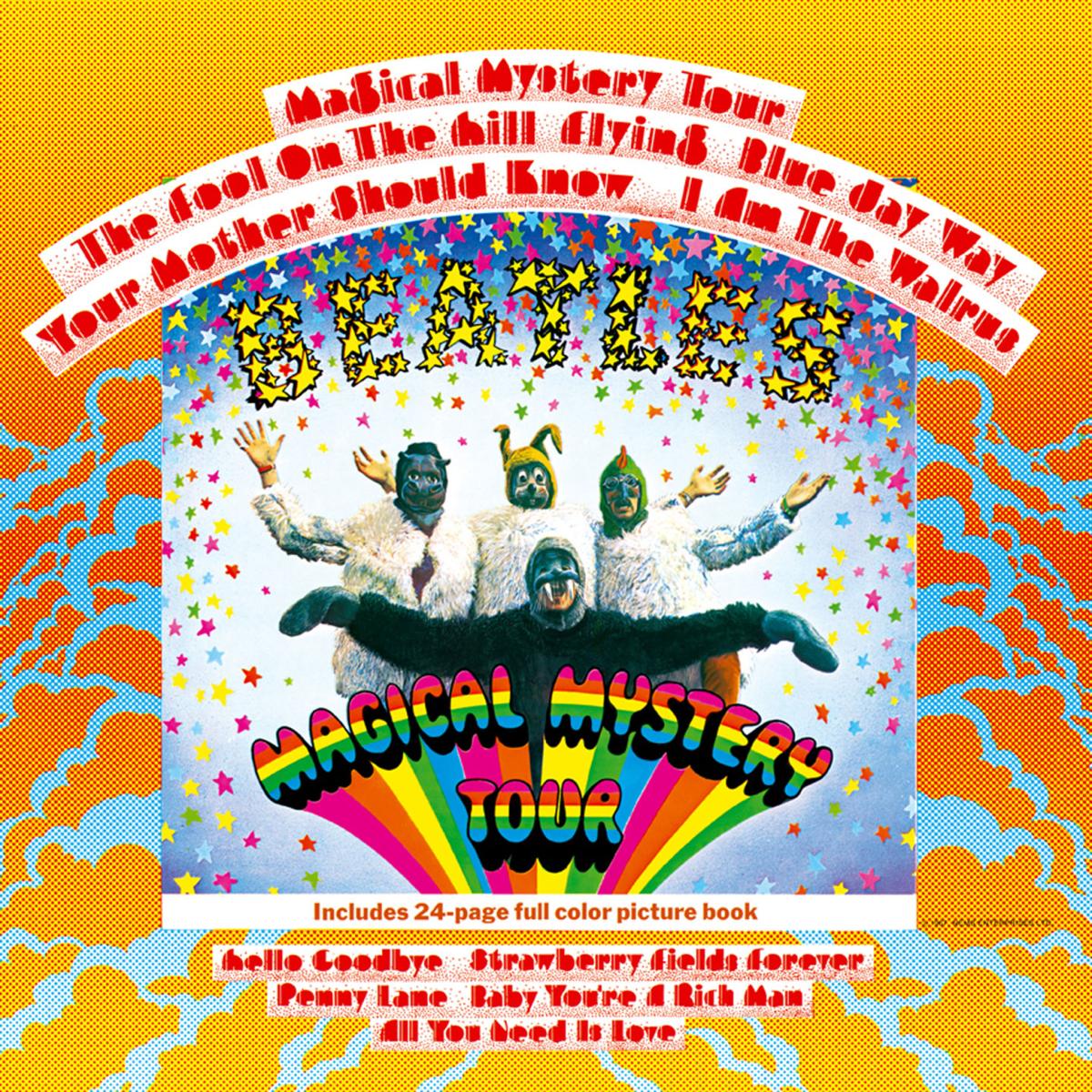 The walrus was Paul. 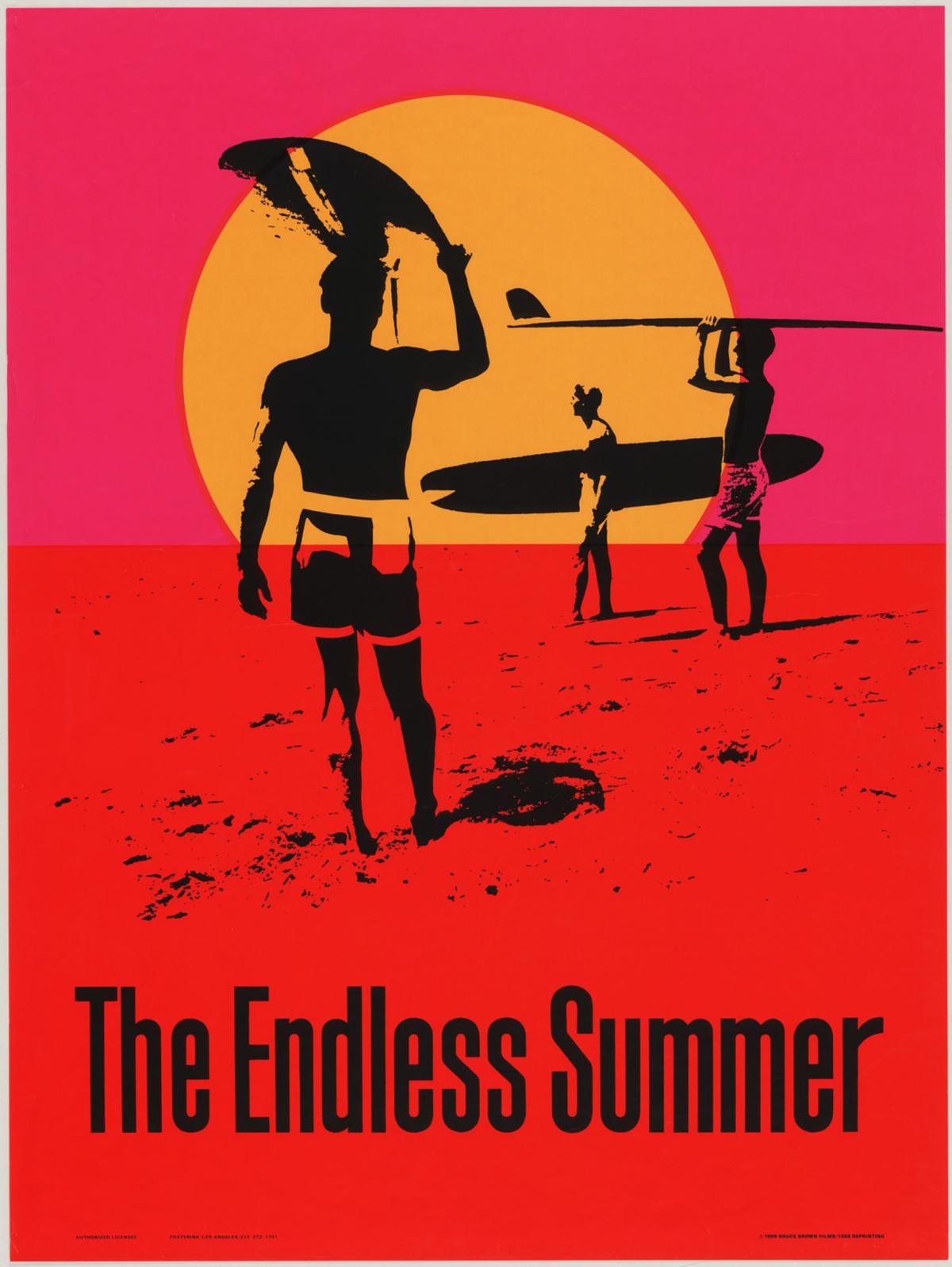 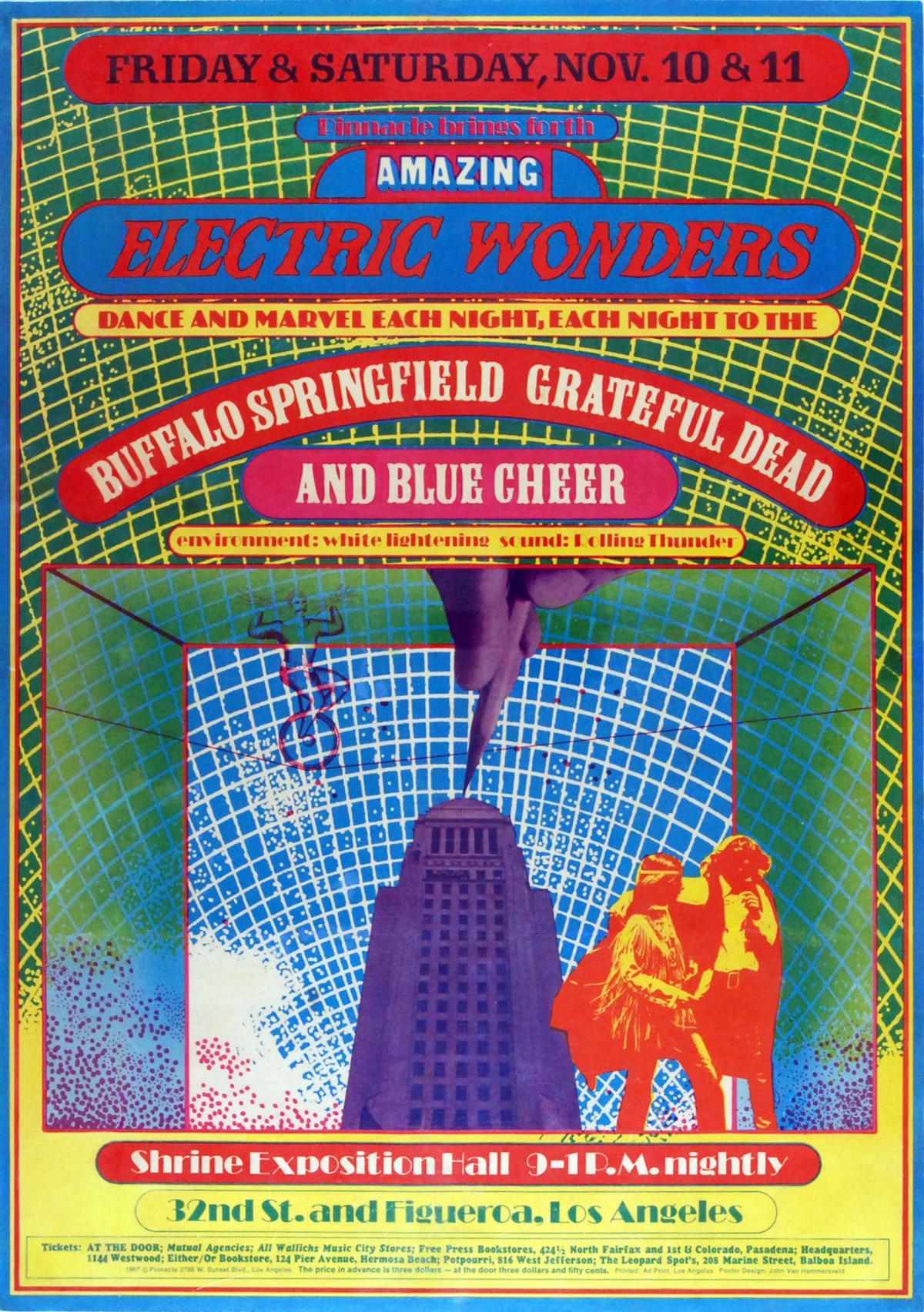 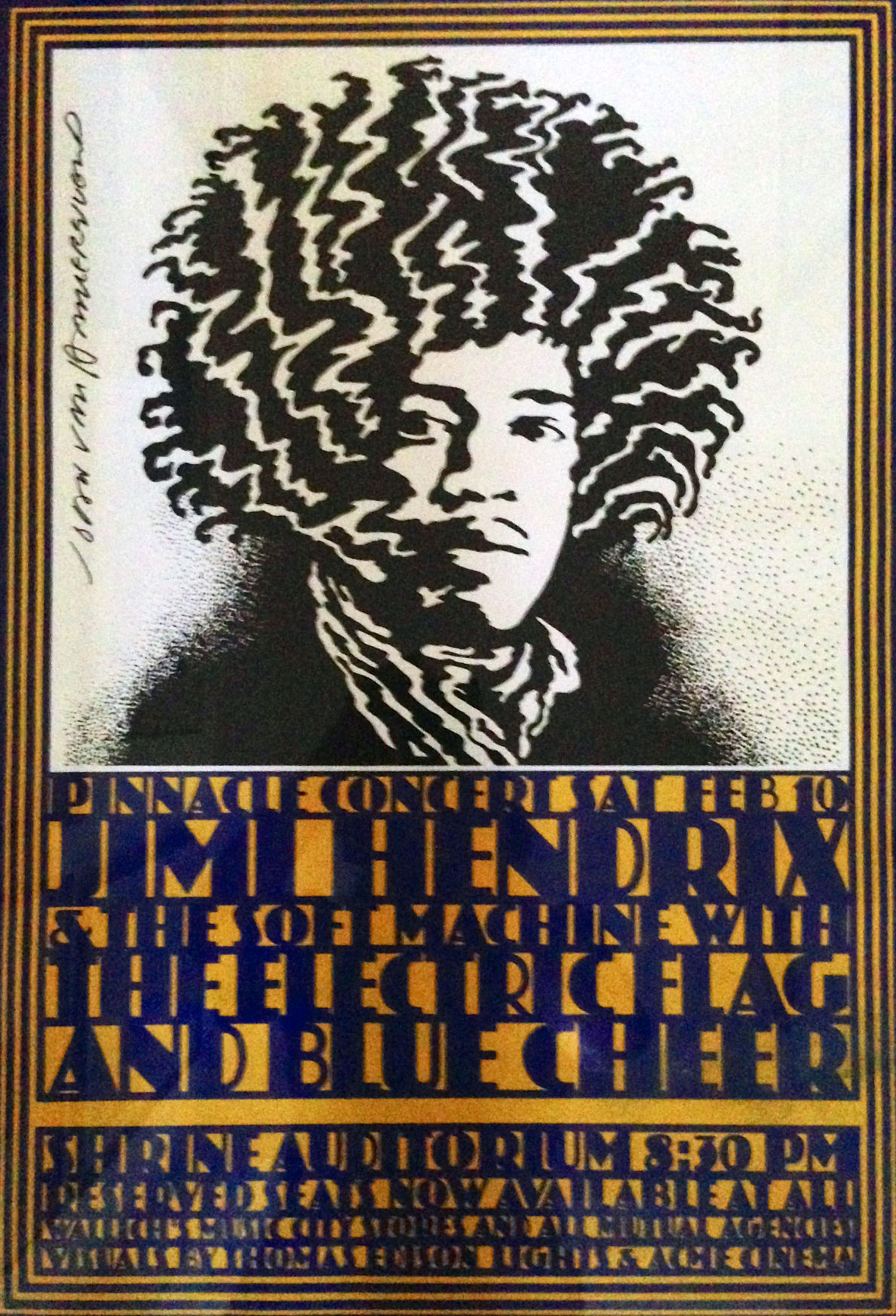 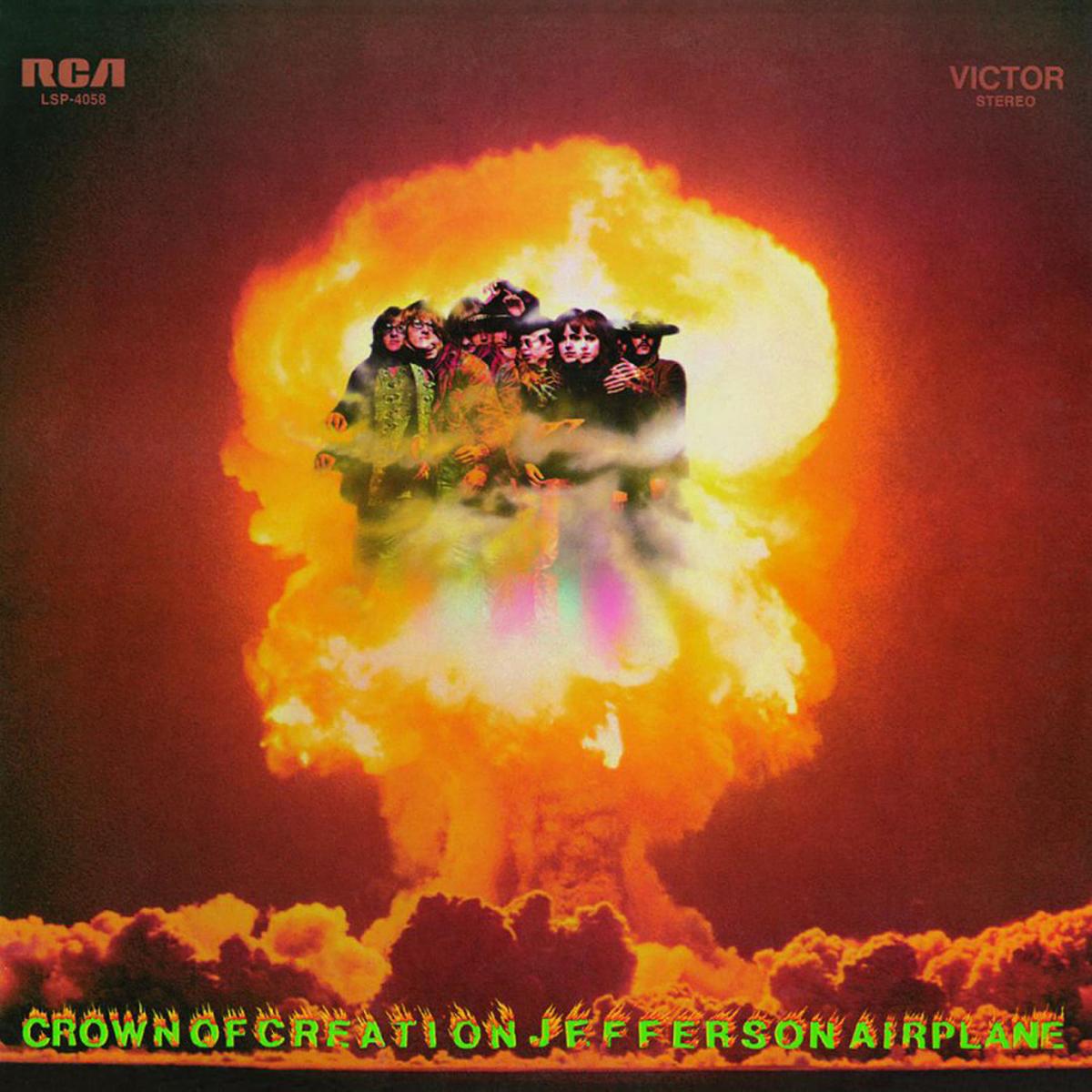 Along with setting a new standard for rock music, the Beatles’ 1967 album “Sgt. Pepper’s Lonely Hearts’ Club Band” featured a cover against which all others still are judged.

At the time, John Van Hamersveld was an art student in Los Angeles who had landed a job with Capitol Records, the band’s American label. And one of his assignments was designing the cover for the follow-up album.

One problem: The death of Brian Epstein, the Beatles’ manager, caused disarray to the point where Capitol received only a single photograph from the band’s home base in England, featuring the members dressed in exceptionally odd-looking costumes.

“John, you’re going to have to take this picture here. See this picture of this kind of walrus and everything? You can’t see the Beatles.”

“All we could do was really sell the tune titles and some sort of motif that you could create,” Van Hamersveld recalled, and the result was the cover for “Magical Mystery Tour.”

It was the first of more than 300 album covers the artist ended up designing, to go along with hundreds of posters promoting concerts, movies and the like. Many will be featured in “Era of Cool: The Art of John Van Hamersveld,” an exhibition that opens July 20 and runs through Oct. 20 at the Westmoreland Museum of American Art in Greensburg.

Speaking from his California home, Van Hamersveld reminisced about some of the images that have made him a legend in the world of popular culture, starting with his poster for Bruce Brown’s 1964 surf film “Endless Summer.”

The three-color abstract derived from a photograph helped the artist land his Capitol Records job, and the success of “Magical Mystery Tour” prompted him to launch a company called Pinnacle at the Shrine, producing posters for concerts at a couple of Los Angeles venues going by that name.

For the next year, he and his team came up with artwork to promote what remain some of the most legendary names in music, beginning with the concerts of Nov. 10-11, 1967, featuring future the Rock and Roll Hall of Fame inductees Grateful Dead and Buffalo Springfield at the Shrine Exposition Hall.

One of Van Hamersveld’s best-known works came from a show the following Feb. 10 at the larger Shrine Auditorium headlined by Jimi Hendrix, the late guitarist’s curly hair lending itself to a particularly memorable image.

The same year, Van Hamersveld designed the cover for Jefferson Airplane’s fourth album, “Crown of Creation,” with dual images of the band’s six members superimposed over a shot of an atomic bomb exploding.

He recalled visiting some of them, singer Grace Slick included, to show them the concept:

“They were totally surprised, baffled. They could not see what I was doing, which was creating them in this bomb setting as ‘boomers.’”

The members of the so-named generation, though, apparently had embraced the design by the time Van Hamersveld attended a November 1968 Airplane concert at the Fillmore East in New York City.

“Everything is red, and the band appears, and the lights light up on the band, then this big roar. It was a simulation of the cover,” he said. “It was fantastic.”

Another of his designs is the cover of the Rolling Stones album “Exile On Main Street,” released in 1972 to a somewhat baffled audience, what with multiple black-and-white photos from circus sideshows.

“I was thinking of putting masks on them, Japanese wrestler masks,” he recalled. “And they didn’t quite like that.”

These days, Van Hamersveld runs a company, Post-Future, that revisits his artwork and from the ’60s and ’70s, selling quality prints. He also paints murals, and he plans to produce one in Greensburg when he visits.

That will mark sort of a homecoming for the Baltimore native.

“My grandfather came from Amsterdam in 1910 to work at Westinghouse in Pittsburgh,” he said. “So I have a little history there in Pennsylvania.”