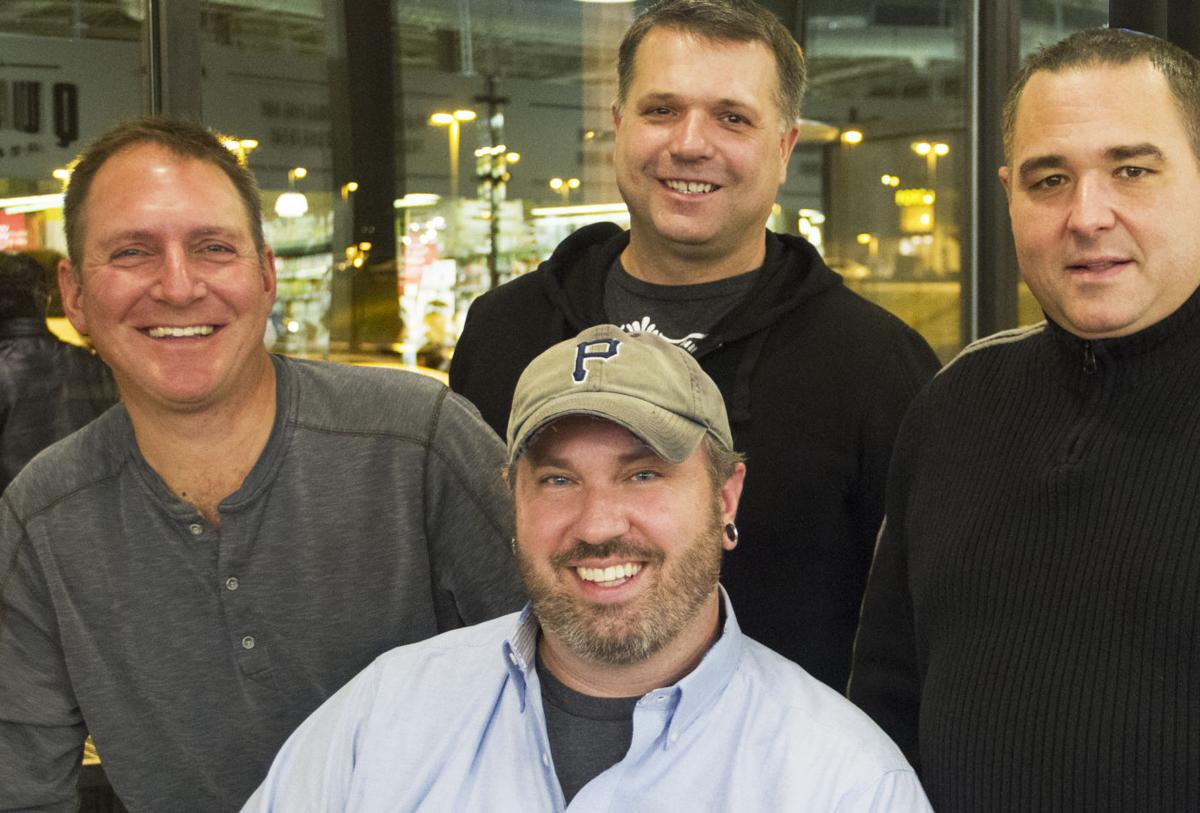 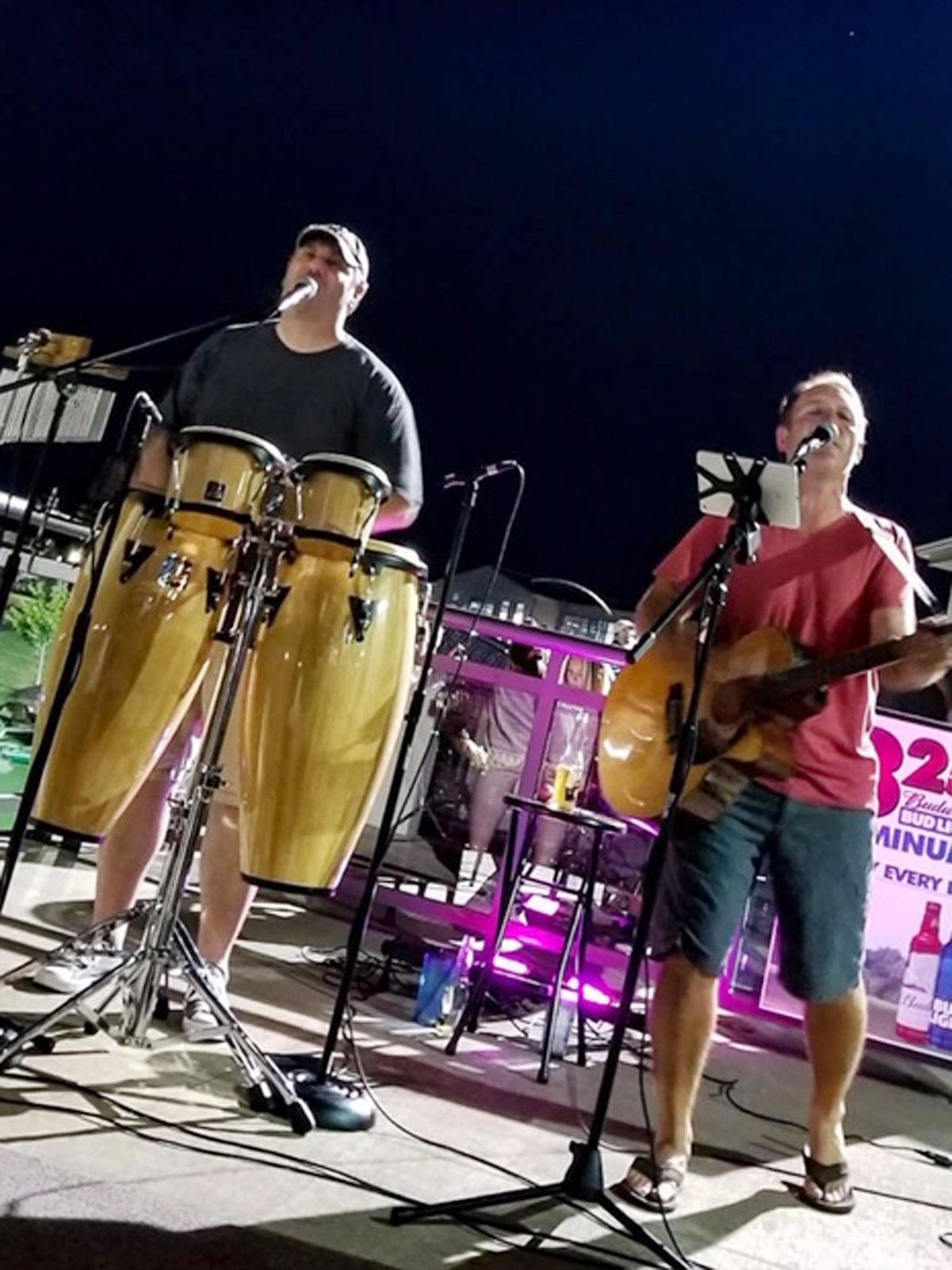 Brandon Zanardelli, left, and Tom Lang perform together as an acoustic duo. 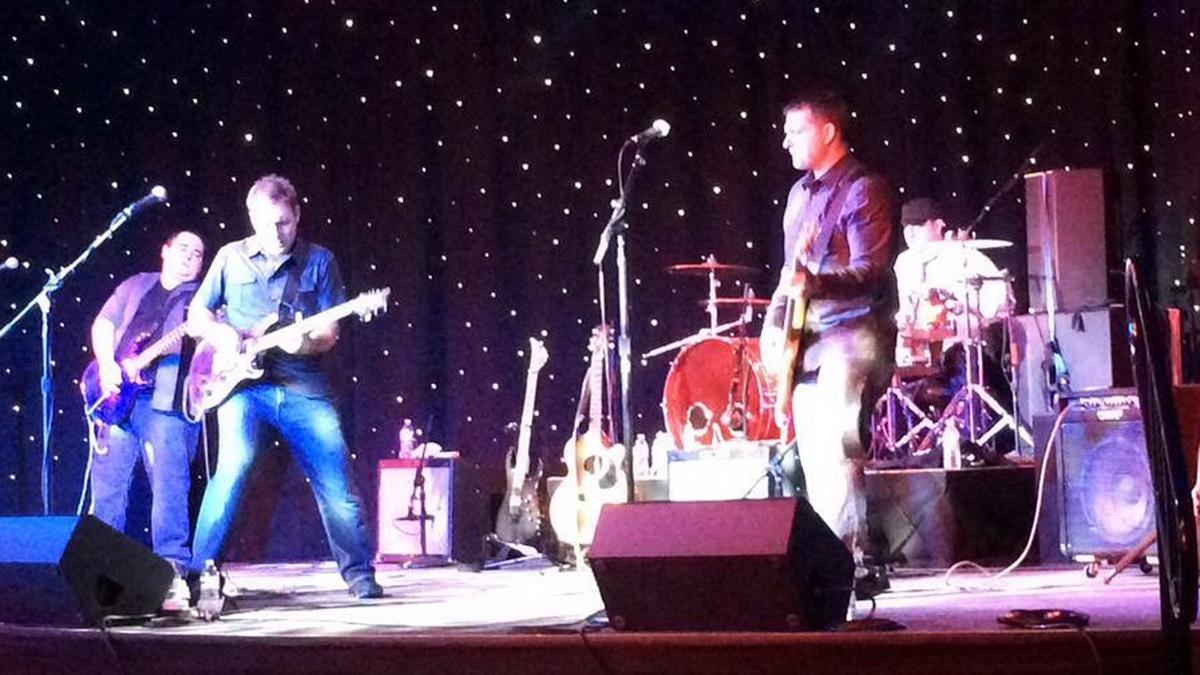 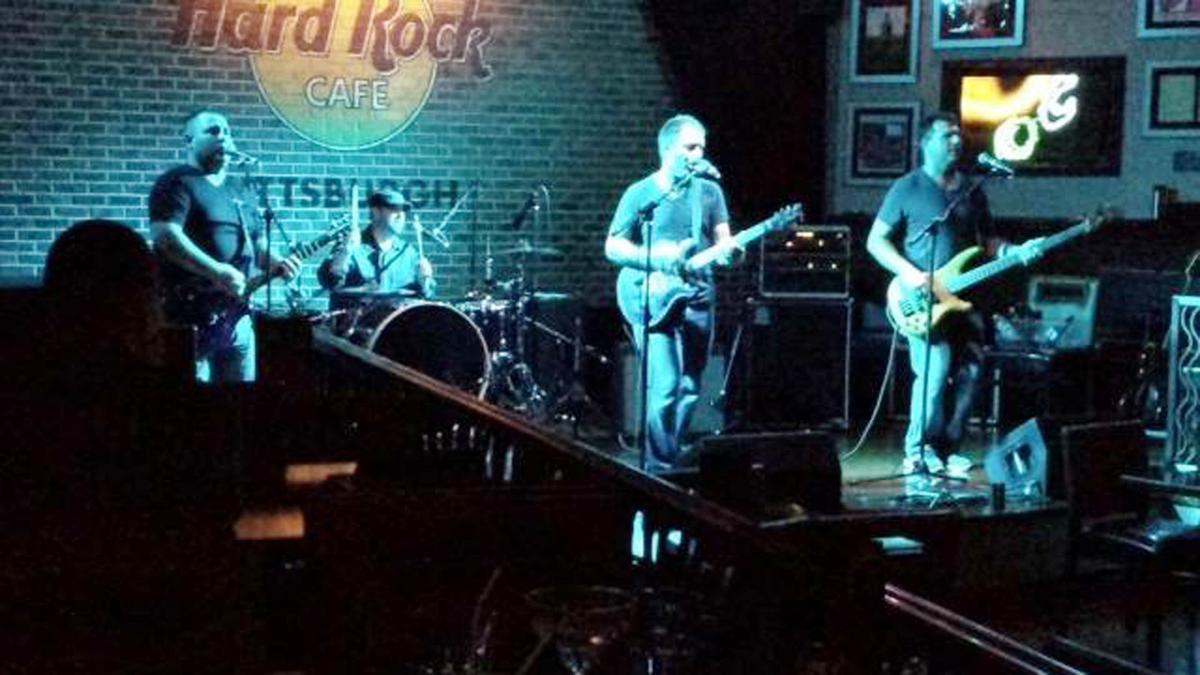 The proverbial writing might seem to be on the wall once members of a band start families and branch out into other careers.

Brandon Zanardelli recalls a conversation along those lines with one of his bandmates.

“I remember saying, ‘Man, if we can keep this going one more year, two more years, that would be pretty cool,’” he said. “And here we are, 15-plus years later.”

For Bethel Park-originating Day One, 2019 marks 20 years of their performing as the same quartet, with Zanardelli on drums joined by bass player John Bean and guitarists Tom Lang and Jeff Robol.

To celebrate, they have a 20th-anniversary concert scheduled for April 27 at Pittsburgh’s Hard Rock Café and plan to record songs for a new EP.

The roots of the band actually go back three decades: Bean, Robol and Zanardelli started playing together as eighth-graders in 1989. When they attended Bethel Park High School, from which they graduated in 1993, the band was called Blurred Image.

“Tom is an awesome guitar player, and we pulled him in to have a second guitarist,” Robol said. “He and I gelled. Our styles really blended together, and we complemented each other.”

The Day One lineup solidified as a four-piece two years later, and the band of then-twentysomethings started to gain a following in what at the time was a lively scene for live music in Pittsburgh.

“We came into the scene right in a transition period, I think,” Zanardelli said. “We had about a five-year crossover where there were still some really cool places to play.”

Among them was Nick’s Fat City on East Carson Street in the South Side, a venue that later became Diesel and now is called Foxtail.

“Jeff called me one day at work and said, ‘We were just offered a Friday night.’ And I thought, man! Friday night at Nick’s Fat City. This is it!”

The band performed around the region, including a regular gig at Myron’s Lounge in Somerset, and traveled to venues in New York and West Virginia for shows. Along the way, Day One recorded an EP, “A New Beginning,” and the album “Dream for an Insomniac,” released in 2004.

“Our full album is such an eclectic mix of music,” Lang said. “It wasn’t the typical start-to-finish kind of the same sound.”

That can be attributable to the creative contributions of all band members on a collaborative basis.

“It wasn’t just like, OK, here’s what we have,” Lang explained. “This is what we’re playing. It was, either I would come in with an idea and say, ‘Hey, listen to these chords I came up with.’ And everybody puts his own touch on a song.

“Jeff has such a good knack for throwing these little licks in and these little color tones. Or John will have this really cool bass line, or Brandon will have something cool. And that really comes through on the album.”

The members mentioned the prominence of the bass guitar throughout, particularly on a track called “Time Is life.”

“It was cool to actually have a song that features the bass,” Bean said. “There aren’t too many of them.”

Day One shows at the time featured plenty of original compositions. But eventually, the dwindling number of venues hiring bands called for cover versions of songs with which customers would be familiar.

“That’s what’s going to be fun about this 20th-anniversary show,” Lang said. “It gives us a chance to go back and learn all the old songs. It’s been a long time since we’ve played a lot of the originals.”

The band revived one of them, “Left Field,” during a show at Frankie I’s Bar & Grille in North Strabane Township, to the delight of audience members.

“It felt amazing,” Robol reported. “It was such a good feeling, the pride and joy.”

Members of Day One certainly take pride in two decades of playing music together.

“We’ve been there with each other for each step of the way, when people have gotten married, had kids, some of the life events that maybe would cause other bands to put a fork in it,” Zanardelli, a music teacher in Belle Vernon Area School District, said.

“There have been ups and downs, as with any band and any relationship. But the fact that we’re such good friends, that’s what has held it together.”