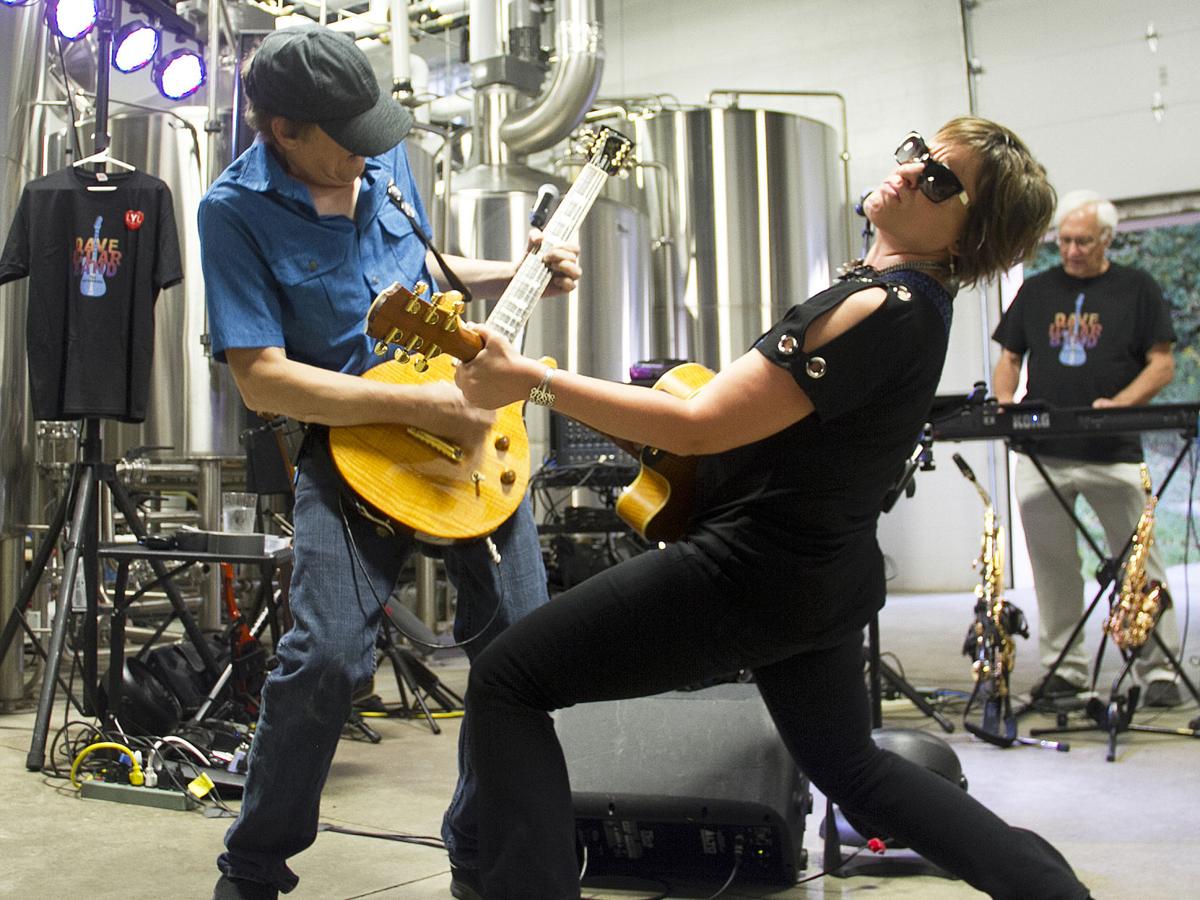 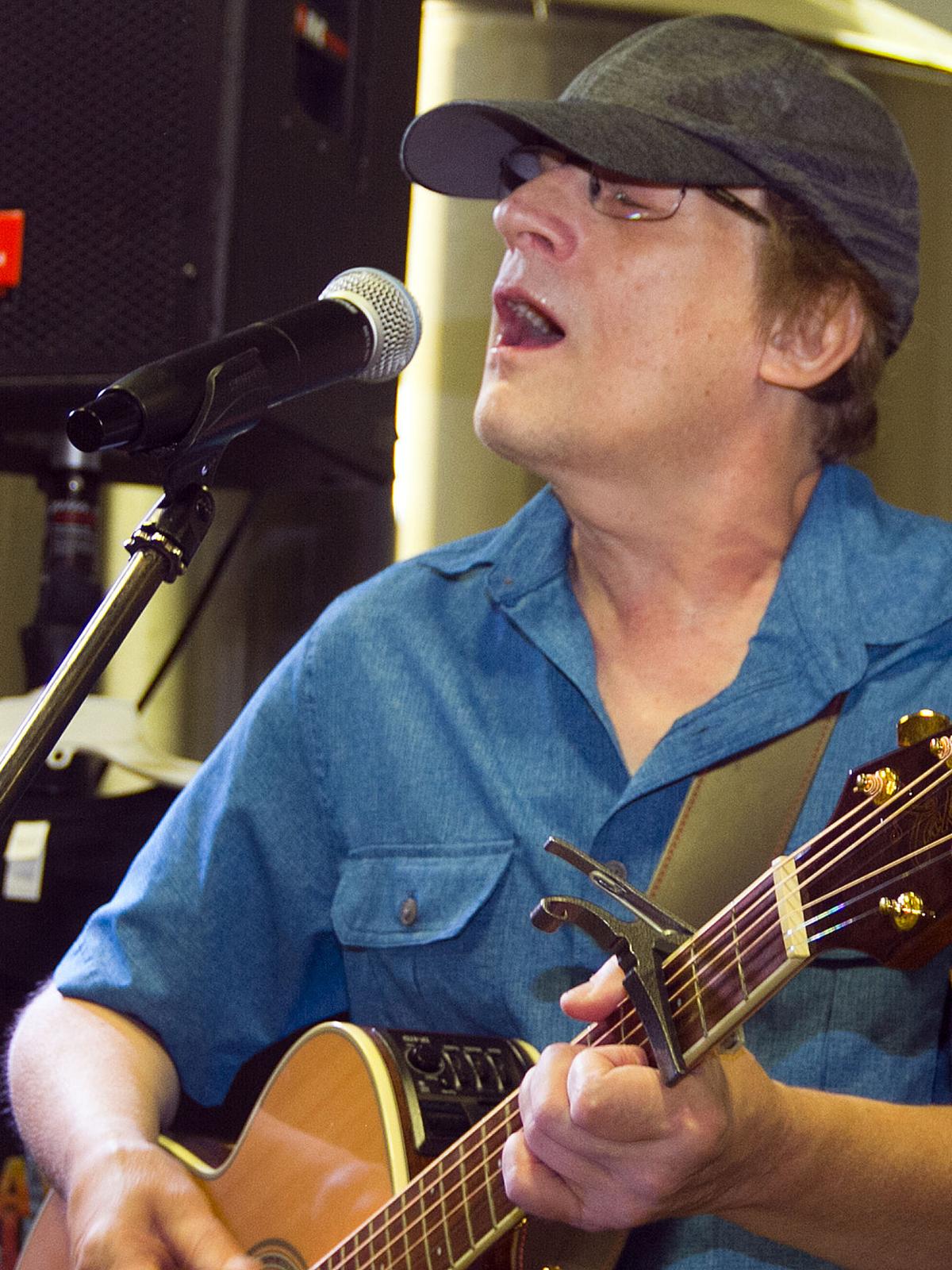 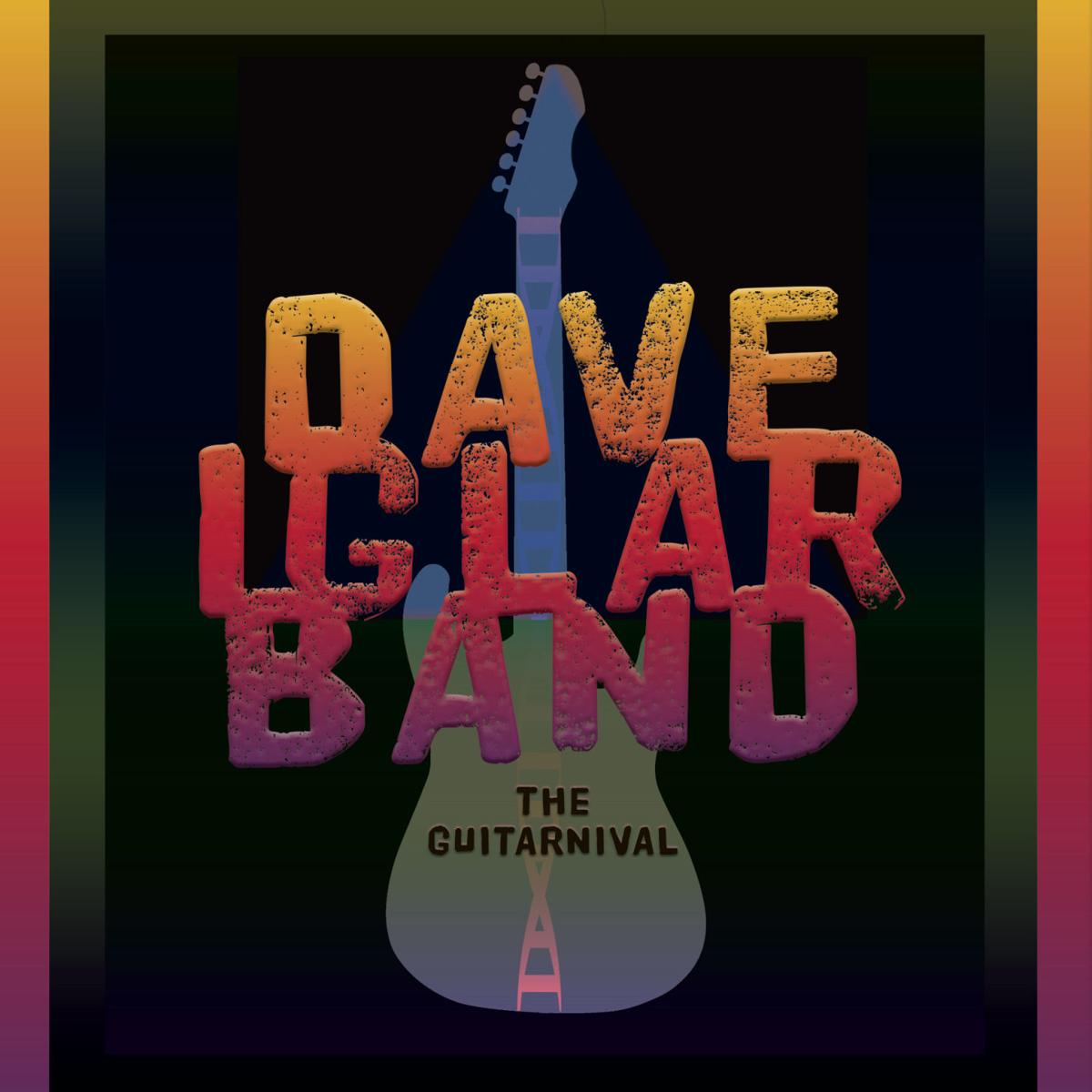 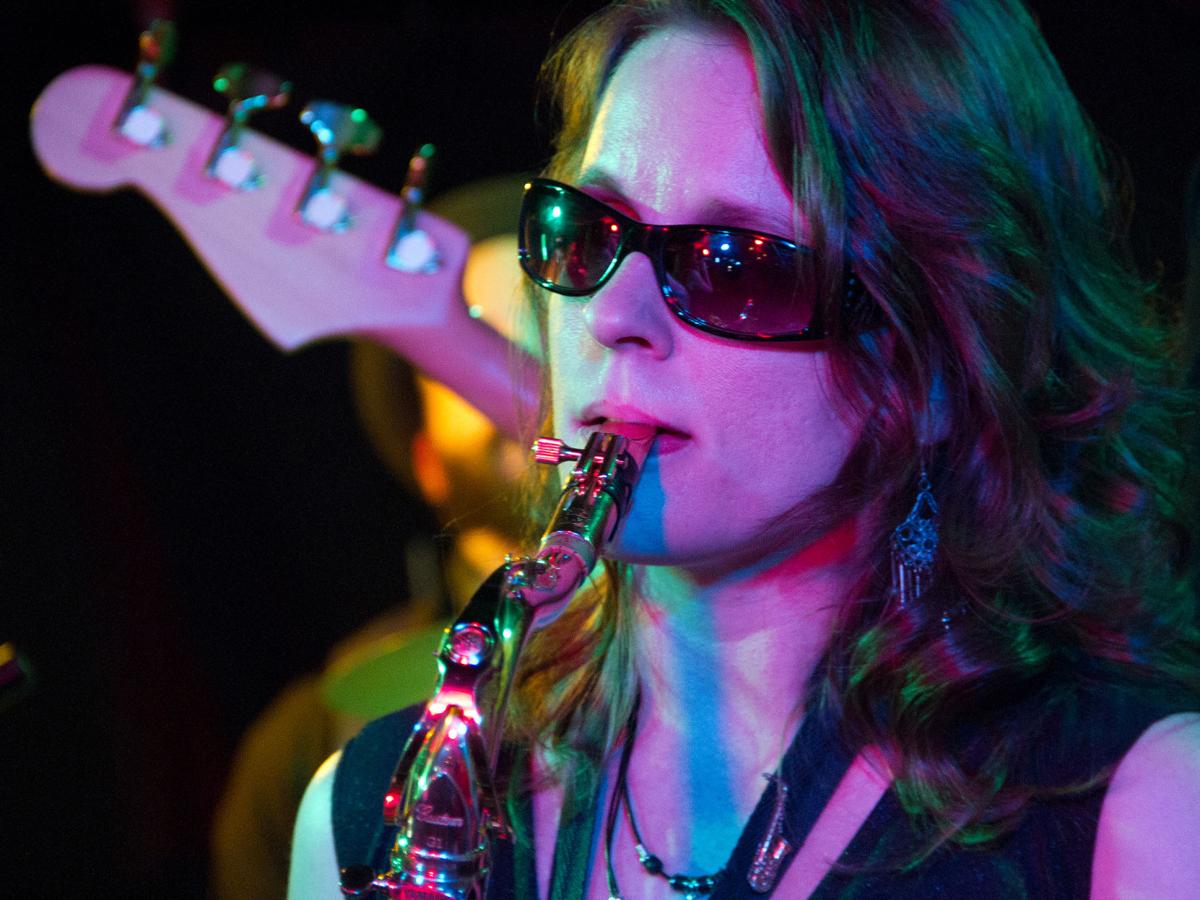 Andrea Iglar performs in January 2013 at Moondogs Pub in Blawnox, where the release party for “The Guitarnival” is scheduled for Nov. 22. 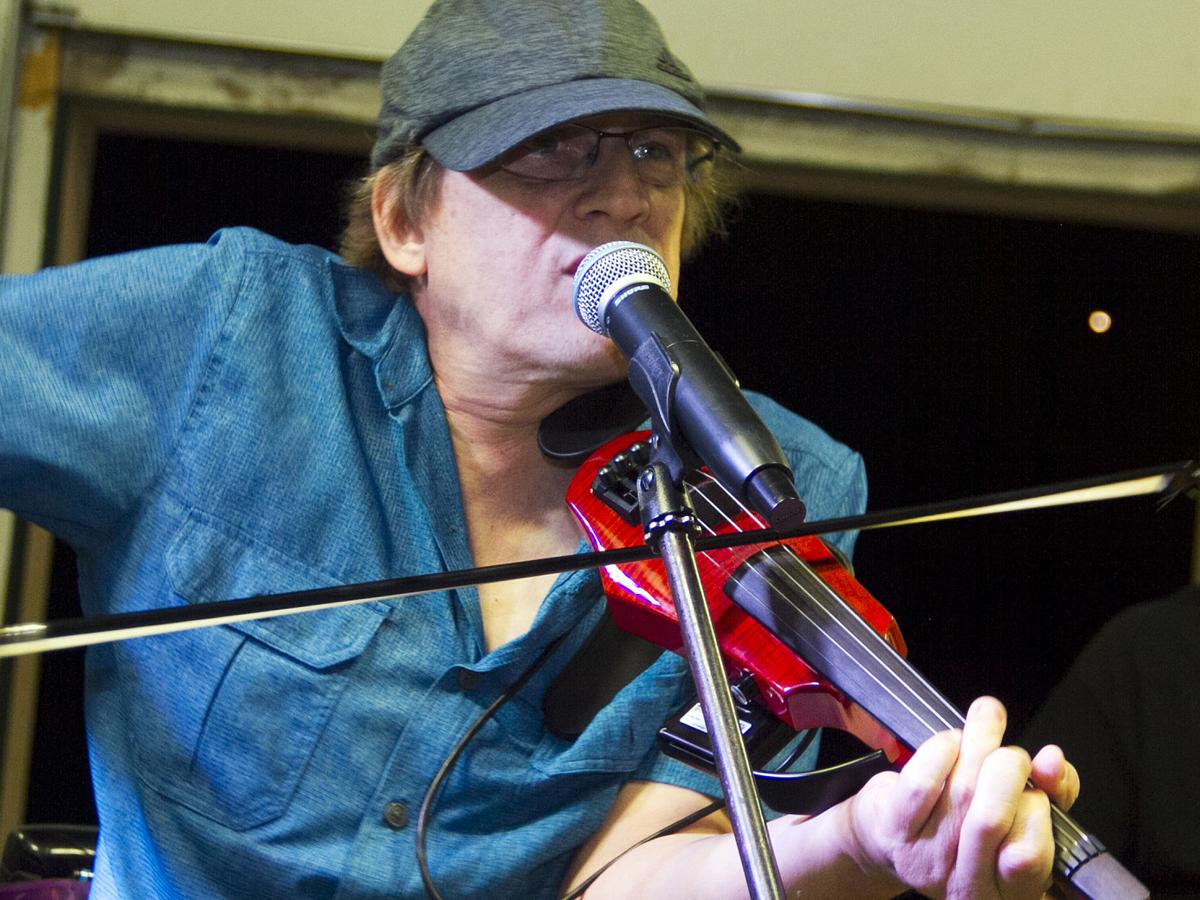 Dave Iglar plays a variety of instruments, live and on “The Guitarnival.” 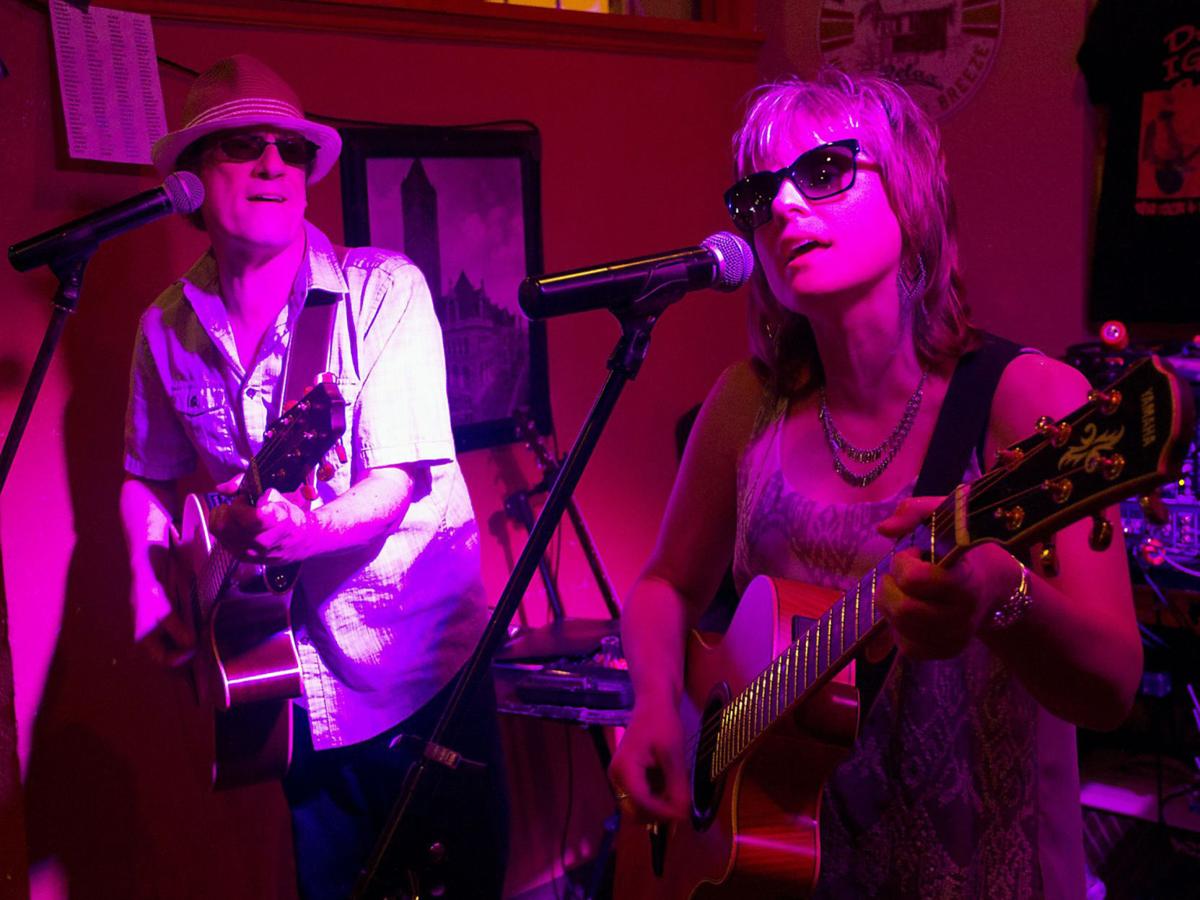 Dave and Andrea Iglar perform in the summer of 2016 at Bee’z Bistro & Pub in South Fayette Township.

Andrea Iglar performs in January 2013 at Moondogs Pub in Blawnox, where the release party for “The Guitarnival” is scheduled for Nov. 22.

Dave Iglar plays a variety of instruments, live and on “The Guitarnival.”

Dave and Andrea Iglar perform in the summer of 2016 at Bee’z Bistro & Pub in South Fayette Township.

Along with its catchy title, the most notable aspect of the Dave Iglar Band’s new album is the massive number of tracks.

“I admit that 32 songs is a thick book,” the South Fayette Township High School graduate said about the double-disc “The Guitarnival.”

“It’s like giving someone ‘Pillars of the Earth’ or ‘War and Peace’ or ‘Dune.’ But if you appreciate music, there’s going to be something on there that appeals to you because there are a lot of different styles.”

The veteran multi-instrumentalist and his bandmates, daughter Andrea included, offer up a mix of blues and jazz, Americana and worldbeat, with some avant-garde soundscapes for good measure. And of course, there’s plenty of the genre that inspired the album’s opening.

“We sometimes use the moniker the ‘Rock & Roll Guitarnival’ to describe our show,” Dave explained, “and I wrote the song thinking about the tradition of rock and how we embrace it.”

For anyone who’s seen the Dave Iglar Band live, the description would seem appropriate, given how Dave will pick up a Heinz Ketchup bottle in mid-show for a mind-melting slide guitar solo, and how Andrea will climb atop a bar and walk across it as she wows crowds with her saxophone-playing prowess.

“A lot of the songs, like ‘Rock & Roll Guitarnival,’ come straight off those nights in the clubs where Dave is joking around with people, and he has his stage banter,” Andrea said. “One thing leads to another about the Guitarnival, and next thing you know, we have a song. And then we have an album title.”

In addition to her job as South Fayette Township’s director of communications and community development, Andrea has been a member her father’s band for 16 years, singing and playing guitar along with alto, tenor and soprano saxophones.

“Performing with my dad is unlike performing with anyone else, and a lot of it has to do with genetics,” she said. “You just have a feel for what that person is going to do and play next, and you just kind of mesh.”

In fact, they’ve come up with an applicably clever name for shows in which they perform as a duo, according to Dave: “It’s what we call the DNA factor, Dave ’N’ Andrea.”

On “The Guitarnival,” the Iglars are joined by Joel Tischuk on keyboards, Mark Demeno on percussion, Chuck Simon on bass and David “D-Kat” Katalin on drums. And besides electric and acoustic guitars, Dave Iglar also plays violin, harmonica, bass, drums and the primitive but effective cigar-box guitar.

“A lot of the songs I’ve had sitting around for several years,” Dave said about the album’s contents, “and a lot of the stuff was improvised right on the spot, where I’d start with a basic track and get an idea of how to build on top of it.”

One example is the closing song, “Tribal,” a number that evokes the sound of early Santana with its emphasis on rhythm and the skillfully applied fuzz tone of Dave’s guitar. The lyrics to that one are minimal, and other songs are purely instrumental, including the Django Reinhardt-influenced solo guitar outing “Djangles.”

The majority of “The Guitarnival” features Dave’s lyrical excursions, which tend to reflect various sides of his sense of humor. The sort-of-rap “Every Song Is Somebody’s Favorite,” for instance, draws from a litany of hits that may or may not everyone’s cup of tea:

“I’m a joker, I’m a toker, when I’m in MacArthur Park/Who let the dogs out of my achy-breaky heart?”

“People would ask for different songs at gigs, and I just started saying that,” Dave said about the tune’s title. “Then I started singing it, and then I started adding words to it. And it became a song.”

So did “I’m an Oakdale Man,” which had its genesis one day during the Iglars’ drive through the borough.

“We start making lines about we see, and just howling and having a great time,” Andrea recalled. “Next thing you know, he starts playing it when we’re at a gig.”

The lyrics certainly resonate with the locals:

Lost my license from a vehicle code, now I walk to McDonald down Noblestown Road/My girl she don’t want fancy jewelry, we go down to the Helicon Brewery

“But I look at it also as hoping people would get the sense of that being small-town America,” Dave said about the song’s universality. “You can get the character and get the mood of that setting.”

Along with the release of “The Guitarnival,” 2019 also marks the publishing of the second edition of “The Dave Iglar Guitarometrix Method.”

“I’ve been developing this method for 40 years. I’ve been teaching it successfully to many people, and I finally organized it into book form,” he explained. “It’s a theoretic method for not only guitarists, but for other instrumentalists.”

As for the instrumentalists in the Dave Iglar Band, they had best be prepared for more recording.

“I was already talking to Joel the keyboard player about: Let’s get started on more,” Dave said, “because I have some more ideas.”

A release party for “The Guitarnival” is scheduled for 8:30 p.m. Nov. 22 at Moondogs Pub, 378 Freeport Road, Blawnox. Doors open at 7. Tickets are $10, which includes the double album, CD or download. Visit https://www.moondogs.us/ and https://daveiglar.com/home.