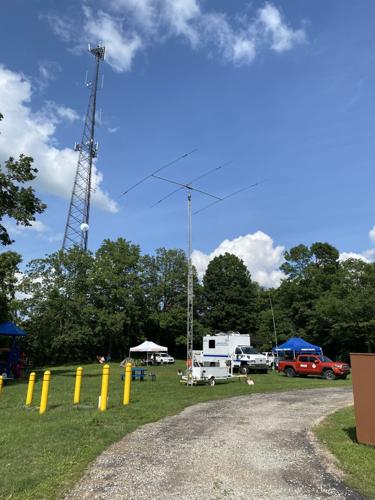 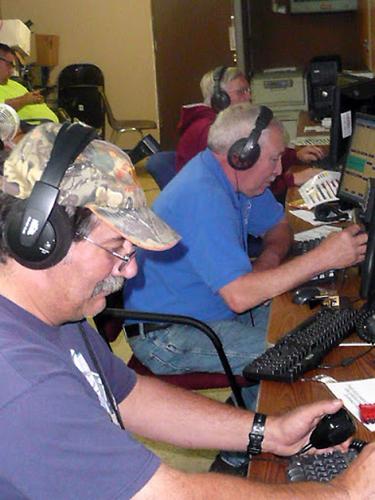 Local ham radio operators will be displaying their craft in an upcoming emergency preparedness drill that also serves as a competition with operators from around the country.

Ham Radio Field Day is set to begin at 2 p.m. Saturday, June 25, and run to 2 p.m. the next day. Washington Amateur Communications (WACOM), a local amateur radio club, will be participating in the field day near the observatory at Mingo Creek County Park in Finleyville.

Clubs from all over the United States and Canada will participate. The objective – make as many contacts as possible in 24 hours.

“Ham Radio Field Day is the largest event for ham radio in North America,” said Tom Wright, a member of the WACOM board of directors. “It’s basically ham radio’s open house to the public. We get on the air and try to make as many contacts with other radio operators in the United States or overseas as we can.”

Washington County Department of Public Safety supports the event with some of the county’s emergency equipment.

“It’s a way to showcase the strengths of amateur radio,” said Joe Cadwell, WACOM president. “We’re going to be camping out in a field and will be able to communicate with people all over North America with simple antennas and radios and emergency power.”

Local operators will be among some 40,000 from across the country whose competitive juices will be flowing.

“We usually have five stations on the air at the same time,” Wright explained. “We’ll make thousands of contacts during that time. It’s not really a contest, but they keep score. Everybody tries really hard.”

Bonus points are given for accomplishments such as making a satellite contact, talking to somebody over satellite, using emergency power or having the event in a public location.

Cadwell, of Peters Township, admits the “contest” can get pretty competitive.

“Some groups around the country take it very seriously,” he said. “You’ll contact groups that will be running 20 or 30 stations. There are some groups that have all of their stations on the air for 24 hours.”

Amateur radio, also known as ham radio, is a popular hobby and service that brings people, electronics and communication together. The term “ham” was first used during the 19th century to mock operators with poor Morse-code sending skills. This form of radio proves critical during emergency weather conditions, when cellphone and internet reception is unavailable.

Ham Radio Field Day is open to the public. WACOM members also will help interested parties get on the air and make some contacts, which can also score bonus points in the competition.

A list of all of the field day locations throughout the country can be found at arrl.org/field-day-locator.

WACOM has been affiliated with the American Radio Relay League (ARRL) for more than 40 years and has earned the designation of Special Service Club since 2009.

Club members provide communication support for a number of local events, such as the Run for Alex and the Washington Labor Day 5K. They also run a special event radio station during the Whiskey Rebellion with the call sign “W3R,” or Whiskey Three Rebellion.”

Wright, a former Kirwan Heights volunteer firefighter, has been involved with ham radio since about 2015.

He said when he first moved into his home in Cross Creek Township, there were many power outages, which also resulted in the loss of phone service. Plus, he and his wife like to travel and at times visit places where there is no cellphone service.

“I can pack a little ham radio, a hand-held walkie talkie in my pack and call out on the radio and get somebody if we have an emergency,” he said. “It’s one of those old-school technologies that’s still around and still works. That’s what really got me interested in it. Once I got into it, I just fell in love with it.”

Cadwell said he became involved in 2000 as a result of a class project while a student at McGuffey High School.

Wright said the popularity of ham radio actually has grown in recent years due to factors such as the COVID-19 pandemic.

“We’ve actually gotten new members joining the club over the past couple of years,” Wright said. “They got into it because of COVID. They were home. They were looking for something to do. With the war going on in Europe, people get those fears. They want something other than their cellphone, if that ever goes out. If you lose all communication, ham radio is about the only thing that will still work.”