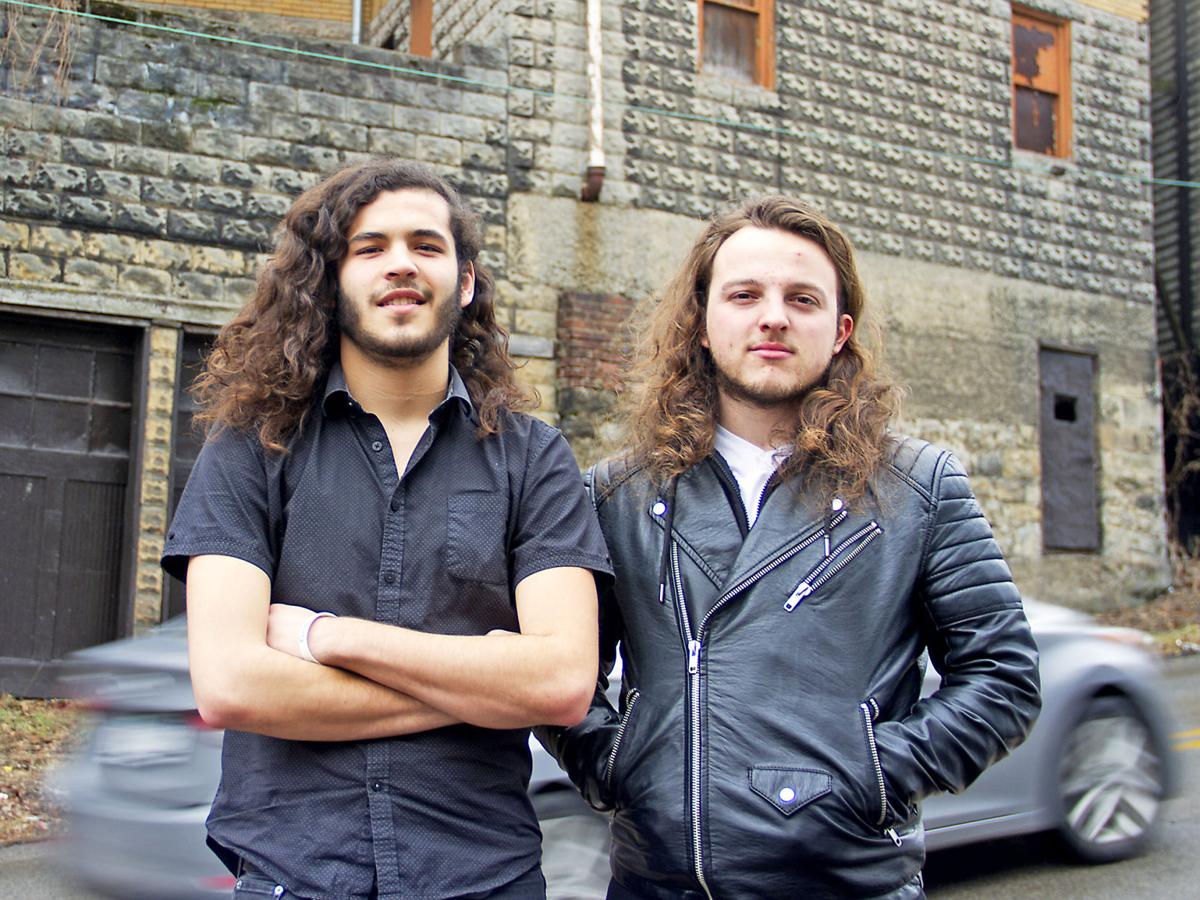 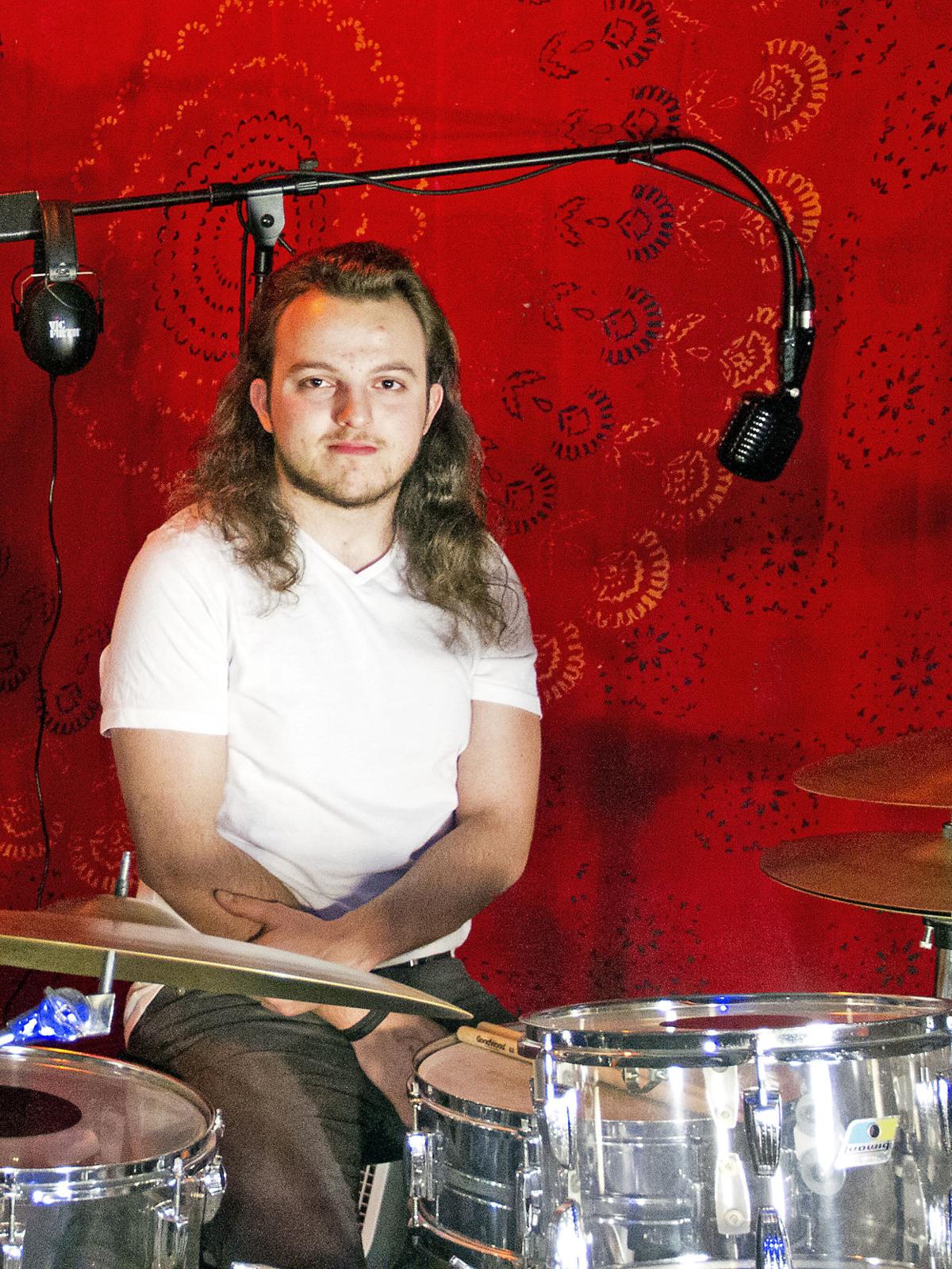 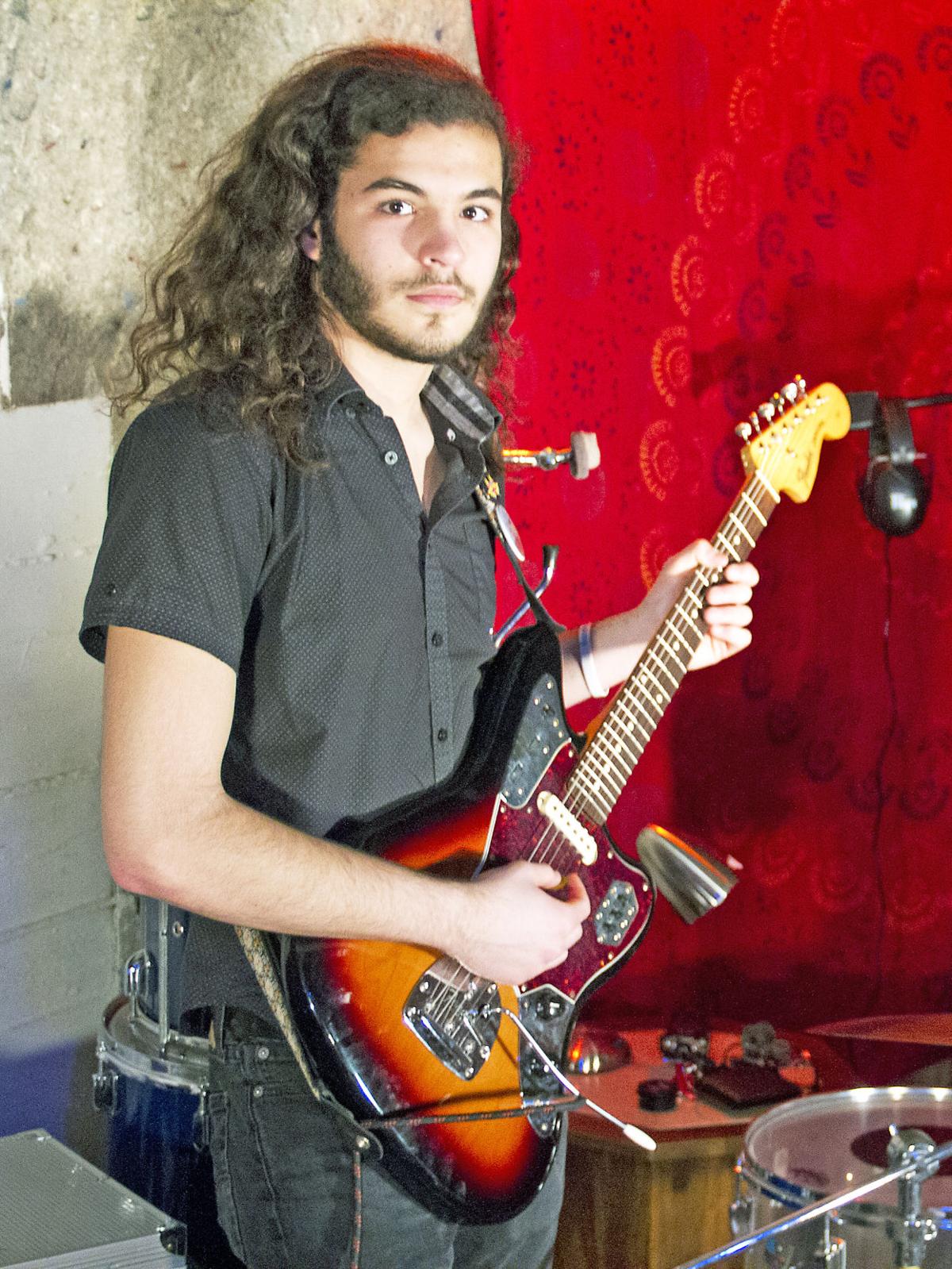 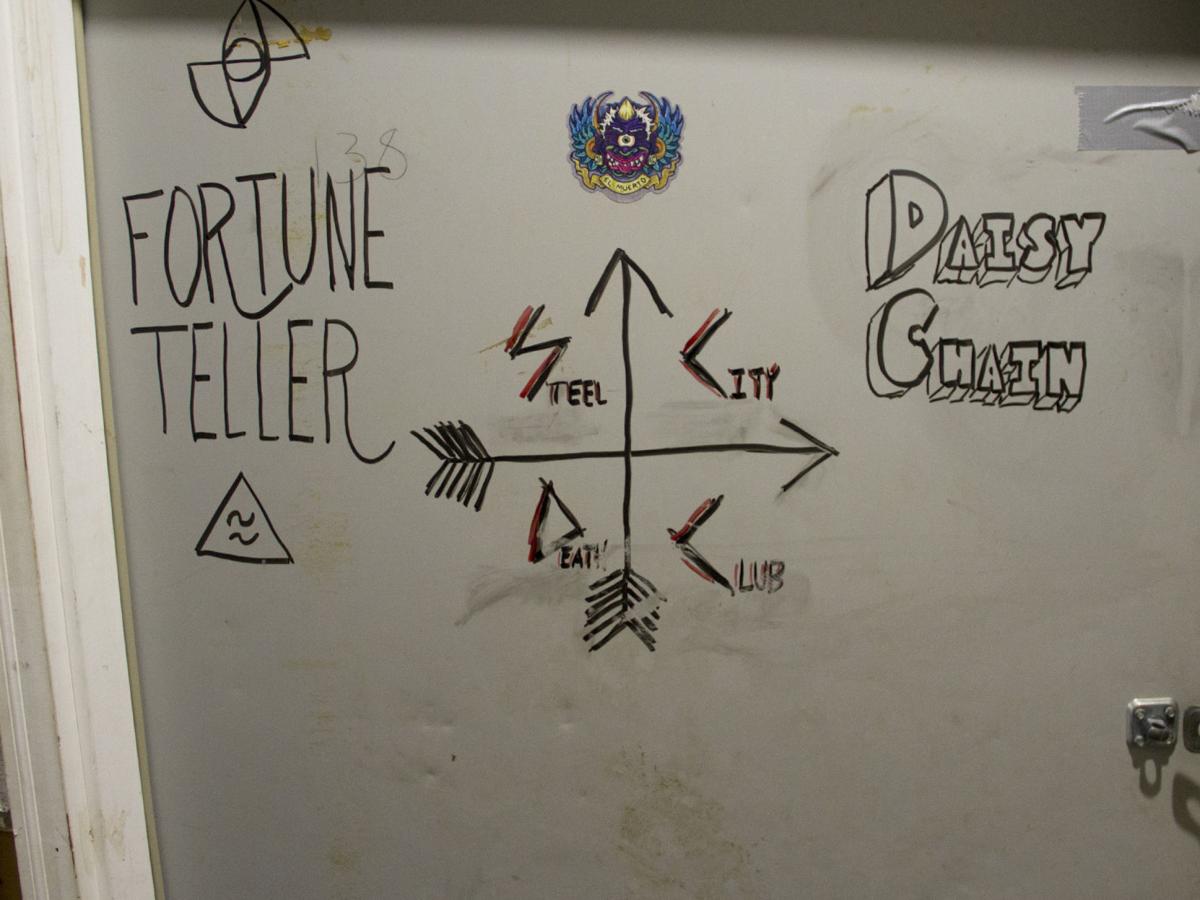 Since October, Giovanni Orsini and J.J. Young have worked on the nine original songs that will constitute their debut album as Fortune Teller, marking the progress of each on a chalkboard hanging prominently on the wall of their subterranean rehearsal space.

They’ve done this gig before, when the duo played in a trio called the Incandescents and everyone still was attending Upper St. Clair High School.

“That last album, we literally recorded a vocal track for it the day before we put it out. You can’t do that,” Young admitted. “We put, like, two months into it, and it was great at the time. We know so much more now. We want to take our time and not be rushed through anything.”

And so he and Orsini get together when their schedules allow to advance the musical cause.

It’s not easy. Both are students – Young at Duquesne University, Orsini at Pittsburgh Institute of Aeronautics – and both have jobs. And they must make the trek from Upper St. Clair to Pittsburgh’s Allentown neighborhood, where the rehearsal space is tucked away among a labyrinth of corridors in an old storage building.

But that suits them just fine: The two of them can, in the Spinal Tap tradition, crank it up to 11 any time they want. Orsini is the primary vocalist and plays electric guitar through a standard guitar amplifier plus two bass amps, and Young’s attack-mode drumming matches him on the volume meter.

Giovanni Orsini explains how Fortune Teller got its name:

“I was at my grandma’s house with my family, and my little brother was looking through one of those classic ‘look at your dream, and here’s a lottery number for it’ books. And he saw something that said, ‘If you had a dream, your number should be, whatever.’”

His “little” bro, by the way, is Antonio Orsini, a running back and linebacker for perennial powerhouse Upper St. Clair High School football team.

“So he told me, ‘You should call your band Fortune Teller.’ I looked him dead in the eye and said, ‘That’s stupid,’” Giovanni continued.

“It’s just two dudes, but they sound so huge,” Young said. “And that inspires me so much, because I want to sound that huge with two dudes.”

Back in high school, he and Orsini, on bass, served as the rhythm section for the Incandescents. Riley Urbano played guitar, but his eventual attending college out of town limited his availability with the band.

“It was basically when Riley couldn’t practice, we’d still want to play,” Orsini said about Fortune Teller’s origin. “So we’d start writing a bunch of these crazy fuzz-rock, overindulgent songs. People responded to it well, which was somewhat surprising.”

Encouraged by such reactions at their shows – which have included trips to Cleveland and Cincinnati, and an upcoming one to Philadelphia – they have turned their two-man group into a serious effort, recording five songs that are available on the Bandcamp online music site and working what simply will be named “Fortune Teller,” tentatively set for a summer release and supporting tour.

“The album is essentially the enhanced version of our live show,” Young said. “The songs that are on it are one-and-a-half, two years old. We’ve been sitting on them and developing them for a while, and because of that, all of them come together as this big thing. It has a story to it.”

Fortune Teller is only part of the musical story for Orsini and Young. The handwritten sign on the door to their rehearsal space, which they affectionately call Steel City Death Club, also says “Daisy Chain,” the name of the trio they’re in with guitarist Ethan Mackowick of Peters Township.

On top of all that, Orsini and Young also perform with the punk-rock Johnny Hates 45’s.

“I’ve never been a fan of a ‘you’re in one band forever’ kind of a thing, because I like having a lot of different projects and outlets,” Orsini explained. “Instead of trying to moderate all of my different ideas into one project, sorry, Mom, but I’ve never been moderate about anything in my life.”

As for Fortune Teller, he’s having a blast with the type of music he and Young want to make:

“If this band ever became a chore, I’d just move on to a different project.”