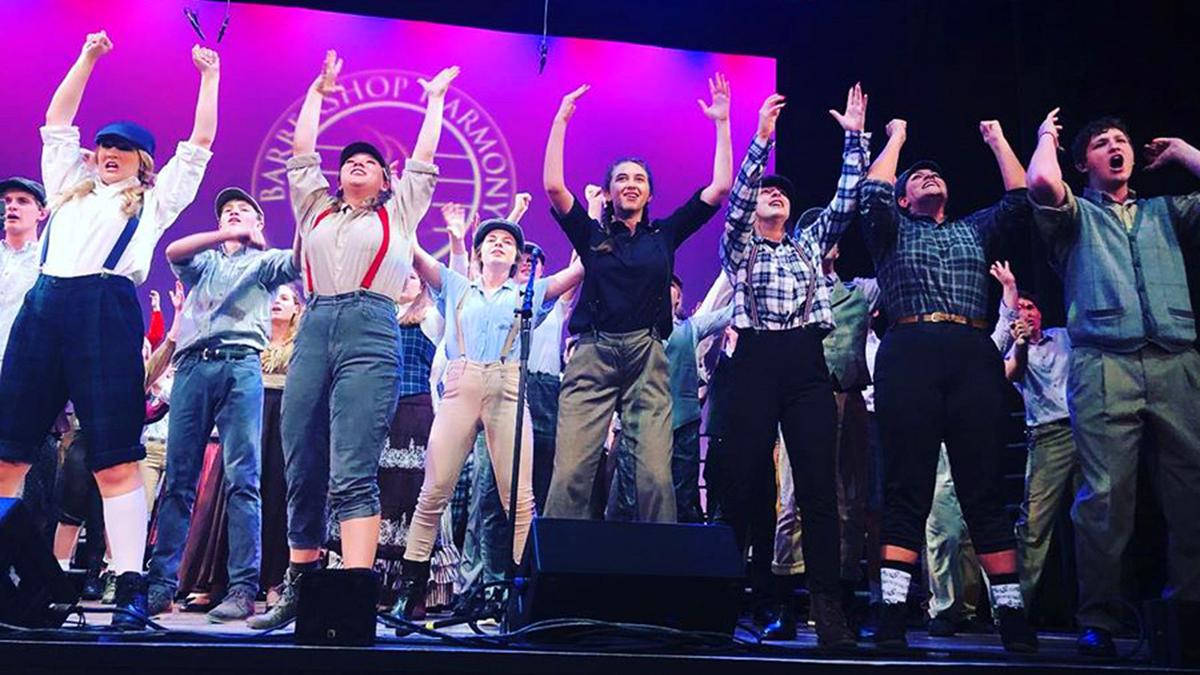 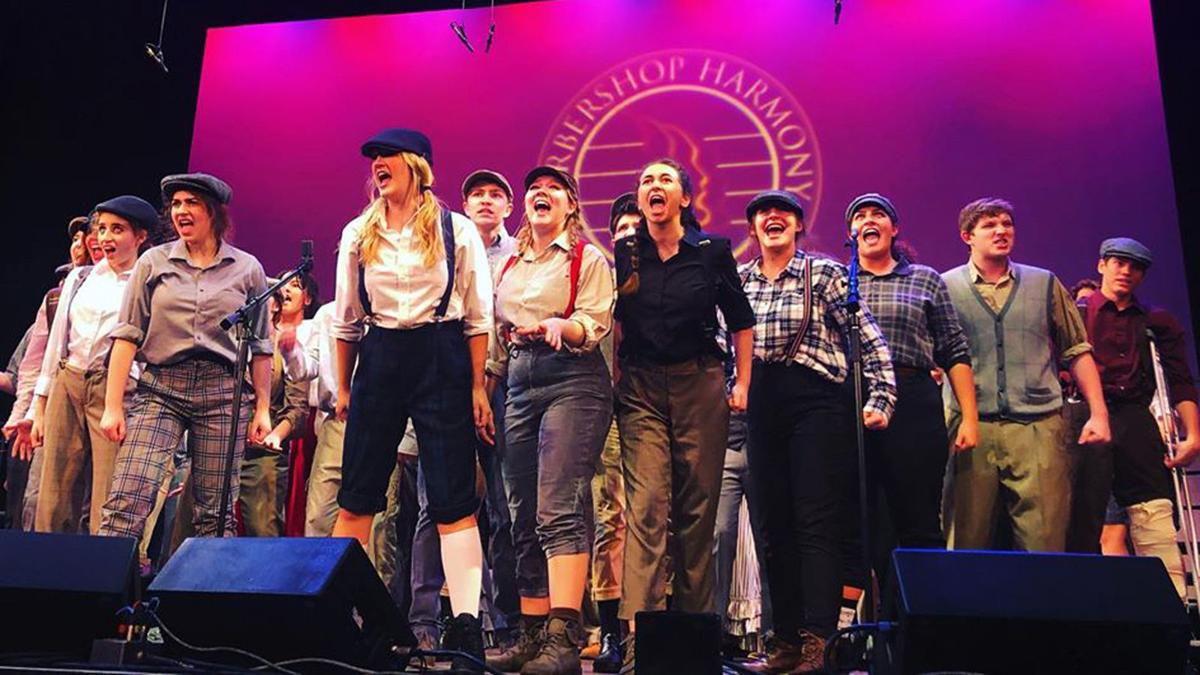 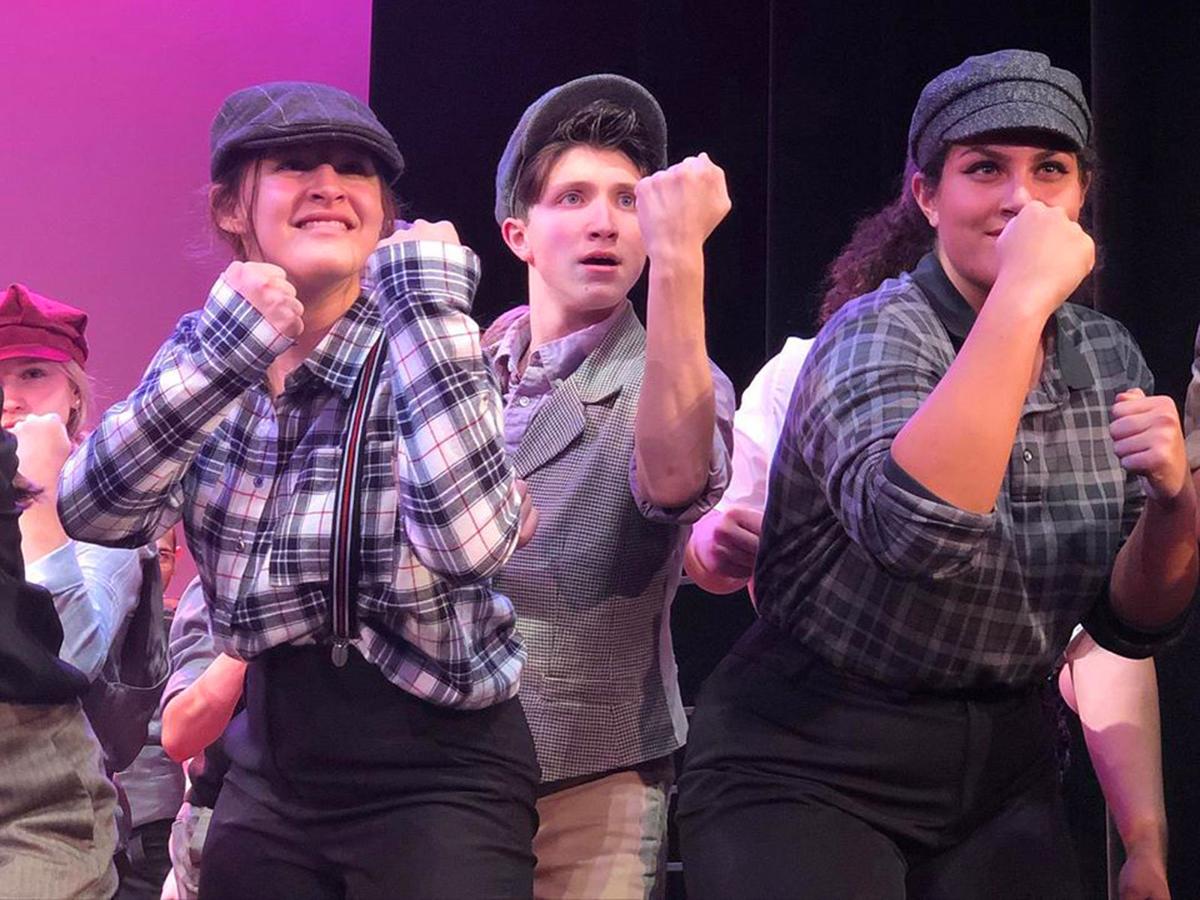 From left are Olivia McCullough, Colin Abt and Sara Parker. 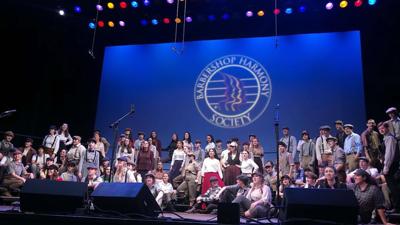 From left are Olivia McCullough, Colin Abt and Sara Parker.

What happens when you take 95 teenagers, put them on a stage in front of a packed house and let them sing?

If they’re Peters Township High School students, the answer is a superior rating, the highest they could receive, and an audience favorite award.

Rowdy Rhythm, the school’s barbershop choir, returned from Jacksonville, Fla., and the Barbershop Harmony Society’s 2020 Midwinter Convention with plenty of accolades, which is commendable under any circumstance.

But consider that the nearly eight dozen students had relatively little opportunity to rehearse together as a group, just four sessions totaling about nine-and-a-half hours, to learn three songs and accompanying choreography for the national competition.

“It’s all in the determination and dedication that the kids have for choir,” senior Lydia Browell said. “If the kids didn’t care, it wouldn’t be able to come together in the short amount of time that we had.”

A four-year veteran of Rowdy Rhythm, which high school director of choral studies Ryan Perrotte founded five years ago, Browell was front and center in Jacksonville as the choir performed three songs with a unifying theme. Opening the set was “Pure Imagination,” written by Leslie Bricusse and Anthony Newley for the 1971 movie “Willy Wonka & the Chocolate Factory.”

“It was kind of about thinking of something on your own, not having someone tell you,” Perrotte said. “And then the second part of it was, if I can dream it, I can do it.”

That would be “If I Can Dream,” composed by Walter Earl Brown and notable for its direct quotations of Martin Luther King Jr. Oh, and that it was performed by a guy named Elvis Presley.

And for the finale:

“Well, what do I have to do to actually execute it?” Perrotte said. “You have to seize the day.”

As a matter of fact, the students performed “Seize the Day” – from the 1992 film Newsies, with music by Alan Menken and lyrics by Jack Feldman – to wrap up the proceedings, complete with turn-of-the-20th-century costumes.

Twelve judges for the Midwinter Convention’s International Next Generation Barbershop Festival conferred the highest rating on Rowdy Rhythm, which competed in Plateau AAA, for groups with 41 or more participants. Only one other group in that category was deemed to be superior, a high school in Arizona that also captured the Plateau AAA Award.

But the Peters Township students received more than adequate consolation.

“When they finally announced the audience favorite, it was total euphoria,” said Elise Romero, another senior who has been in Rowdy Rhythm for four years. “We were screaming and jumping in the really steep seats. It wasn’t really safe, but we were all so excited.”

Their director was, too.

“The most important thing is: Are we entertaining? Is it something that the audience is going to be engaged with?” Perrotte said. “Yeah, you do lose some points sometimes when you have that energy, because the pitch can get off a little bit. So it’s a give-and-take, a tradeoff, and if I had to win one, for me it would have been the audience favorite.

“Coming in second place,” Perrotte added, “is not a bad thing for a national event.”

Rowdy Rhythm’s road to Jacksonville started with students rehearsing in various combinations before uniting as a whole.

“It took some troubleshooting at the large rehearsals,” senior Nolan Taylor said, “because what sounds good in a smaller group, trying to combine it with four times as many people is definitely difficult.”

A member of Rowdy Rhythm since he was a sophomore, Taylor also sang as part of a vocal quartet in Jacksonville, and he likes to travel with his classmates to larger competitions.

“I really, really enjoy barbershop. It’s a big passion of mine,” he said. “So getting to do that is a super-cool opportunity.”

Helping the students prepare for the late-January Midwinter Convention was Don Dressler, who has sung with Perrotte.

“He’ll help us with how our motion connects to the music, if our facial expressions are genuine or if they seem really forced, or just are lacking,” Romero said. “He’s been there for us.”

In turn, she said, members of Rowdy Rhythm like to be there for the audience.