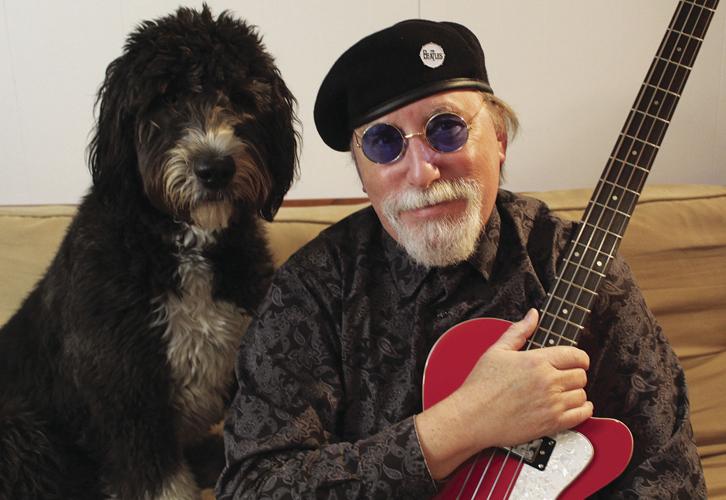 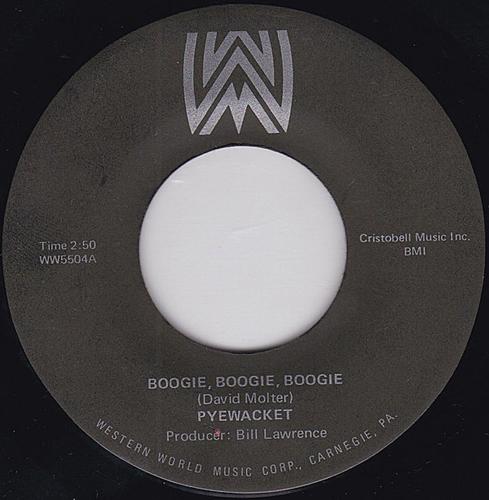 Steve Dudas composed the B-side, “Another Turn Around the Sun.” He since has worked with the likes of Ringo Starr and Ozzy Osbourne. 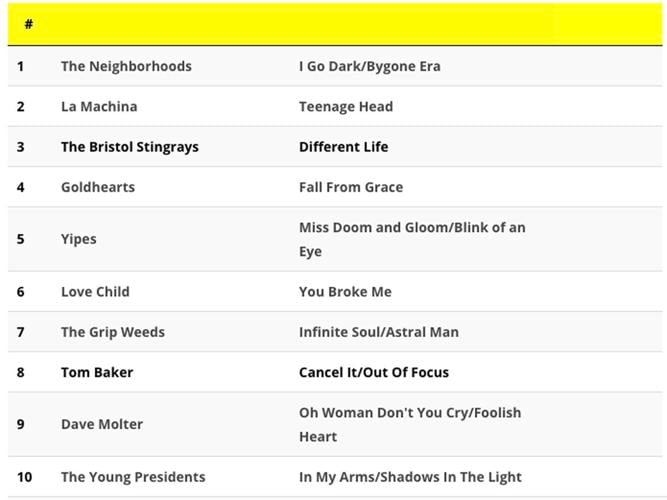 Radio Indie Alliance top songs for the week of Dec. 16: Check out No. 9. 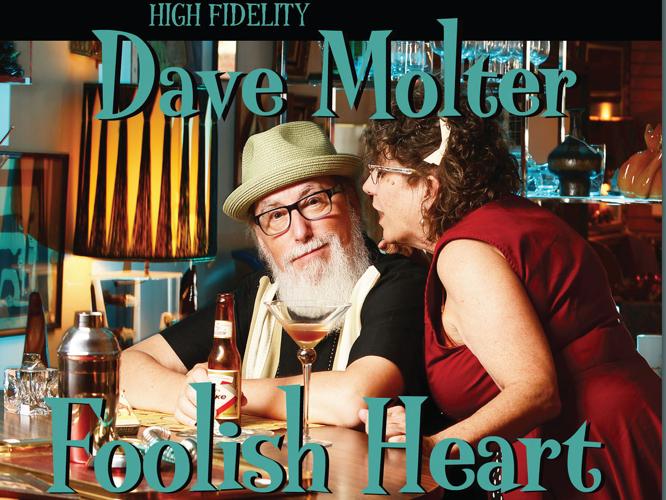 The cover photo for “Foolish Heart” is by Dave Prelosky, taken at Retro on 8th in Homestead. 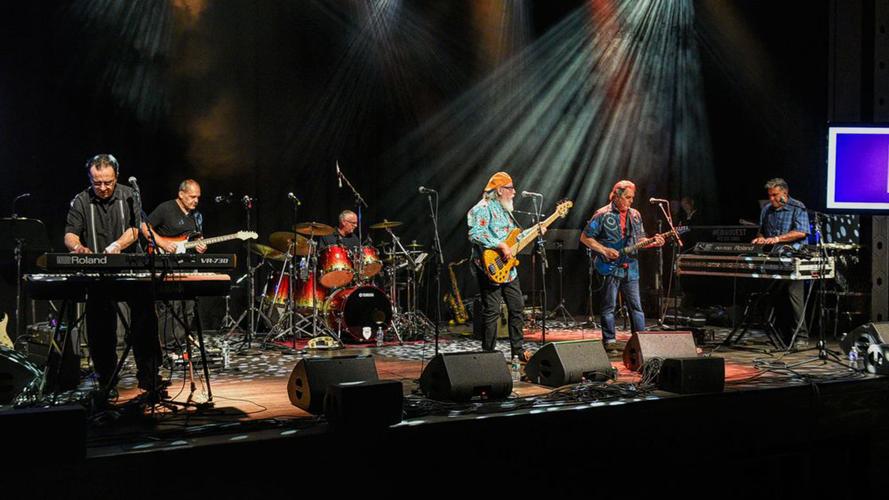 Dave Molter fronts a band for a benefit concert at the Roxian Theatre in McKees Rocks.

Steve Dudas composed the B-side, “Another Turn Around the Sun.” He since has worked with the likes of Ringo Starr and Ozzy Osbourne.

Radio Indie Alliance top songs for the week of Dec. 16: Check out No. 9.

The cover photo for “Foolish Heart” is by Dave Prelosky, taken at Retro on 8th in Homestead.

Dave Molter fronts a band for a benefit concert at the Roxian Theatre in McKees Rocks.

With just a little digging into recordings of the early 1970s, recordings may be found of Dave Molter playing bass on 45s by bands called BlueByrd and, named after the cat in “Bell, Book and Candle,” Pyewacket.

Fast-forward more than a few decades, and the Scott Township resident has released his debut CD, “Foolish Heart,” containing the five original compositions he has put out as singles, including the title track.

That would be, more descriptively, the highly successful title track.

“Foolish Heart” actually made it to the top spot on a station in that particular country, according to the Radio Indie Alliance, something Molter hadn’t really heard of a year ago. He since has learned, in a major way, the alliance provides independent recording artists with an opportunity for chart placement, based on information provided by indie stations globally.

And some folks who broadcast from places in the likes of Japan, Australia and the United Kingdom have become big Dave Molter fans.

“I have another guy in Sweden who just loves me,” he said. “I think he would adopt me if he could.”

You’ve heard of overnight sensations. In his musical pursuits, Molter pretty much is the opposite.

In 1964, he joined the vast majority of American TV viewers in watching a certain band from Liverpool, England, perform on “The Ed Sullivan show.”

“My biggest influence is the Beatles, because without them, I would not have gotten into music,” he said. “It was an epiphany, pretty much.”

Shortly after, he emulated Paul McCartney – well, except for the playing left-handed part – in taking up the bass guitar. And eventually, he played in the aforementioned bands that released a couple of singles, BlueByrd’s cover of Dave Bartholomew’s “I Hear You Knocking” and Pyewacket’s “Boogie Boogie Boogie.”

Molter composed the latter and, in fact, was doing plenty of songwriting at the time.

Then came kind of a sabbatical.

“I stopped playing full-time in the ’70s and got out into the ‘real world,’” he said. “But I always had music in the back of my mind.”

Meanwhile, he had a career as a writer, including stints with newspapers: He continues to produce his award-winning column for the Observer-Reporter.

“I was lucky enough to retire when I turned 65, and I thought, ‘now what am I going to do?’ Well, I’ve got these songs,” he said. So he purchased some recording software and went to work on his original material. “And then I thought, ‘I’m getting older and I really should do something with this stuff.’”

In 2018, he began working with veteran musician and producer Buddy Hall of Dormont on what eventually became the “Foolish Heart” CD.

“We played in bands together, but for some reason we never worked in the studio together,” Molter said. “Buddy listened to the songs and he said, ‘If I hear anything I don’t like, I’ll tell you, because if I don’t like it, I’m not going to work on it.’ I brought him maybe 15 tunes, and out of those, there was only one that he didn’t really feel strongly about.”

The songs selected for the CD represent a mix of styles, reflecting Molter’s own musical background

“When I was growing up, my brother was a big band musician. So my friends were listening to Elvis, and I was listening to Stan Kenton and the Four Freshmen,” he recalled. “You could hear anybody from Nat King Cole to the Four Seasons on your local station.”

In time, Top 40 radio would be carrying some stranger sounds, and Molter captures that late-’60s spirit with the track “Be the Sunshine.”

“I thought, well, I’m not sure. That’s going to be sort of a limited audience, because you have to like psychedelic rock and everything,” he said. “But then I got all these compliments from DJs and other musicians saying, ‘That thing, that’s great. That’s a great tune.’”

More songs on the CD include “Mid-Century Man,” an acknowledged “nod to the Byrds and the Beatles,” and another influenced by the Fab Four, “Tell Me That You Love Me,” which went to No. 1 in Sweden. The extended-play set wraps up with “Fading Away,” which in turn wraps up with a good example of Dave’s way with words:

”I heard you’re leavin’ for a permanent vacation, I got just one thing to say/Drop off my records on your way to the station, I need something to play.”

While Molter and Hall perform most of the music on the CD, joining them are Jim “Doc” Dougherty (slide guitar) and Jason Kendall (saxophone) on “Fading Away,” and Joe Munroe (drums, organ and piano) and Pete Hewlett (backing vocals) on “Foolish Heart.”

Also playing on the title track is Pyewacket guitarist of yesteryear Steve Dudas.

“He was just an amazing player, and everybody knew he wasn’t going to hang around Pittsburgh forever. So Steve moved to L.A.,” Molter recalled. “I’m watching VH1 one day, and it’s ‘Behind the Music’ with Ringo Starr. I really wasn’t paying attention, and I happen to look up and see Steve Dudas playing with Ringo Starr. And I said, ‘Oh, I’m a friend to a famous person.’”

As far as how well the CD turned out, he gives a great deal of credit to Hall.

“I always tell people Buddy is my George Martin,” Molter said, referencing the late legend who brought the Beatles’ recordings to fruition. “The songs would not have been nearly as good if I had done the producing. We kind of co-produced, but 90% of it is Buddy.”

They also have another song that has been released as a single, “Oh Woman Don’t You Cry,” which has its genesis as a ’70s-era composing collaboration with Rich Boguszewski, who played guitar with BlueByrd.

And the plan is to come out later this year with a full-fledged Dave Molter album of a dozen songs or more.

In the meantime, he’s having fun as a septuagenarian musician.

“I think playing keeps you young,” he said. “It certainly helps me.”