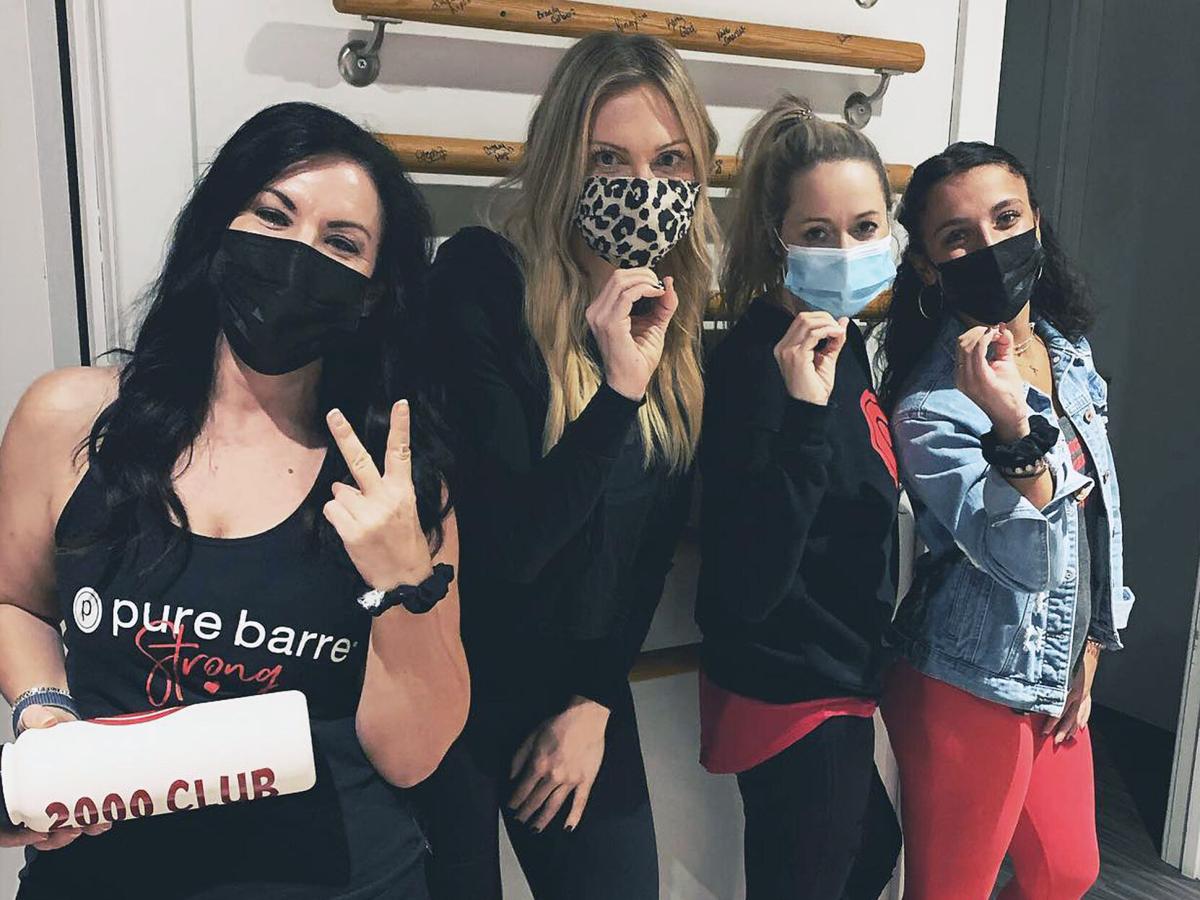 Mer Morgan, at left, is the first member of the 2,000 Club at Pure Barre in Peters Township. 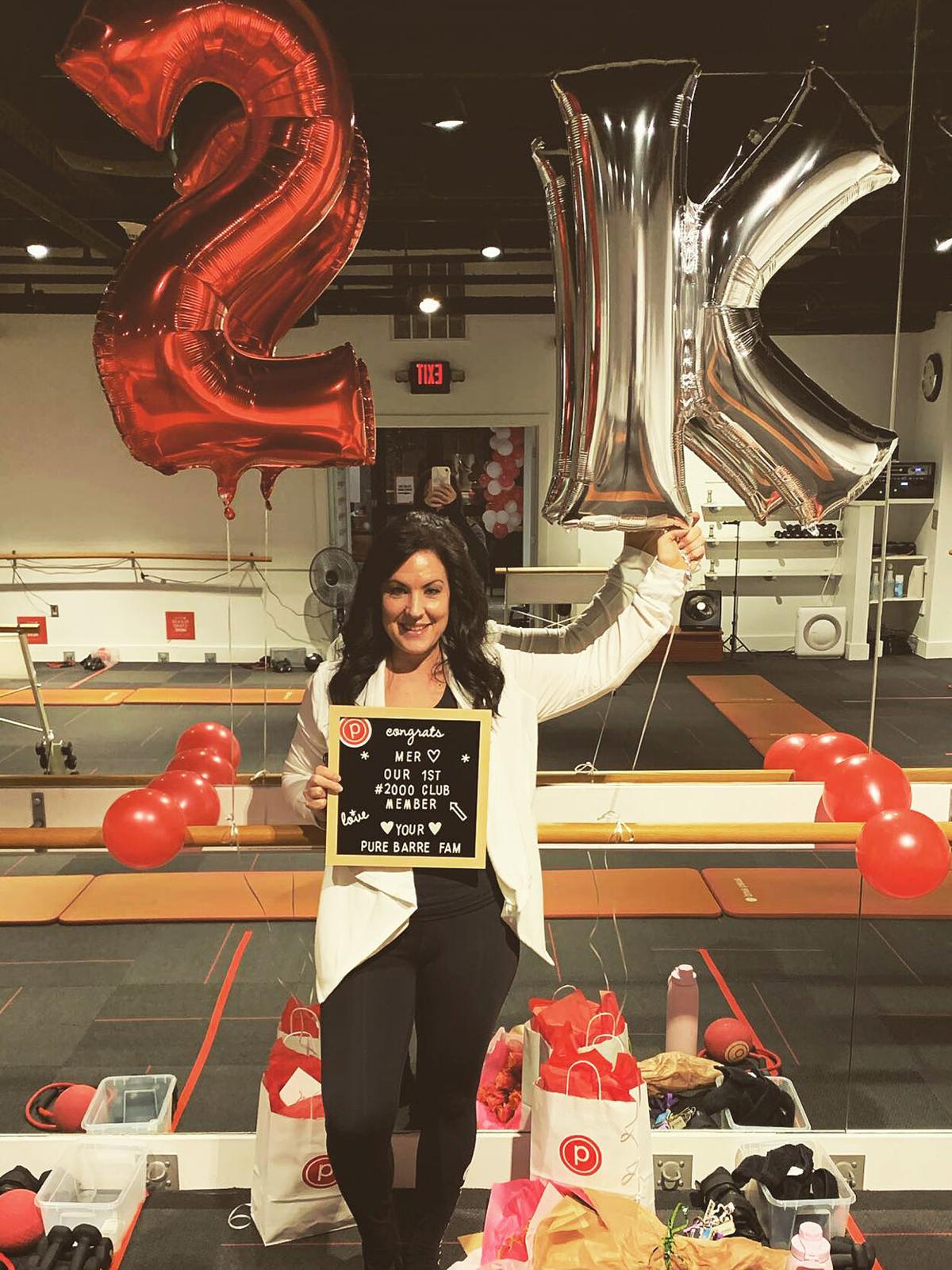 Mer Morgan, at left, is the first member of the 2,000 Club at Pure Barre in Peters Township.

Pedestrians may have the right of way on crosswalks, but drivers don’t always honor it.

For Mer Morgan, getting run down on a Pittsburgh street caused injuries that, among other difficulties, resulted in screws being put in her ankle.

“It was a hard recovery, but I don’t really like to take no for an answer,” she recalled. “So I just did all the physical therapy I could do, and then I really tried to see if I could push myself to do more.”

When it comes to her favorite form of exercise, “more” definitely is the operative word.

In November, Morgan took part in her 2,000th class at Pure Barre in Peters Township, representing nearly eight years’ worth of instructional sessions toward maintaining an impressive degree of physical fitness.

Barre workouts integrate a ballet barre as part of what essentially is a mix of yoga, Pilates and dance.

“I really felt that I needed a combination of something that really worked for me, as well as something that would be a little kinder on my body versus the things that I had been doing,” Morgan said about her gravitating toward the barre.

“You still get that high-intensity workout, but it’s low-impact,” she said. “It’s a lot of small, isolated movements. I like to say it strengthens you from the inside out. You really hit your core, and then you notice the toning everywhere else. You get the long, lean muscle instead of the bulky muscle that you’ll get with just lifting a lot of weights and things like that.”

And the age of participants can vary considerably.

“We have 18-year-olds and we have 70-year-olds,” Wilcox said. “And it’s a great community of women. A lot of my friends now, I met through Pure Barre, and the same with Mer.”

Of course, the COVID-19 pandemic has caused some disruption to the Pure Barre community, especially during the three months or so when the studio was obligated to close.

“I remember being there the day before the restrictions came, and we were talking about it briefly after class, not really knowing what was going to come down the pike,” Morgan said. “They were back online within two days, and it was pretty amazing to see. It was a huge pivot, and they just jumped right in with both feet and made it happen.”

The result has been a continuing series of virtual barre classes.

“We were so grateful for that,” Morgan said. “I always come every day, sometimes even twice a day, and I really wouldn’t want to not do it.”

Pure Barre encourages other clients to be as steadfast in their routines by setting milestones in terms of numbers of workout sessions, and Morgan is the first member of the “2,000 Club.”

Wilcox anticipates others eventually getting there.

“We have a good group of members who have been with us for the whole seven years, and through COVID and everything,” she said. “Everyone has been very supportive and stayed with us, and we’ve done everything we can to try to isolate. We have everything taped off so that everyone is always six feet away. We have to wear masks, and we clean like crazy.”

She has been affiliated Pure Barre since the studio opened, serving as manager before she and sister-in-law Lindsay Wilcox took over ownership four years ago.

Morgan started taking classes in March 2013, and following the hiatus from in-person visits, and other clients were glad to see the studio reopen in a responsible manner.

“We all feel really safe there,” she said, “and that is like our happy place.”