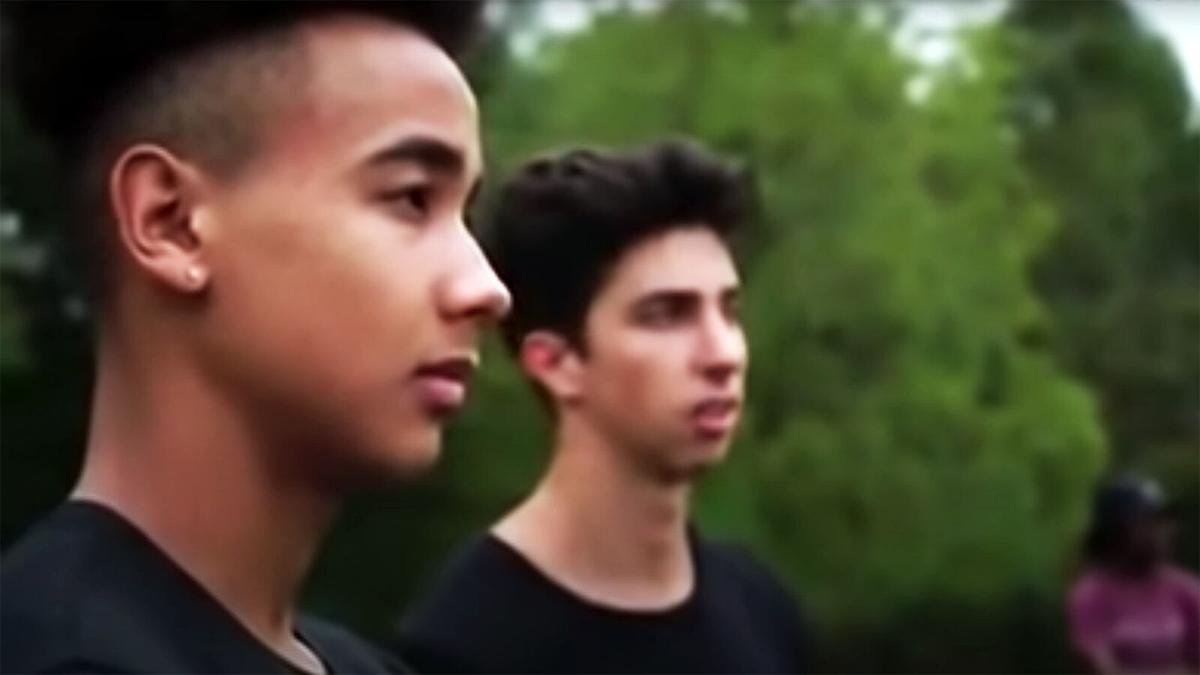 A scene from "Privilege/Class/Social Inequalities Explained in a $100 Race" (Credit: www.linkyear.com) 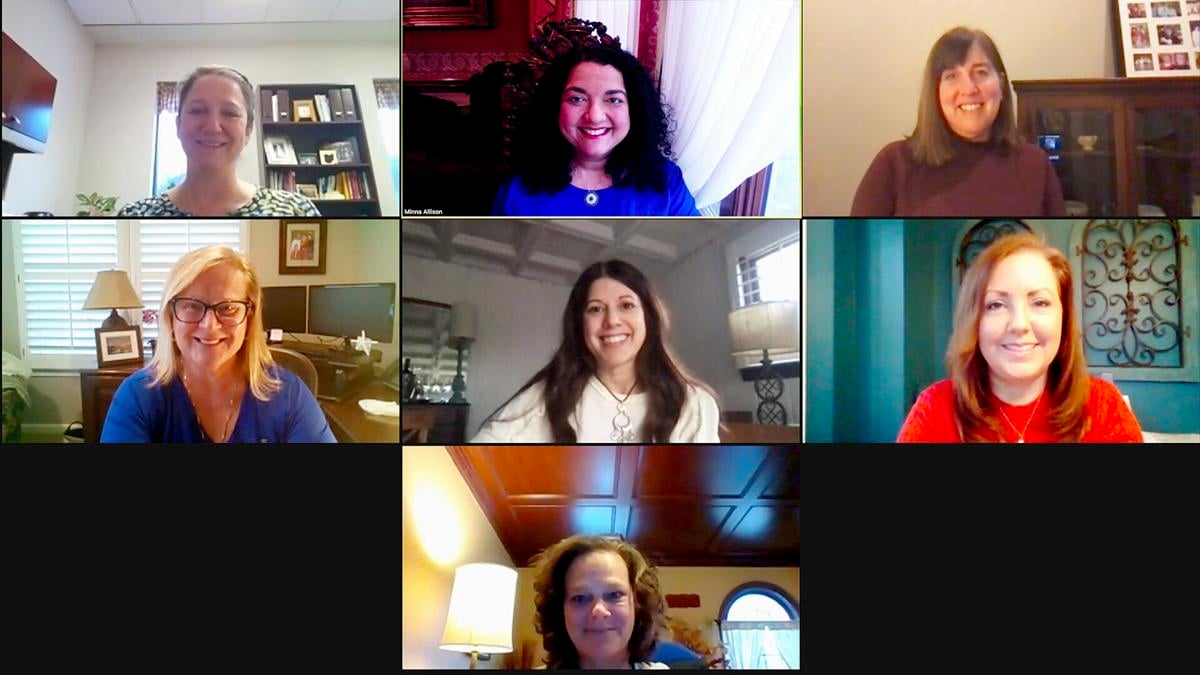 A scene from "Privilege/Class/Social Inequalities Explained in a $100 Race" (Credit: www.linkyear.com)

Editor’s note: This is the second of a three-part series.

Among the wealth of educational materials offered in the Peters Township Racial Equity Challenge is a video of a sprint in which the winner is supposed to receive a cash prize.

Receiving a substantial head start are people who are better off socioeconomically. Stranded near the starting line are those who aren’t.

“I want you guys in the front just to turn around and look,” the leader eventually says, and the general difference in the racial makeup of the two groups is evident.

The takeaway from “Privilege/Class/Social Inequities Explained in $100 Race” is indicative of what members of the Peters Township Year of Kindness Committee had in mind when they organized the challenge, which features 21 days’ worth of food for thought in what is considered the time frame it takes to form a new habit.

“It was a learning experience for me,” participant Scott Blasey said. “At 56 years of age, I never feel like I know everything. There’s the saying that the more you know, the more you realize you don’t know.”

For instance, he was able to broaden his understanding about life’s built-in benefits, or lack thereof.

“I always had this sort of notion that somehow privilege meant that you were given something extra, when really, that’s not what it is,” he said. “Privilege is not having roadblocks put up in front of you because of the color of your skin or because of your religion or because of your gender.

“As a white male, I was given every benefit of the doubt throughout my life, by teachers, by law enforcement on the few occasions I dealt with them, in the job market,” the Peters Township resident and Connellsville native continued. “I can’t imagine what it would ever be like for a gay Black woman to try to achieve the same kinds of things. There are far more roadblocks.”

He and his wife, Denise, included their three daughters, ages 11 to 16, in the challenge as a continuation of setting good examples as parents.

“I think our children see her and me, and now they follow in our footsteps. No matter who people are – regardless of race, regardless of ethnicity, regardless of religion or sexual orientation – we’re very open about that. We talk about LGBTQ rights,” Scott said. “And it was just a real learning experience.”

It also served a similar purpose for Amy Petro, one of the Year of Kindness Committee members who organized the challenge.

“My personal take was that I learned that I have so much to learn. I was much more unaware than I thought I was, and it’s must making me want to keep learning and keep questioning, and keep talking with others and learning other perspectives,” she said. “Until I started getting into all of this material and talking with others, I just didn’t realize how bad it really is still, sometimes, for people in different places.”

She provided an example.

“You would hear celebrities on television saying how they had to coach their children on, if they got pulled over by the cops, what to say and what not to say,” she said. “So there are times when I feel like I’m still living under a rock.”

“It was calm, civil, kind discussion,” Petro said. “There was no hate. There were no personal attacks. There was no yelling. It was so nice to be able to talk about such a heated topic in such a calm, positive way.”

“It was a lot of our sharing our personal stories, and it was nice to have a safe space where we had said to begin with, nothing goes outside of these Zoom meetings,” she said. “Everything is confidential.”

She also found the challenge’s educational component to be strong.

“It was easily digestible. You’re getting it in 15-minute chunks, which you can easily do,” Brown said about the approximate time to be spent daily on the three weeks’ worth of material for contemplation and reflection.

“And it’s not condescending. It assumes you know nothing, but at the same time, speaking to you like you know everything,” she added. “They were really great miniature pieces that spoke to us like the empathetic adults we are, but assuming that we’re coming in with very little awareness of the actual issue.”

Margo Petro, Amy’s mother-in-law and a Mt. Lebanon resident, joins those who view their experiences with the challenge to be positive.

“I really was very, very well done,” she said. “The resources were phenomenal, and I did learn something. I figured, well, I know a lot about it.”

As a retired New Jersey teacher who grew up in a relatively diverse area near New York City, “I thought I had a good handle on it, but I have lived in kind of homogenous areas since then. So this was a really good course,” she said.

For Peters Township Fire Department Chief Michael McLaughlin, taking part in the challenge represented an extension of what he and fellow firefighters encounter in their line of duty.

“We have to serve everybody equally, regardless of race, age, sex, color, whatever it might be. Everybody gets the same treatment from us, no matter what,” he said. “I started to realize that, even though I have those values, not everybody does. And that’s not through many faults of their own.”

A Peters resident for most of his life, McLaughlin acknowledges a lack of diversity in his own background, and the challenge has offered some new perspective.

“It’s awareness that certain situations do exist that I never knew existed before,” he said. “Bringing that into my vision, I see it as a Rolodex of information, and now I have that card filled out to say, hey, I’ve seen this before. I recognize it, and this is what it could be.”

Another Petro family member – Amy’s husband, Mike – spoke about the challenge with regard to living in Peters Township.

“We’re privileged in that we don’t even have to think about race and inequities. We’re in a corner of the world where it doesn’t even cross our minds, because the overwhelming majority of the people look like us, act like us, come from similar backgrounds,” Petro said.

“Having this class kind of made you realize a whole lot more about how race and ethnicity doesn’t even come into our mindset,” he continued. “It’s good to kind of check yourself a little bit and realize, OK, it’s a huge privilege to not have to worry about that. But it’s not realistic for the rest of the world.”

Further discussions on the program’s content are scheduled via Zoom for March 24 and April 14.