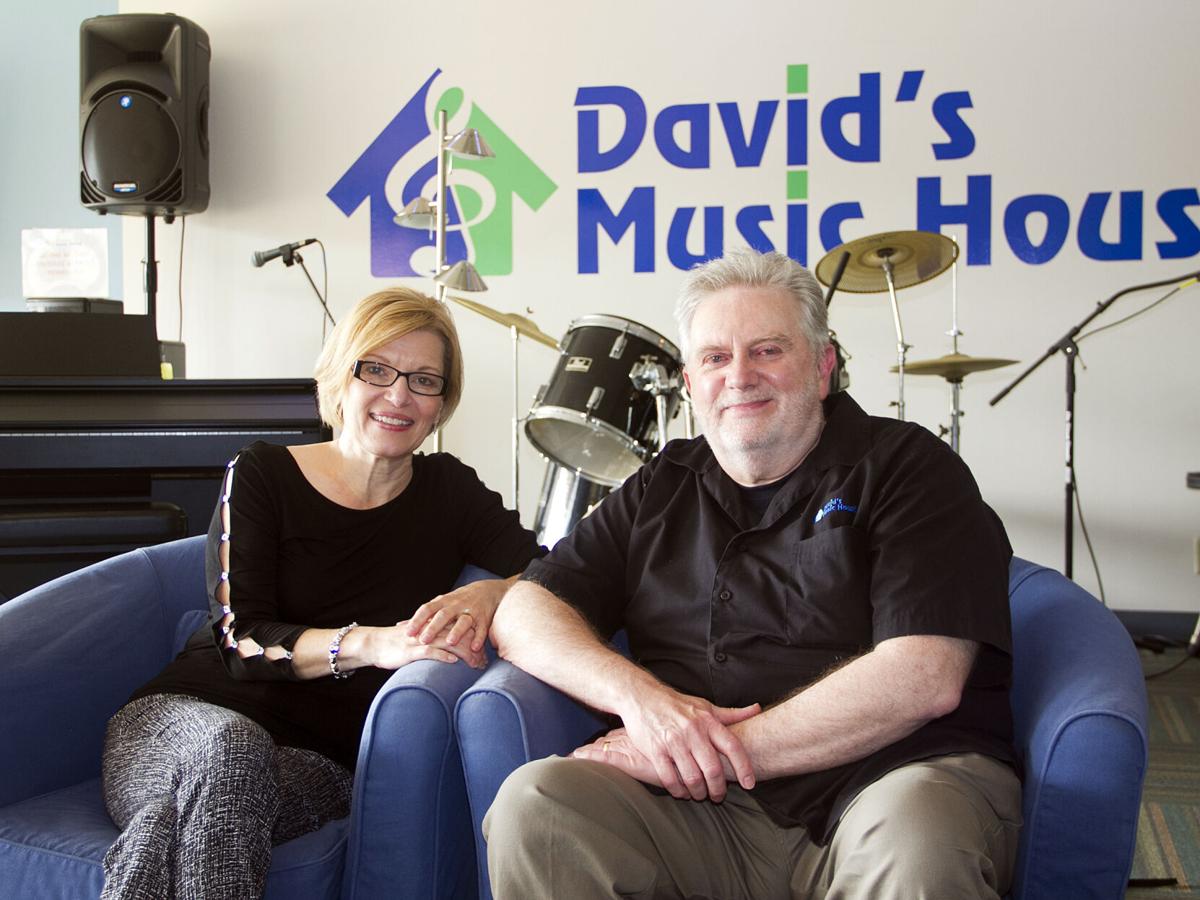 Anita and David Lindberg relax in the Big Living Room. 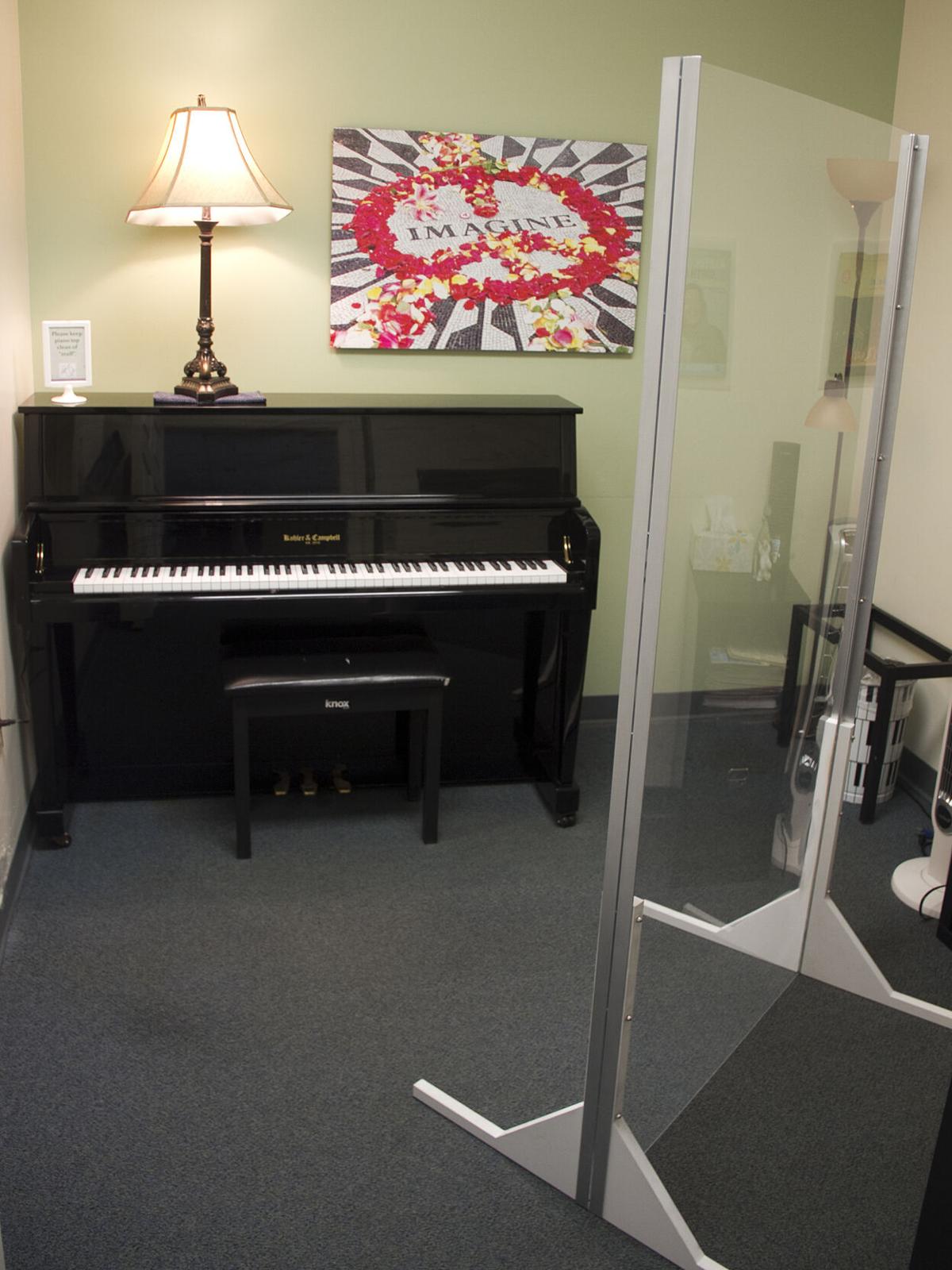 A transparent screen separates students and instructors in one of the lesson rooms. 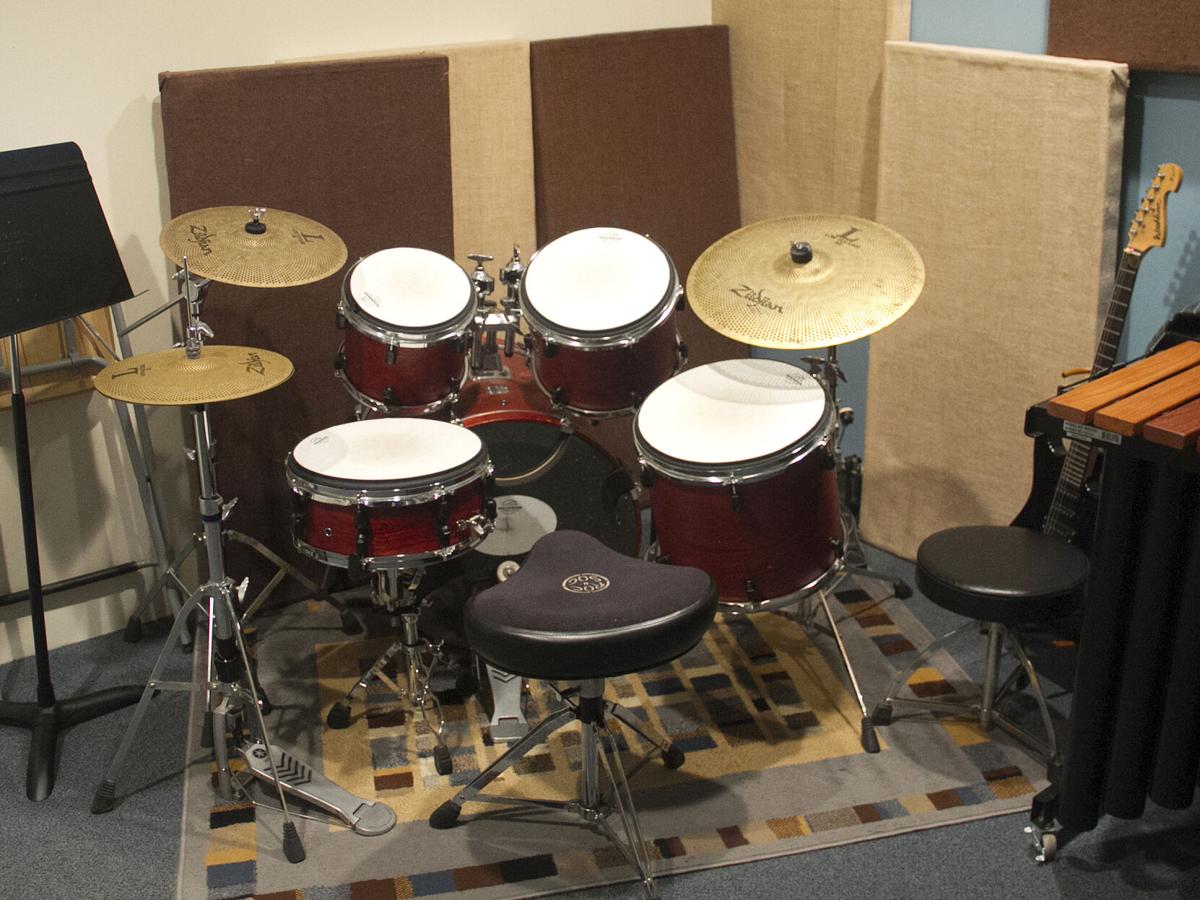 Anita and David Lindberg relax in the Big Living Room.

A transparent screen separates students and instructors in one of the lesson rooms.

Ten years ago this month – on the date notated as 10/10/10, as a matter of fact – David’s Music House Inc. marked its grand opening with an afternoon of concerts in the parking lot of its Waterdam Plaza location.

Celebrating a decade in operation certainly won’t be the same.

“The teachers have been sending me some pictures and videos, and we’re putting together a nice video of kids performing, since we can’t do it here,” Anita Lindberg said.

She and her husband – who is named David – are among the ranks of business owners throughout the world who continue to cope with limitations caused by COVID-19. In their case, a main concern has been providing the means for students to keep up with their music lessons.

“I’ve never been a big believer in remote or virtual learning, because there’s a lot you lose. But it’s been a great tool at this time,” David Lindberg said. “Now, it’s not so much of a big, scary ‘how does that work?’ We’re learning it.”

Still, the pandemic had an effect.

“We took a little bit of a hit with some people who did not want to participate in the virtual lessons. But overall, we were able to maintain a lot of our student base, and now we have some of them back,” Anita said. “Woodwinds, brass and voice are still virtual, but the rest are slowly coming in, and the teachers are so happy to be back.”

The environment has changed a bit, of course, with transparent acrylic shields abounding for the sake of everyone’s protection. Lessons are staggered so as not to have an abundance of occupants, and cleaning is nearly constant.

For the students who soldiered on with their lessons throughout the spring and summer, the Lindbergs offered a discount.

“We felt we needed to give back to them because our doors would have shut had they said no,” Anita said.

Although the doors remain open, fewer opportunities are available to enjoy what David’s always has offered.

“I had in mind this concept of the living-room, coffee-shop, gather-around atmosphere and teaching music,” David Lindberg said. “I wanted a performance area to not just teach the lessons, but in-house, give the kids experience onstage.”

As such, the venue features an expansive area that he and Anita do call the Big Living Room, which also serves as a nice place for parents to hang out while their children are taking lessons. David remembers his own such experiences with his two daughters.

“We waited in cars in driveways, sat on couches with cats jumping on us in basements, and I wanted something nicer for everyone to sit in,” he said.

The welcoming atmosphere promotes another aspect of what David envisions.

“My goal is to make kids be kinder, more thoughtful, more proud of themselves, and with some humility,” he said. “The best way to do that, I feel, is music.”

His hope is for youngsters to take such values to heart.

“All these are going to just make them stronger people in their lives, and I think that’s what drives the place,” he said. “We’ve been able to convey that to the community, to the parents who come here, that there’s more going on here than just taking music lessons and going out the door.”

“It kind of ran its course,” he said. “It was a good company, a good job, but I never got to express my true creativity, like I thought I would in IT.”

Eventually, he took a buyout package and decided to express himself by opening a business in the township where he lived at the time.

“I kind of took that leap of faith, which was a big one for me because I have never been a risk taker in my life,” he said.

He guided the business pretty much by himself for the first few years. Then Anita, who worked for the same company he had left, decided to make her own exit and devote her efforts to the Music House.

“David gave me the title of VP of customer happiness. That is my job, to keep people happy,” she said. “I love people. I love socializing. So I couldn’t have asked for a better job. That’s for sure. After 31 years of a corporate job, it was nice to be a part of David’s world.”

The Lindbergs, now North Strabane Township residents, join everyone else in looking forward to a post-pandemic world, one in which David’s Music House can grow.

“I have this bigger vision of what we do here but more encompassing,” David said, “because my goal is the same thing, to do more for people to have a place to come to enjoy music, to enjoy the arts and to share them.”

In the meantime, Anita looks forward to celebrating the 10th anniversary, even belatedly, in style.

“We still want to have the big bash,” she said.