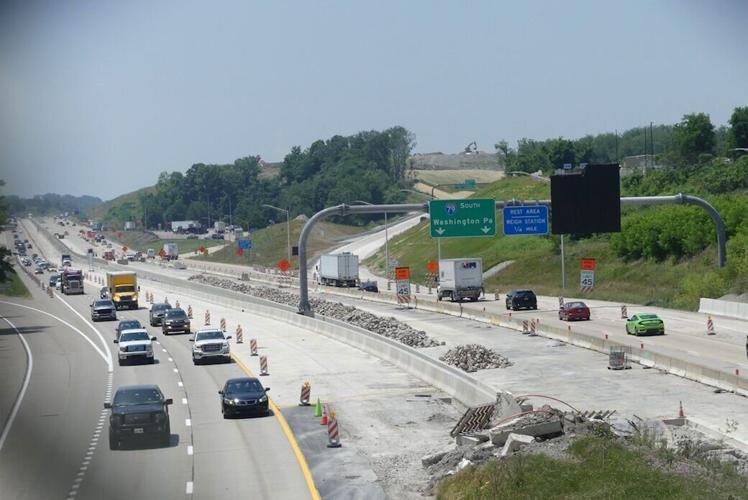 The on-ramp to the Southern Beltway from Interstate 79 south near Bridgeville will open to traffic Friday, while the widening project on the interstate is expected to be completed in August. 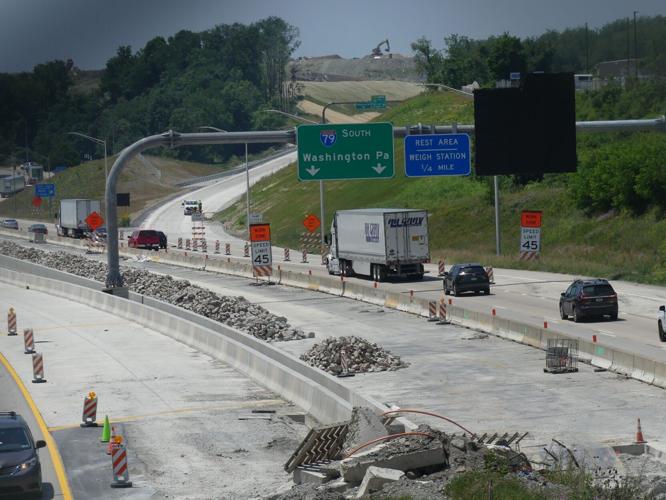 The on-ramp to the Southern Beltway from Interstate 79 south near Bridgeville will open to traffic Friday.

The on-ramp to the Southern Beltway from Interstate 79 south near Bridgeville will open to traffic Friday, while the widening project on the interstate is expected to be completed in August.

The on-ramp to the Southern Beltway from Interstate 79 south near Bridgeville will open to traffic Friday.

All on-ramps and exits around the Southern Beltway interchange at Interstate 79 were expected to open to motorists Friday as construction crews put the finishing touches on the project.

While the 13-mile toll road opened to traffic Oct. 15, only some of the ramps around the I-79 interchange were accessible to vehicles over the past eight months.

That will change no later than 6 p.m. Friday, when the Pennsylvania Turnpike opens all of the other ramps to traffic, spokeswoman Renee Colburn said.

“All of those connections will be done,” Colburn said last week.

In addition to all of the ramps from I-79 being open, motorists will also now be able exit the Southern Beltway onto Morganza Road. Drivers will also be able to drive from Morganza Road onto I-79 South.

“Those are the movements that need to be open Friday,” she said.

After Friday, motorists traveling in all directions will have a straight shot to Pittsburgh International Airport using the Southern Beltway and 6-mile Findlay Connector.

While construction will be mostly completed on the ramps and exits, there will still be orange barrels and restricted speeds through that area of I-79 as crews continue working to widen the highway. The Turnpike is leading the widening project to add a third lane to the interstate in collaboration with the state Department of Transportation. That work is expected to be completed in August.

“We were building an extra lane into the median in both directions. It’s an agreement with PennDOT we had. PennDOT is reimbursing (the Pennsylvania Tunrpike) for the work on 79 itself with those extra lanes,” Colburn said. “Because we were already there and were already working, we decided to help them out with that.”

After decades in the planning state, the Turnpike broke ground on the Southern Beltway in May 2014 with expectation the $900 million toll road would be fully open by this year.

Mike Jones has been a news reporter since 2005, covering crime, state and municipal government, education and energy. He has worked at the Wheeling Intelligencer, Observer-Reporter, Charleston (W.Va.) Daily Mail and Patch.com.