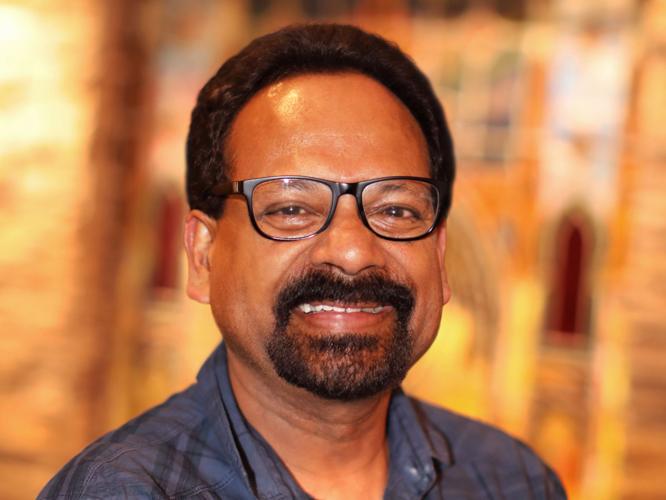 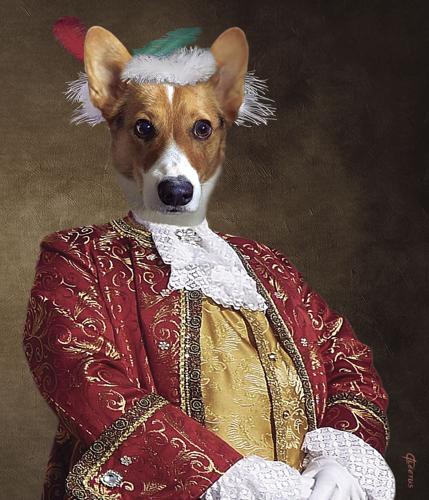 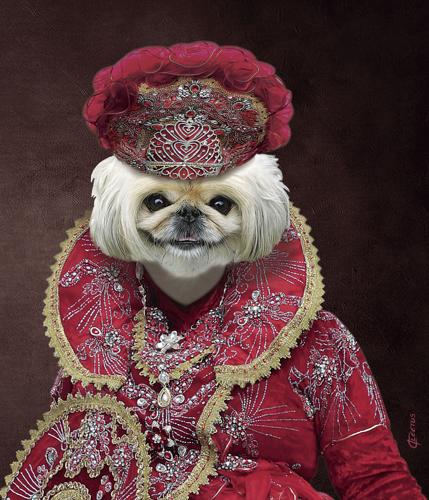 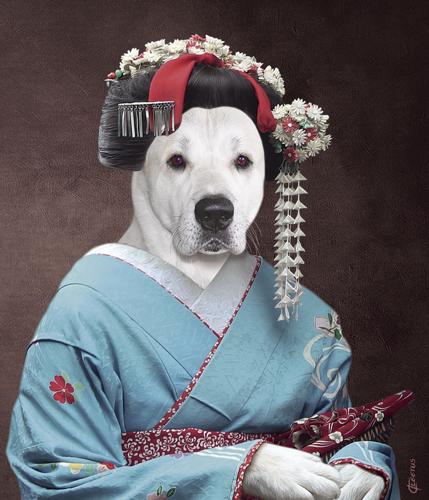 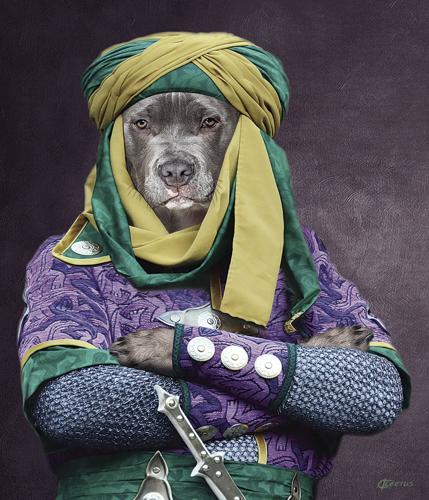 If you’ve been thinking that television has gone to the dogs, well …

Some outside-the-box-thinking souls have implemented DOGTV, with programming specifically aimed at, yes, our canine friends.

“Instead of dogs having to sit by the window watching cars and other things go by, they have a show on TV,” Upper St. Clair resident Francis Cleetus said. “They can just sit and watch the show.”

The phenomenon caught his attention, as did other activities people have come up with for the benefit of Fido and Rex.

“I was also reading that dogs, apart from service animals, are never allowed into art galleries and museums. So people came up with art shows just for dogs,” Cleetus said. “Then I started thinking: You know, if they have art shows for dogs, why not private art galleries that we can set up for dogs?”

And so began Cleetus’ latest in a long line of creative projects, Art for Arf.

“The idea for my collection was a bunch of paintings made just for dogs, hung on the wall at the dog’s eye level,” he said, from picturesque scenarios depicting rainbows and sunsets to images incorporating the likes of Frisbees and chewed-up tennis balls. “But the highlight is the fire hydrant, because no matter what, that is the thing that stands out in the mind of a dog.”

As a matter of fact, he has a prop hydrant in his studio, ready to make use of it for artistic purposes. He also draws on past practices for canine-related inspiration.

“In the 16th century, they used to do still lifes of their hunts, which would have geese and partridges and all these different animals from the hunt, plus the fresh fruit and vegetables from the garden, laid out beautifully,” he said. “In the same vein, this is with dog food.”

Not only that, Cleetus can incorporate your pooch’s image into any number of portraits. Just envision Rover as a duke, baroness or geisha, and you get the, uh, picture.

Art for Arf is on display for sale at the three Healthy Pet Products stores, including one in Peters Township. They carry only all-natural and organic products.

“They’re a very popular store because people want to go the extra mile to do the right thing for the pets,” Cleetus said. “That’s where I thought my products would fit in, because it’s going the extra mile, trying to do something that would be enjoyed by the dogs.”

It may come as a surprise that such artistic ingenuity came from a man who majored in organic chemistry in his native India.

“Why did I do it? All my friends were doing it, and at that time, it seemed like a good idea,” he explained.

So did working for Firestone, which recruited him from college and gave him a job as quality-control analyst and production supervisor.

“I operated this mixer that would mix carbon, rubber, sulfur and other ingredients to make the black stuff that is needed for making the tire,” he recalled. “I lasted for a little over a year, because that’s not what I wanted to do with my life.”

What he wanted to do was something creative, so he returned to school to study advertising management, learning how to write copy for promotional purposes.

“All the art stuff was self-taught,” he said. “And mind you, we didn’t have YouTube in those days.”

His efforts paid off in a position with marketing and branding firm FCB India, where he met a writer named Maneesha Kumar. Eventually, they got married and went to Hong Kong for their honeymoon.

“We were in Hong Kong for about 10 days, and one day she wanted to go shopping,” Cleetus recalled. “But I said, ‘You know, I have my little portfolio with me. You go shopping. I’ll go show my book to a few people.’ And guess what? Luckily, I got a job, and we stayed on for almost 10 years.”

The Cleetus family made their way to the United States when Francis took a position with an agency called Doe-Anderson in Kentucky’s largest city.

“I still remember getting, like, 300 emails from people with just one word in it: Louisville?” he said, emphasizing the question mark. “So I used to tell them, ‘It’s where KFC started.’ In fact, I did a moving card when we left Hong Kong that had a black-and-white picture of Col. Sanders, and all it said was: ‘My daughter is in love with this man, so we are moving to Kentucky.’”

His sense of humor, by the way, also is evident in “It’s-geek-2-me,” Cleetus’ cartoon series that chronicles the quirky and unpredictable stories of an eclectic group of “techies.”

About 14 years ago, the Cleetus family arrived in the Pittsburgh area, with Francis going to work at the regional office of national advertising firm MARC USA. He has held other positions in the area since then.

“On the side, I’ve always been painting and sculpting and drawing,” he said, and his work has been displayed in Greater Pittsburgh Arts Council shows, including his solo exhibit “Karmalogue” in 2018.

These days, his efforts are concentrated on brightening the lives of dogs. And by extension, that tends to put smiles on the faces of the folks who go the extra mile for man’s best friend.