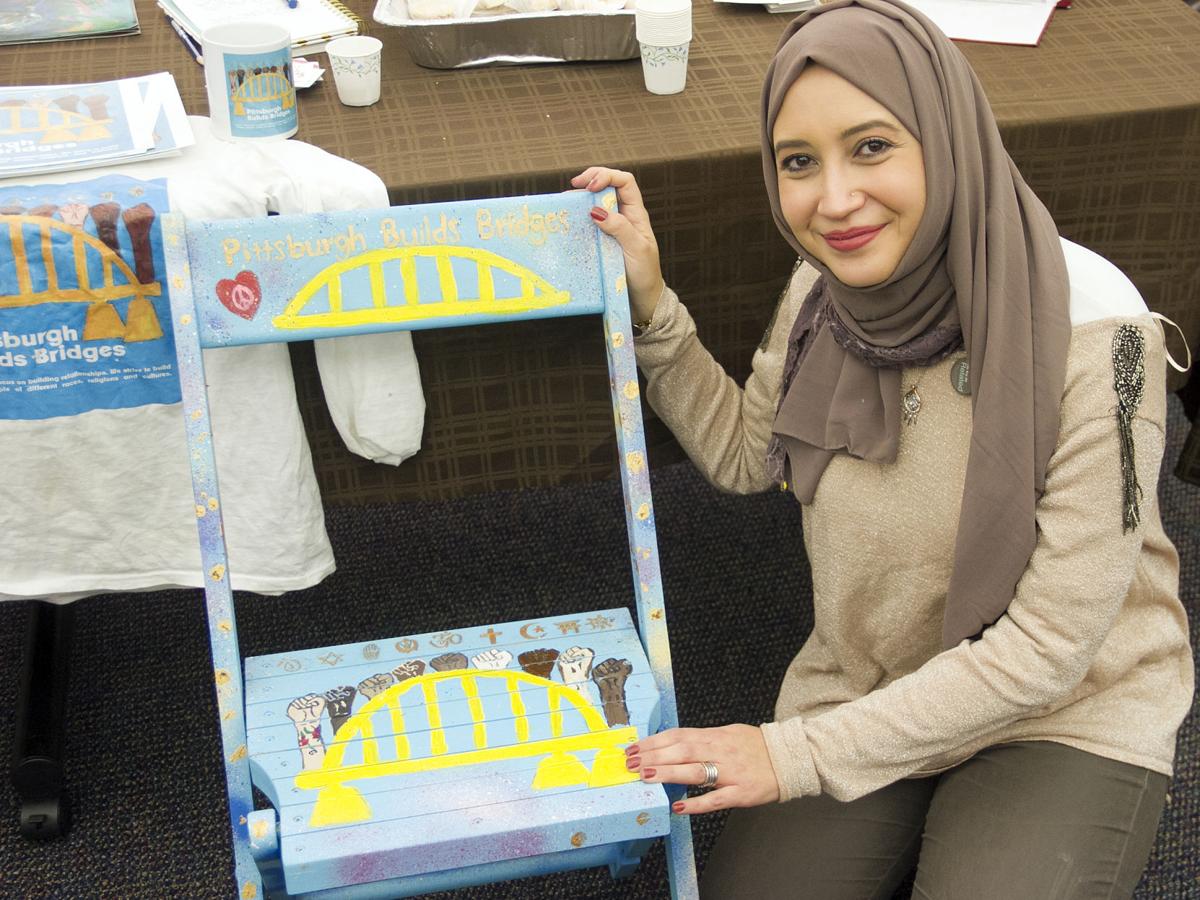 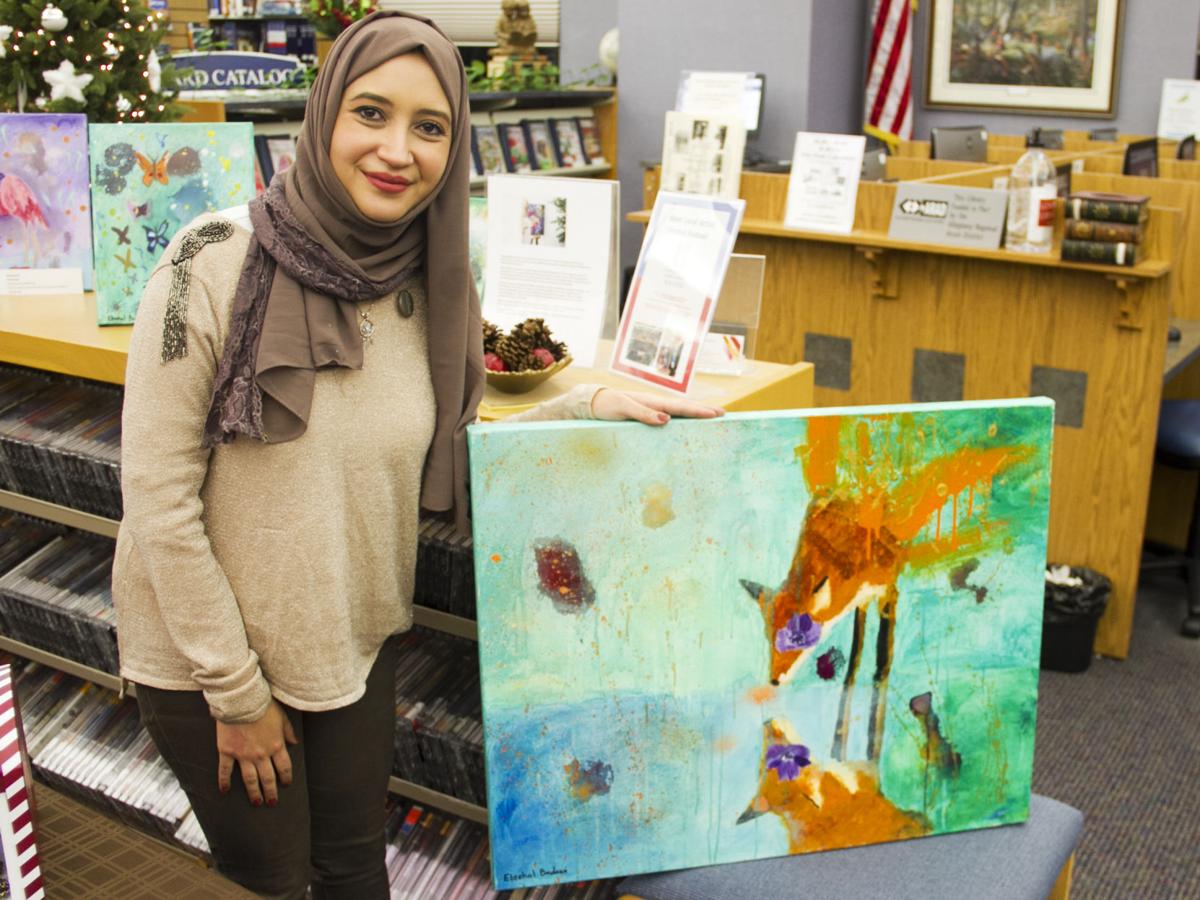 Artwork depicting a bridge as a symbol of unity would seem like a natural for VisitPITTSBURGH’s 90 Painted Chairs program.

And so South Hills artist Ebtehal Badawi has adapted her painting “Pittsburgh Builds Bridges” to grace one of the seats in the latest component of the regional tourism marketing and promotion agency’s award-winning “Pull Up A Chair” welcoming campaign.

“They say Pittsburghers are very friendly,” Badawi said. “They pull up a chair and let you sit next to them.”

Her contribution was on display as she wrapped up a December exhibit of her art at her hometown Jefferson Hills Public Library, prior to her donating it to the 90 Painted Chairs cause. The work of all participating artists will be auctioned off, with the proceeds donated to charity.

But Badawi, a member of the McMurray Art League, is far from finished with “Pittsburgh Builds Bridges,” which features hands of different colors accompanied by a variety of religious symbols. For instance, she made a poster version for distribution to area schools and other organizations.

“I’m trying now to find a wall to paint ‘Pittsburgh Builds Bridges’ as a mural,” she said, and she would like to do so in conjunction with one or more of the city’s professional sports teams, which have a natural tendency to unite the region’s residents while featuring players of numerous ethnicities.

As 2020 approaches, Badawi has been persistent in garnering support for the mural project and tracking down a location. Or perhaps it might be more than one, based on an idea provided to her during an inquiry into a potential North Side spot.

“I can paint it on wood, and then hook it on the wall,” she explained. “And then I thought, maybe I can do that and move it throughout the city: Instead of putting it one place, move it to more places.”

In the meantime, her work is on display as part of Stones & Roses, a multimedia art exhibit that runs through April 21 at East End Cooperative Ministry, 6140 Station St., Pittsburgh. Also featured are artist DS Kinsel and photographer Brian Cohen, with additional work contributed by the Holocaust Center of Pittsburgh.

The exhibit has the theme of community resilience in response to violence, with area incidents in 2018 including the fatal shooting of Antwon Rose II in June, the killing of 11 at the Tree of Life Congregation in November, and the attack of a 14-year-old native of Syria at Chartiers Valley High School in December.

Badawi, who was born in Saudi Arabia, responded to the latter incident by creating “Pittsburgh Builds Bridges.” The painting featured prominently in her display at the spring art show featuring the work of seven artists’ groups at the Galleria of Mt. Lebanon.

At a recent “Hate Has No Home Here” panel discussion in Mt. Lebanon, part of an ongoing series presented by the relationship-building nonprofit Repair the World: Pittsburgh, Badawi shared her bridge-building poster with participants. She wrote on Twitter about the event:

“Truly a night to be remembered. I felt a spark of light, that the future holds strong hope that the best is yet to come. Amazing stories teach us to be proud of who we are and to share love.”