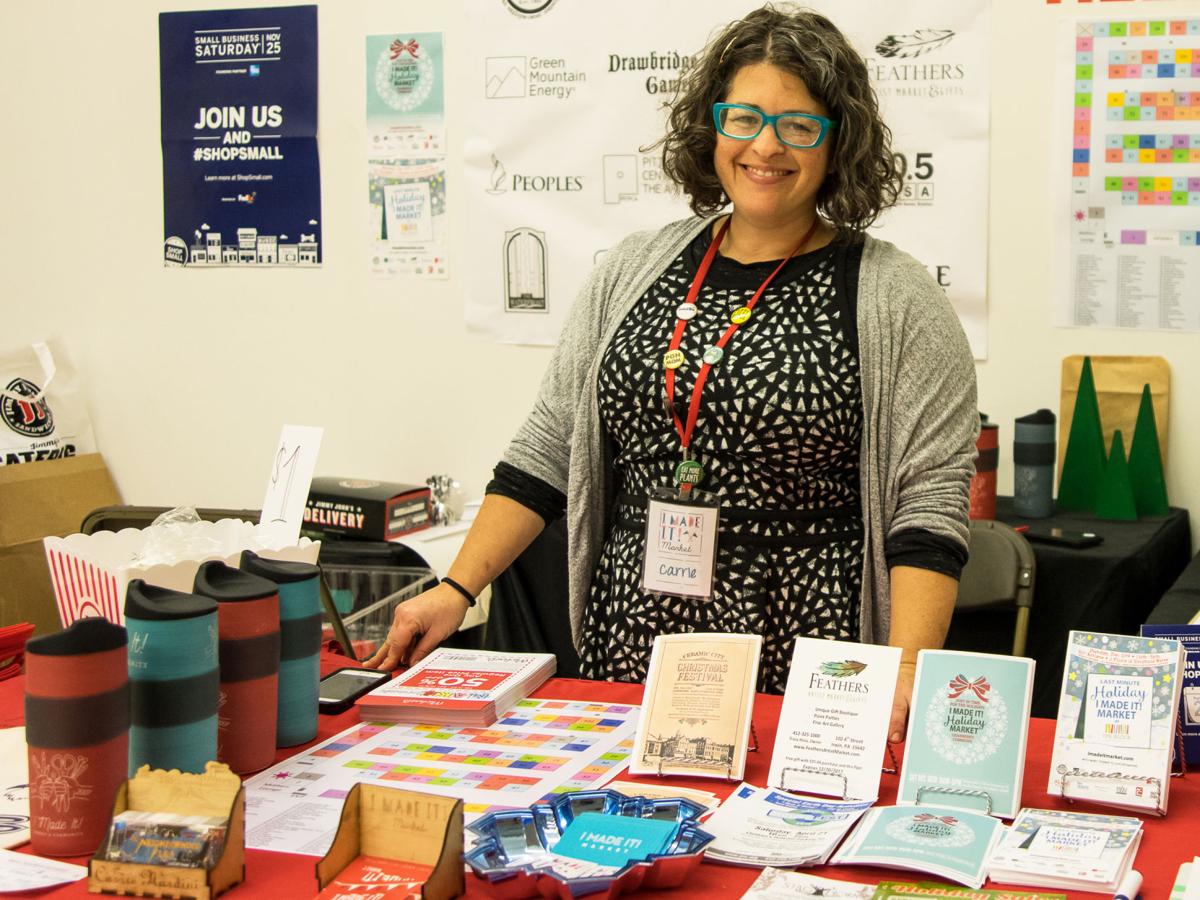 Carrie Nardini at an I Made It! Market event 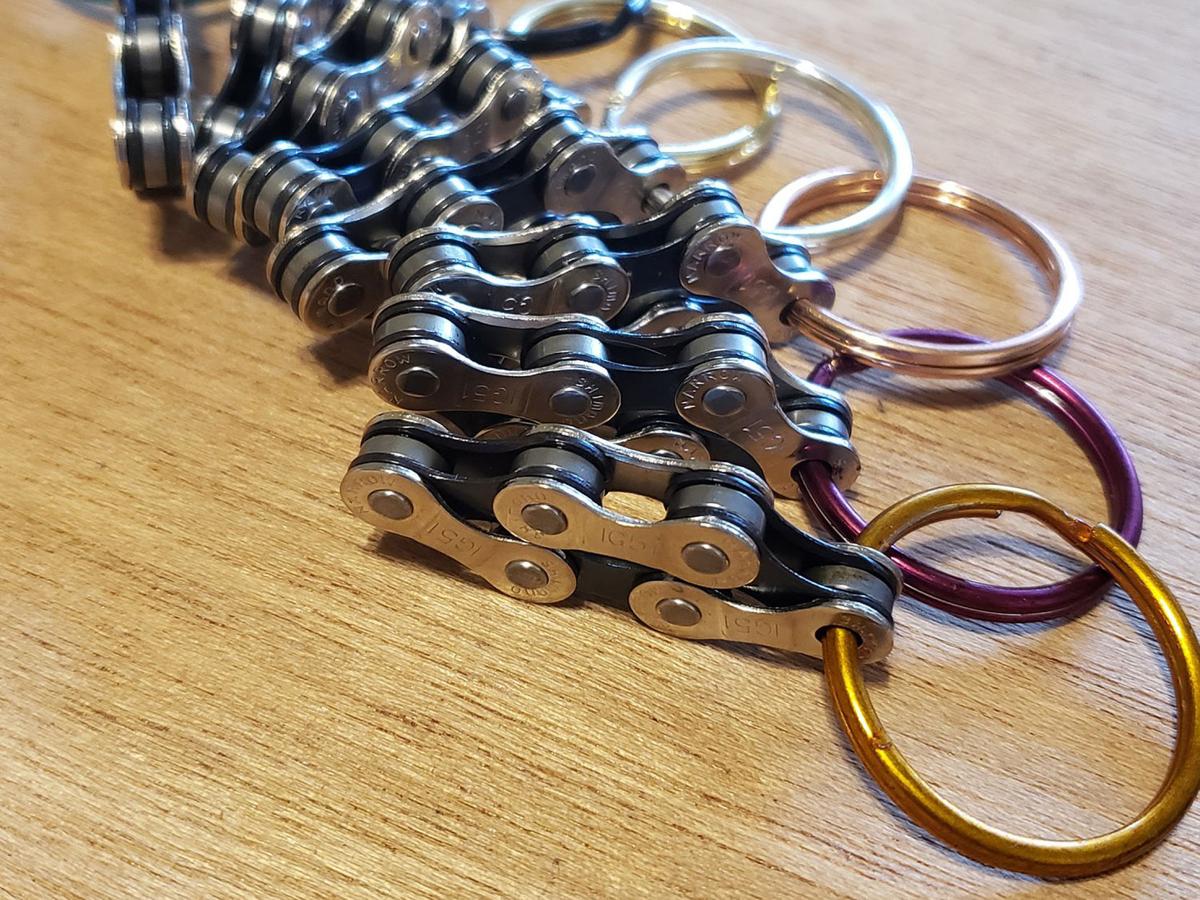 Carrie Nardini at an I Made It! Market event

Several years ago, Nicole Bloch’s friend, an avid bicyclist, was getting ready to move.

“He had a bunch of five-gallon buckets of no-longer-racing-quality, but still good, bike parts,” the Dormont resident recalled.

She asked if he was going to take them along, but he wasn’t. She told him, “You can’t throw that away.”

So he more or less dared her.

“What are you going to do? Make jewelry out of it?”

She took him up on the challenge, adding bicycle-part pieces to erra creations, the line of products she had started a few years previously.

Bloch, a Mt. Lebanon High School graduate, is among the artists participating in the “I Made It! For the Holidays” markets organized around the region by Peters Township resident Carrie Nardini, including Nov. 30 at Crowne Plaza Suites Pittsburgh South in Bethel Park.

The events, in their 13th season, feature locally produced work available for purchase, from artwork and decor to home goods and apparel. Live music will be featured, and admission is free.

Coming from an artistic family – her parents owned an arts-and-craft store in Castle Shannon, and her grandfather taught art in Brentwood – Bloch decided to go in another direction of creativity, earning a degree in music performance from Slippery Rock University.

Eventually, she added another talent to her résumé.

“I was messing around with my great-grandmother’s old, broken costume jewelry, making it into new stuff,” she said, “and decided to start an Etsy shop back in May 2011.”

The name she chose, “erra,” actually is an acronym derived from a friend’s suggestion of “era” for “elegant, reminiscent and avant-garde.

“It actually happened by accident. I was playing insomniac in the middle of the night on Pinterest, went down a rabbit hole and ‘pinned’ a couple of recipes for lotions,” she said. “I woke up in the morning, and I had a couple of messages through my website and Facebook and Instagram saying, ‘Hey, you’re making lotion now. How can we get it?’ And I was like, what?

“So I got my recipes together really quickly, and it started.”

These days, she sets up at a variety of shows, including farmers’ markets and, of course, mountain biking events.

“I love working with the I Made It! Market,” she said. “Carrie’s awesome.”

Nardini founded the market in 2007 with the aim of growing micro-businesses in the Pittsburgh region.

Since then, she has developed the varied-location Neighborhood Flea and the farmers’ market at the Block Northway in Ross Township, plus helped to launch the Cleveland Flea and Propelle, which supports women-owned small businesses. She is director for the Pittsburgh Craftsmen’s Guild’s annual show, A Fair in the Park.

This year’s holiday upcoming events are: