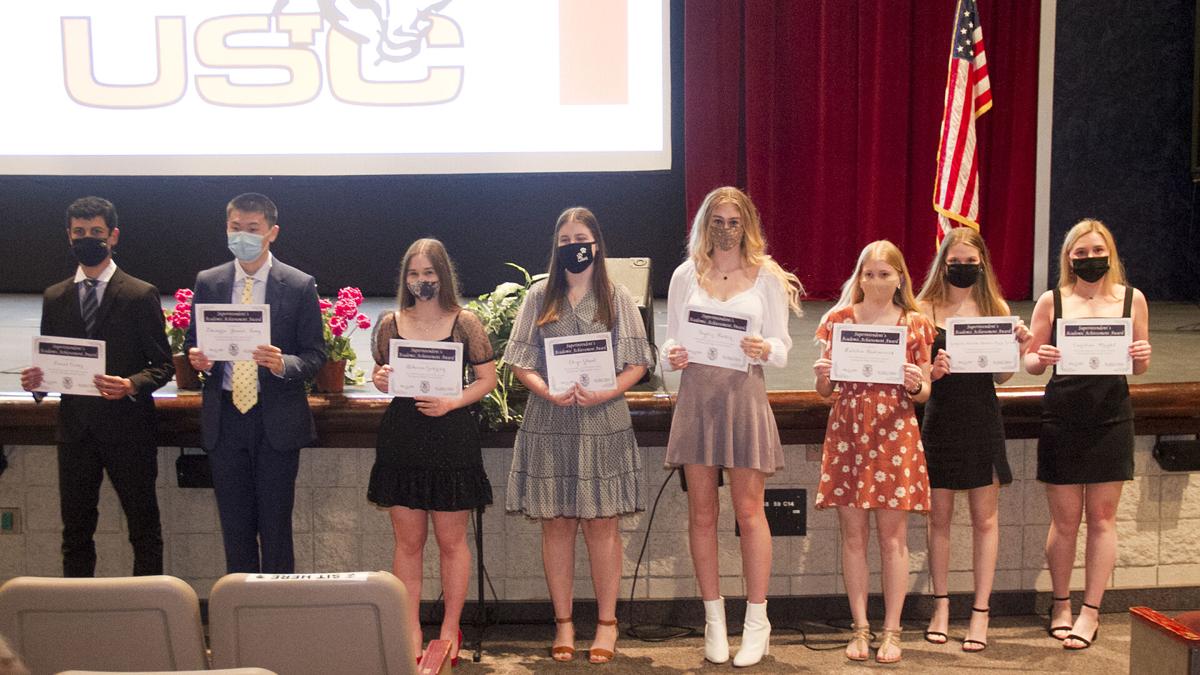 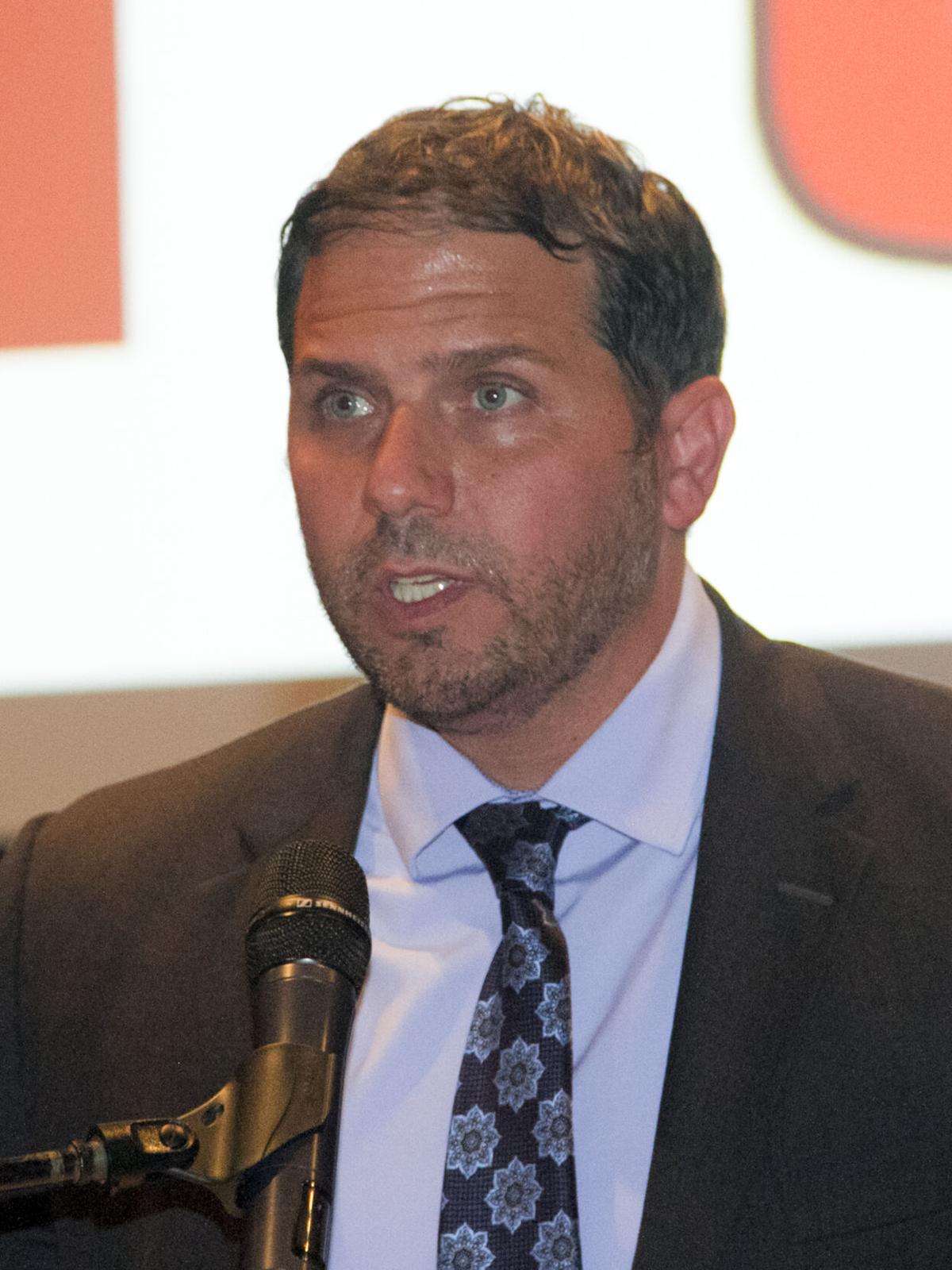 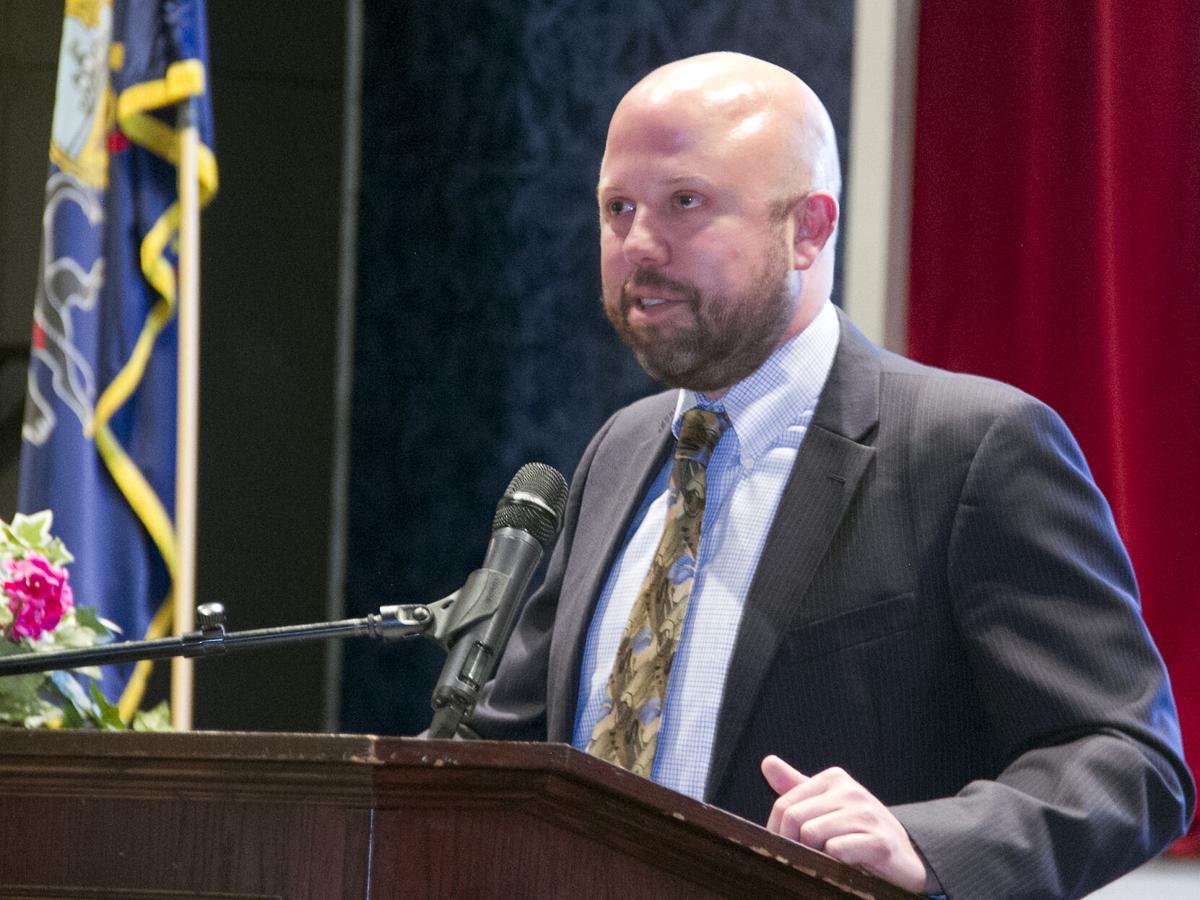 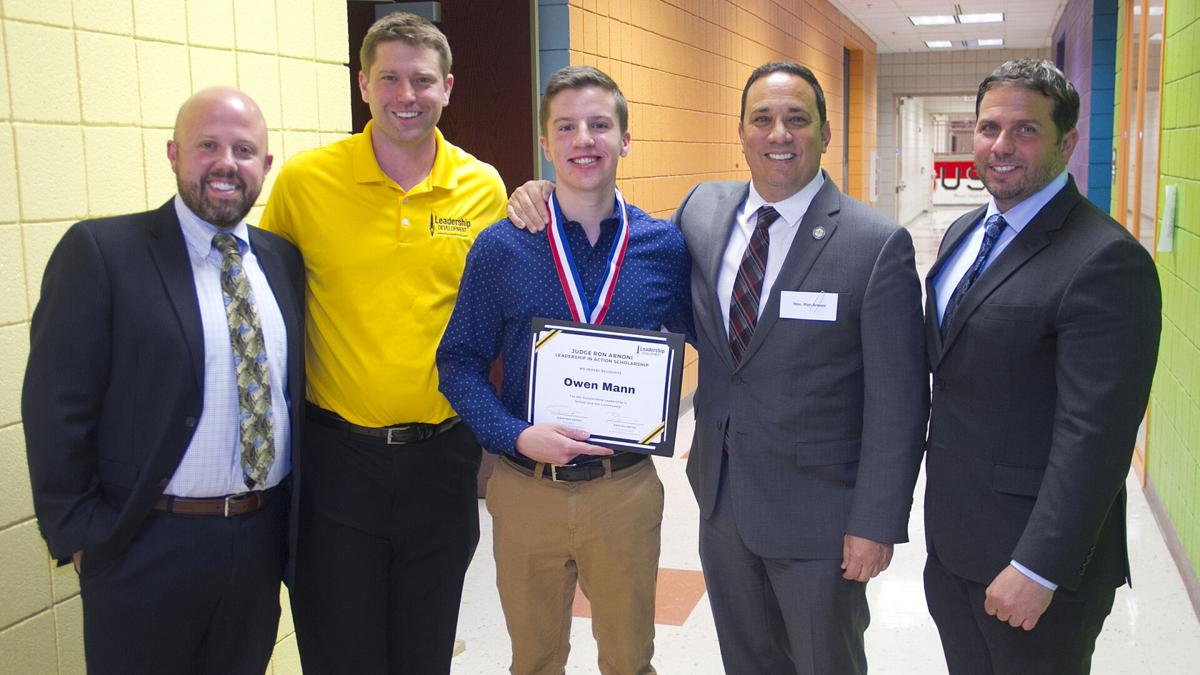 “It’s been over 15 months since we’ve had a student recognition in person,” John Rozzo, district superintendent, announced to a live audience in the school theater. “We appreciate all the effort that went into replicating these events to conduct them virtually, but it’s certainly not the same as being here with you in person.”

As part of Awards Night for seniors, he proceeded to announce recipients of the Superintendent’s Academic Achievement Awards, who prior to this year had garnered recognition only as printed in the commencement program.

“Earning all A’s throughout one’s entire high school experience, with all of the many responsibilities and activities that our young people undertake, is a remarkable achievement and is indicative of a student’s commitment to learning,” he said.

On Monday, plenty of other honors went to members of the Upper St. Clair High School Class of 2021.

“Though Awards Night is typically associated with a prize and accolade, or the announcement of a significant win, always remember how important effort, progress and growth are in all that you pursue,” Principal Tim Wagner said.

“As you reflect this evening, consider in what ways you have grown over your high school years, what have been the habits and the ways of working that have accumulated to and culminated in your present achievement,” he continued. “A quote from Benjamin Franklin contends that without continual growth and progress, such words as improvement, achievement and success have no meaning.”

“Their tireless energy brought this evening’s program to us,” he said.

Also honored during Awards Night were: