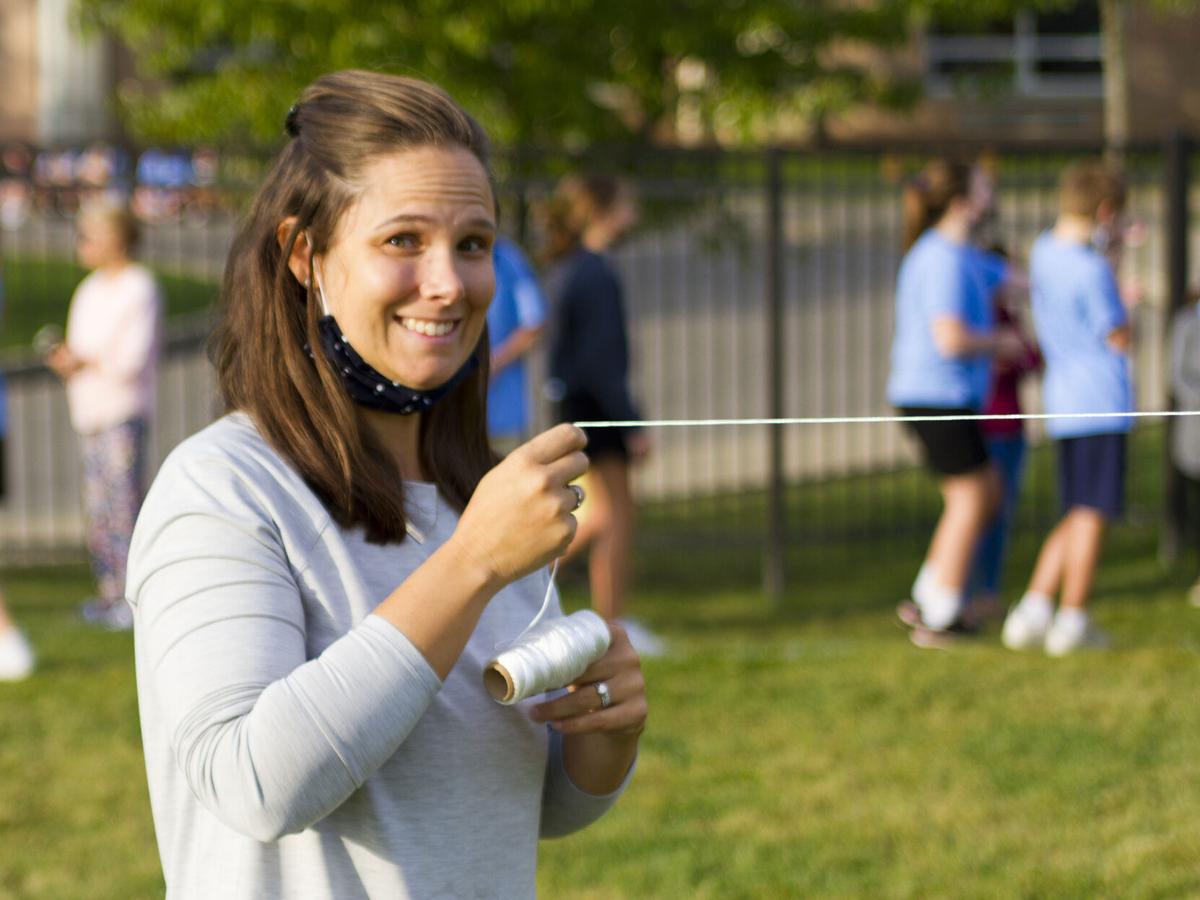 Jessica Boland does her part to ensure that the array of balloons at Ave Maria Academy's Bethel Park campus stays aloft and doesn't float away. 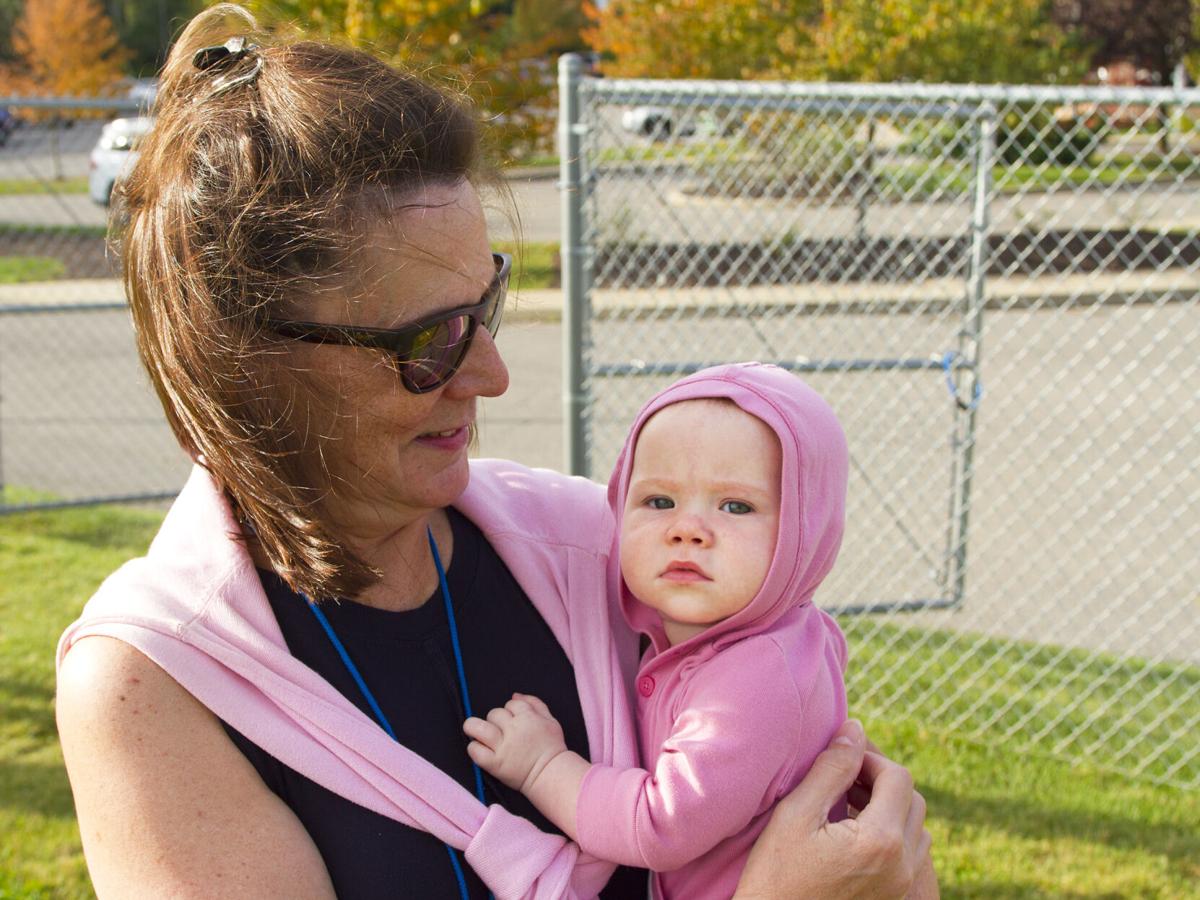 Young Anne Reilly, held by Ave Maria Academy Principal Lynne Lynch, looks as if she doesn't know what to make of a camera that's not a cellphone. 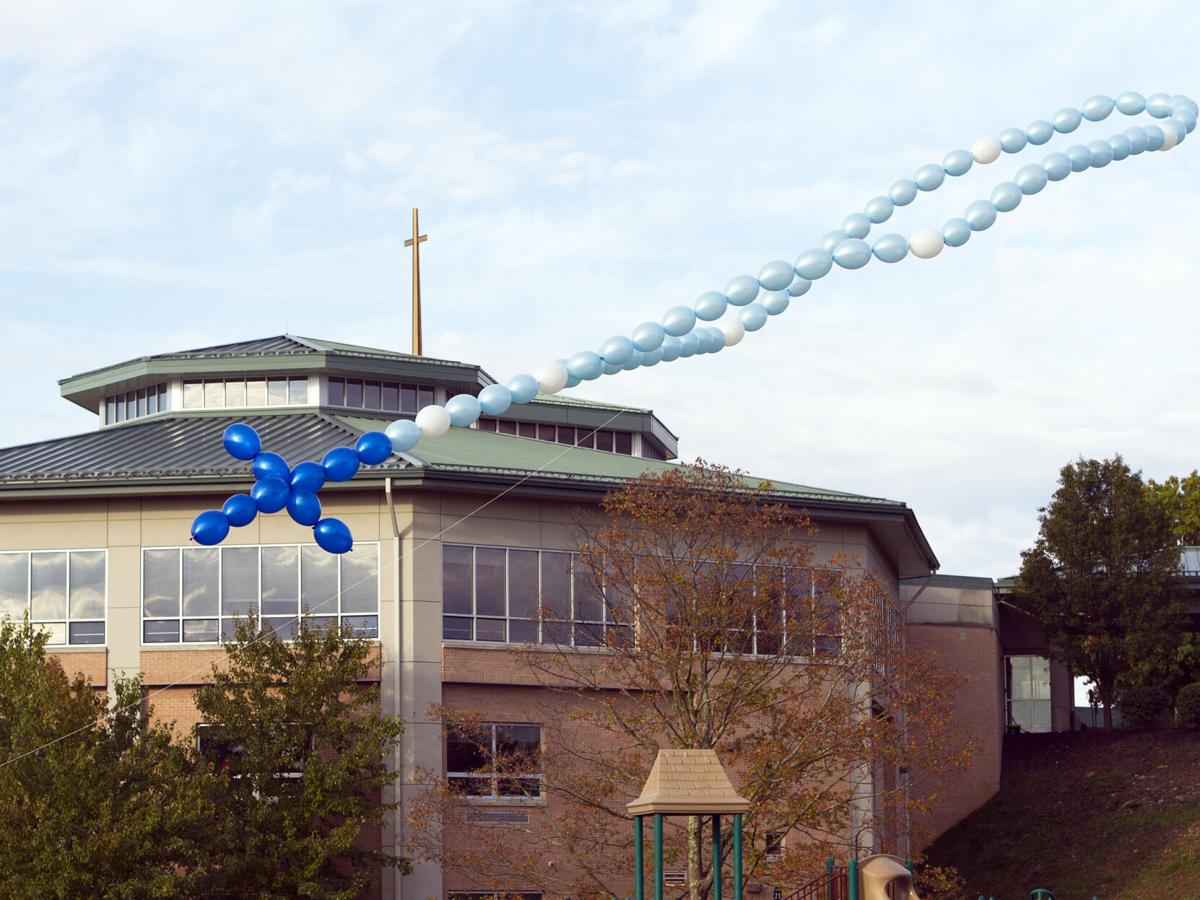 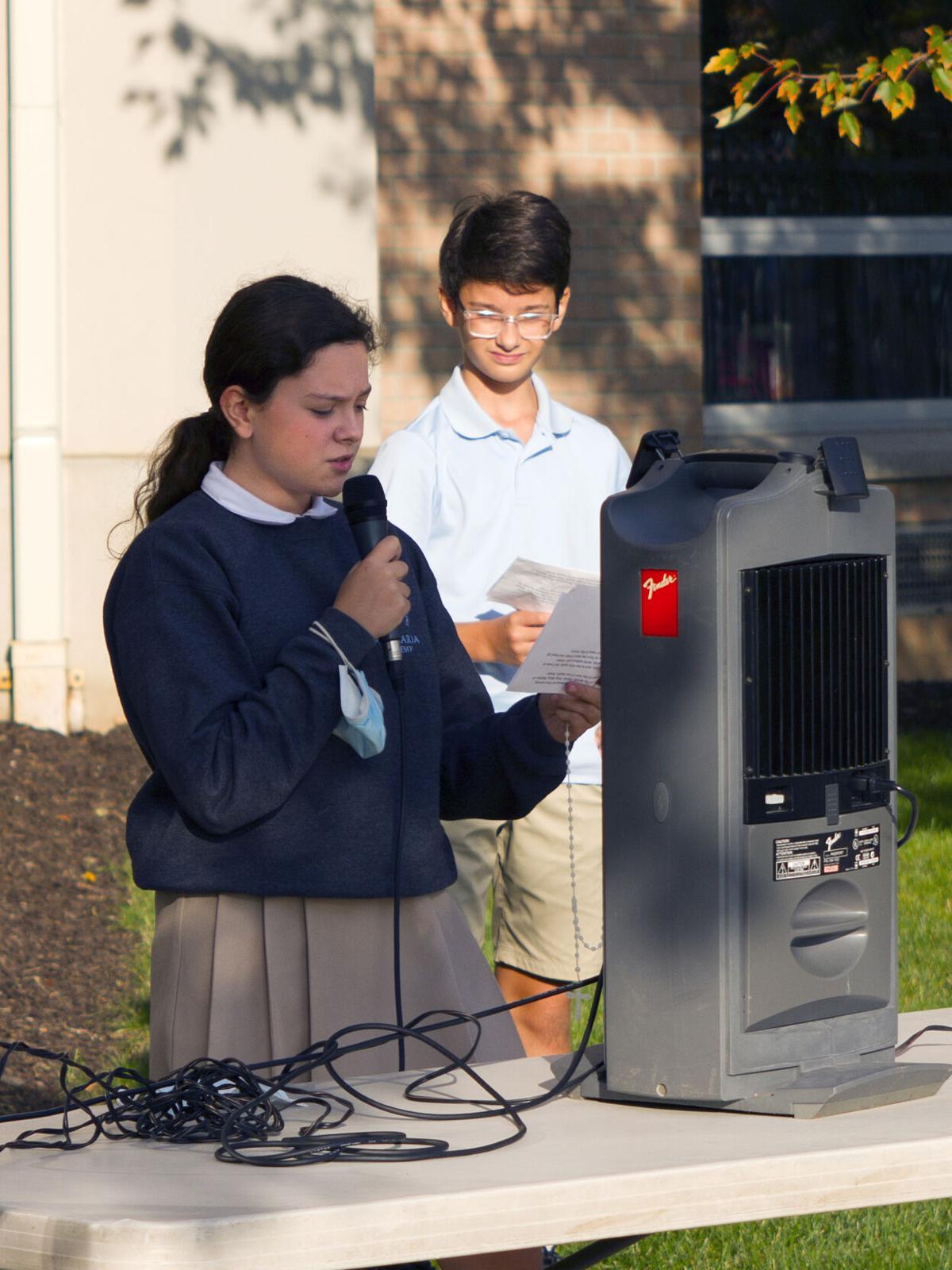 Julia Miller and Isaac Betlow are among the eighth-graders leading prayer. 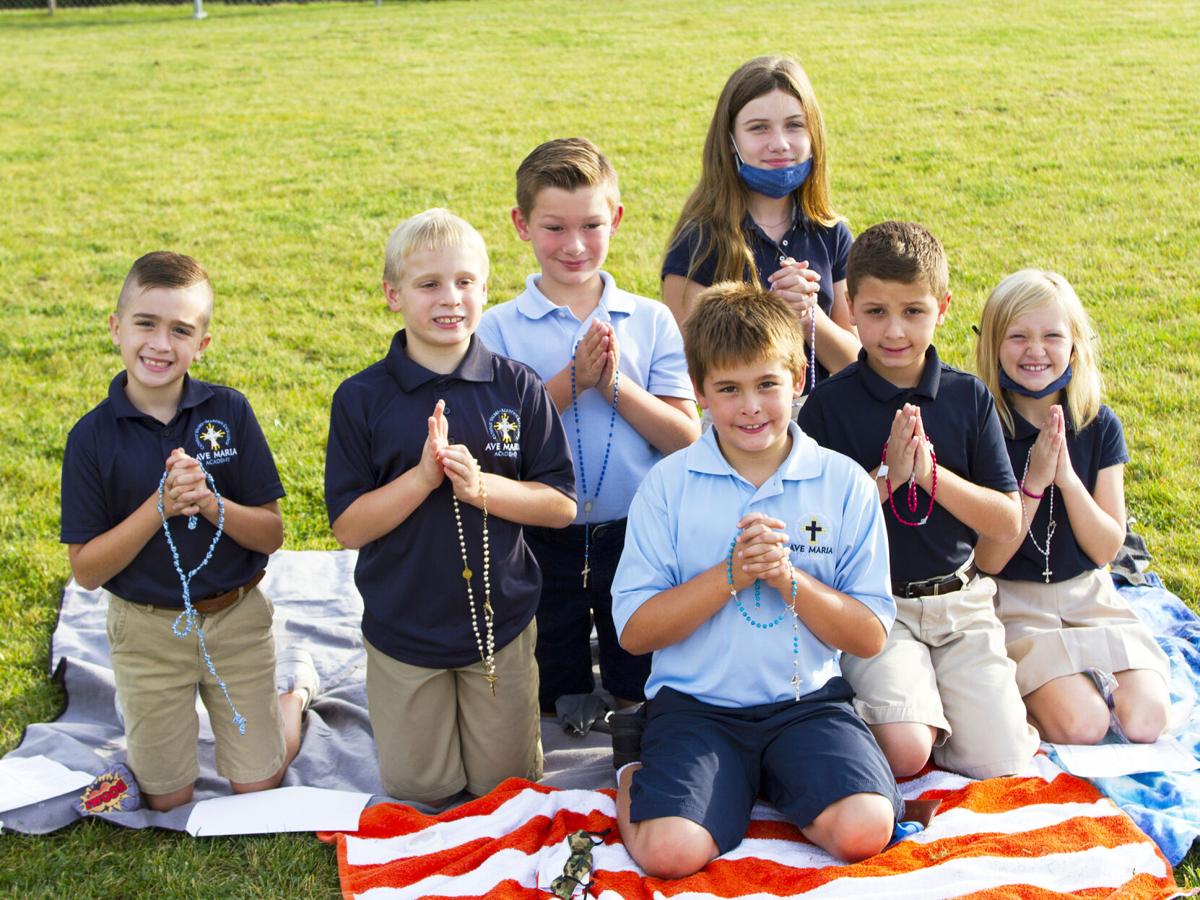 Ave Maria Academy students are ready for prayer during the balloon rosary event. 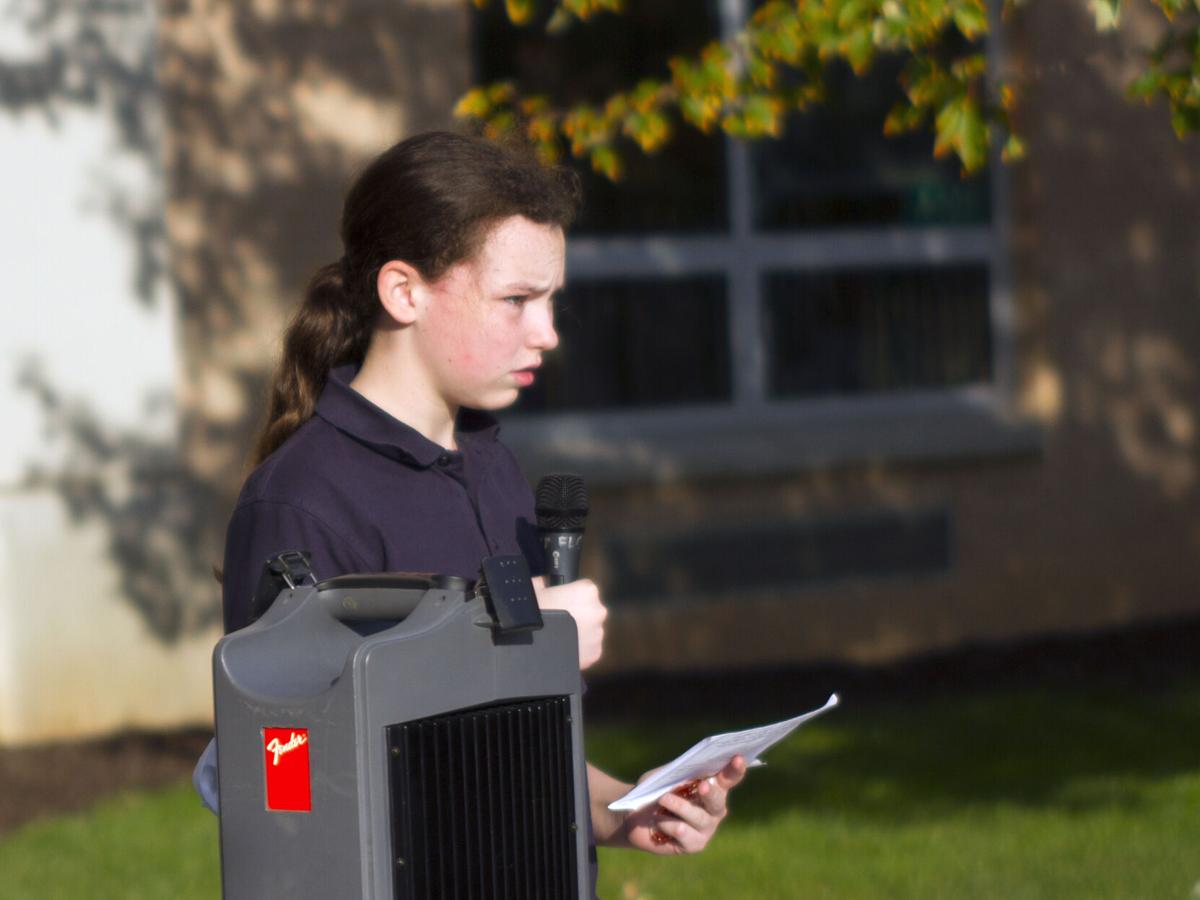 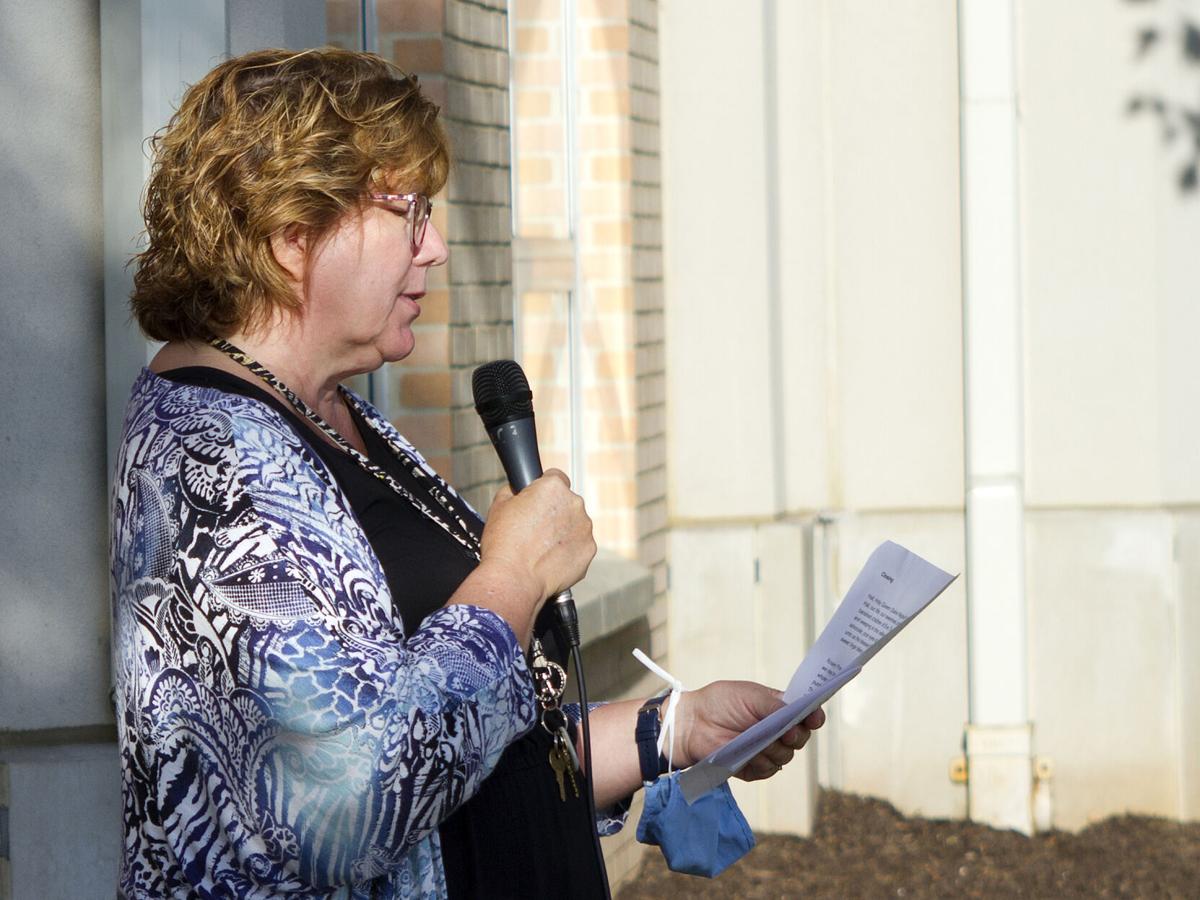 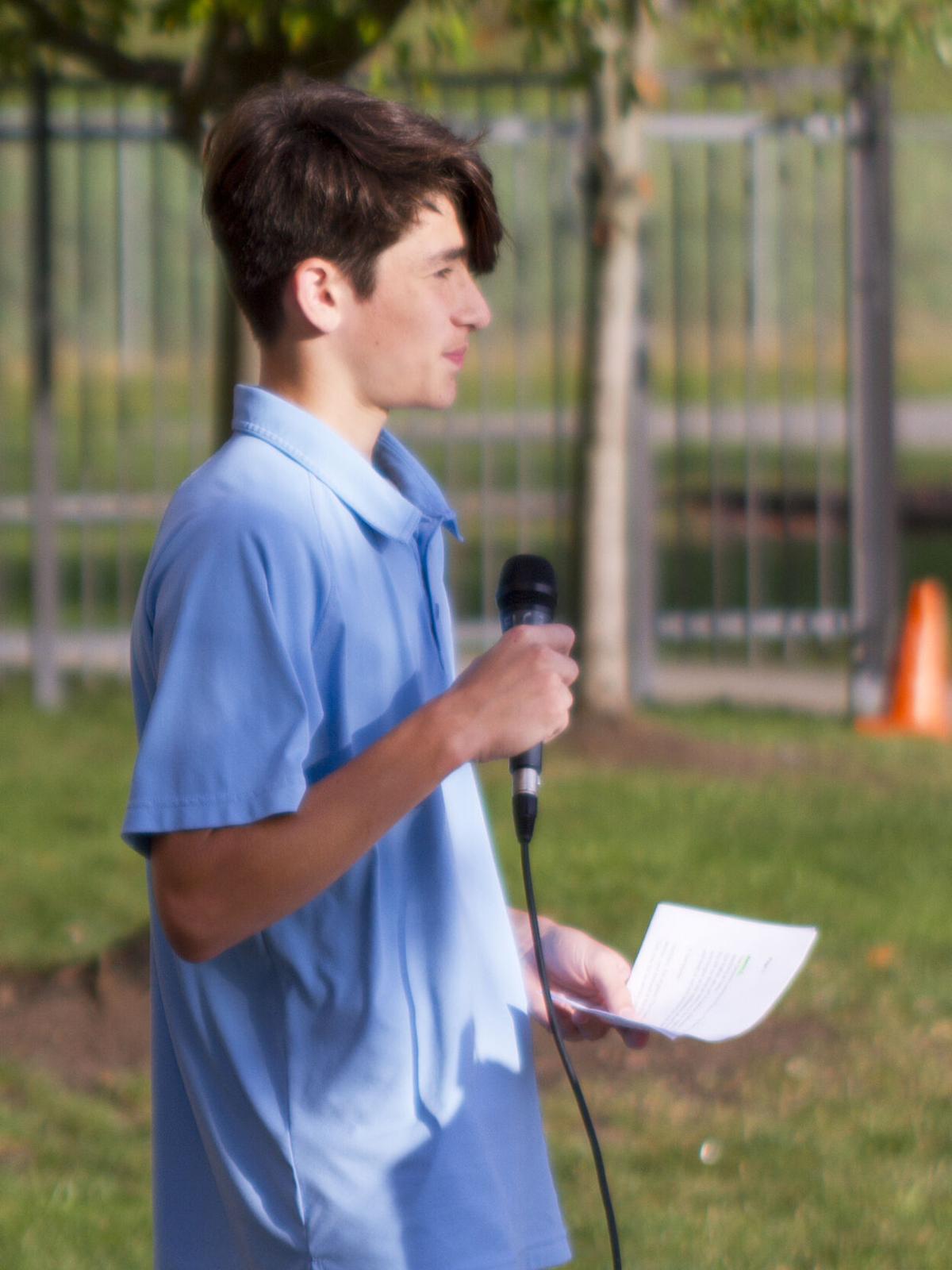 Aaron Daley is among the students leading prayer.

Jessica Boland does her part to ensure that the array of balloons at Ave Maria Academy's Bethel Park campus stays aloft and doesn't float away.

Julia Miller and Isaac Betlow are among the eighth-graders leading prayer.

Ave Maria Academy students are ready for prayer during the balloon rosary event.

Aaron Daley is among the students leading prayer.

The school’s name may have changed, but the tradition continues at Ave Maria Academy.

Each October, the academy’s Bethel Park campus, formerly St. Thomas More School, celebrates the Month of the Holy Rosary by flying an arrangement of balloons resembling a cross and beads.

Today, the sister campus, at St. Bernard Church in Mt. Lebanon, flies its own set of balloons at the same time.

“We may be a few miles apart, but we’re all in prayer together,” said Lynne Lynch, Ave Maria principal, following the Oct. 7 event in Bethel Park.

While the helium-filled orbs floated about St. Thomas More’s athletic field, those in attendance were led in prayer by kindergarten teacher Mary Lou Dressman-Conroy and a number of eighth-graders, their voices enhanced by a public address system for all to hear.

To help keep the balloons aloft and from venturing afar, the mothers of several students held firmly to strong, strategically placed strings.

“I applaud our families and our parents,” Lynch said. “They’re always there to lend a helping hand in any circumstance.”

She shares the title of principal with Leslie Krueger in administering a Diocese of Pittsburgh educational entity that was formed in 2020 with the merger of four schools. Two of them, Our Lady of Grace in Scott Township and St. Anne in Castle Shannon, were closed as a result.

Lynch said the transition has gone well, helping her further enjoy what she does.

“I say, what other job do you have where you have 600 blessings a day, when I get to see your children at arrival and dismissal, and everything in between?” she said. “It just is so wonderful.”

The Roman Catholic Church celebrates the feast day of Mary, Queen of the Holy Rosary, Oct. 7 to commemorate the date of a 1571 naval victory by a Catholic coalition over the Ottoman Empire, traditionally attributed to Mary’s intercession. The church subsequently dedicate the entire month of October to the Holy Rosary.