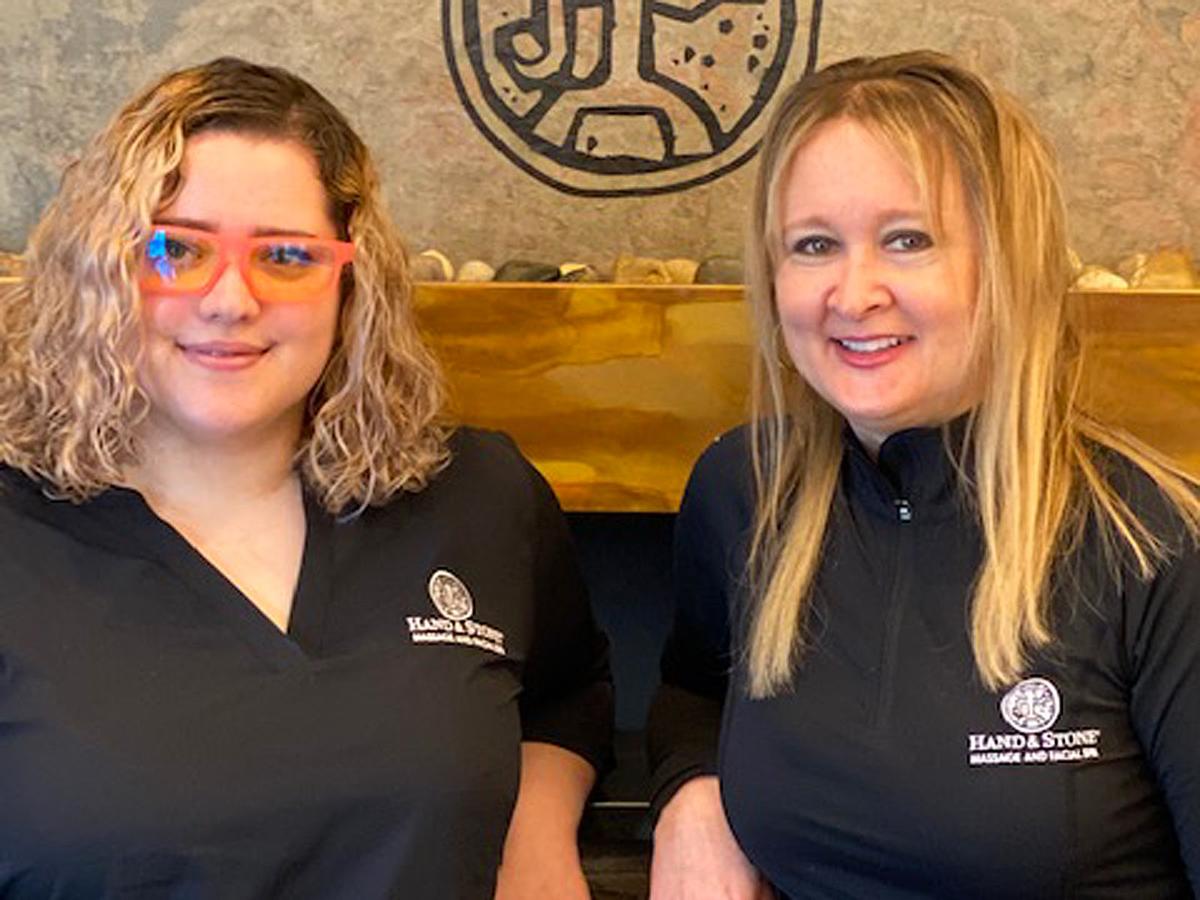 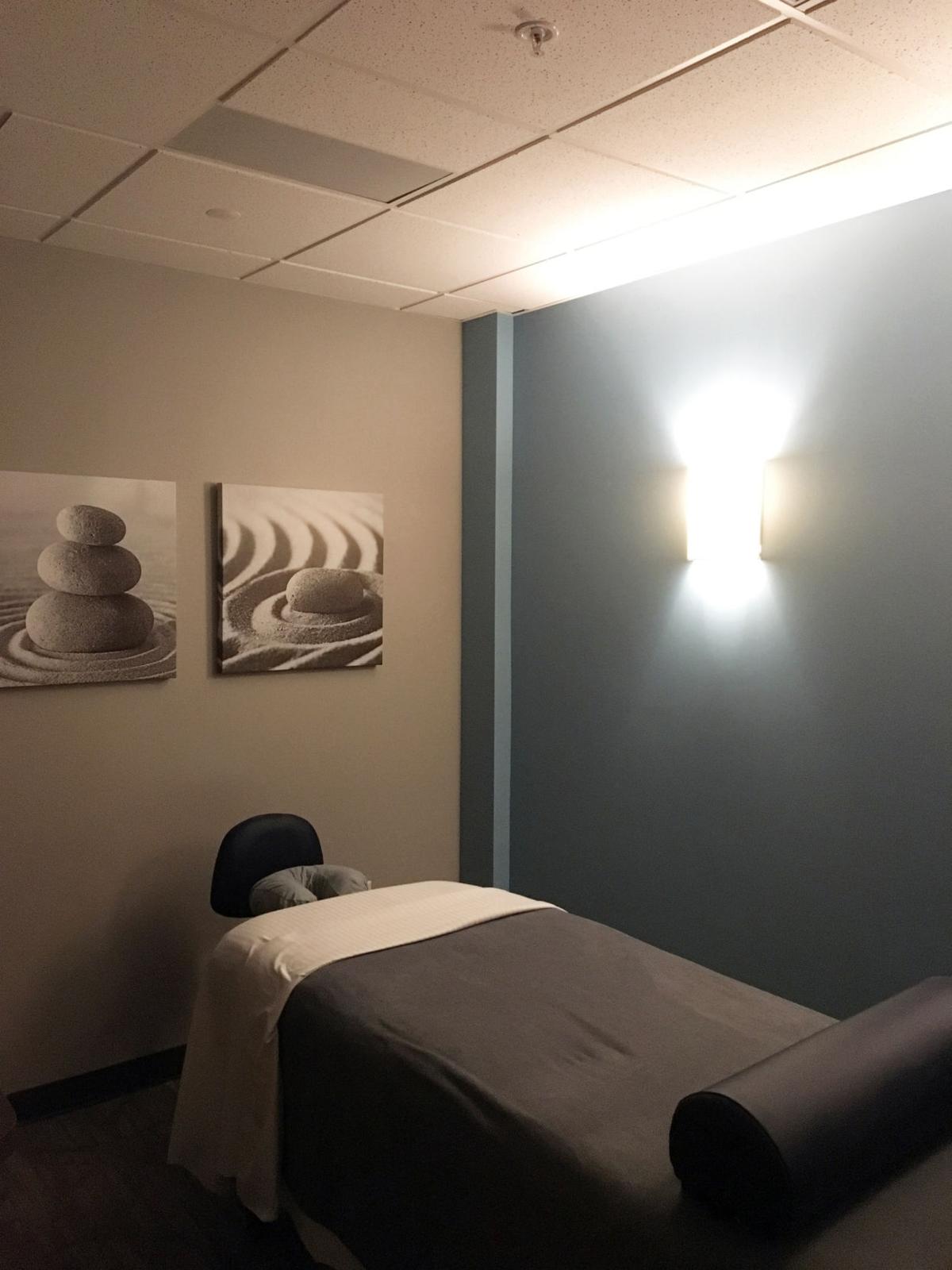 Editor’s note: This is a weekly series focusing on the importance of buying local.

If the drawbacks of being practically anchored to a computer weren’t evident before, folks who have shifted to working at home during the COVID-19 epidemic may be learning the hard way.

Without the interactivity of an office environment, time spent sitting at the desk is likely to increase. And with that, at least in theory, would come an increase in productivity.

The human body, though, isn’t exactly made for a state of inertia. And activities such as, say, getting out of the chair periodically and getting a drink can help someone avoid some of the physical and mental pitfalls of inactivity.

Mari Chacón, general manager of Hand & Stone Massage and Facial Spa in Upper St. Clair and Peters townships, suggests starting all of that during the period you would otherwise be spending on the way to work.

“You can use that time, that 30 minutes it would have taken you to get to work, to maybe stretch or do some light exercises to get your blood going, which is going to bring oxygen all over your muscles,” she said. “It’s going to help you not feel so sore and fatigued from having the same position for a long period of time.”

A licensed massage therapist and licensed aesthetician, Chacón joins local Hand & Stone franchise owner Lauren Lega in providing suggestions to help people deal with the stresses of their pandemic-impacted lives, in lieu of the services normally available at the spas.

The two locations have been closed since March 16, during which time new air purification systems and separation apparatuses have been put into place, in anticipation of when customers can return.

“It’s very important to be stretching and moving around while you’re at home, but it’s important also to keep up with your hydration,” Lega said.

That doesn’t exactly work with the beverages of choice for many people.

“They don’t realize they’re feeling tired and having headaches because they’re not drinking enough water,” Chacón said. “They’re drinking more coffee and more caffeinated drinks, and dehydrating themselves further, versus just maybe drinking one cup of coffee and drinking at least a couple of glasses of water before you have that second cup.”

As far as stretching and exercising, some folks may tend toward excuses to avoid them.

“They look at a list of stretches they find online, and they see eight different stretches that you can do from your desk,” Chacón said. “And maybe you do it once, and by the second time you’re supposed to do it, you’re like, this is taking me too long.”

Her remedy is the take on two at a time, which produces pretty much the same result as doing them all at once. Among the more beneficial are neck stretches, and she recommends taking care with them so as to avoid injury.

For those who tend to sit and sit and sit, the back also serves as a frequent problem area.

“I think stretching the glutes, the hips and the legs is really important to releasing the lower back,” Chacón said. “Cross your legs with your ankle on your knee and just lean forward while you’re back is straight. That really stretches your glutes and your legs, and that way, you can kind of control the stretch a little bit further.

“If you need more of a stretch, you can sit on a lower chair,” she explained. “But if it’s too much, you can be on a higher chair, and that helps you not go too deep and hurt yourself.”

Whatever the case, moving away from the computer here and there would seem to be a good idea.

“Sometimes when you’re looking at problems or numbers or things like that, you’re so focused on it that sometimes you cannot see the bigger picture, and you become so overwhelmed with it,” Chacón said. “If you’re getting frustrated, and can kind of just take a break, take a breather, stretch a little bit and come back with a fresh mind.”

As for Lega, who was inspired to open local Hand & Stone franchises after years of positive experiences with massages, she looks forward to being able to help customers feel better through that means again.

“I stand straighter after a massage. I feel better,” she said. “It just gives me that extra thousand miles to keep going.”

Those interested in joining the Be Local Network can contact Chris Slota at 724-225-1326 or by email at chris@belocal.net. Discount cards are available at the Observer-Reporter and Almanac office, 122 S. Main St., Washington.