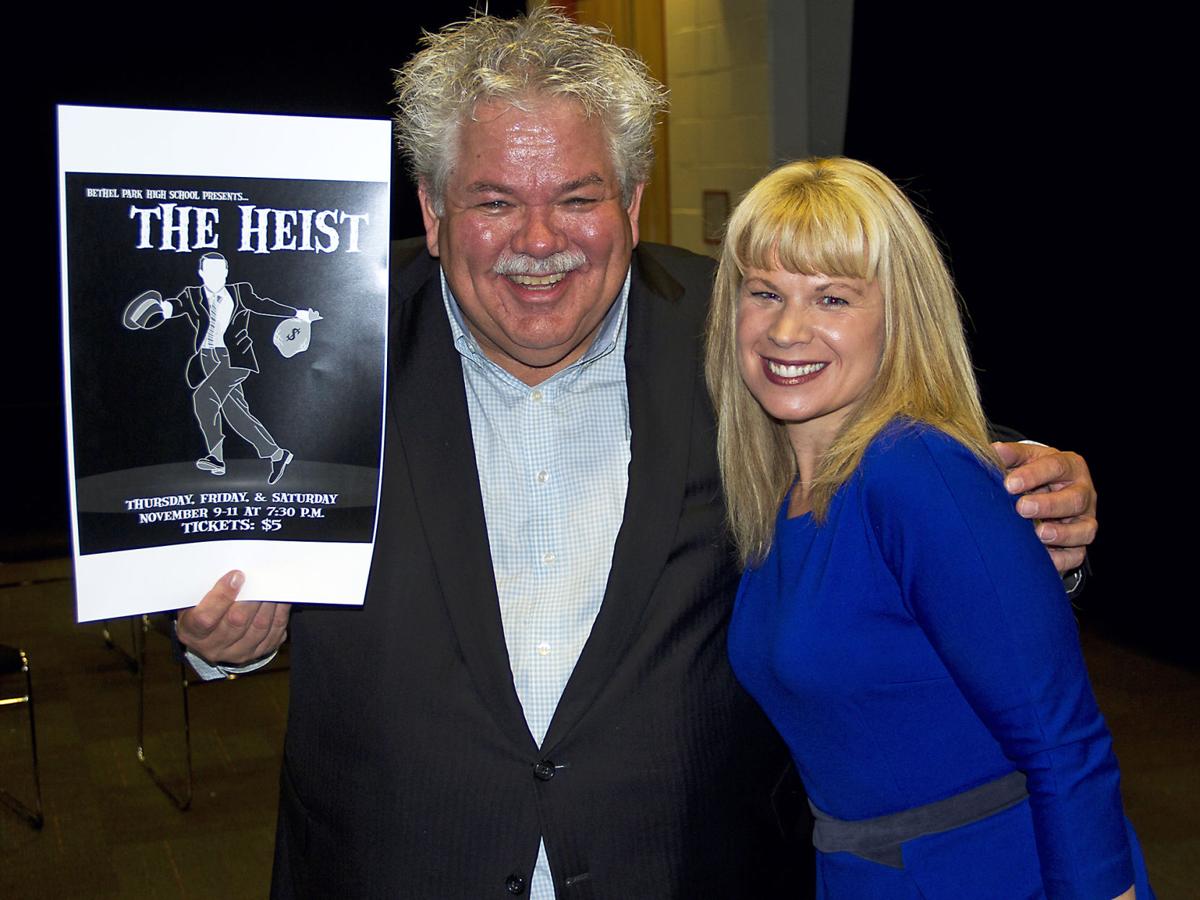 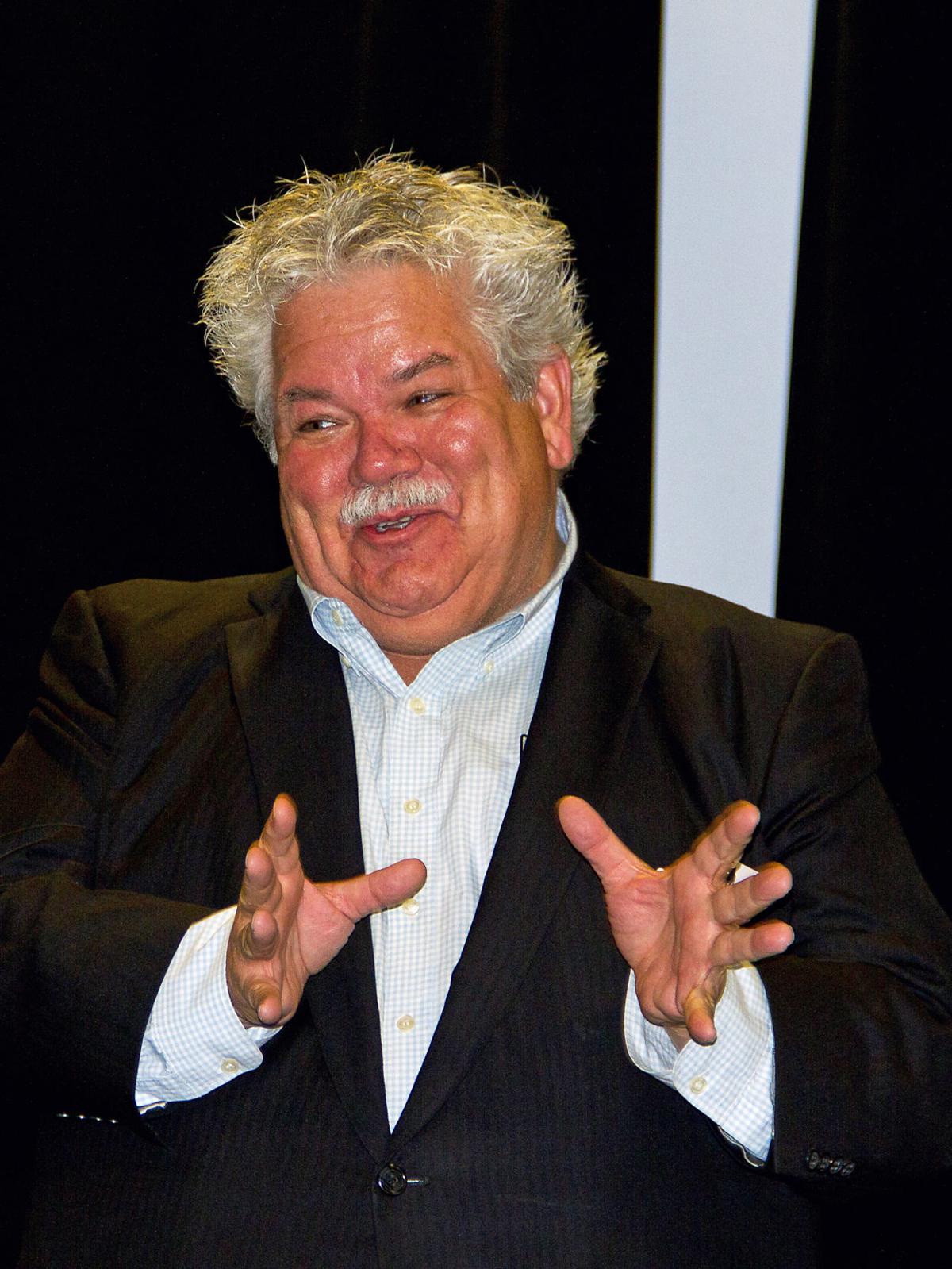 WQED-TV’s Rick Sebak talks to students at the high school from which he graduated. 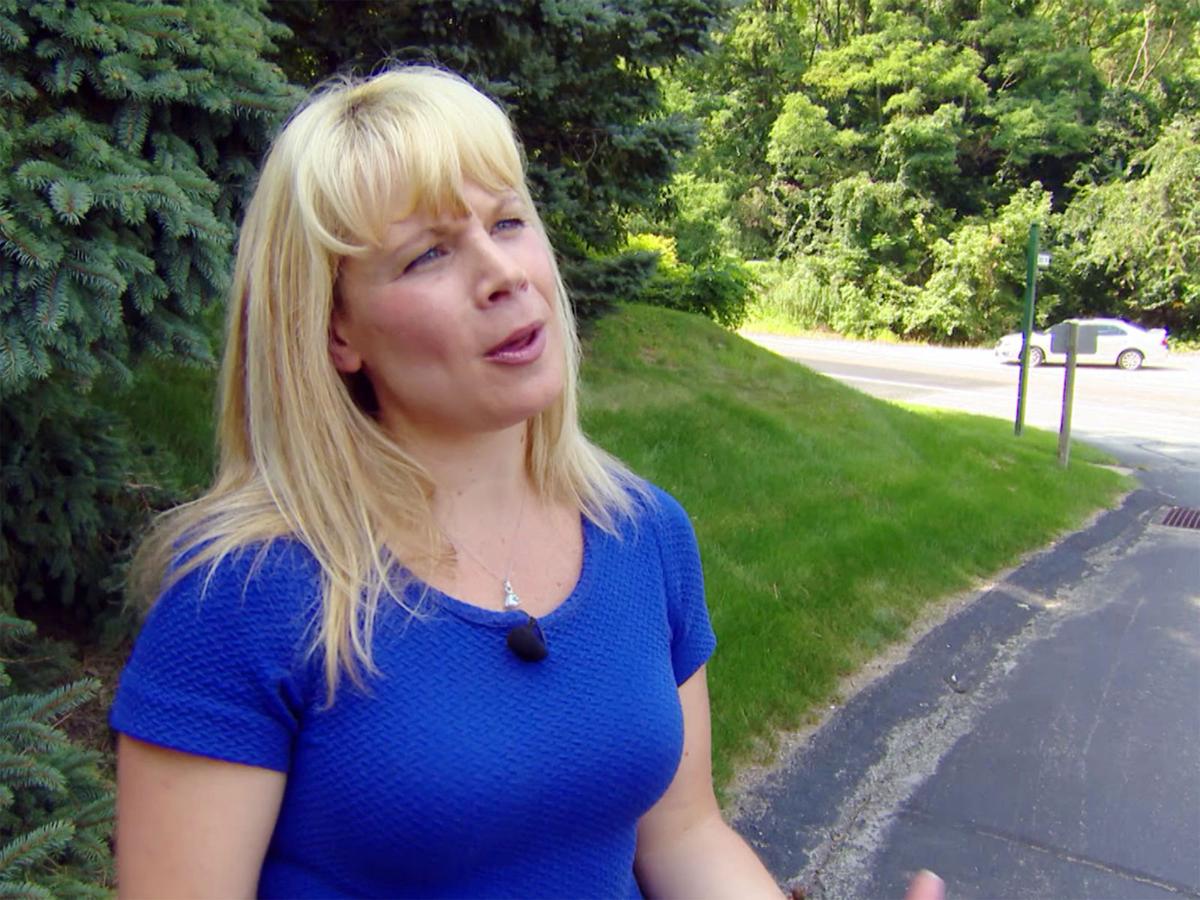 Cortney Williams speaks in a sene from “Nebby: A Short History of Route 88.”

WQED-TV’s Rick Sebak talks to students at the high school from which he graduated.

When WQED-TV personality and Bethel Park native Rick Sebak returned to live in his hometown, his daily routine included breakfast at a local restaurant, where he got to know some fellow patrons.

“There are a bunch of old guys who sit there in the morning and have coffee and bagels, and one of them said, ‘Did you ever know about that armored-car robbery?’” he recalled.

The gentleman explained that such an incident took place long ago at the nearby corner of Brightwood Road and Route 88, and he further informed Sebak: “When I was a kid, we used to go there and look for money buried in the ground.”

That’s how he learned about the armed robbery of a Brink’s vehicle in 1927, the first of its kind in the United States and probably the world.

And in turn, that’s how he ended up speaking recently to students of Bethel Park High School teacher Cortney Williams about his career in television and his extended run of Pittsburgh-themed documentaries, from “Kennywood Memories” to the new Kickstarter-funded series “Nebby,” with the episode “A Short History of Route 88” debuting in October.

“You know, she’s in it. Mrs. Williams is in it,” he told the students, revealing to those who haven’t seen it what she to that point had not.

She researched the Brink’s robbery thoroughly as the central theme for “The Heist,” which she wrote this summer as the school’s fall play, running Nov. 9-11. Sebak drew on her expertise, and in turn, she invited him to return to the school from which he graduated in 1971.

Actually, he attended the old multi-building campus, and that’s where he got his start in public performance as a member of Theater 400. The troupe, he explained, was named after the room in Building 4 where the action took place.

“We did things that, still to this day, I can’t believe we did in high school,” he said. “I mean weird, bizarre things.”

One such production came by way of his spending time as a foreign-exchange student in Brazil, where the younger male members of the family with whom he was staying showed him their stash of, let’s just say, adult magazines.

“In one of those I found a play by Kurt Vonnegut, the writer, that was an unproduced screenplay called ‘Fortitude,’” Sebak recalled. “Heart transplants were new, and it was about a woman who was totally artificial except for her head.

“I ripped that out of their Playboy and brought it back here, and we did that, Theater 400,” he continued. “We don’t even know if anyone had ever done it as a play before. But it was great.”

The originality he was able to pursue at Bethel Park eventually made it to his TV shows. He’s acknowledged as creator of the “scrapbook documentary” style, presenting old films, photographs and other memorabilia along with his distinctive narration to carry the story.

His first such effort was in the mid-1980s about The Shag, the state dance of South Carolina, where he was working at the time. A few years later, he brought the concept to Pittsburgh when he started with WQED.

“I realized it was an opportunity I should probably pursue,” he said, and time has proved him to be correct: “It feels like maybe two or three years. But it’s 30.”

The world’s first robbery of an armored car is the focus of “The Heist,” written by English teacher Cortney Williams.