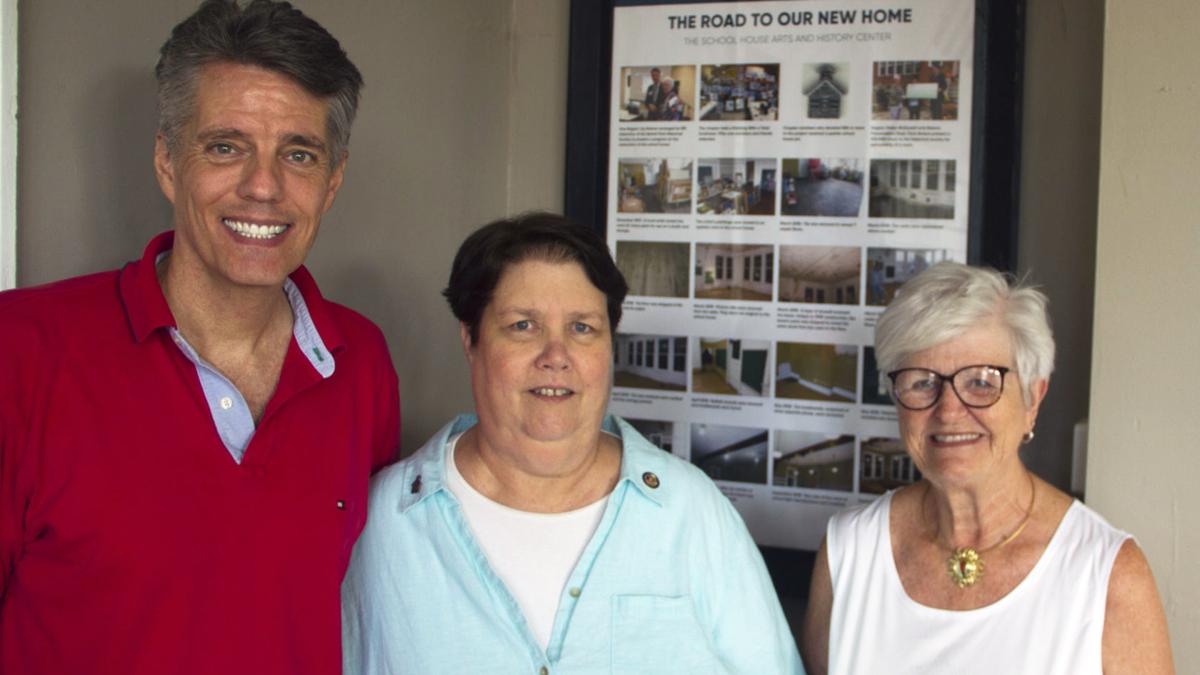 Bill Haberthur joins Chris Butera, center, and Vivian McDowell in front of a poster chronicling the renovation of the Schoolhouse Arts and History Center in Bethel Park.

Sometimes our greatest memories are of moments that didn’t exist.

That’s according to Chris Butera of the Bethel Park Historical Society, stated in connection with an effort to honor young people who have missed out on quite a few would-be memorable occasions because of COVID-19.

As part of its effort to restore the governor’s drive in front of the Schoolhouse Arts and History Center on South Park Road, the society is dedicating part of the project to members of the Class of 2020, at Bethel Park High School and institutions of higher learning attended by local residents.

They will be commemorated with engraved pavers to be placed in a special section of the 31,000-brick semicircular driveway, work on which society members hope starts this summer.

“It would be a nice way to honor the kids and acknowledged what they’ve achieved thus far in their lives,” said Bill Haberthur, secretary of the historical society’s executive committee.

Along with honoring graduates, the bricks will serve as a commemoration of a significant event in local, national and world history.

“We have visions of those students returning to the Schoolhouse someday with their children in tow and sharing stories of their ‘pandemic year,’” Butera said.

The governor’s driveway is one of many projects the historical society has undertaken in the past few years to renovate the former Bethel High School, the original part of which, facing Park Avenue, was built in 1905.

Butera also is a member of Bethel Fife and Drum Chapter of the Daughters of the American Revolution, which received an award last year for chronicling the renovation process. The sale of the bricks is helping to pay for the ongoing work.

The bricks are available for $100 each. Each brick is limited to three lines of engraving. Order forms are available by e-mailing bphsfundraiser@gmail.com or by visiting www.facebook.com/BethelParkHistoricalSociety.