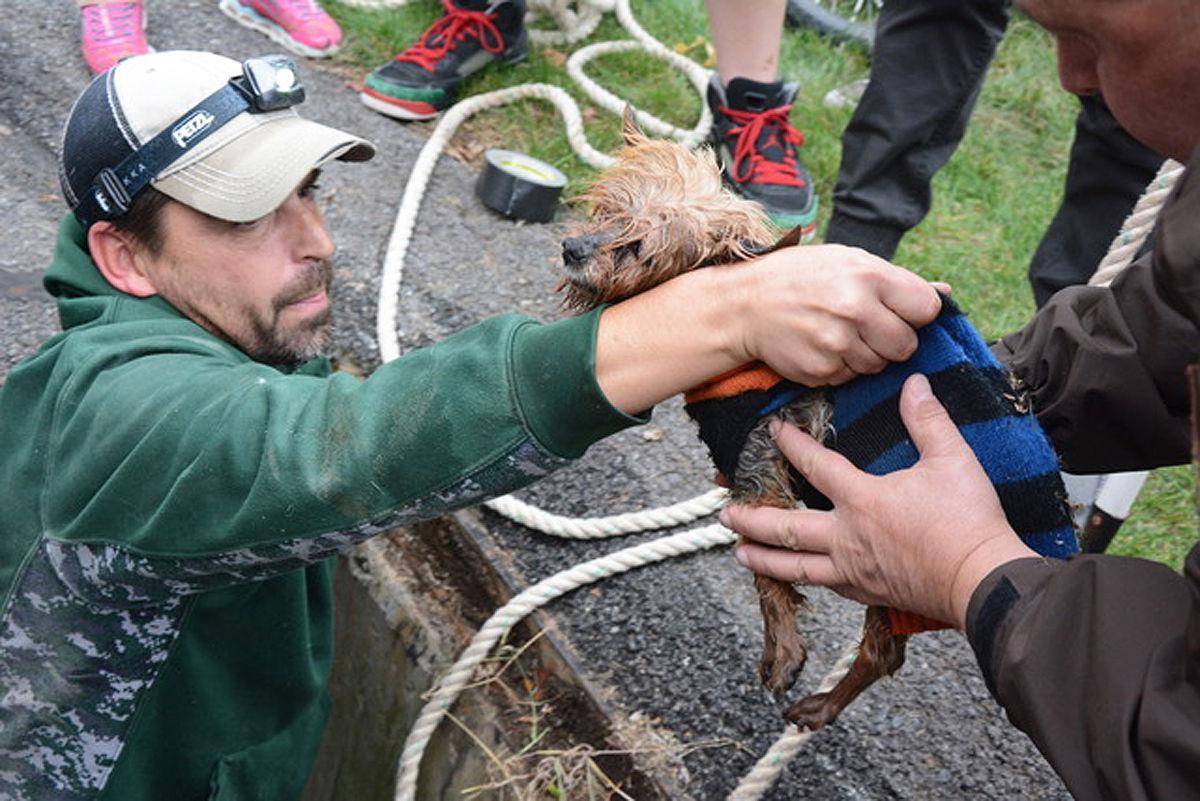 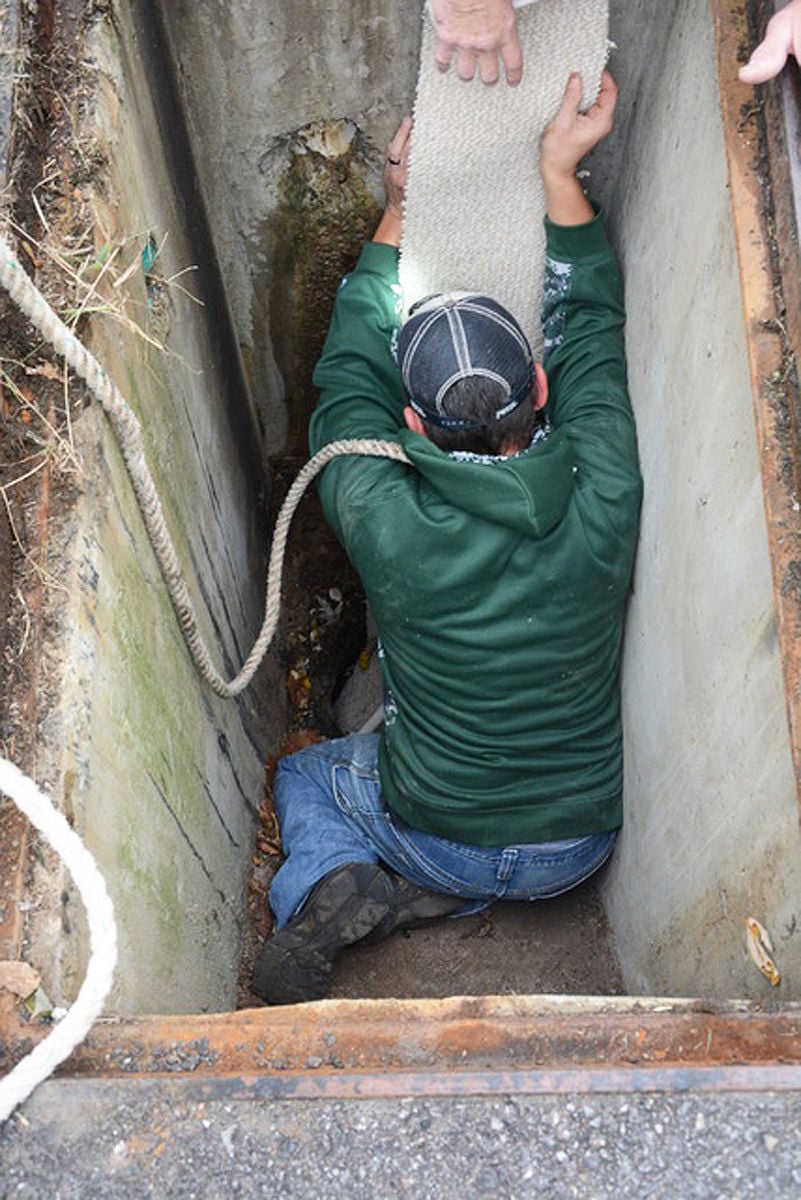 Bob Ward takes a strip of carpet into the storm drain for the measure that finally worked in rescuing Omar. (Photo by Jolene Ward) 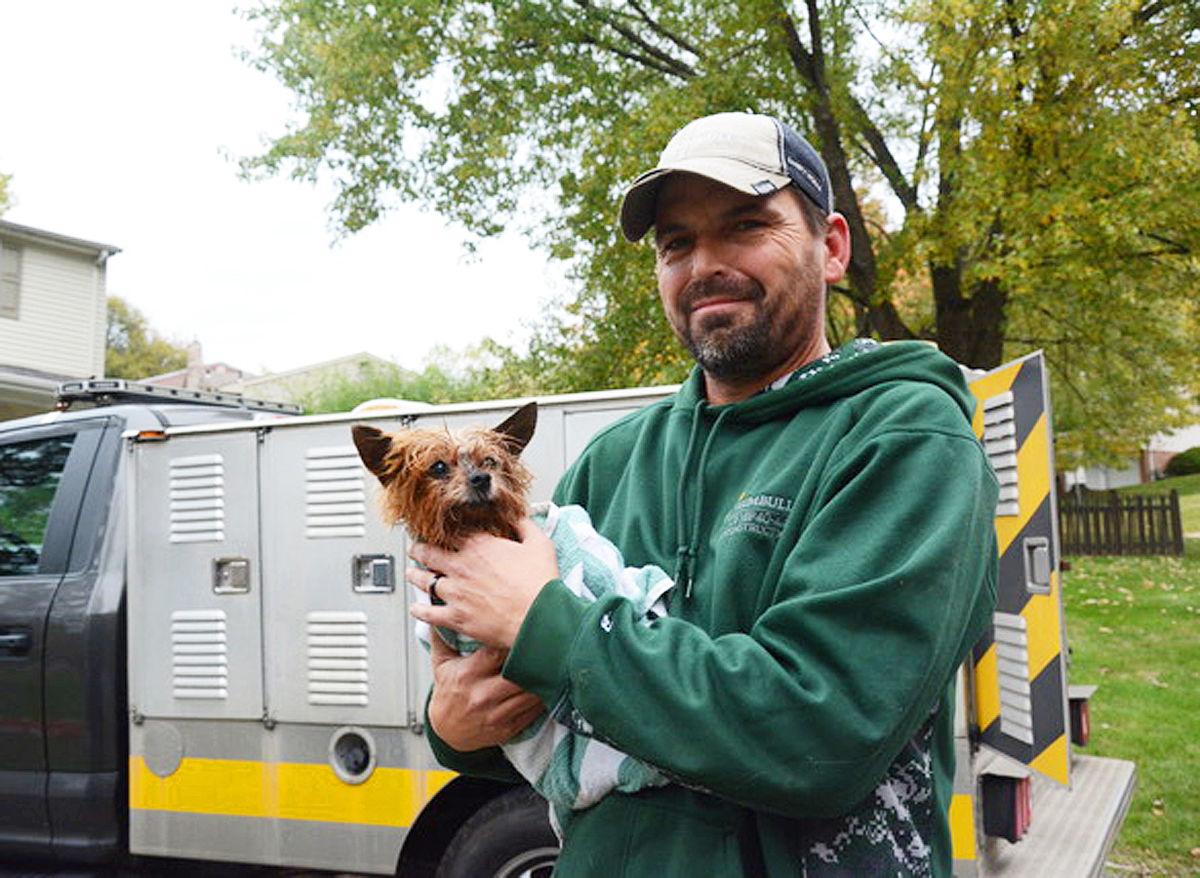 Bob Ward and his new friend (Photo by Jolene Ward)

A diminutive Yorkshire terrier named Omar is safe, thanks primarily to the efforts of a Bethel Park man Oct. 28.

“We were in the house and got a knock on the door from one of the neighbors walking by, who said there was a dog in the sewer drain,” Diablo Drive resident Bob Ward said. “So we came up with some ideas to take the grate off and see what was going on down in there.”

While he worked on prying the grate – its openings are too narrow even for a pooch the size of Omar, so he must have wandered through pipes from another part of the neighborhood – a neighbor called public safety officials.

It took a couple of hours for concerned onlookers to come up with an effective plan for rescuing the Yorkie.

“There were several ideas thrown around. We had small rakes, rope, some hooks involved,” Ward explained. “The trick was to slide carpet down the pipe, which was coming up at a pretty steep angle. I noticed at one point that he made it about halfway, but then he got tired out and slid back down to the bottom.”

The carpet provided sufficient traction for Omar to reach Ward, who had climbed down into the drain by ladder.

Soon the dog was free, and plenty of well-wishers were able to breathe sighs of relief.