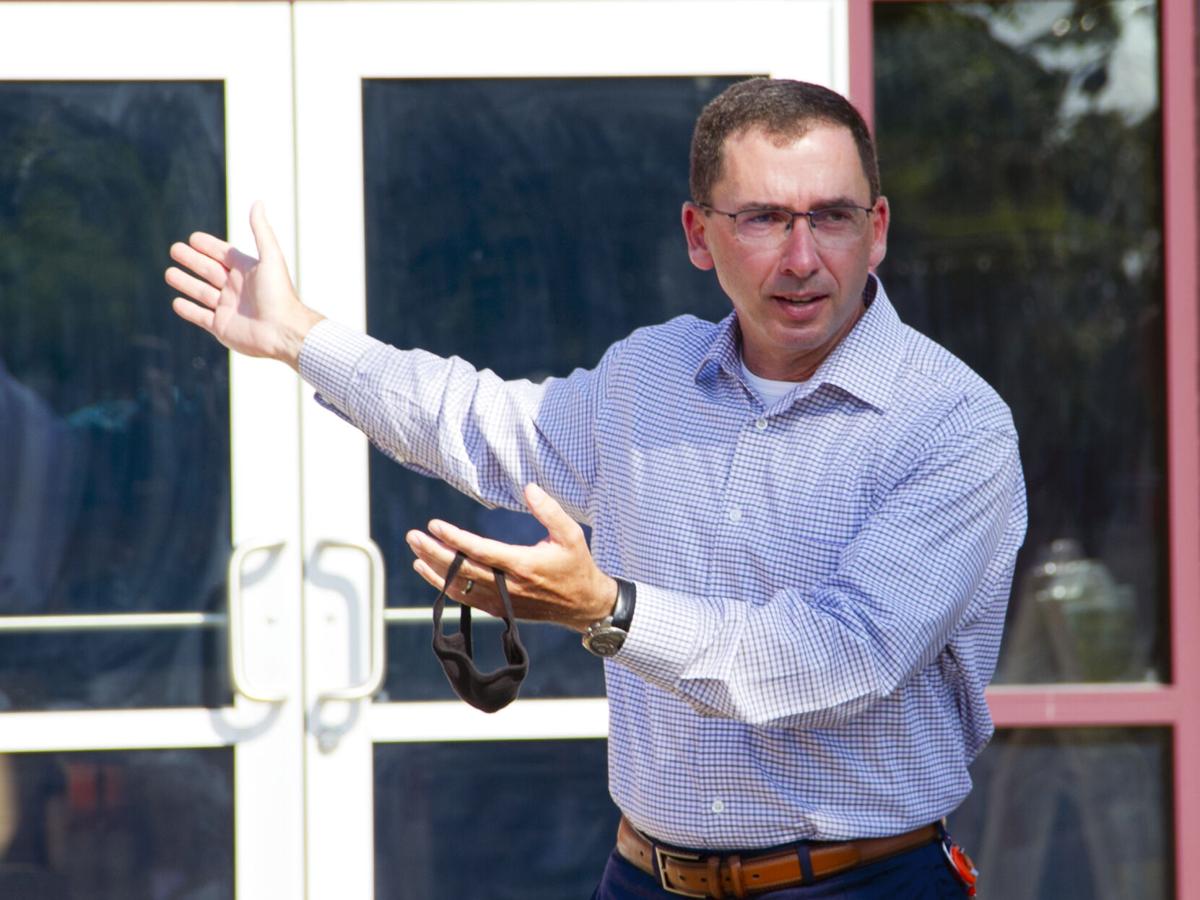 Bethel Park municipal manager Laurence Christian speaks about the quiet area prior to the ribbon cutting in August. 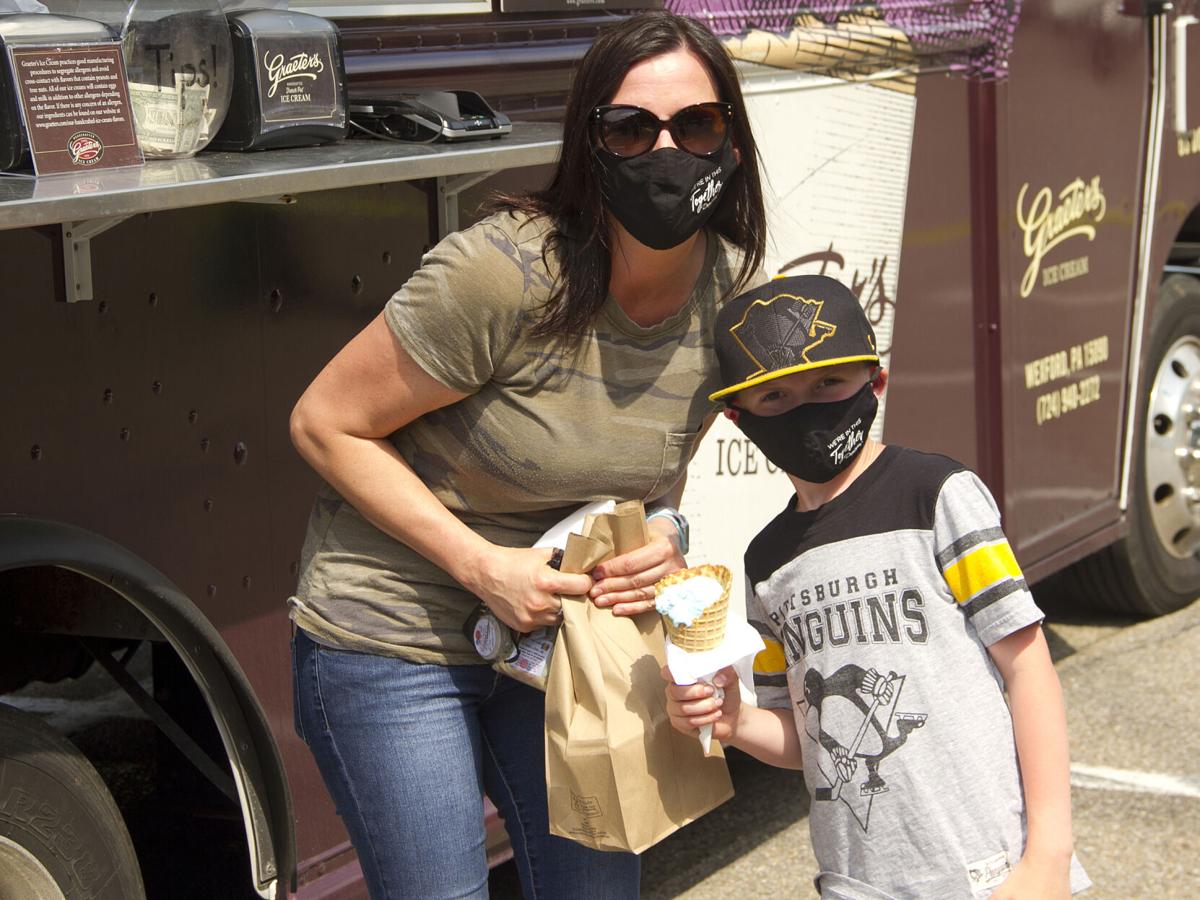 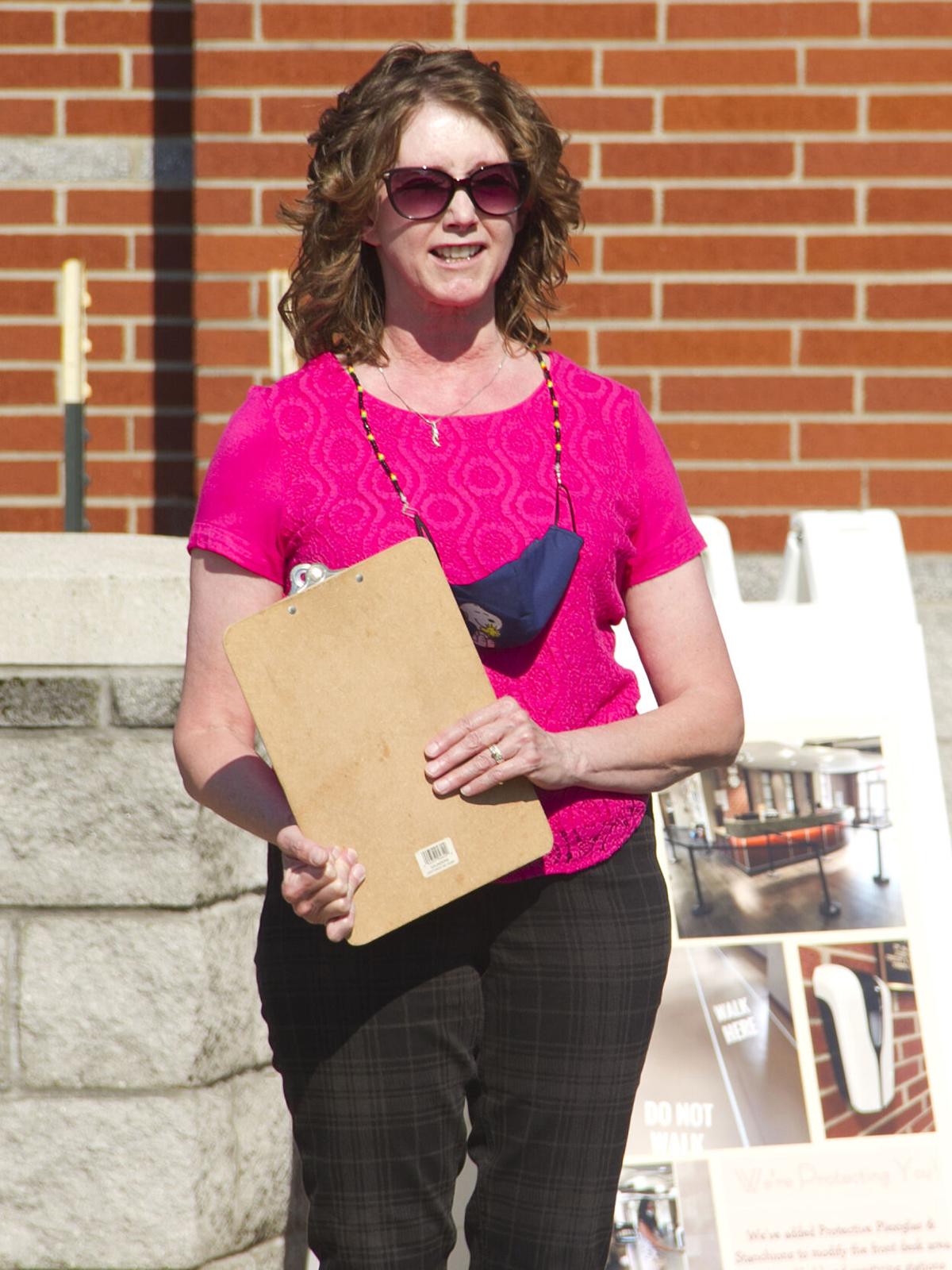 Cathy Muscato, Bethel Park Community Center director, speaks about the quiet area outside of the building during its opening ceremony in August. 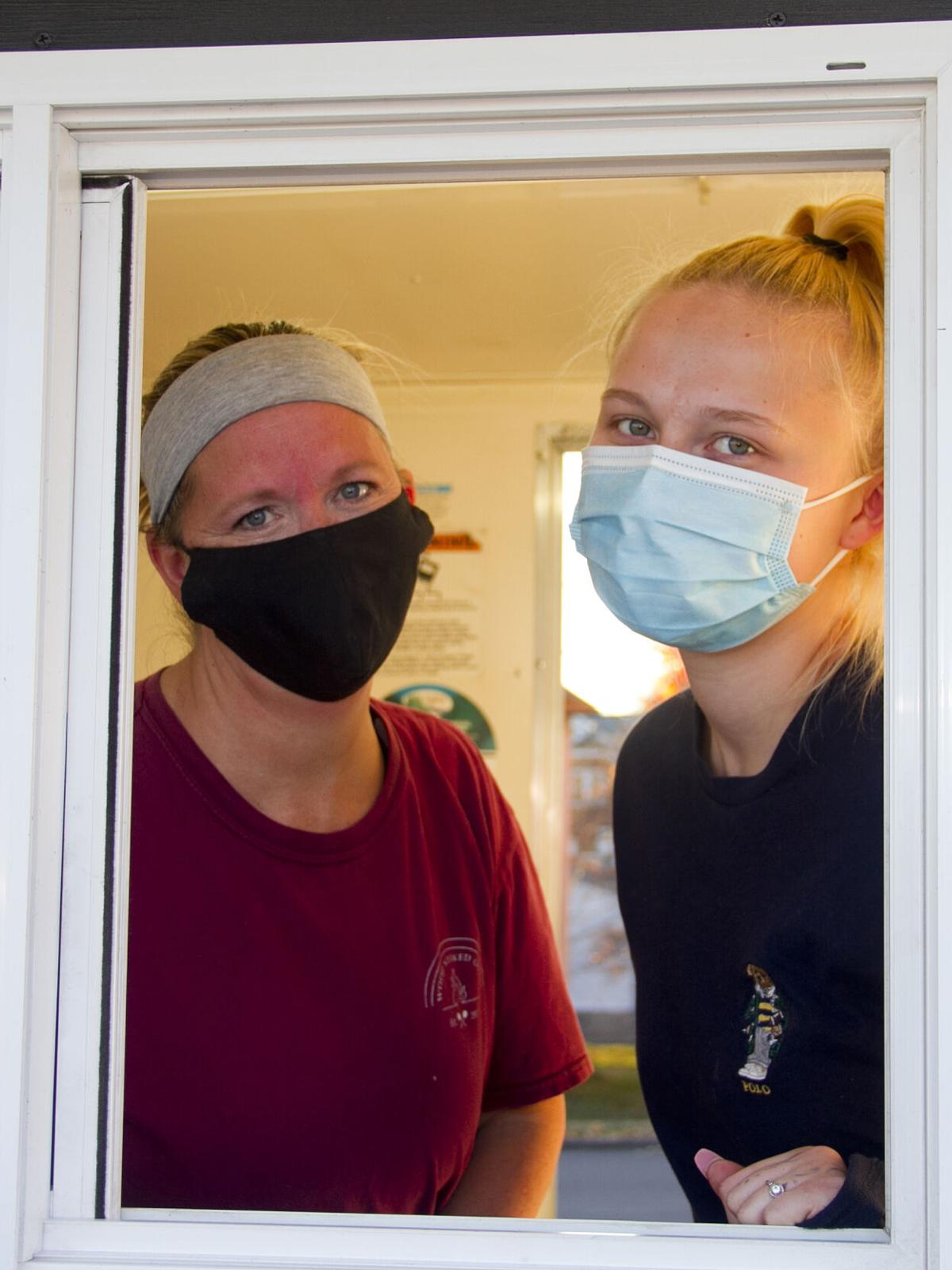 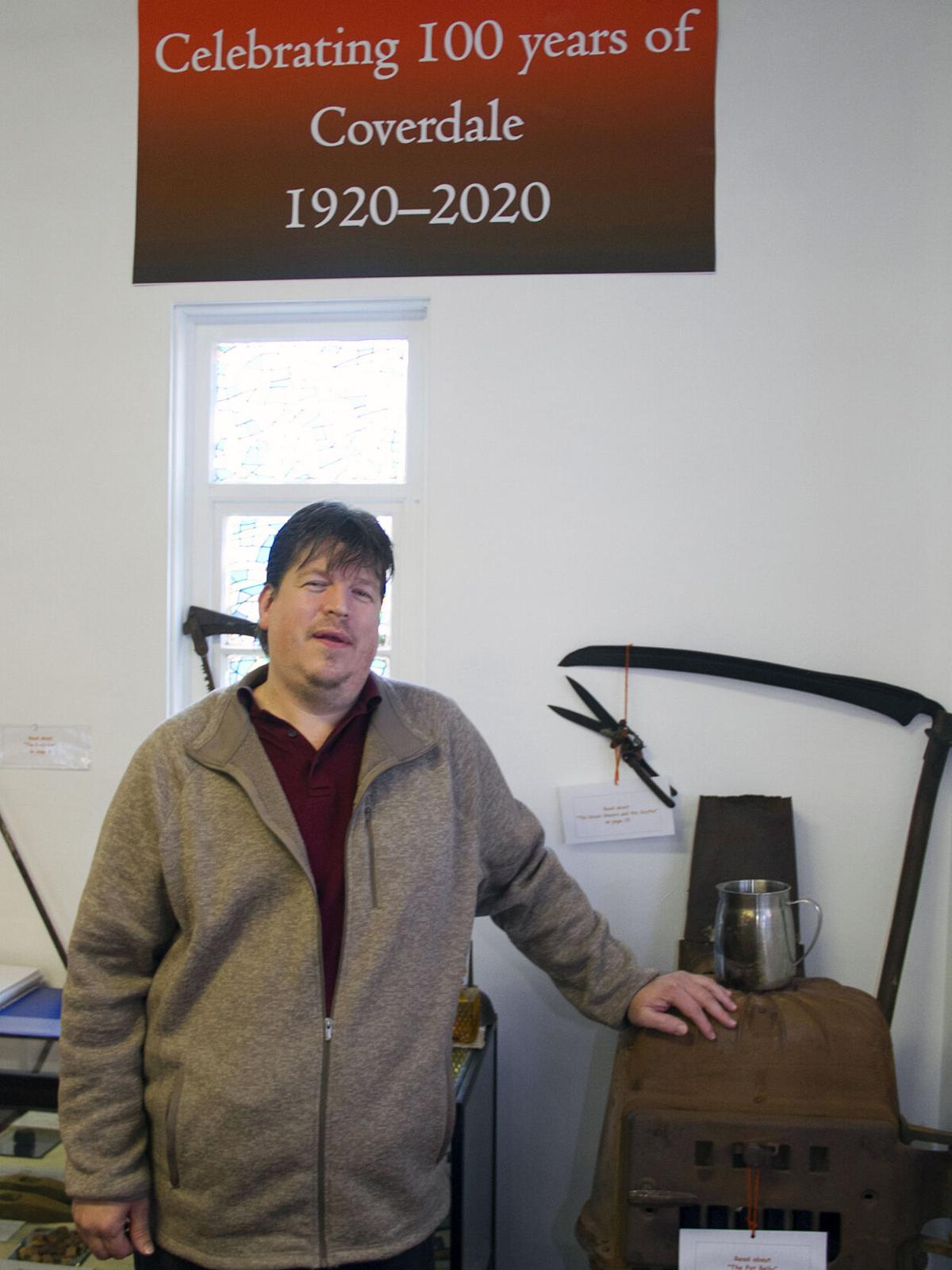 Robert McCormick put together a neighborhood history display last year at Bethel Baptist Church, in anticipation of a centennial celebration that ended up being canceled because of COVID-19. 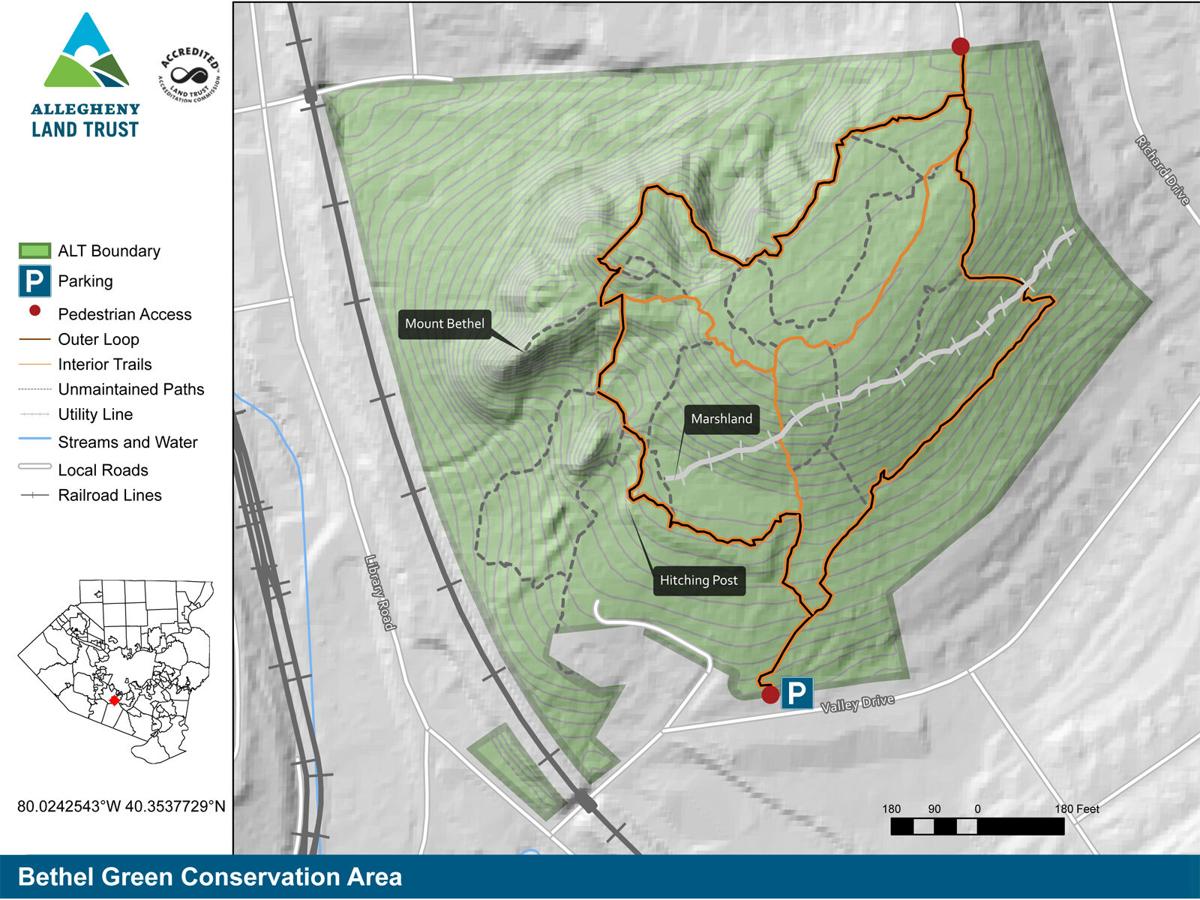 Bethel Park municipal manager Laurence Christian speaks about the quiet area prior to the ribbon cutting in August.

Cathy Muscato, Bethel Park Community Center director, speaks about the quiet area outside of the building during its opening ceremony in August.

Robert McCormick put together a neighborhood history display last year at Bethel Baptist Church, in anticipation of a centennial celebration that ended up being canceled because of COVID-19.

The strong sense of community in Bethel Park figured prominently in Laurence Christian’s decision to accept the position of municipal manager.

Of course, the ability to perpetuate local pride has faced quite the challenge during the COVID-19 pandemic.

“How do you share goodwill? How do you connect your residents when everybody’s telling them to stay apart, to stay socially distant? You have to figure out ways,” Christian said.

During a recent community update presented virtually by the Peters Township Chamber of Commerce and sponsored by Washington Financial Bank, he spoke about Bethel Park’s adapting accordingly.

For instance, what usually are in-person festivities were transitioned successfully into parades and other types of properly socially distanced celebrations.

“The outpouring was amazing, absolutely amazing,” Christian said about residents’ participation. “They still want to have some type of normalcy, and this was just a small semblance of how they could be normal again.”

While “normal” may end up being a relative term going forward, Bethel Park’s municipal leaders are doing what they can to carry on local traditions.

“We are in full-scale planning for a full suite of all of our normal operations for 2021,” Christian reported. “I think we have learned a lot over the last year. We know how to do these types of events safely.”

One example is scheduled for May 31, with the annual Memorial Day observance to take place at the Veterans Memorial in front of the municipal building.

And look for the Bethel Park Recreation Farmers Market to return Tuesday afternoons following a 2020 season that got off to a late start because of the pandemic, but ended up thriving.

“That was a huge endeavor on our part, to make sure that we could still have those things in an outside environment, where it’s safe,” Christian said. “We had about 800 people in attendance every week, on average, with 32 vendors.”

When the farmers market closed for the year, it immediately was succeeded by the advent of Food Truck Tuesdays in a Bethel Park Community Center parking lot.

“That was our community center director, Cathy Muscato, who came up with that brilliant idea, and she just ran with it,” Christian said.

Even a power outage in the parking lot couldn’t stop the weekly proceedings, as a Bethel Park Fire Company vehicle came to the rescue with plenty of illumination.

“It wasn’t eat by candlelight,” Christian said, “but it was eat by fire-truck light.”

“That’s a 1,900-square-foot quiet space, green-friendly, recycled water coming from the roof,” Christian said. “It’s really serene. I was out there and I couldn’t hear a thing other than the water fountains that were bubbling up. It was a great opportunity to just kind of relax and have some lunch.”

When the weather allows for people to enjoy going outside more frequently, Bethel Park has some other new amenities, including a recently completed playground at Miners Memorial Park, in the Coverdale neighborhood.

“As we developed the process, why not have the kids weigh in on what they want? And almost all the kids chose the one that we ended up going with. They, in essence, chose the playground that they’re now playing on,” Christian said. “We did not do a grand opening for this park, but we plan on doing something this summer, in concert with Coverdale’s 100th anniversary.”

Neighborhood resident Robert McCormick had spearheaded plans for an eventually canceled centennial celebration in the summer, and he also put together a historical Coverdale display at Bethel Baptist Church.

Playground replacements are planned for this year at the municipal Oak Tree Park, near Independence Middle School, and Birch Tree Park, off Forest Road near Ashland Drive.

And during 2020, the municipality joined forces with the Allegheny Land Trust in securing what is called the Bethel Green Conservation Area.

“In the middle of a pandemic, we coordinated with and helped facilitate the closure on 40 acres of green space in the north part of Bethel Park,” Christian said about the property off Route 88 at the Castle Shannon line. “It can never be developed. That is a jewel in Bethel Park that will never go away.”

Bethel Park officials are presently attempting to facilitate the administering of vaccines against COVID-19 to eligible members of the population.

A retired U.S. Army senior operations officer, Christian has been glad to bring his management experience to Bethel Park and to settle down locally with his family.

“I don’t want to live anywhere else,” he said, “because I think this is such an amazing community.”