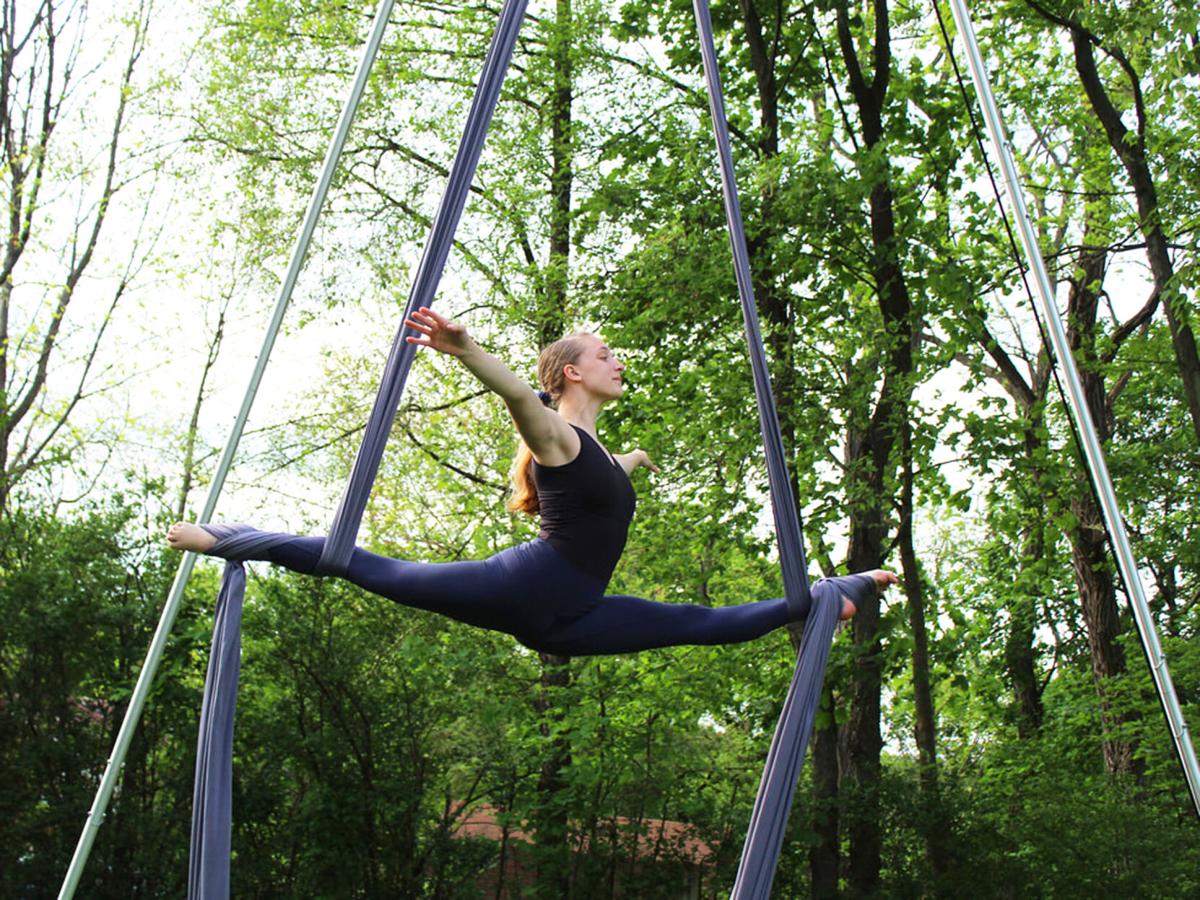 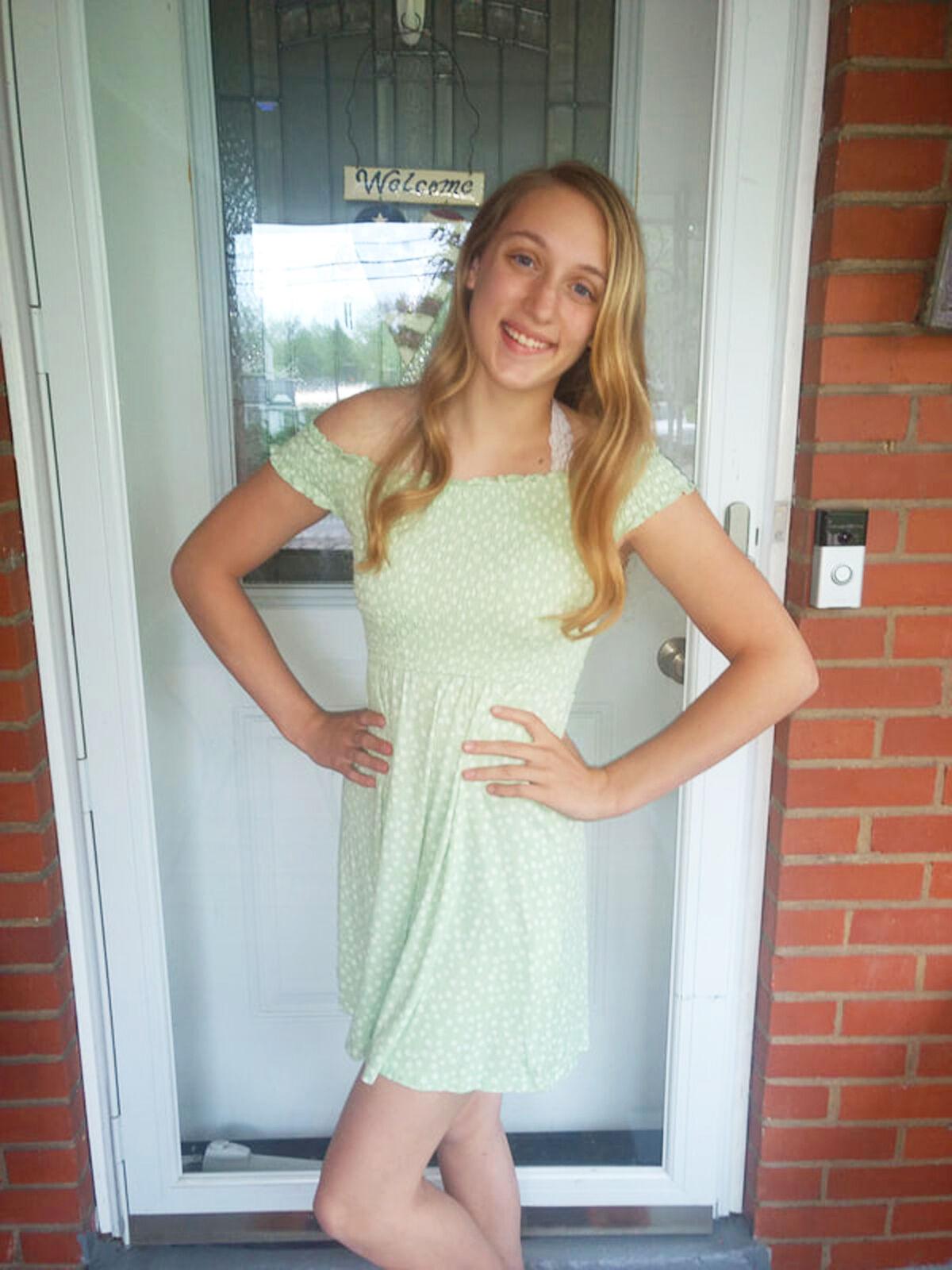 Although driving from Pittsburgh to Montreal takes less than 10 hours, Abby Richert may as well have been studying on Mars, as far as her family was concerned.

During the summer of 2020, Abby was getting ready to spend her junior year of high school attending École nationale de cirque (National Circus School) in Canada’s second-most populous city, one of a relatively few Americans to be selected for enrollment. Her goal is to perform with Cirque du Soleil, which has its home base near the school.

Of course, the just-completed academic year was anything but normal. And besides not seeing her family, Abby was subjected to quite a few other out-of-the-ordinary circumstances.

For example, she and the other students were told if they stayed two meters – that’s about six-and-a-half feet – apart, they didn’t have to cover their faces during the strenuous physical activity of circus training.

“But then the laws changed as COVID got worse, and we had to wear our own masks,” she said. “And once I came back from Christmas break, we had to wear the blue surgical masks all the time. Those were the only masks that were allowed in the school.”

The coverings also created some challenges for Abby in studying Quebec’s official language.

“My teacher said it’s been difficult for a lot of French-second-language learners this year because of the masks. We haven’t been able to see their lips move, and that’s one of the central parts of learning a language,” she said. “With the masks, as well, we can’t hear them clearly, so it’s definitely stunted our growth in French.”

Each time she traveled from the United States to Canada, when she started at the school in August and returned in January, Abby was quarantined for a couple of weeks.

That won’t be the case this year, as she has received both her doses of COVID-19 vaccine, the first in Montreal.

“They had just recently opened vaccines for people my age when I left. I got mine the first week of June,” Abby reported, with her second shot coming a month later in Pennsylvania.

“We found out that the Canadian snowbirds who went down to Florida for the winter got one of their doses in America and then one in Canada,” she said. “It was able to work out with them, so we figured that it would work out with me, as well.”

Students at École nationale de cirque are required to select a major discipline, and Abby chose dance trapeze, “where both of the ropes are hung from a single point, and you can spin and orbit with that,” she said. “I studied that almost every day, as well as flexibility classes, strength classes, acrobatics, acting, dance, juggling. We had so many classes.”

She wrapped up the school year by joining other students in giving individual presentations of their specialties.

“That would usually be in front of the whole school, but we only got to do it in front of a few administrators in the building,” she said. “Usually, you feel the energy of the room. But then we were done, and we had, like, five people applauding.”

Abby also participated in a show conducted by a professional choreographer, one that was presented to a virtual audience.

“That was a big event that parents would usually come to the school to see. It was nice to have it livestreamed, so that more of our family could watch it than would have normally been able to come up to Montreal and actually see it,” she said. “That was a big positive, in a way.”

Another positive is that, despite some scares, only a single case of COVID-19 was diagnosed at École nationale de cirque in 2020-21.

“Although it seemed frustrating at some points with all the measures, we realized that they were worth it,” Abby said. “We made it through an entire year and never had to shut down and go virtual.”