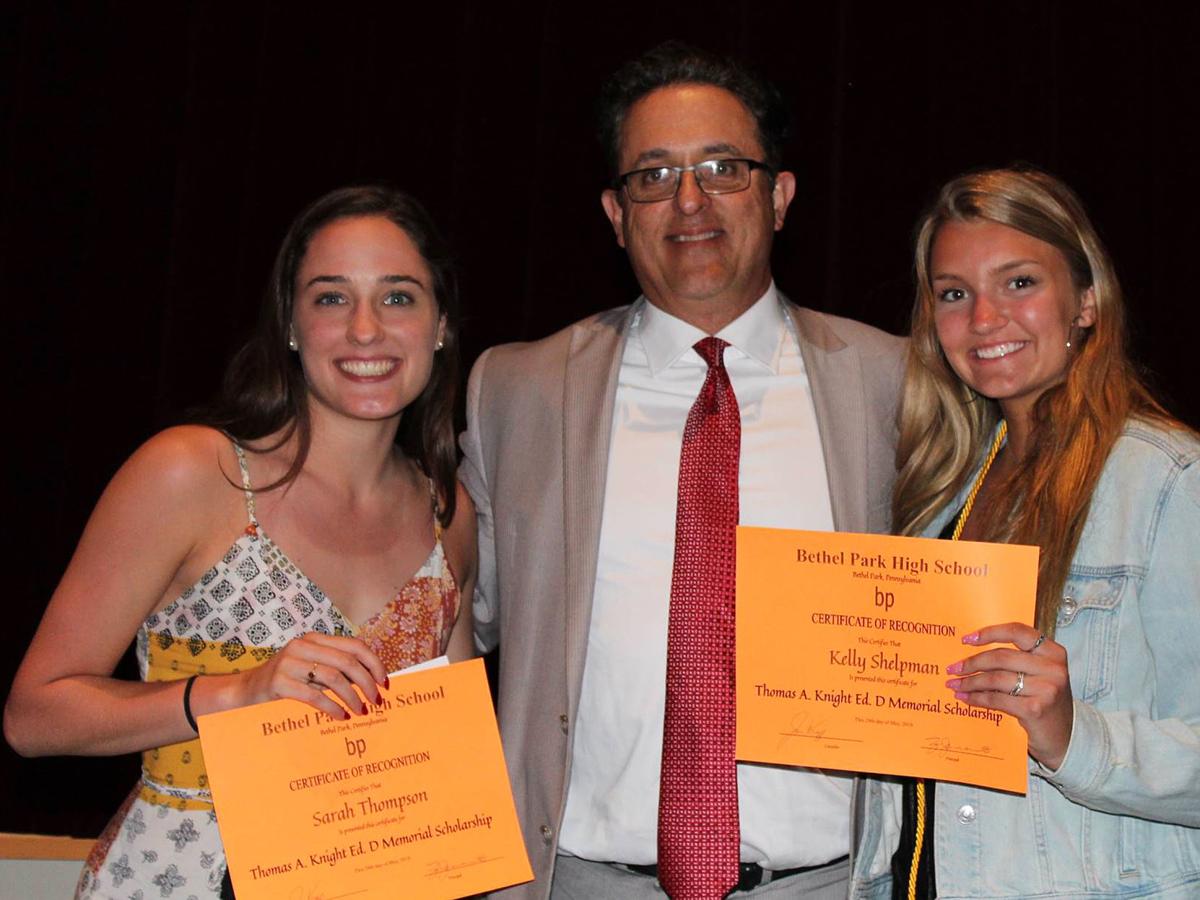 Zeb Jansante presents the 2019 Thomas A. Knight Ed.D. Memorial Scholarship awards to then-high school students Sarah Thompson, left, and Kelly Shelpman. His professional relationship with Knight went back to the beginning of Jansante’s career in education. 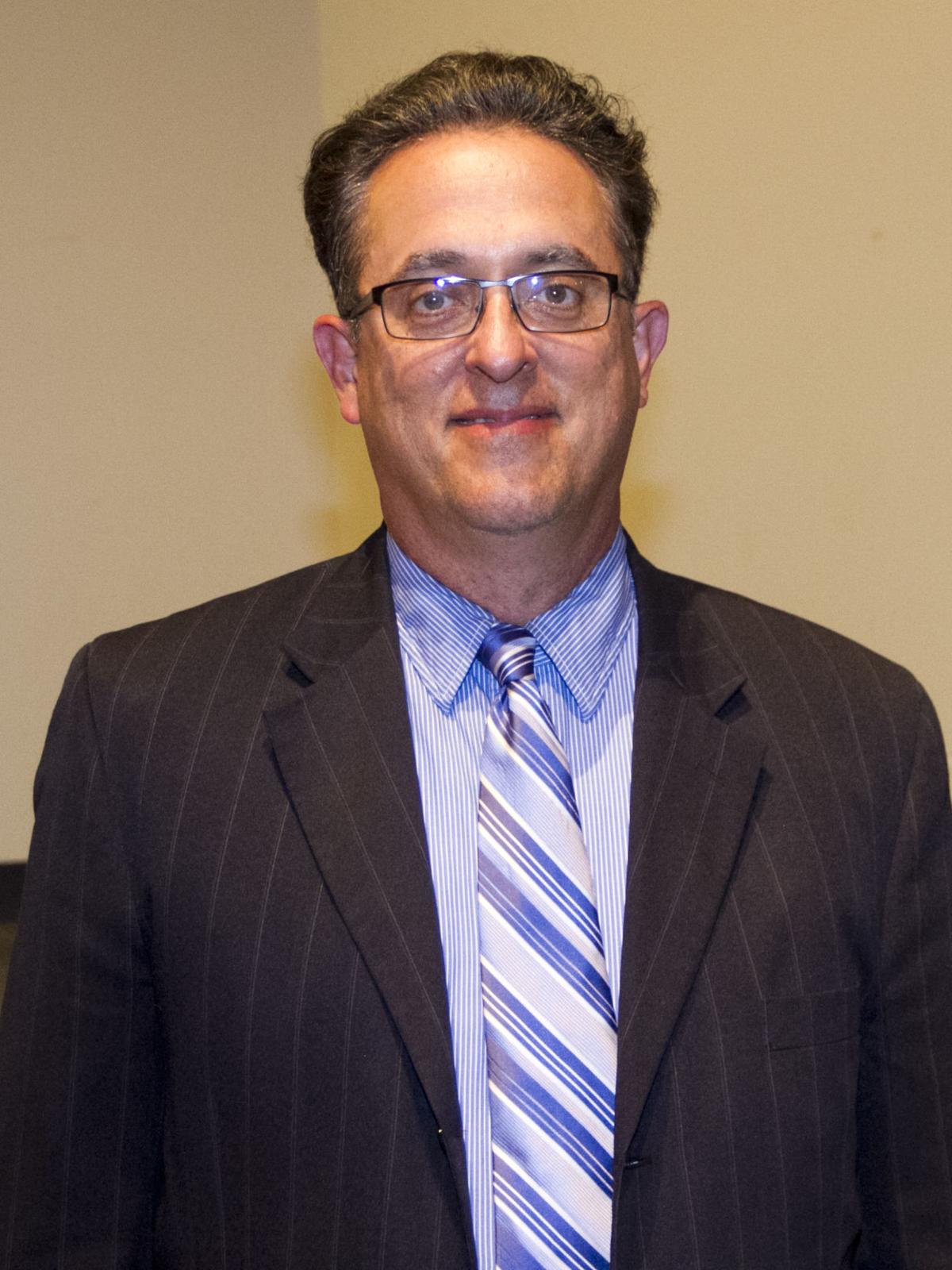 Zeb Jansante attends a school board meeting held in the auditorium of Bethel Park High School, for which he has served as head principal since 2006. 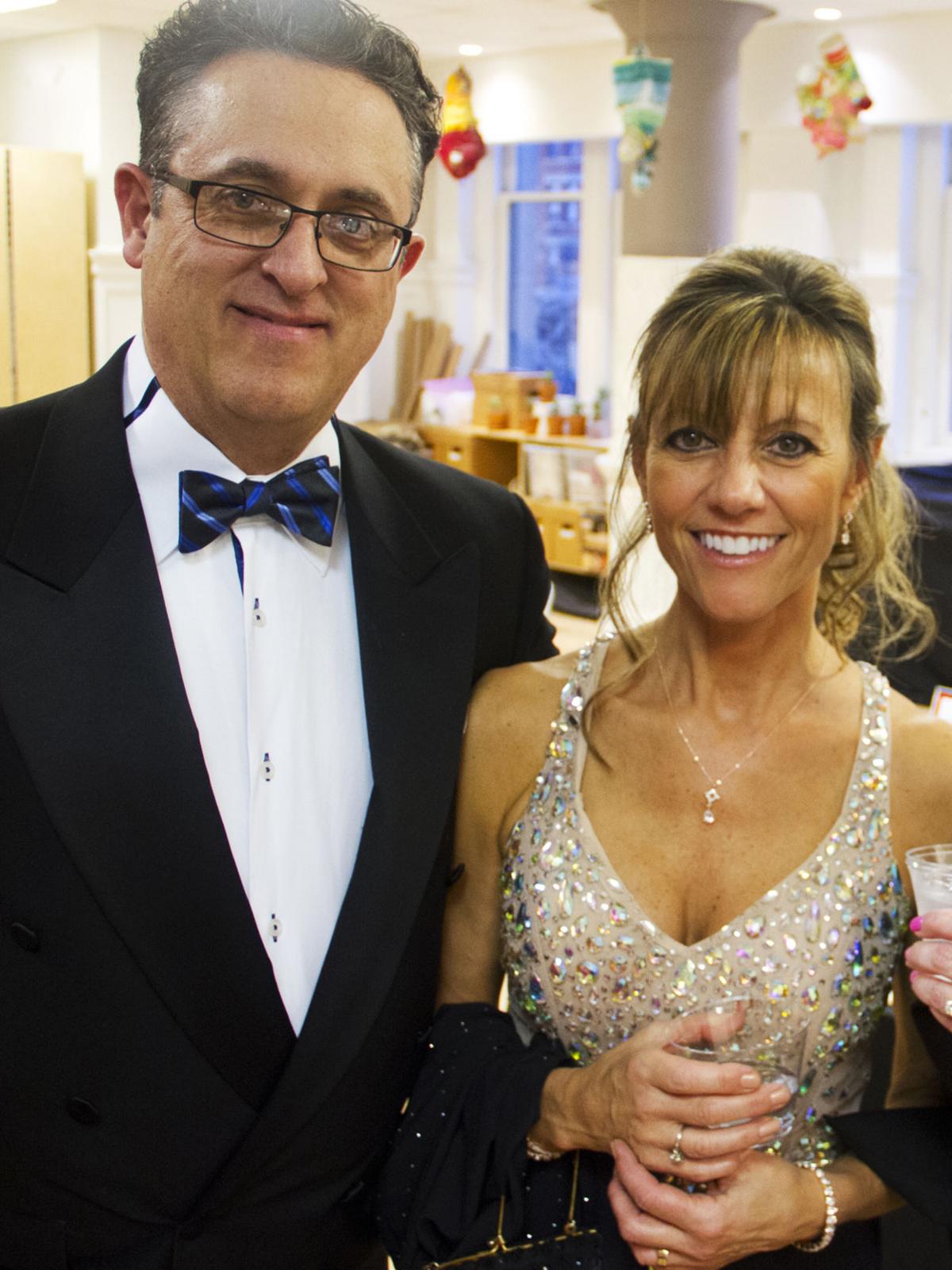 Zeb Jansante and his wife, Sandy, attend a 2019 fundraising event. 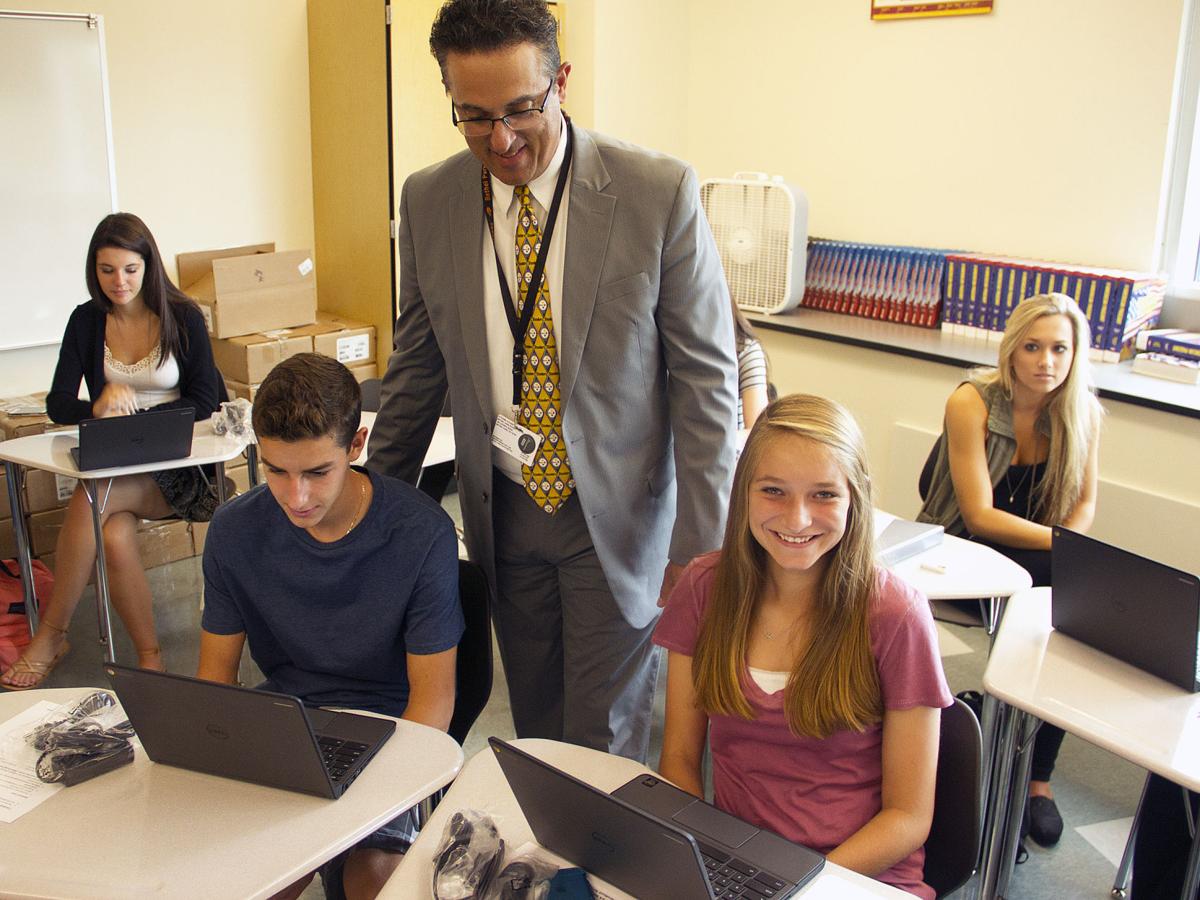 Zeb Jansante presents the 2019 Thomas A. Knight Ed.D. Memorial Scholarship awards to then-high school students Sarah Thompson, left, and Kelly Shelpman. His professional relationship with Knight went back to the beginning of Jansante’s career in education.

Zeb Jansante attends a school board meeting held in the auditorium of Bethel Park High School, for which he has served as head principal since 2006.

Zeb Jansante and his wife, Sandy, attend a 2019 fundraising event.

The longest-serving high school principal in the history of Bethel Park School District is about to take the next step in his career.

Zeb Jansante – or as folks like to call him, “Dr. J” – is the district’s new assistant superintendent for administration, a move that truly marks the end of an era.

“When June 30 hits, it will be over,” he said, “but I’m currently the longest-serving high school principal in the state of Pennsylvania, with 29 years.”

He has spent nearly half that time, 14 years, in Bethel Park, long enough ago that when he arrived, the high school still was in the multi-building campus format students had known for decades.

At the time, district officials, led by then-Superintendent Thomas Knight, were looking into a more modern, more secure configuration for a new school.

“When he took ill,” Jansante said about Knight, who passed away in 2011, “he kind of turned the reins over to me. So I pretty much had a big say in how that all turned out.”

The whole experience gave him an opportunity to work closely with central administration, which he now joins as taking the helm in such facets as operations and strategic planning.

While he looks forward to his new responsibilities, Jansante also will miss certain aspects of being a principal, especially the personal relationships he’s formed over the years.

“I like working with the students and being a part of their high school career,” he said.

After Jansante finished his career at Bentworth High School in Bentleyville, he spent a year working in a glass factory.

That actually was far from wishful thinking: Val Jansante starred on a Duquesne University football team that compiled a 26-game winning streak. Then after serving in the U.S. Navy during World War II, he joined the Pittsburgh Steelers, setting club receiving records and playing in the team’s sole postseason appearance prior to 1972.

Following in his father’s footsteps, Zeb played at West Virginia University for a season.

“Then I decided I was going to be a tech ed teacher, which back then was industrial arts, and the best program around was at Cal U.,” he said.

With the Vulcans of California University of Pennsylvania, his performance on the gridiron earned him an invitation to play in the fledgling United States Football League with the Philadelphia Stars, led at the time by former Steelers assistant head coach George Perles.

“It wasn’t long. I was there through camp, for a couple of preseason games, and then I was released,” Jansante recalled, and he subsequently declined an invitation to join another USFL team, concentrating on his career in education.

While he was teaching at Bethlehem-Center High School in the late 1980s, his principal was none other than Thomas Knight.

“He encouraged me to get my principal’s degree. And the full circle, later, he recruited me from Mt. Lebanon,” Jansante said about his leaving the high school in that district for Bethel Park. “Tom Knight was just a great educator, a great person.”

Taking over for Jansante as head principal at Bethel Park High School is Joe Villani, promoted from associate principal. The pair have given the school a formidable one-two punch as far as former athletes: Villani started at center for the Pitt Panthers and later went to training camp with the New York Jets.

And athleticism has continued to be a Jansante tradition. Zeb and wife Sandy, a Bethel Park High School graduate, have three sons – twins Carmen and Luke, plus younger brother Grant – who all have starred in various sports.

When the older boys arrived in 1995, their dad was in the midst of working on his doctor of education at the University of Pittsburgh while leading the administration at Elizabeth Forward Senior High School.

“I had just started the principal’s job in August. The kids were born in November. And I defended in the spring,” he said about his doctoral dissertation, adding, as you might expect: “It was a blur.”

Such experiences, though, help professionals develop their time-management skills, and Dr. J definitely will be putting his to use as assistant superintendent. As of school board action June 23, he is the district’s pandemic coordinator, leading in the preparations for the coming school year under the still-looming threat of COVID-19.

“That’s a moving target, no matter what we plan,” he said.

Then again, Jansante has been encountering moving targets throughout his more than three decades as an educator.

“I’ve seen it all,” he said. “I started when there wasn’t even an Internet, really. And then cellphones came along and of course, now, smartphones. Kids can’t operate without their smartphones. So it’s a totally different world now with education and really, society at large.”