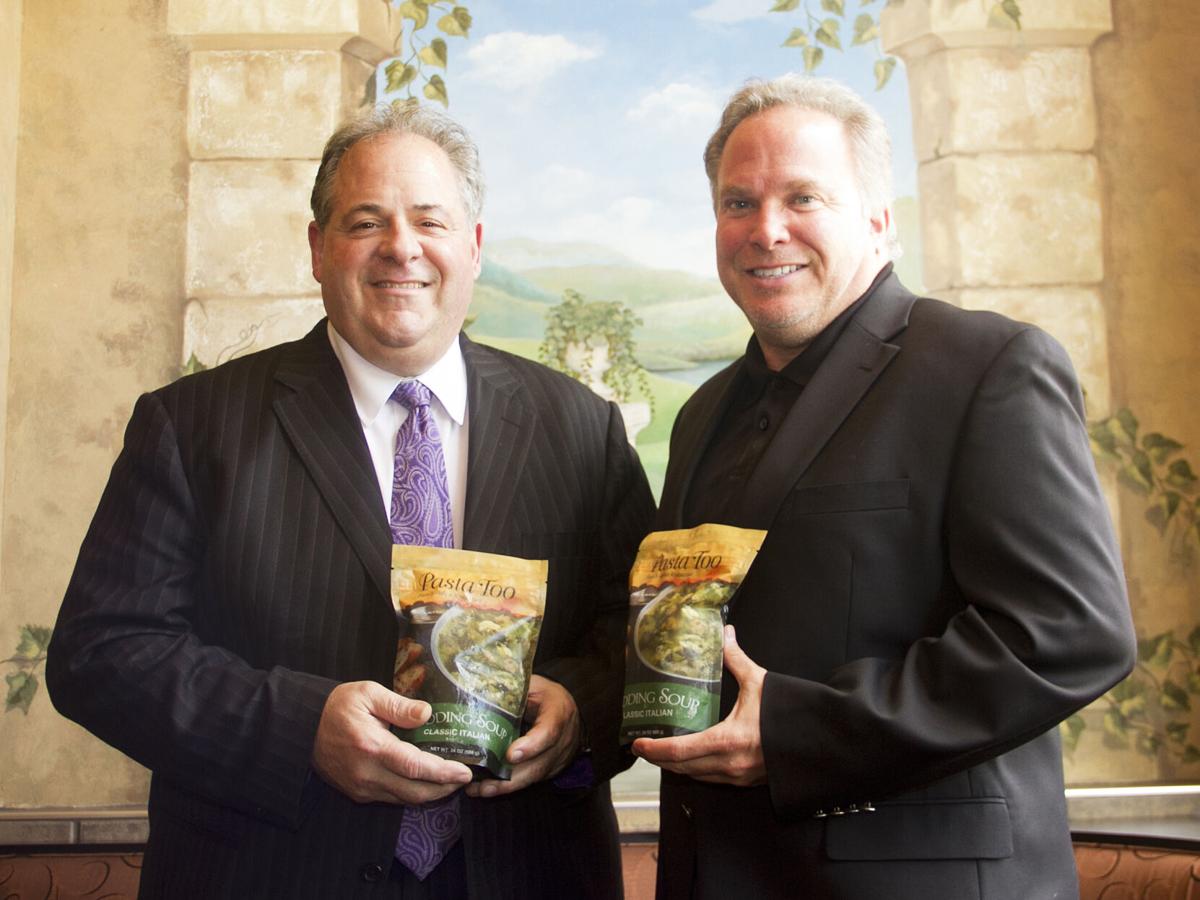 From left are Ray Piacquadio, Pasta Too owner, and Jim Gastgeb, vice president. 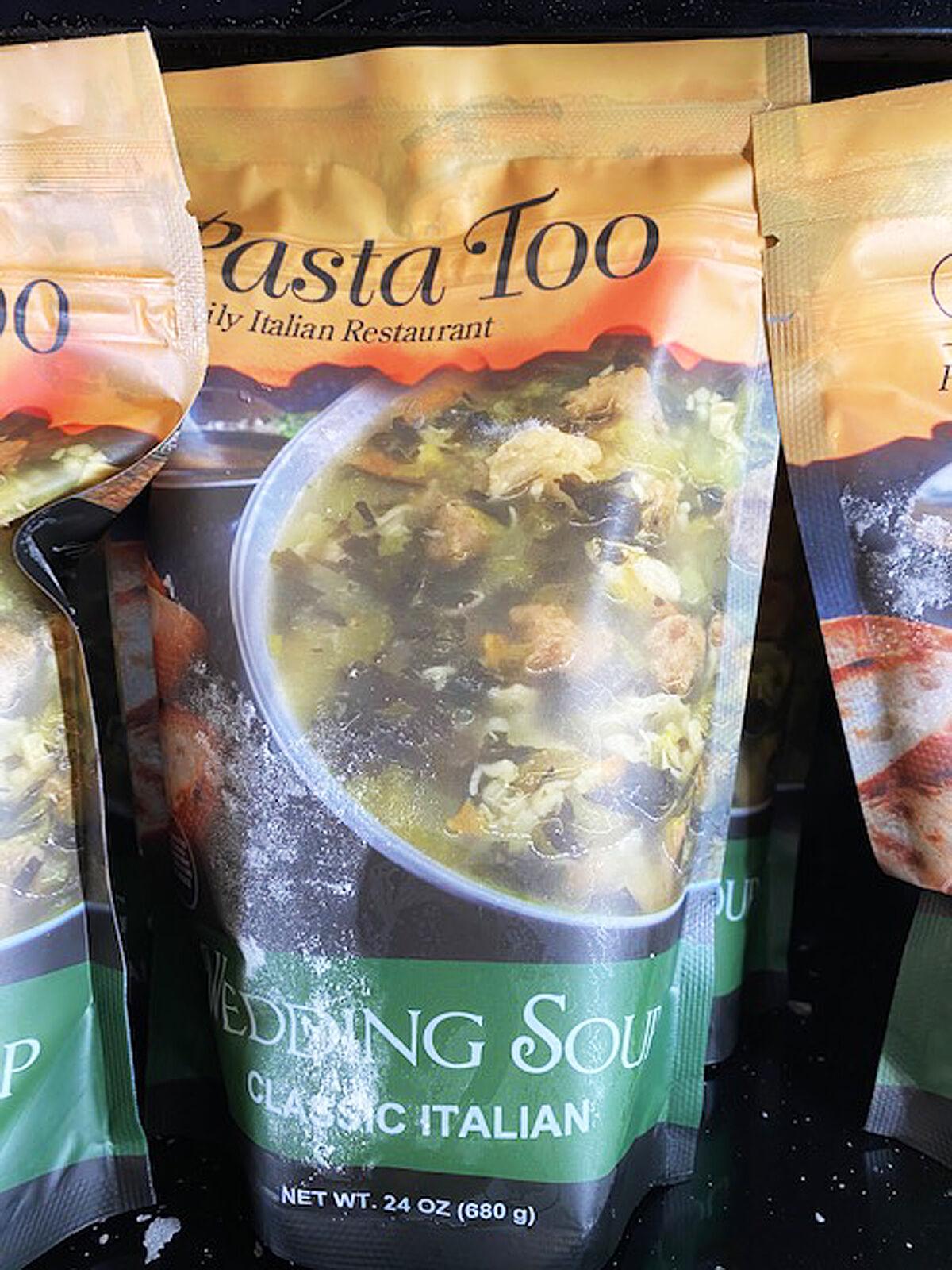 Soup’s on courtesy of Pasta Too.

Soup’s on, as always, at Pasta Too in Bethel Park.

These days, it’s in the supermarket, too.

In the continuing expansion of its retail product line, the Route 88 restaurant has rolled out frozen packages of Italian wedding soup, a menu item that owner Raymond Piacquadio has been serving each day for decades.

“We’re not even in soup season, so we were a little nervous there,” he said about the April launch. “We just ordered our second 5,000 labels.”

The product’s label features an appealing photograph of a full soup bowl as part of a distinctive piece of packaging, a 24-ounce pouch that can be resealed.

“Everyone is doing this pouch concept,” said Jim Gastgeb, Pasta Too vice president. “Why not do soup?”

The restaurant began producing pasta sauce for grocers’ shelves in 2015, with several varieties and grated cheese added over the years. Along with the wedding soup, minestrone and pasta e fagioli are to be added to the lineup in the fall.

As is standard practice for Pasta Too, the soups come from family recipes that go back generations.

Gastgeb follows the food industry closely to help determine what may turn out to be viable products.

“I’m never going to launch something just to launch it, cross my fingers and hope that it’s going to sell,” he said. “There are a lot of analytics and strategy that go into what’s next, and is it meaningful? Is it something that the consumer is looking for? Is there a need for it?”

Regarding the latest offering, the answer to all appears to be yes.

“Through my research, there were really two voids: one, a good, quality wedding soup. Two, it’s very limited in frozen. You see dry. You see the cans. But you don’t see frozen,” Gastgeb said. “When you’re looking in the Italian frozen door, you see noodles, meatballs, garlic bread. You don’t see soup.”

During the COVID-19 pandemic, salad bars and their accompanying kettles of soup have been missing from stores and restaurants. And for a while, pasta sauce was in short supply as customers stocked up on nonperishables.

“We were able to ramp up production in the early going, and in some stores, we were the only sauce on the shelf,” Gastgeb recalled.

He looks forward to again being able to offer samples of Pasta Too products to store customers.

“Once we get to that point, then we’re really getting back to normal,” he said. “That’s a big piece of what we do. We’re all in when it comes to letting the consumers taste our product, because I feel once they taste it, we have ’em.”

The restaurant, which has been in Bethel Park since 1983 and at its current location for 19 years, continued to satisfy the appetites of loyal customers during the pandemic by instituting an efficient takeout system until the dining room could reopen.

“You have to take different avenues,” Piacquadio said. “Things change. That’s the only thing for certain, that things are going to change, and you have to be open-minded on how you’re going to travel with the change.”