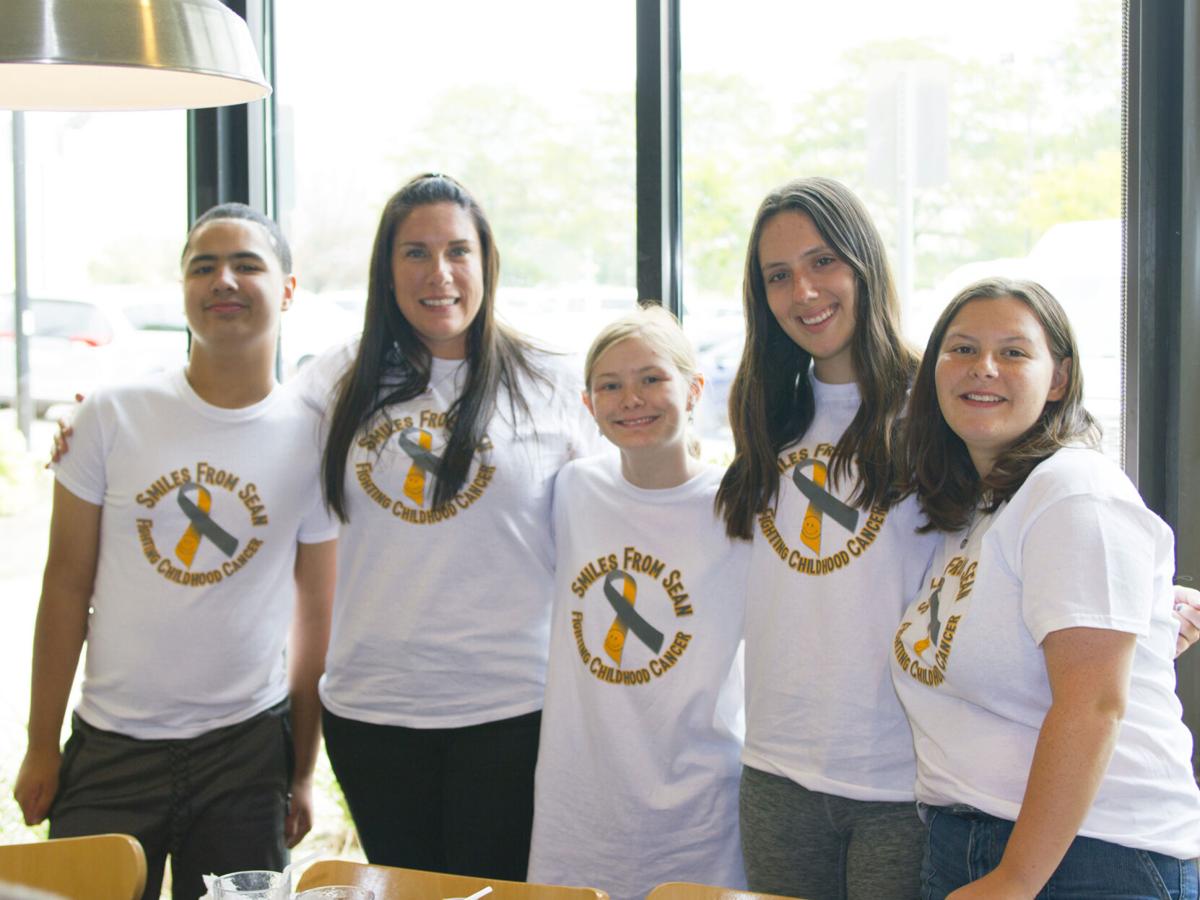 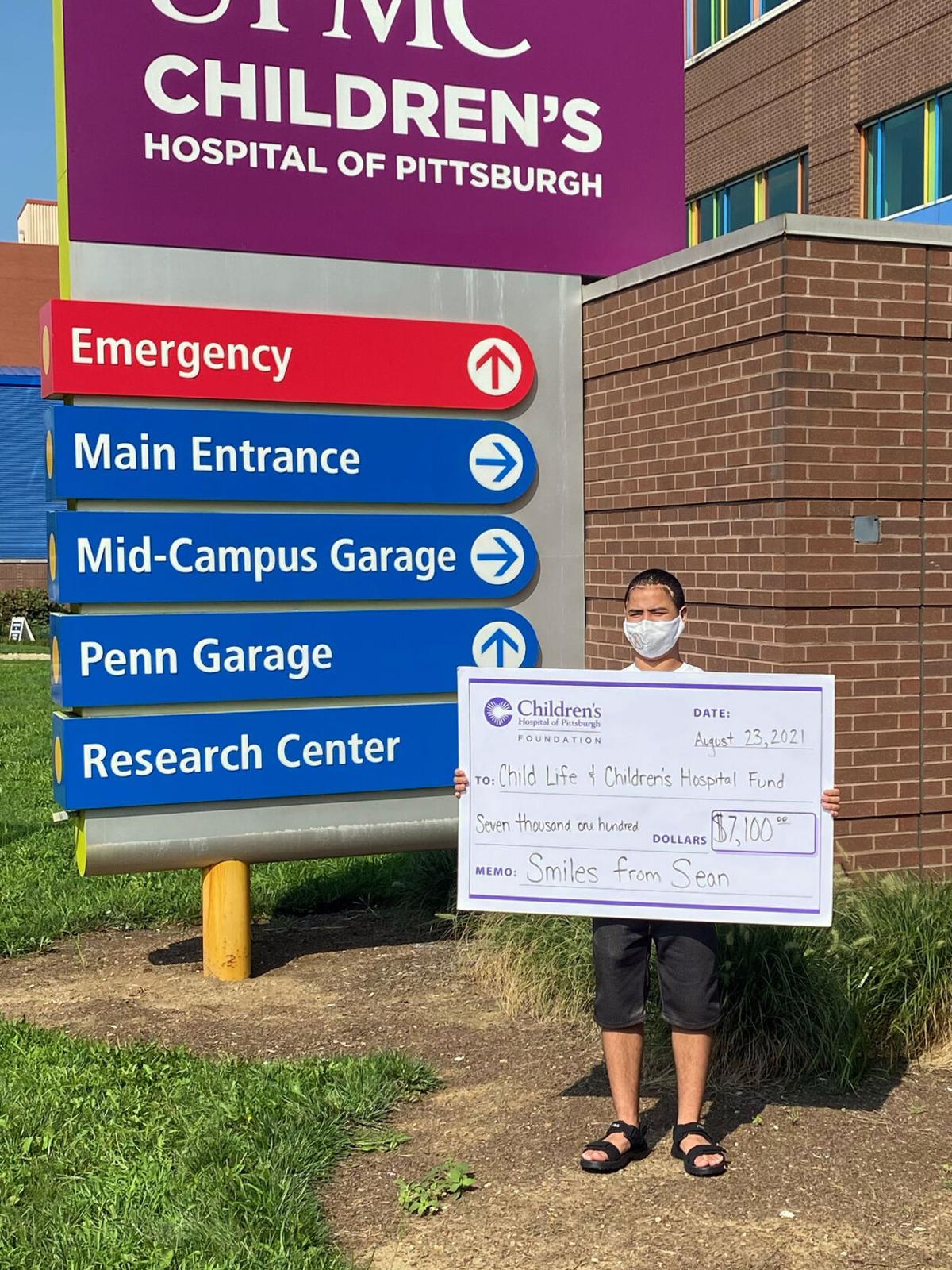 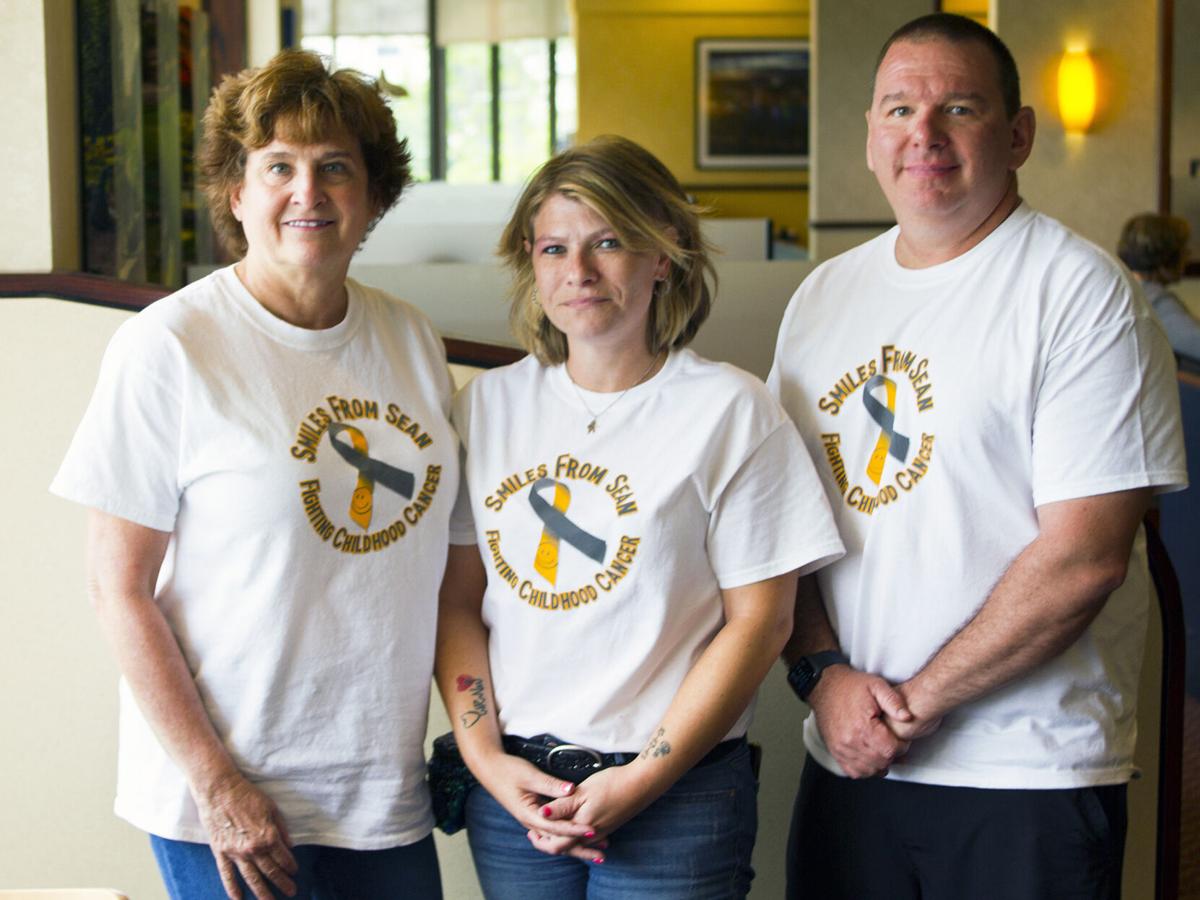 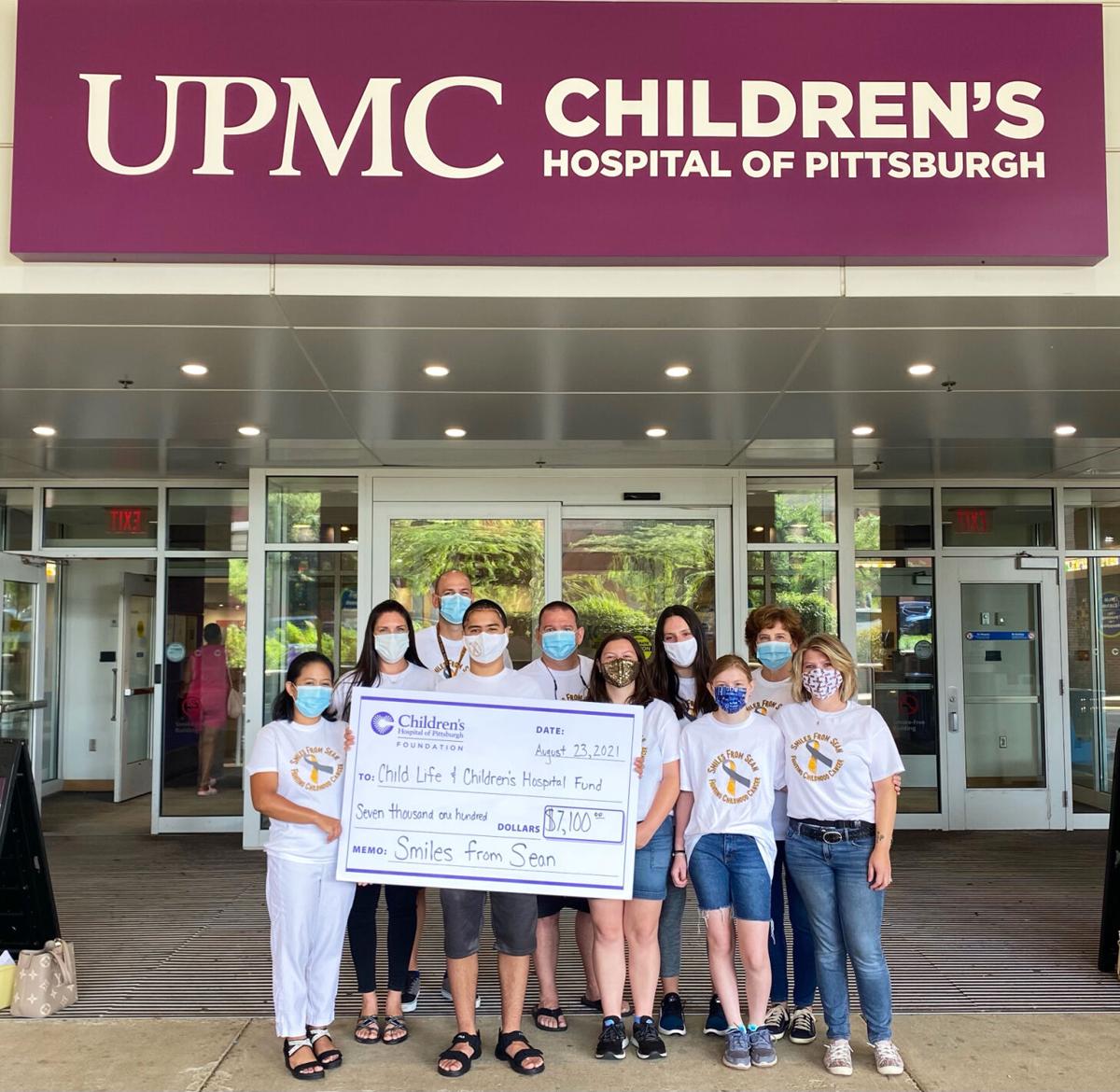 Sean Rovers' supporters accompany him for the check presentation at UPMC Children's Hospital of Pittsburgh. 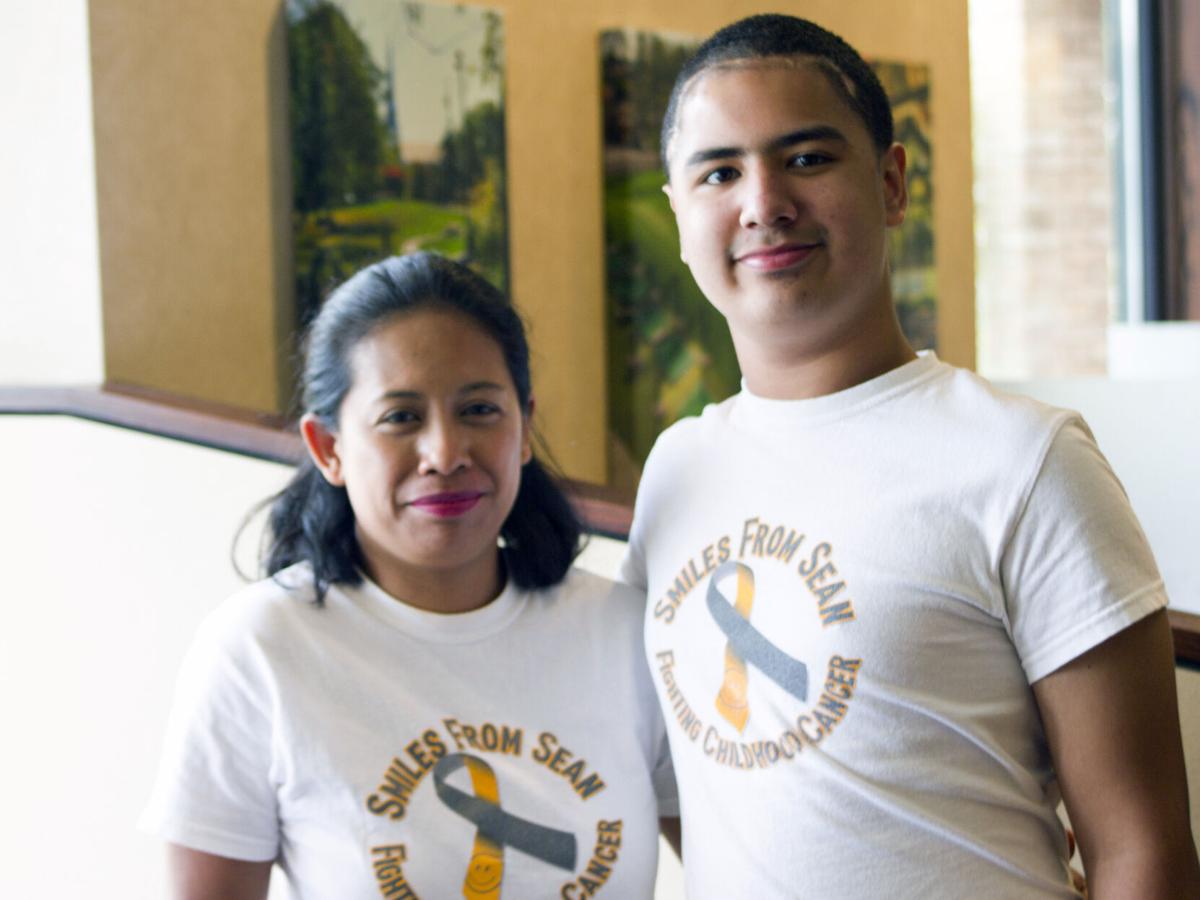 Maria and Sean Rovers pose for a recent photo.

Sean Rovers' supporters accompany him for the check presentation at UPMC Children's Hospital of Pittsburgh.

Maria and Sean Rovers pose for a recent photo.

The smiles keep coming from Sean.

Just prior to the start of September, which is Child Cancer Awareness Month, Sean Rovers was happy to present a sizable facsimile of a $7,100 check to the Child Life and Children’s Hospital Fund at UPMC Children’s Hospital of Pittsburgh. The money represents the latest act of largesse from the Bethel Park nonprofit that is named for him.

Founded by his mother, Maria, Smiles from Sean strives to put grins on the faces of children with underlying medical conditions and to help reassure them they are not alone in their battles.

In Sean’s case, his battle began nearly four years ago, when he was diagnosed with a practically unknown form of pediatric brain cancer. He subsequently underwent two rounds of surgery and radiation treatment.

Now 13 and starting eighth grade at Independence Middle School, Sean now stands a full head taller than his mother. He participates in activities at school and beyond, and he’s proud to do what he can on behalf of others.

For that, he has a tremendous amount of support.

“I think it’s great,” Sean said about the effort, as he and others who were involved stopped for lunch at a South Hills restaurant on their way back for Oakland the day of the donation.

Among his school activities is participation in the Bethel Park Interact Club, a Rotary-sponsored student service organization that aided considerably in raising awareness about the coin drive that was held in May.

“When Mrs. Rovers came up to us and asked if we were interested in helping out and raising money, we absolutely took it right away,” said senior Sarah Goldenberg, club vice president. “We were so excited to help, especially because he was a member. And we had no idea.”

The club includes seventh- through 12th-graders from both Bethel Park High School and Independence Middle School, and once the older students learned more about Sean, their commitment deepened.

“Sean came over the announcements and gave a speech, and it was just like, chills went right down my back. It was so touching,” junior Melina Stewart, Interact president, said. “I think by hearing Sean speak, everybody became more passionate about the subject. You hear about it, but when it comes firsthand from a student, you realize that this is something we have to support.

“From the high school, I think we got more than we ever would have imagined,” she said. “We did get a lot of participation, and I can tell you right now, the winning class raised $342. It was phenomenal.”

At Independence, reading teacher Sharilyn Oravetz adapted a classroom lesson to support Sean, who is one of her students.

“We actually were studying child activism in our class, and we were learning about many different children throughout the world who were child activists,” she said. “Once I found out what Sean does, I then introduced him to all of my students as a child activist. I told all the students that he is doing exactly what we have been studying and reading about for months.”

As a culminating activity, each student chooses an organization to promote with fliers or other type of advertising.

“This year, I contacted Mrs. Rovers and asked if she would mind if we all chose one organization, and we chose Sean’s organization. Sean then presented to all of my classes, his program and what his charity does, and what he’s been through medically. Then all of the students took a different aspect of his charity to display throughout the building,” Oravetz said. “That kind of got the buzz going in the school.”

The coin drive came shortly afterward, and Oravetz assisted with the promotional aspect by helping Maria and Sean develop the speech that impressed Melina and others at the high school so much. He also presented it at Neil Armstrong Middle School, where he attended fifth and sixth grades.

“And then he delivered a speech in front of all his peers at Independence Middle School during their lunch periods,” his teacher said. “He did an excellent job.”

Maria also credited the Neil Armstrong student government and Bethel Park parent-teacher groups for their help in placing donation jugs in classrooms throughout the school district. Regarding the Rotarians’ financial contribution, Upper St. Clair-Bethel Park (Breakfast) is one of the two sponsoring Rotary clubs for the Interact students.

The breakfast club’s liaison to Interact is Pamela Tiano, mother of Sarah and Abigail Goldenberg, the younger daughter a freshman who serves as secretary.

“It’s giving me the opportunity to meet a lot of these kids, like Sean. There is just something about him that’s very special. He’s my little buddy. I always make sure that he’s taken care of,” Tiano said. “And I always make sure, too, when I report back to the Rotary at our meetings, all the wonderful things the kids are doing.”

As far as the students’ support for Smiles from Sean, Tiano said she was told, “We want to match them dollar-for-dollar up to $2,500.”

“And so that’s what they did,” she said.

Part of the Children’s Hospital donation went toward replacing the Power Wheels battery-operated vehicle Sean and others had ridden in the oncology department on their way toward receiving radiation treatment.

Among them was Kaylee Kruise, a patient from the Altoona area who befriended Sean when they learned they were born on the same day. Kaylee passed way Feb. 12, and the Power Wheels project honors her along with Sean.

The fundraising project followed a period of inactivity in 2020, of course, because of the COVID-19 pandemic.

“So overall, it’s a successful year for our organization,” Maria Rovers said.

Along with its primary mission, Smiles from Sean raises money to help with patients’ incidentals, raises awareness about the importance of annual well-child visits and about childhood cancer, and supports cancer research.