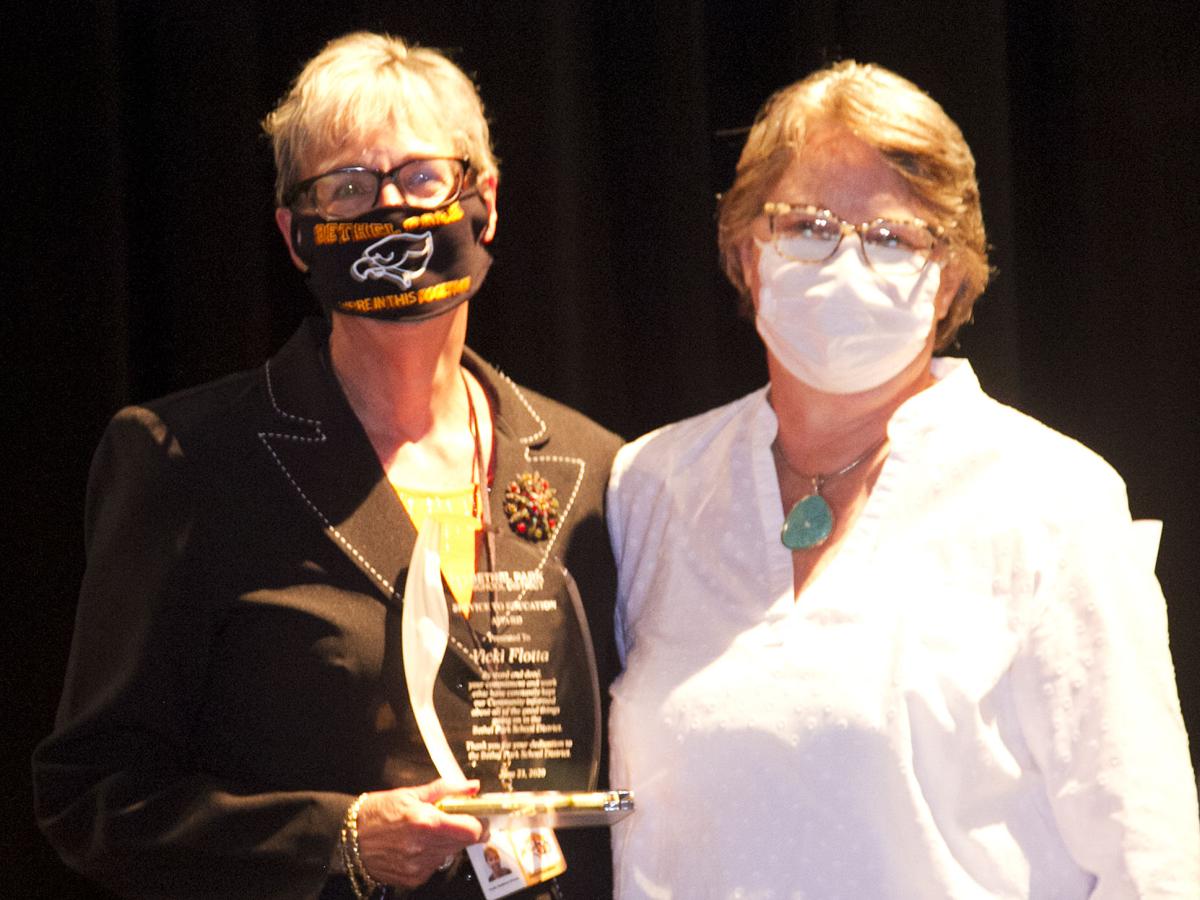 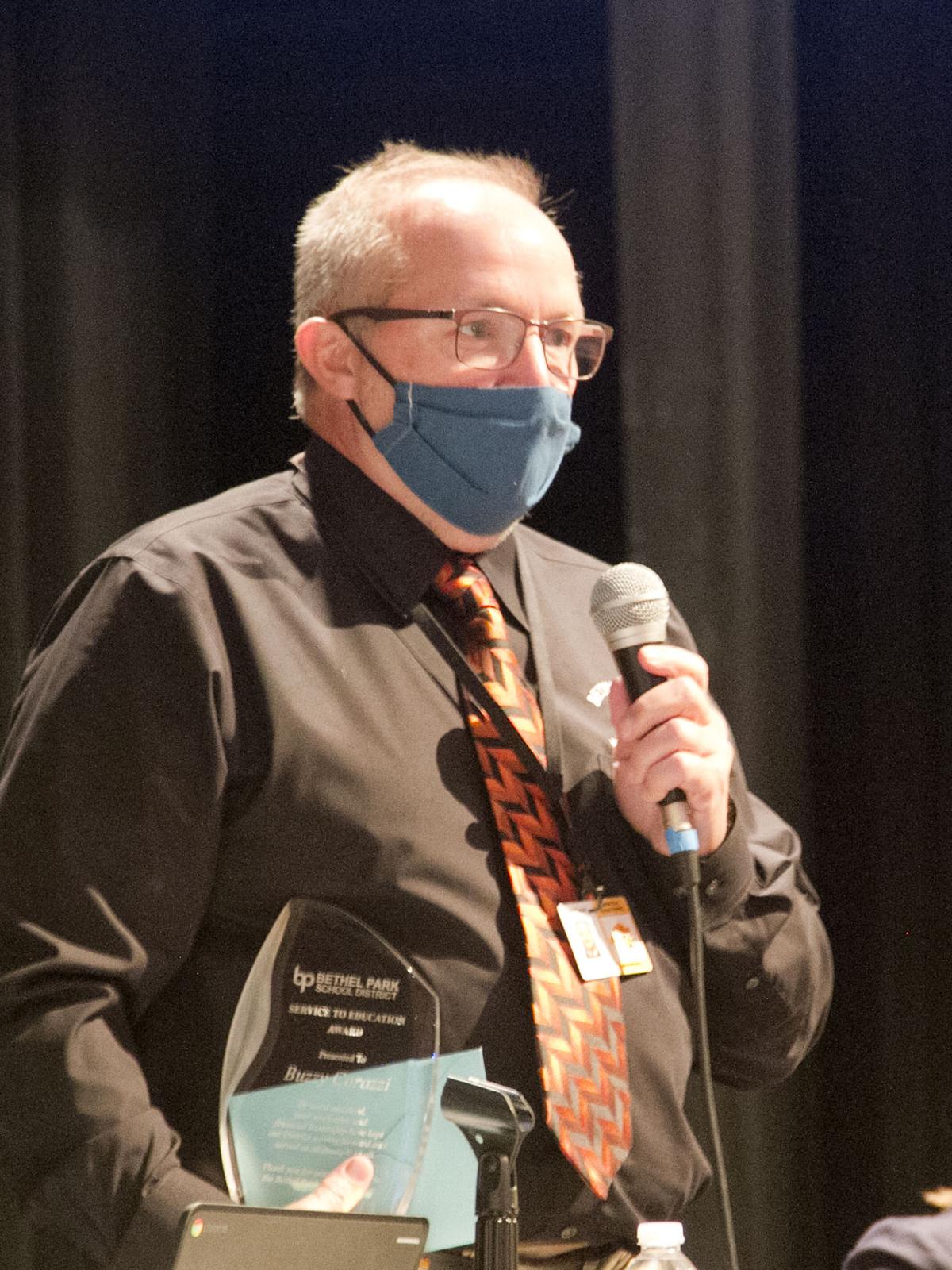 Following a combined 31 years with Bethel Park School District, Leonard Corazzi and Vicki Flotta are ready to retire as June draws to a close.

Both were presented with special Service to Education awards during Tuesday’s school board meeting.

Corazzi, whom everyone knows as Buzzy, joined the district in 2006 as director of finance and operations. According to Pam Dobos, school board president, he added the titles of director of human resources, board secretary, right-to-know officer, Title IX compliance officer, school safety and security coordinator – including “safe to say something” coordinator – Act 32 voting delegate and Allegheny Intermediate unit joint purchasing representative.

“Buzzy, we know there are many more things you did with the district that reach far beyond all of those titles,” Dobos said. “Under your watchful eye and with your acumen for numbers, the district’s been able to operate efficiently and responsibly over the years.”

In accepting his award, Corazzi gave a brief acknowledgment.

“It’s been real honor working here at Bethel Park for so long,” he said. “I made a lot of good friends and am going to miss everybody.”

From the time her hiring as director of public relations in 2003, Flotta became known as, in Dobos’ words, “a woman who will never be forgotten by thousands of students who waited early in the morning for her phone calls announcing delays and closings.”

“Her relationships with local reporters have made her Bethel Park’s best ambassador as she promotes our district and the accomplishments of both students and staff, to all news outlets and social media,” Dobos said. “I imagine it will take a while for her to adjust to a slower schedule when she retires, because I know she works 24-7 to finish her many tasks.”

That may a bit of an exaggeration, but her duties have included writing regular email newsletters to staff members and parents, compiling the district’s Good News Gazette and writing for various Bethel Park community publications. She also updates the district and municipal calendar, provides summaries of school board meetings, coordinates various presentations and awards, and posts content to social media accounts.

“I’ve been blessed to work with the finest educators that I can imagine, everybody who works in this district for these students,” Flotta said. “They’ve opened their classrooms up for me. They’ve let me interrupt what they were doing so I could take pictures and interview their kids, to write stories and share the good news. I’m honored to call them colleagues and friends.”

She also thanked her husband, Lou, “who has supported me all these years, completely understanding when I had to work late or go to an evening event, or be in the office for the entire weekend because I was just trying to keep up with all the volume of good news.”

And some good news for the Flottas: Lou, South Park School District’s director of maintenance and facilities, happens to be retiring at the same time as Vicki.