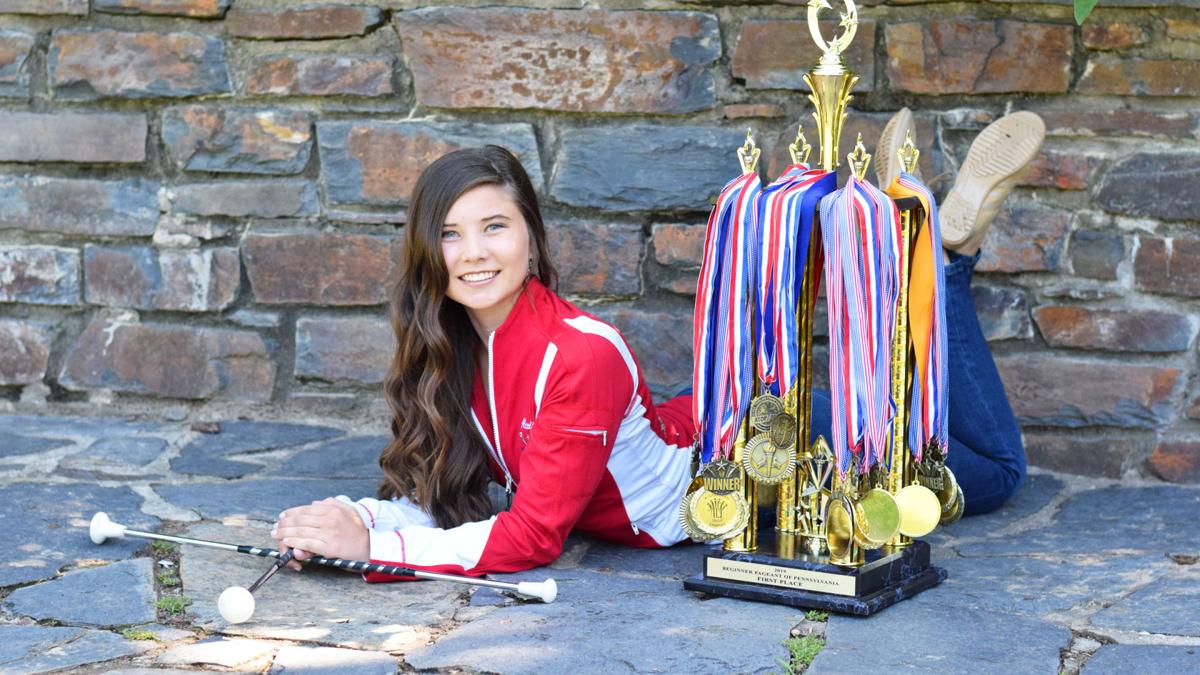 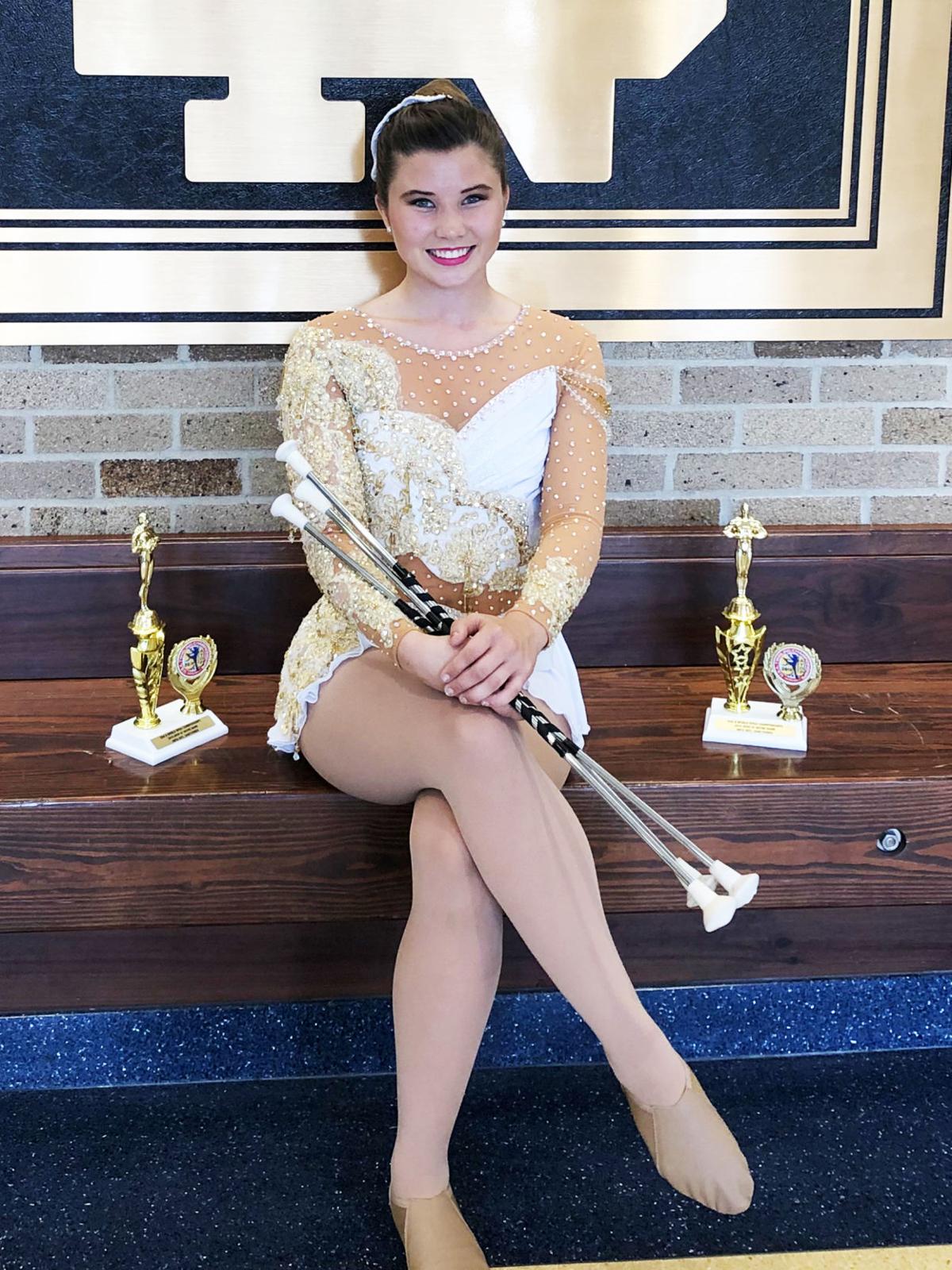 Alexis Kiesling at the University of Notre Dame in 2019

Alexis Kiesling at the University of Notre Dame in 2019

Consider the life of a seriously competitive baton twirler, especially at the start of the summer in advance of the national championships normally held each July.

“We would have, Monday through Friday, five-hour practices every single day,” Alexis Kiesling said. “You got about a 25-, 30-minute lunch break, and then you were right back to it.

“This year, because it got canceled,” she said about the annual competition, “this will be my first summer ever where I don’t have to practice five hours every day.”

That’s at least since she was 7, but the Bethel Park High School senior hardly is ignoring what has become her field of expertise. She continues to prepare for the upcoming college football season as a featured twirler for the West Virginia University Marching Band, one of just five young women selected nationally for the honor, and the only one from Pennsylvania.

“To become a featured twirler, you have to go through two audition rounds, and the first round is always video,” she said. “You submit videos of your past performances, and some of the ones of you practicing.”

Twirlers who make it past the first round usually visit campus to do routines in front of a panel of judges.

“This year, we got an email saying that because of COVID, they would have to do it online,” Alexis said, a process that involved her submitting another video for evaluation. “We got specific instructions. We had to wear a white tank top and black shorts, and then we had to do our routines outside or in a gym, if you could find one.”

In the South Hills, she couldn’t. So she and father Matt – Kristen is her mother – looked for some suitable locations, contending with not-so-springlike weather all the while.

“With the coldness here in Pennsylvania and the rain and the wind, it made it very difficult to record these routines,” Alexis said. “We tried some different parking lots around Bethel, because it depends on how rough they are, how flat they are, how much space you have and everything.”

The best spot for her, with Dad behind the camera, turned out to be the high school parking lot, before it was closed.

“It took us a few days, because we had to get the one that I really wanted to submit,” she said, adding with a chuckle: “So we had to do my hair and makeup multiple times so that we could get a good video.”

That did the trick, and now she and the other WVU featured twirlers are getting ready for what lies ahead.

“We’ve been Zooming once a week since then,” she said, referencing the suddenly nearly ubiquitous videoconferencing platform, “all five of us, to try to figure out details for the next season.”

Gordon Gee, the university’s president, has expressed the need for the Big 12 Conference football team to take the field as scheduled, with whatever safety precautions that must be put into place.

“As of right now, we are planning to go to band camp in August to start the season,” Alexis said, and she has received word about the coming semester. “They plan on having on-campus classes, whether it’s making the class size smaller or taking virtual classes, but staying in the dorms.”

Whatever ends up taking place, Alexis brings quite the twirling résumé beyond the talents she exhibited in the videos she submitted.

Last year, for example, she finished first overall among competitors throughout the nation in the America’s Youth On Parade Beginner Pageant 16-Plus, held at the University of Notre Dame. And this year, she is head majorette at Bethel Park High School.

Her path to success started with lessons at Ruby Daugherty and Sherry’s School of Dance in South Park Township at age 5.

“My mom went there and my grandma went there, so I was excited to continue that tradition,” Alexis said, and she channeled her excitement into taking every type of dance class offered.

She joined the school’s competitive team, the Modernettes, when she was about 7, and went on to show her talents in various national and world competitions.

In 2018, the year after Ruby Daugherty passed away at age 90, school owner Sherry Vignoli Parisi retired, and Alexis subsequently became a member of Passion Twirl and Poms, based at Bethel Park Community Center.

Alexis said she enjoys the skills that come with competitive twirling, executing such maneuvers as high tricks, rolls and using multiple batons, all the while incorporating a significant degree of choreography.

“So it kind of has a little bit of everything with dance that I’ve always done, and I’ve been able to put it all together into one hobby that I really love doing,” she said. “And I’ve been able to share it with people all around me who love it, too, and love watching it.”