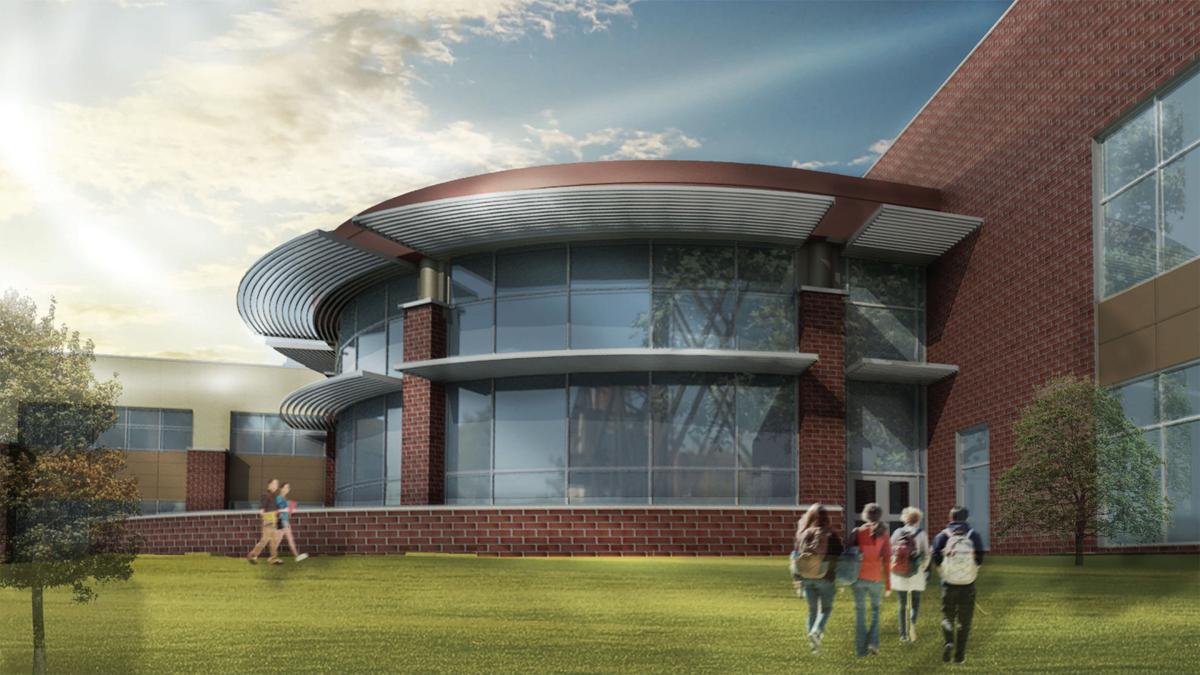 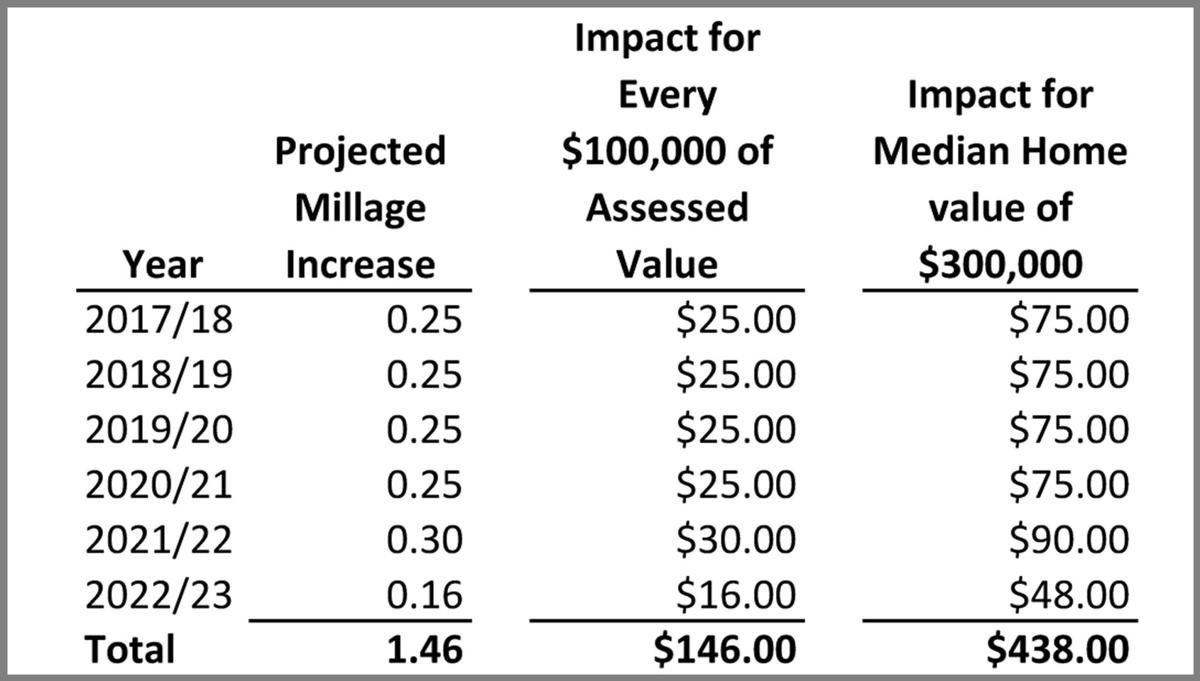 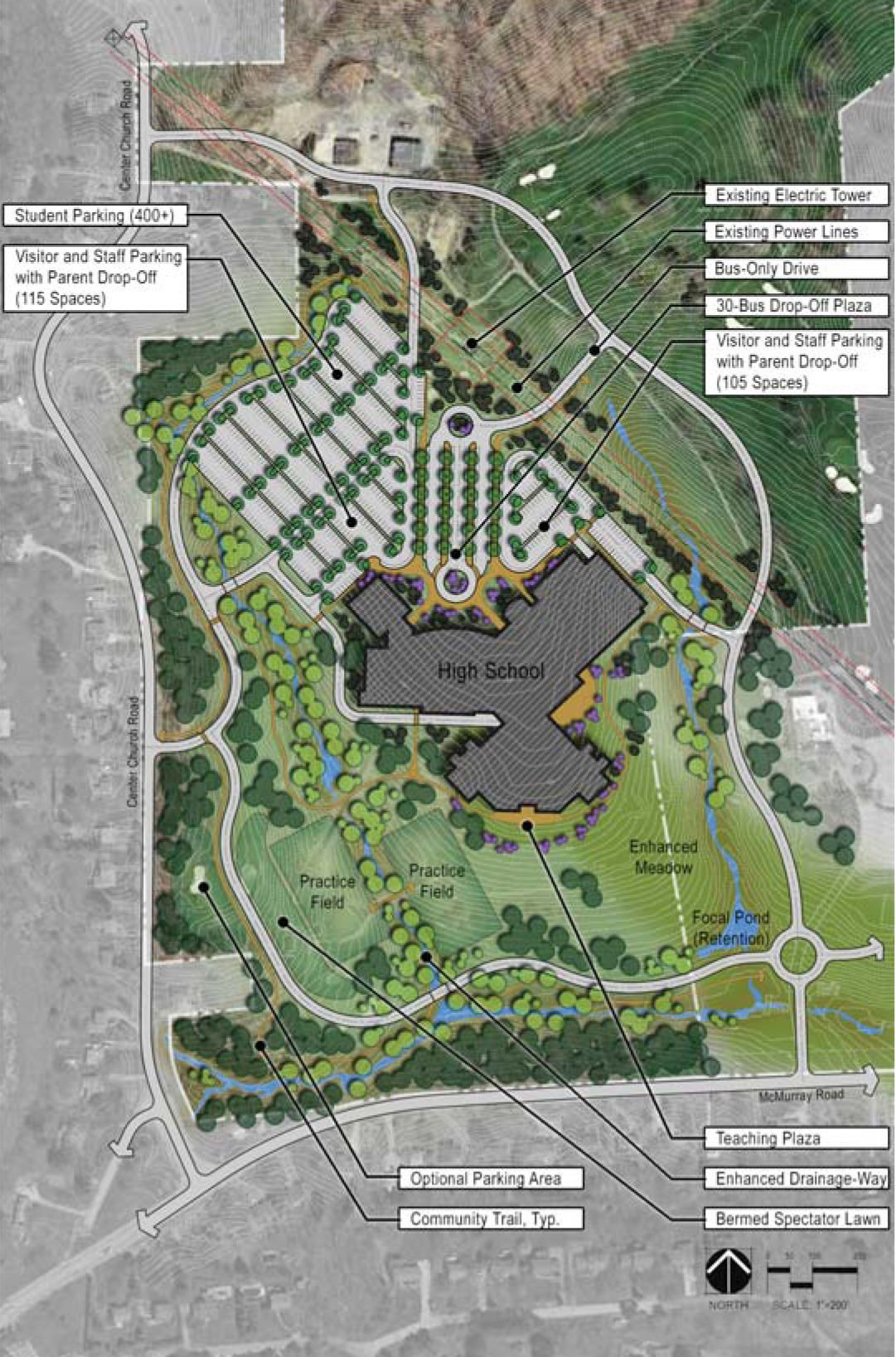 Peters Township School Board has approved advertising for bids for construction of a new high school.

The bids will cover all aspects of the project, “everything from moving the dirt to the paint and carpeting,” school district spokesperson Shelly Belcher said following the board’s March 19 meeting.

The new school, which will be built on the western portion of the former Rolling Hills Country Club, has a targeted opening for the start of the 2020-21 academic year and a price tag in the $90 million range.

In August, the district took on $43.67 million in bond debt service toward the project, and the board voted unanimously at its most recent meeting to authorize issuing another $50 million in a combination of general obligation bonds and notes. Part of that amount is to go toward refinancing existing debt.

Michael Zubasic, managing director at PNC Capital Markets LLC, told the board that the purpose of the refinancing “is to operate within the constraints of the overall millage impact that you had set forth, which is 1.50.”

“Fortunately, with current interest rates where they are, we can accommodate what is necessary to complete the projects and stay within that budget parameter,” he said.

“This has a limited impact on our residents, our taxpayers,” school board member William Merrell noted.

In April, the board authorized up to $89 million in borrowing, but further action was necessary, according to Zubasic.

“We had to go back because we didn’t have the debt capacity at the time to do the full amount,” he explained. “But with another year’s passage, now we’re in a position to do that.”

He said that interest rates on general obligation borrowing have risen slightly since the original authorization, to some degree attributing the occurrence to ramifications of federal tax reform.

“For example, the tax rate being cut on corporations,” Zubasic said, explaining that “some of the institutions who buy bonds, the tax-exempt break that they would get from the interest isn’t as beneficial to them now, because they’re paying less taxes.”

On the positive side, the higher rates mean that the district is earning more on its investments, “which is a good thing for us in the big picture,” the Rev. Jamison Hardy, who chairs the board’s finance committee, said.

The district selected general obligation debt, which allows for payments on principal and interest using any source of available revenue, as the most cost-effective of four alternatives reviewed.

The district has been filing necessary documents with the Pennsylvania Department of Education for possible reimbursement of an estimated $8 million to $10 million toward the project through the Planning and Construction Workbook (PlanCon) process.