You are the owner of this article.
Edit Article Add New Article
You have permission to edit this article.
Edit
Welcome, Guest
News
Sports
Life & Culture
Events Calendar
Lottery Results
Fish Fry Map
Weather
Classifieds
e-Edition
South Hills Living
Get Our Newsletter
Get the Almanac
Advertise With Us
Submit Content to The Almanac
Contact Us
About Us
1 of 7 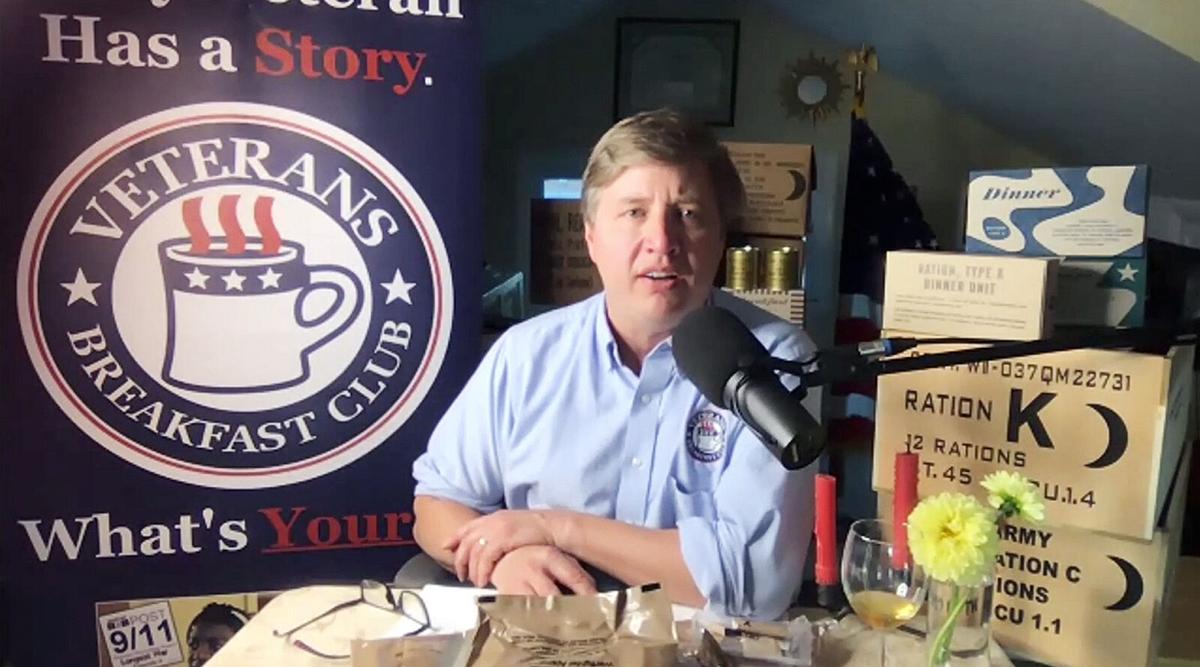 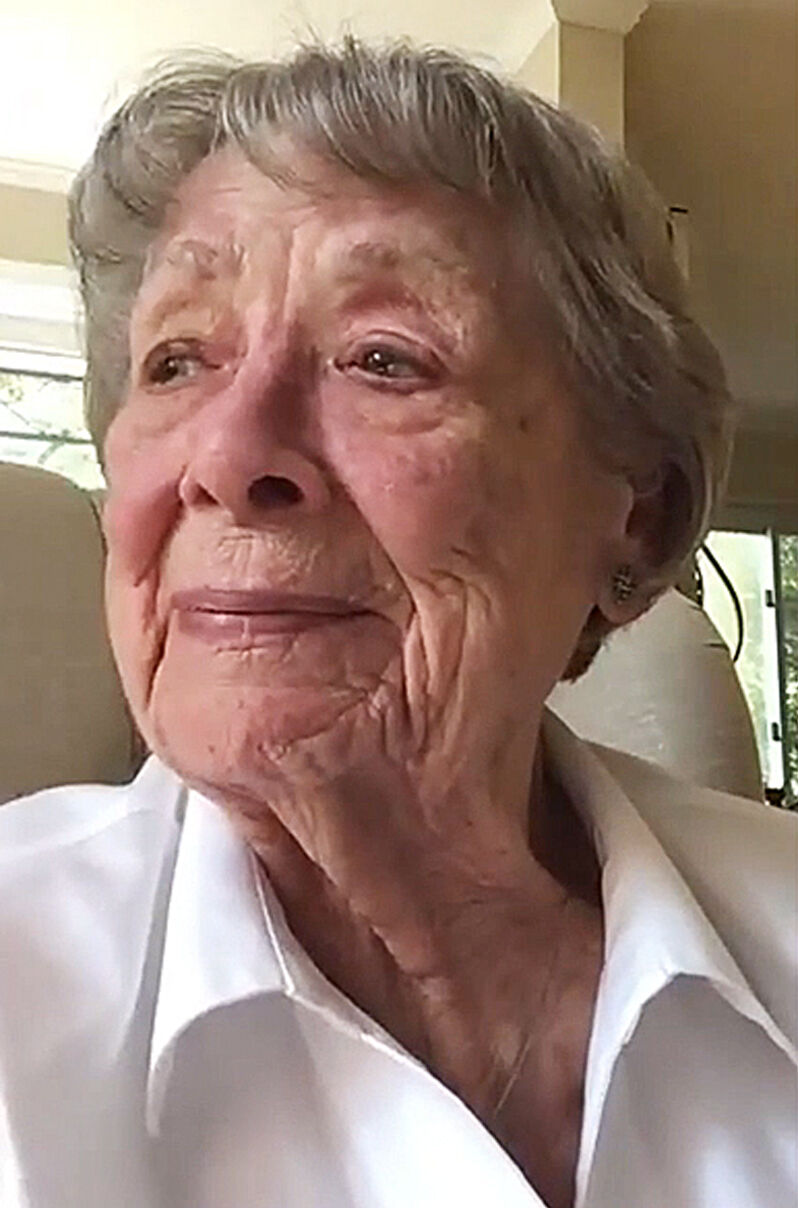 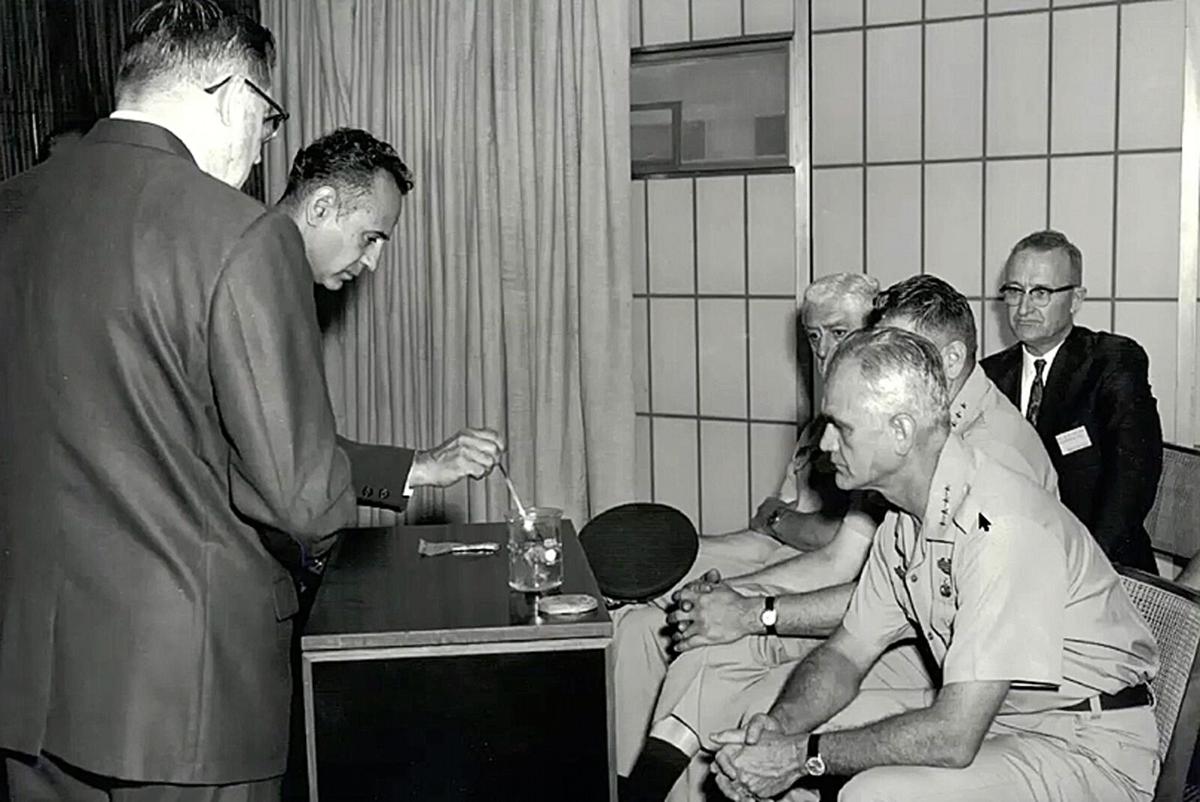 A photo circa 1968 shows Dr. Abdul Rahman giving a demonstration for Army personnel including Gen. William Westmoreland (1914-2005), commander of U.S. forces during the early part of the Vietnam War. 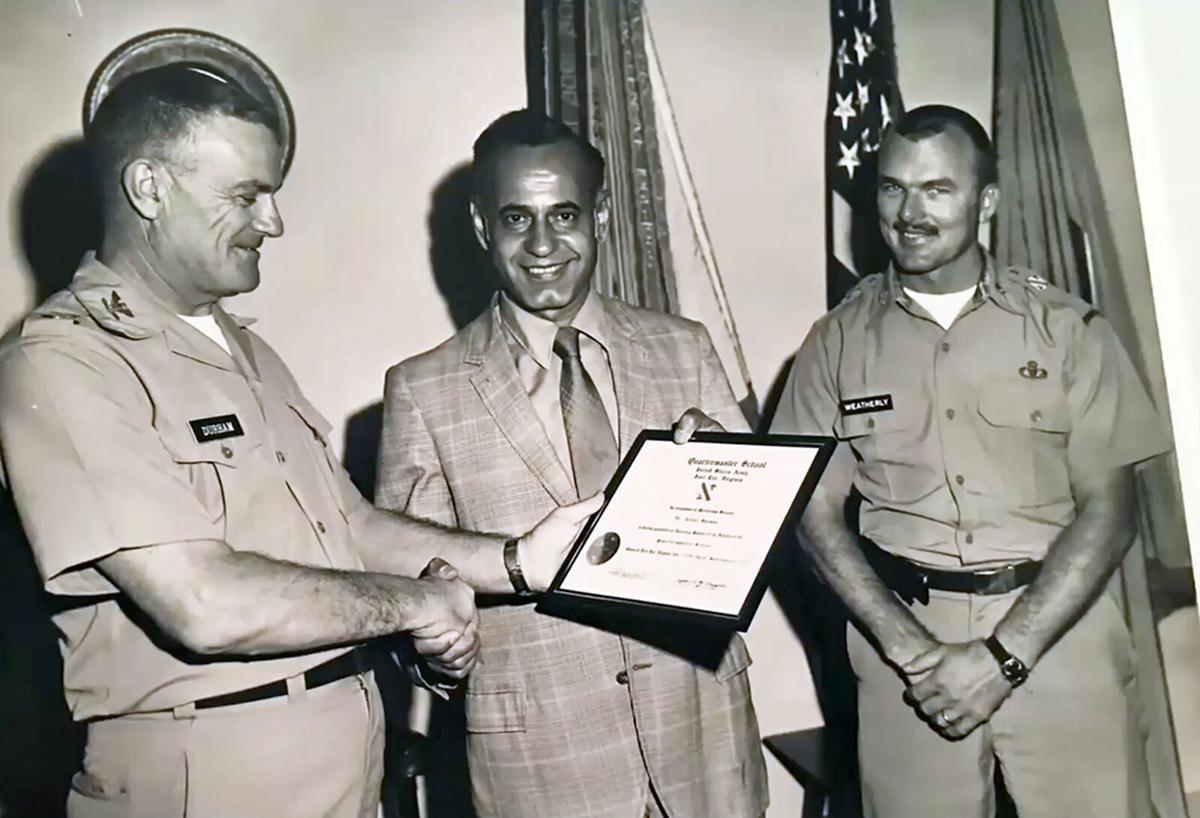 Dr. Abdul Rahman, center, accepts an award for his research-and-development work on behalf of the U.S. military. 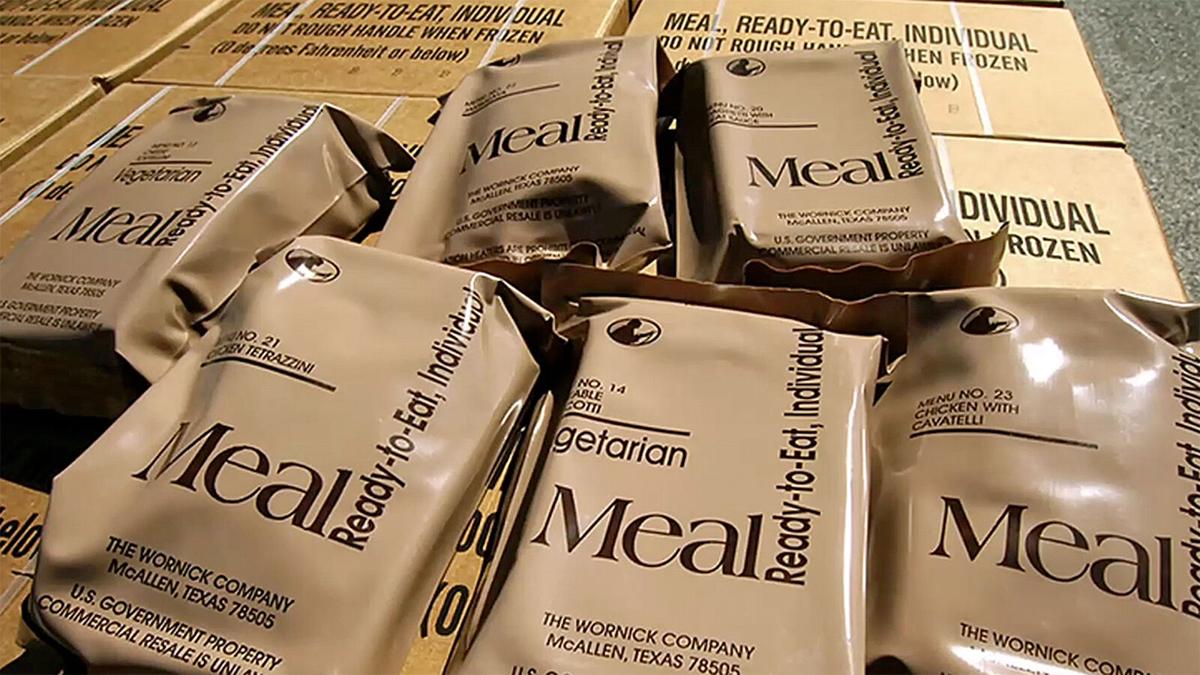 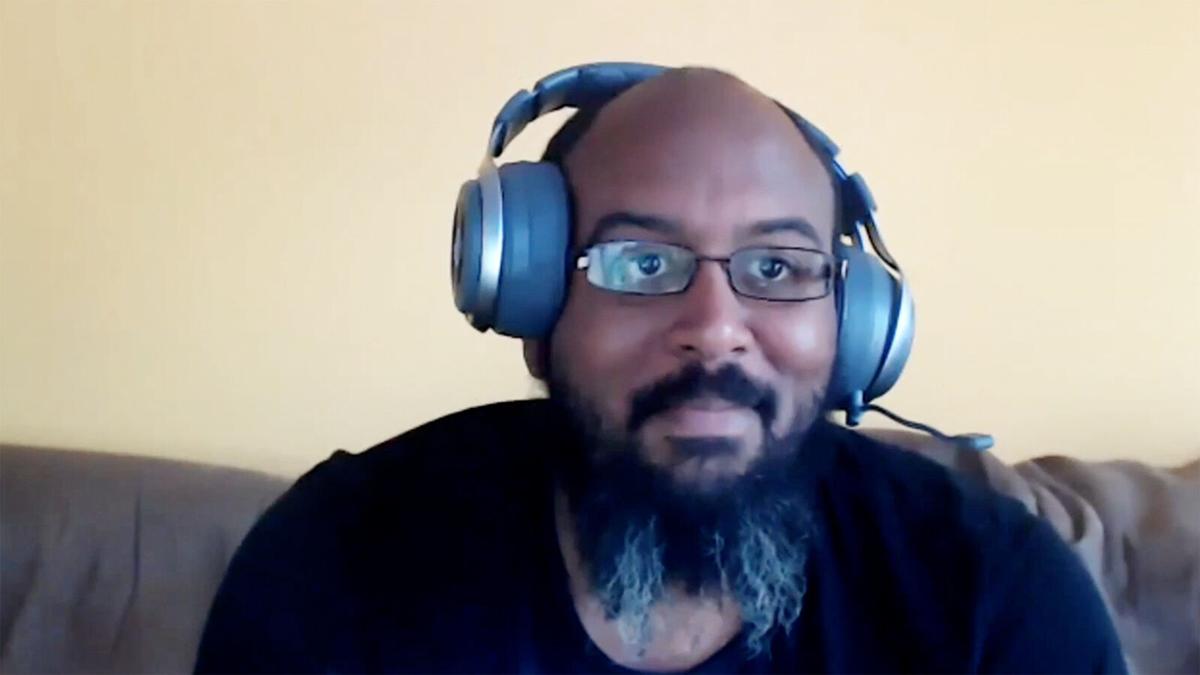 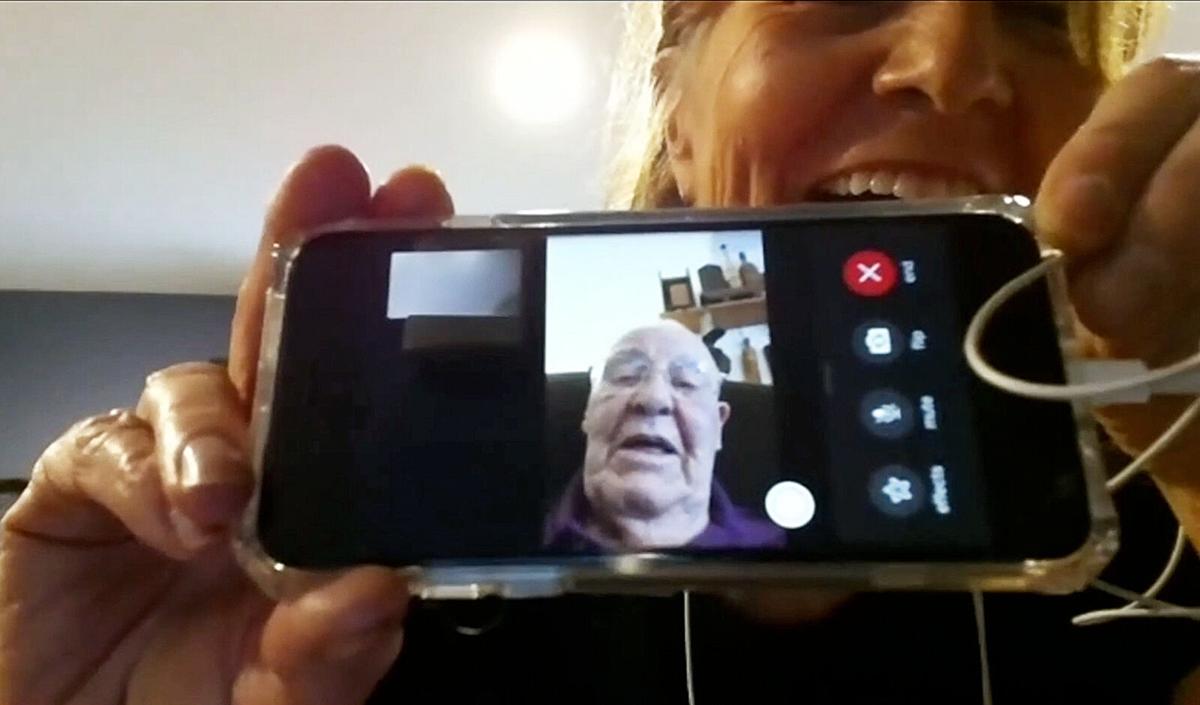 Sue Watson provides the means by which her father, Jack, describes his experiences in the U.S. Marines during World War II.

A photo circa 1968 shows Dr. Abdul Rahman giving a demonstration for Army personnel including Gen. William Westmoreland (1914-2005), commander of U.S. forces during the early part of the Vietnam War.

Dr. Abdul Rahman, center, accepts an award for his research-and-development work on behalf of the U.S. military.

Sue Watson provides the means by which her father, Jack, describes his experiences in the U.S. Marines during World War II.

As a decoder for the U.S. Navy during World War II, Julia Parsons sometimes was obligated to partake of the military meals known as “C-Rations.”

Three-quarters of a century later, she gave the modern equivalent a try.

“These are very good. Everything is delicious,” she said about her lemon-pepper tuna dinner. “They’ve made a big improvement over what I had sampled along the way.”

Parsons, 99, was among the folks who each had the opportunity to sample what officially is called a Meal, Ready to Eat, during “Dinner and a Show with MREs,” a recent program presented via Zoom by the Veterans Breakfast Club.

Todd DePastino of Mt. Lebanon, the club’s founding director, provided the meals to numerous veterans and members of their families to sample the contents and provide reviews. As was the case with Parsons, most were positive.

A major reason is the extraordinary amount of research and development that has gone into refining the contents of what is served to American military personnel. And at the top of the R&D list is the late food scientist Abdul Rahman, who is known as the “Father of the MRE.”

Among the “Dinner and a Show” guests was his real-life son, Butch Rahman of Lakeland, Fla., who shared memories of trying some of the products of his father’s work.

“I was eating ‘space food’ before a lot of people saw it on TV,” he said, referencing the freeze-dried, dehydrated and decompressed edibles that became popular in connection with their presence on NASA’s Apollo missions.

“I would bring samples to show-and-tell in elementary school,” Butch recalled. “They’d have green beans that were in the size of a stick of chewing gum. And I would put them in a bowl of water and, phoomph! We’d have a bowl of green beans.

“Nowadays, people have seen that. But 50 years ago, no one had seen that before.”

What Abdul Rahman and his colleagues pioneered has become commonplace beyond the military.

“It’s pretty amazing to see that years later, you can walk into any camping store and see a lot of the work that he did reflecting in a lot of the commercial offerings that are out there today,” Eric Rahman said.

As part of the evening’s program, DePastino provided a brief history of food in the military, prefaced by the quote most often attributed to Napoleon Bonaparte.

“An army marches on its stomach,” he was believed to have said.

Perhaps the diminutive emperor receives credit because he had a million or so troops to feed and staged a contest to find a more effective way of doing so. A fellow Frenchman, Nicolas Appert, came up with a viable idea.

“He was a confectioner in Paris, and he discovered that if you shoved food into a wine bottle, sealed it and boiled the bottle, the food would be preserved until you opened it,” DePastino said. “It was really the first modern instance of what we call canning.”

Across the Atlantic Ocean, American soldiers primarily subsisted until well into the 20th century on another form of “delicacy.”

“Hardtack was a cracker, a biscuit, as hard as you could possibly bake it,” DePastino said. “A good hardtack had every little molecule of moisture removed from it. So it would be as hard as concrete. They’d say that a bullet could hit it and bounce off. It was that hard.”

In 1938 came the introduction of Type C rations, known better by their shortened, hyphenated name and intended for distribution to troops when mess halls or field kitchens were not available.

“There was a terrible shortage of C-Rations in certain theaters during World War II,” DePastino said.

Many soldiers ended up eating a decidedly non-nutritious variation known as the “K-Ration.”

“They had bad malnutrition,” DePastino said. “Their teeth started falling out, and they started losing their hair.”

By the time of the Vietnam War, the C-Ration had evolved into the MRI: Meal, Combat, Individual.

“You know how the Army loves to name things like that,” DePastino joked. “They were really like glorified C-Rations from World War II. There was a greater variety of offerings, and they came in different sizes.”

The surplus from a couple of decades prior, though, wasn’t exactly going to waste.

“Plenty of Vietnam vets have said at our events that they broke open and ate rations that were labeled 1943, 1944,” DePastino reported.

He said whatever the meals were called, they were so unpopular many soldiers returned home on the malnourished side.

“They lost a significant amount of weight in Vietnam because of the food problems,” he said. “And so the military really worked hard from Vietnam on to develop a new ration that wouldn’t be in cans. It wouldn’t be heavy. It would be contained in one kind of plastic container.

“And it would be palatable,” DePastino continued. “They found that they really needed these guys and women to eat, and it was hard to get them to eat if they didn’t like the food.”

Veteran James Martin, who served in the U.S. Marine Corps from 2000-15, said he had plenty of experience consuming the resulting MREs, especially when numerous varieties were available to mix and match.

“You started to become a chef. You knew which MREs had what. You started to break into all the MREs. There’s an elaborate term for it that I won’t use because it’s just improper,” he said, in the name of decorum.

“But you used to ravage through all the MREs, break them open in the boxes, and then be able to put them together as you’d see fit.”

“They came up with a ration that was called 10-in-one,” Watson recalled. “It was enough food for 10 men. And they didn’t tell us this. All we knew, we found a package of this stuff. So we started to cook it. And it was rice.

“The more water we would put in there,” he added, “the more rice we had. We ended up with helmets full of rice, boots full of rice. We had everything full of rice, and it wasn’t very good. That was a lesson hardly learned.”

For more information about the Veterans Breakfast Club and its virtual programming, visit vbcpgh.org.