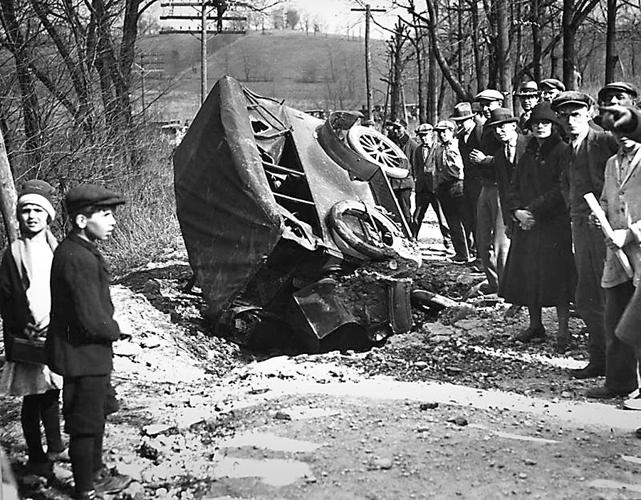 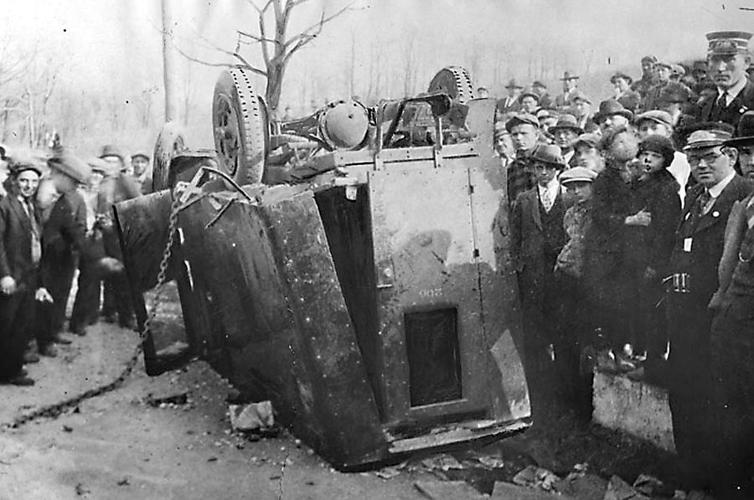 Bethel Park Historical Society is accustomed to celebrating anniversaries, although some are more infamous than others.

This year, the society will mark the 90th anniversary of Bethel Park Volunteer Fire Company, the old Park Avenue School building (which is now the community center) and, most astonishingly, the first roadside bomb that was used to rob an armored car.

“A lot of people don’t realize this happened in their own backyard,” said Bill Haberthur, volunteer director of the historical society.

On March 11, 1927, a group of bandits, who called themselves the Flathead Gang, blew up a portion of what is known as Brightwood Road just as an armored car drove past. The blast forced the doors to the armored car open and left the driver and the guards disoriented long enough for the Flathead Gang to grab over $104,000 in cash. The money was supposed to be used for the weekly payroll at Coverdale Mine.

All of the bandits were eventually caught, but not before the gang pulled off a series of other heists in Pittsburgh, Detroit and Cleveland. The gang leader, Paul Jawarski, was accused of numerous murders and he was executed in 1929. The brazen heist in Bethel Park became known as the first robbery of an armored car.

Haberthur would like to create an exhibit about the infamous event. He’s hoping people could share personal accounts or artifacts, not only about the armored car heist, but about any other aspects of Bethel Park history.

“We want to educate people and increase awareness about our history,” Haberthur said. “When you can get the community involved, it’s a great thing.”

A story about the heist anniversary in the Post-Gazette prompted a call from a 99-year-old man who was playing at a nearby school playground when he robbery occurred. The man was a young boy at the time, but he remembered watching the disabled armored car getting hauled away.

“That kind of thing is out there, and that’s why it’s important for us to build up our repertoire of historical accounts,” Haberthur said.

The historical society is in the midst of a $1 million capital campaign to restore the Schoolhouse Arts Center, a 112-year-old building on South Park Road that was originally Bethel High School. Haberthur said he promotes local history stories like the armored car heist in part to spark interest in the historical society. And hopefully, that interest will lead to donations, either monetary or through artifacts and personal stories.

The historical society has a lot of plans. The group hopes to re-create an early-20th century classroom and museums to showcase local military history and mining history.

The society received a $140,000 state grant that will pay for a new ventilation system. It is urging local groups to raise several hundred dollars to replace one of the many windows in the building.