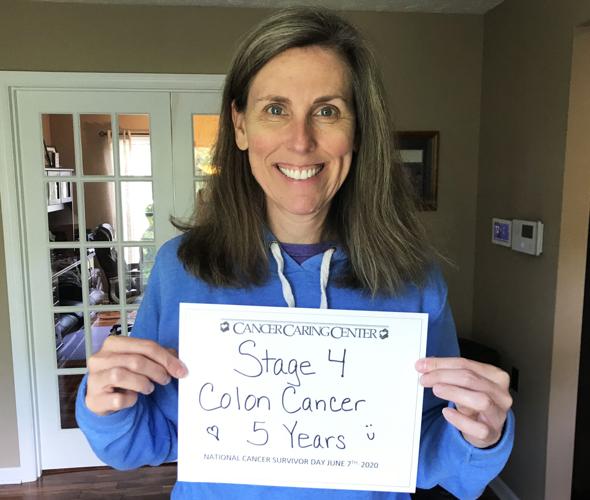 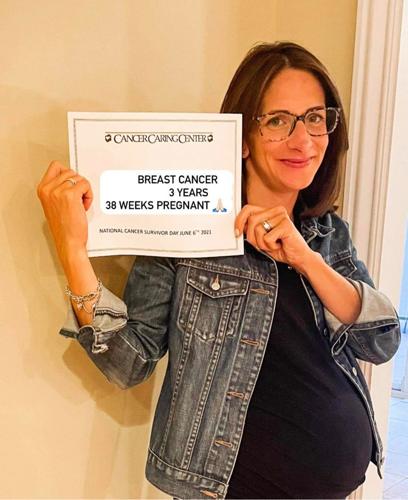 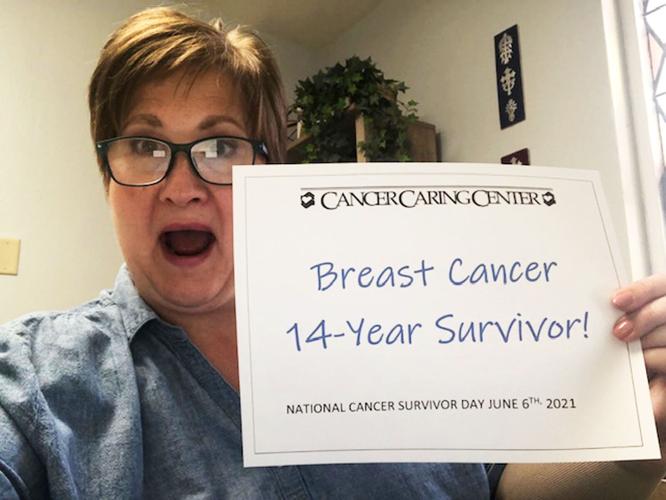 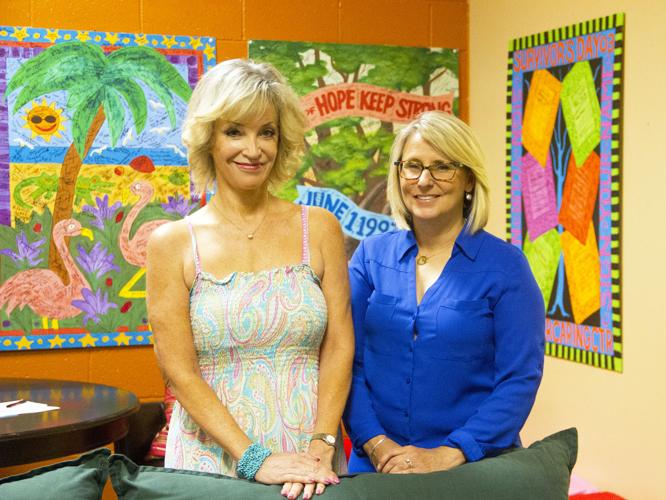 As a Zumba-instructing recent mother barely out of her 20s, Peters Township resident Jocelyn Blystone had little reason to suspect that what she found during a breast self-examination would be serious.

Neither did her doctors.

“I had to see three radiologists before I finally got a biopsy,” she recalled. “I was young and healthy, and they kind of thought it was probably related to nursing or the pregnancy and hormones. I just had a feeling, though, that something wasn’t right.”

Her diagnosis turned out to be Stage 2 triple-negative cancer, a particularly aggressive form that required chemotherapy, radiation and surgery.

“I went on to do a clinical trial for a year, and then I did the follow-ups, with monitoring and doing scans,” she reported. “And everything stayed clear, which was great.”

For June 6, National Cancer Survivors Day, Blystone and her husband, Bart, have extra reason to celebrate.

“Around the two-year mark,” she said, following her 2018 diagnosis, “my oncologist cleared me to try to get pregnant again. I’m due June 19.”

In the meantime, she is participating a project by Pittsburgh’s Cancer Caring Center to collect photos of survivors to commemorate Survivors Day. The center offers a variety of free services and strives to offer hope to those who receive diagnoses, even if the odds seem to be stacked completely against them.

In 2014, Stacy Hurt of South Fayette Township learned she had Stage 4 colorectal cancer, a condition that theoretically carried an exceptionally low survival rate. Having beaten the long odds, she has become a tireless advocate in convincing others that they can do the same.

“And I tell people, don’t look at statistics,” she continued. “That number does nothing for us, so why should we focus on it?”

For Bethel Park resident Joe Spadacene, his focus is on how fine he feels these days, after what he went through starting in late 2009.

“I was, just before Christmas, shaving, and I felt a lump. I felt like I had a swollen gland. They gave me an antibiotic, and it didn’t work,” he recalled, and so he eventually had a biopsy taken. “It turned out to be cancer of the salivary glands.”

Spadacene underwent surgery to remove the glands, followed by chemotherapy and radiation, and he required a feeding tube through 2011.

He has nothing but praise for his UPMC oncologists, Drs. Ronald Fierro and radiologist Robert Werner, and for the health system’s Head and Neck Cancer Survivorship Clinic, led by nurses Deborah Dongilli and Sharon Welch.

“They’ve been through it. They’ve seen hundreds of patients, so they are a wealth of knowledge,” Spadacene said. “If you have an issue, you don’t have to wait for the meeting. You just email them, and they’ll help you.”

Support has been a major factor in his life adjustments.

“You do have effects that last forever, and you just don’t know what to expect,” he said. “But when you go to these groups and you talk to other people going through the same ordeal, they share tips with you.”

One of his long-term effects is a dry mouth, and he has learned that simple practices such as sucking lemon drops, chewing gum and consuming drinks containing aloe can help considerably.

“Mentally, you just accept what you can’t do anymore,” he advised. “We go out to dinner, and I watch my son eat a steak. And I don’t think I’ve had a steak in 11 years, because you can’t swallow it. So you do what you do. You get something that goes down easy.”

For her part, Hurt is active in the Cancer Caring Center’s continuing efforts to lend support.

“Something I participated in that was really neat was a Zoom call about ‘Radical Remission,’” she said, referencing Dr. Kelly Turner’s book subtitled “Surviving Cancer Against All Odds.”

“There was a group of us, all different kinds of cancers, with advanced-stage metastatic cancers. We talked about our strategies and tactics to overcome the cancer,” Hurt said. “Through the Cancer Caring Center, I was able to share with patients nationally.”

During the COVID-19 pandemic, the center’s staff members – including executive director Rebecca Whitlinger and Peters Township resident Jennifer Kehm, development and liaison manager – persevered by offering many services virtually, a necessity that has served to expand the reach of the Bloomfield-based nonprofit well beyond Western Pennsylvania.

“They continued and stayed the course, knowing how important this is, especially going through treatment and COVID at the same time,” Blystone said.

The center’s dedication extends to helping fulfill the National Cancer Survivors Day goal of demonstrating that life after a cancer diagnosis can be a reality.

“I embrace that day every year, and I just think about what it means to me to be a survivor, to continue to care for my family, to continue to be a wife, a mother, a friend, and advocate,” Hurt said. “And I treasure every single day that I’m alive.”