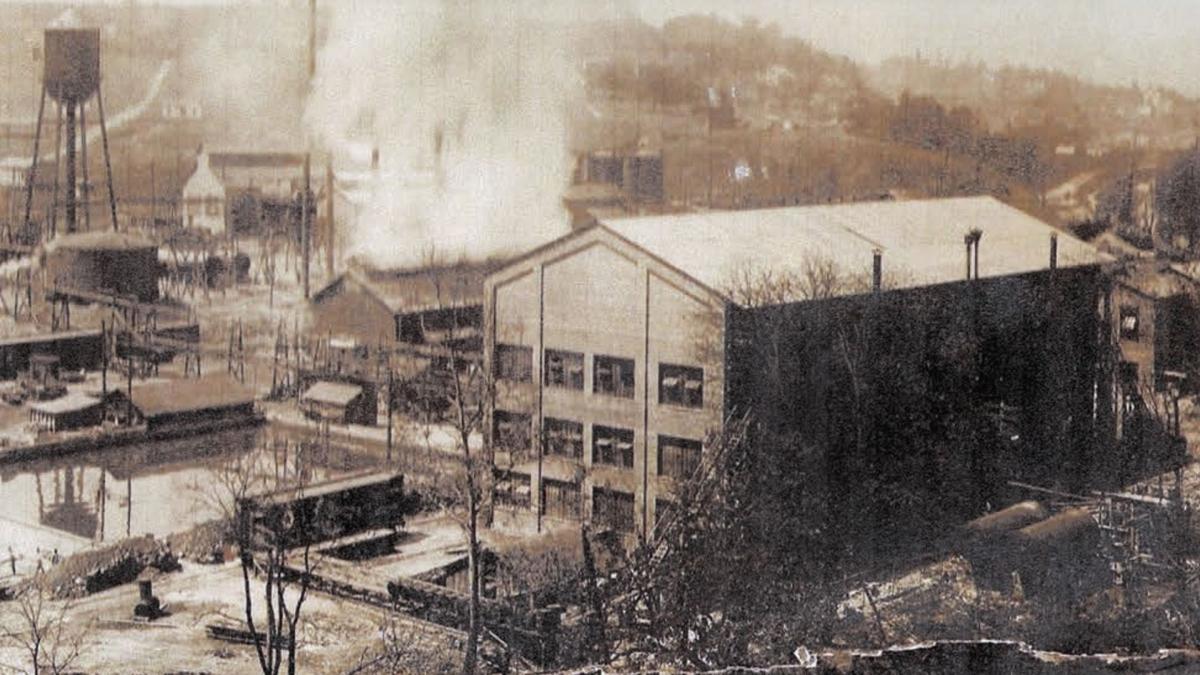 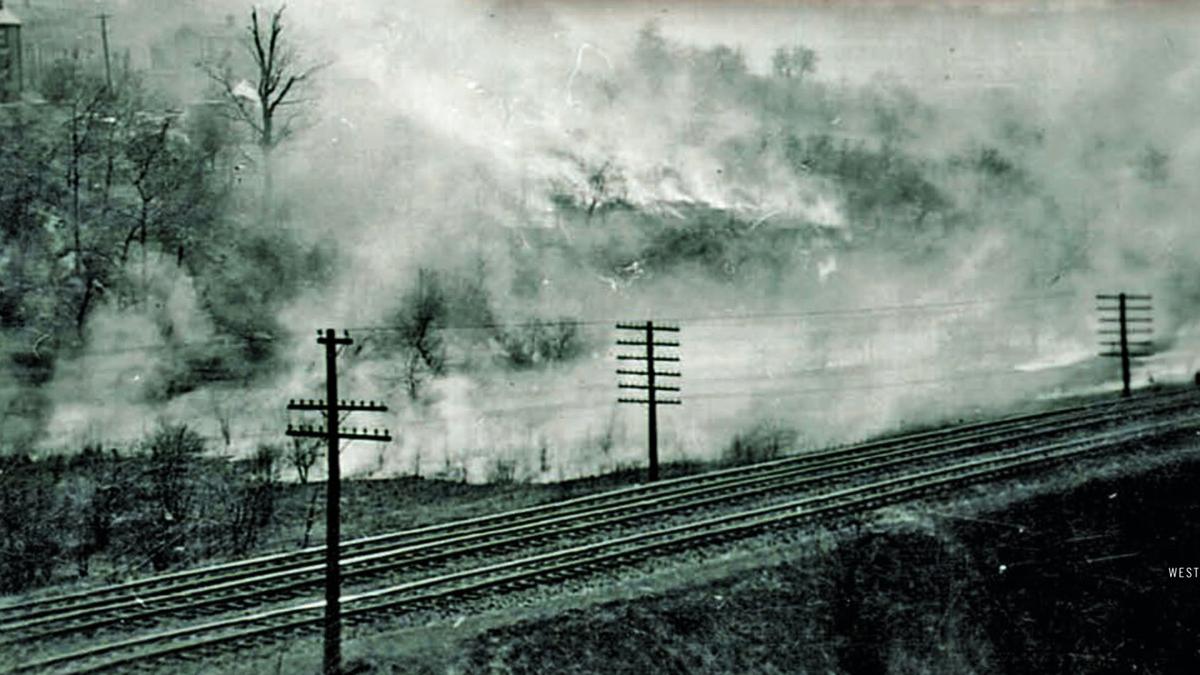 Intense fires from the explosions burned the surrounding landscape. 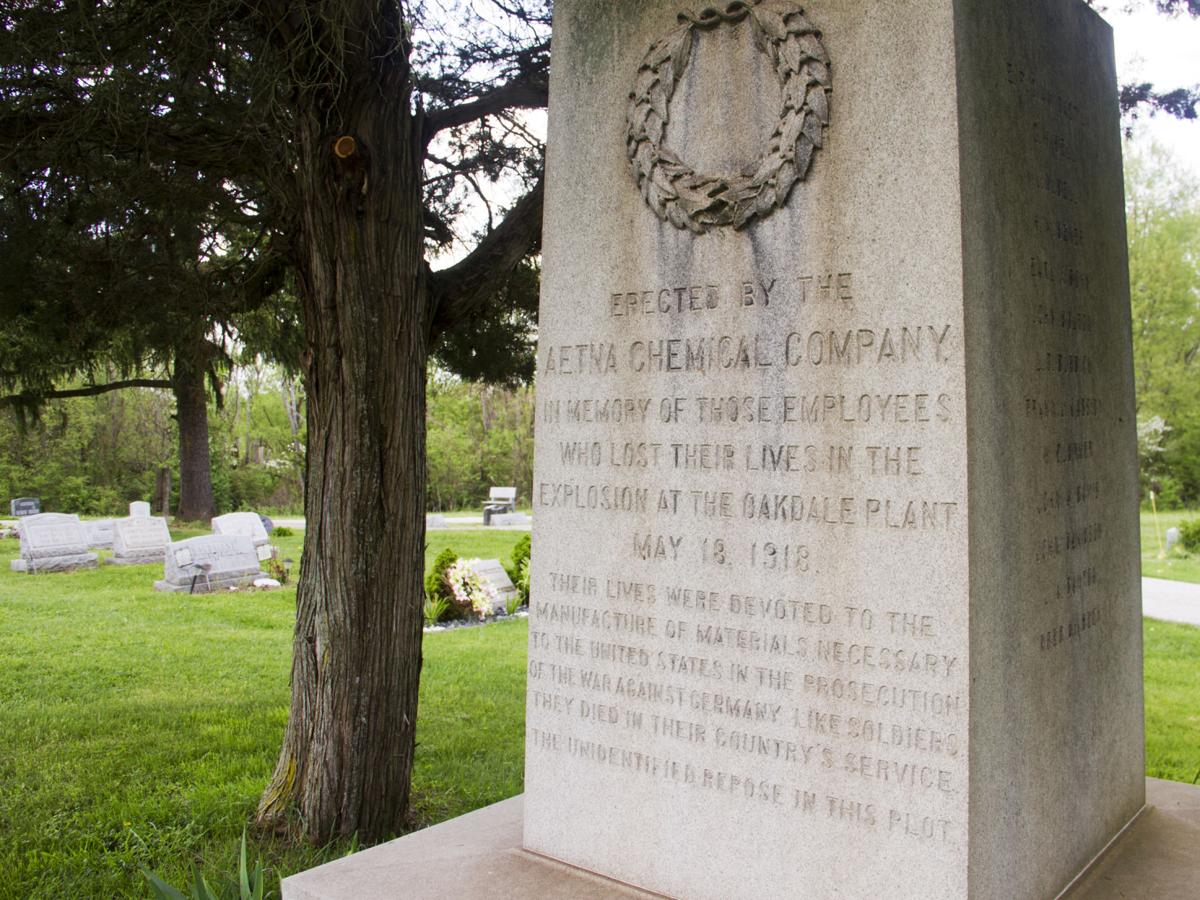 A memorial at Oakdale Cemetery in South Fayette Township remembers the victims of the Aetna Chemical Co. plant explosion. 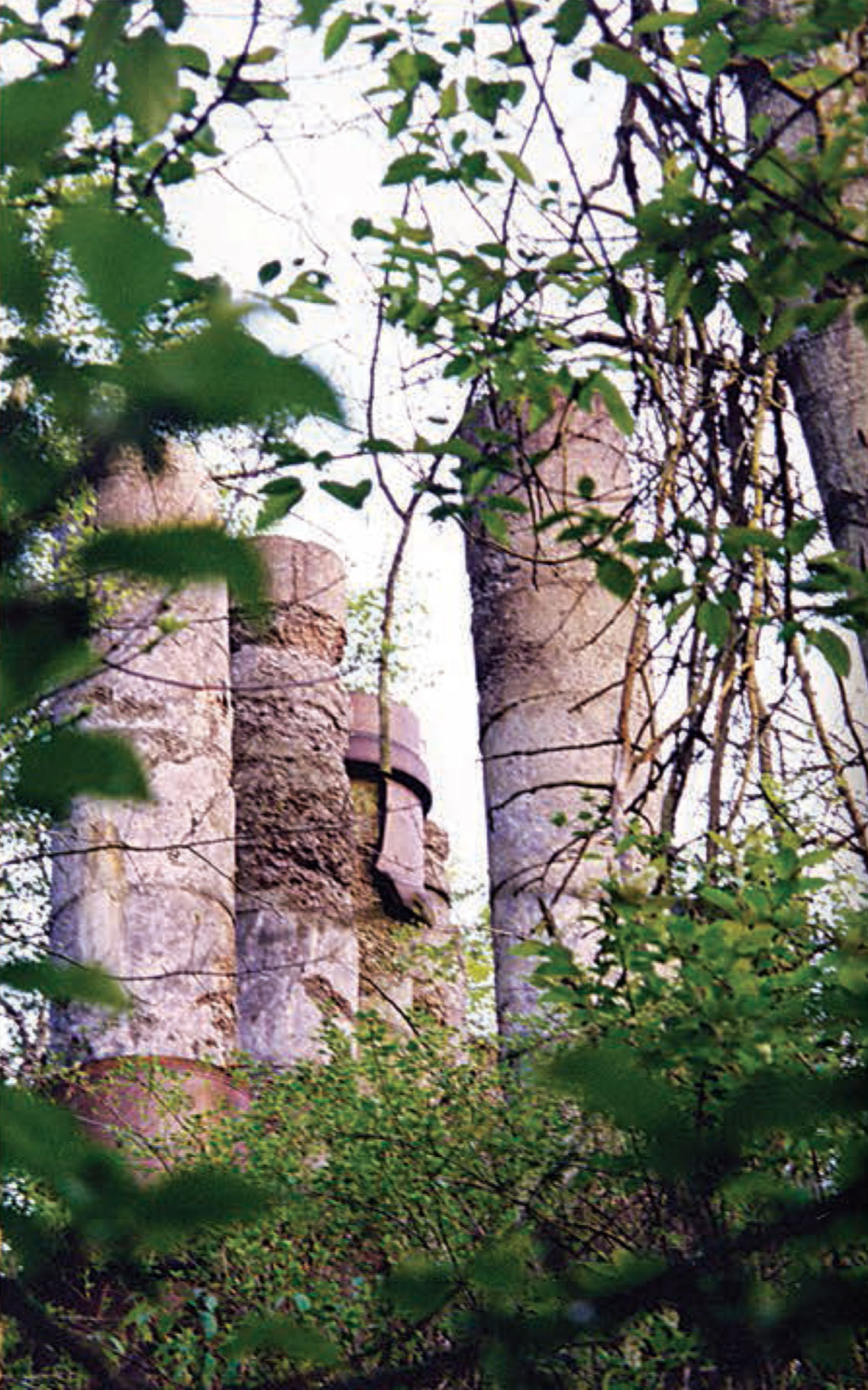 Remnants of the Aetna Chemical Co. 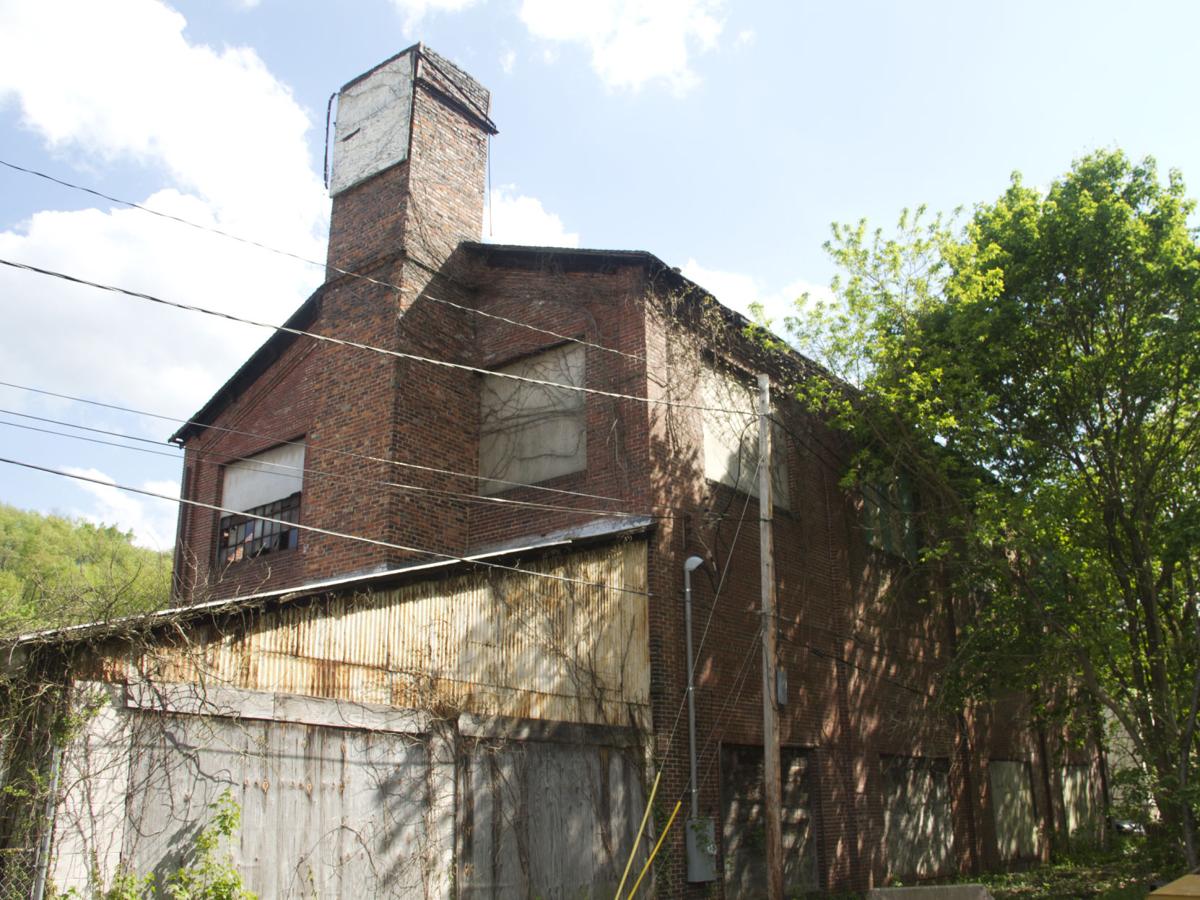 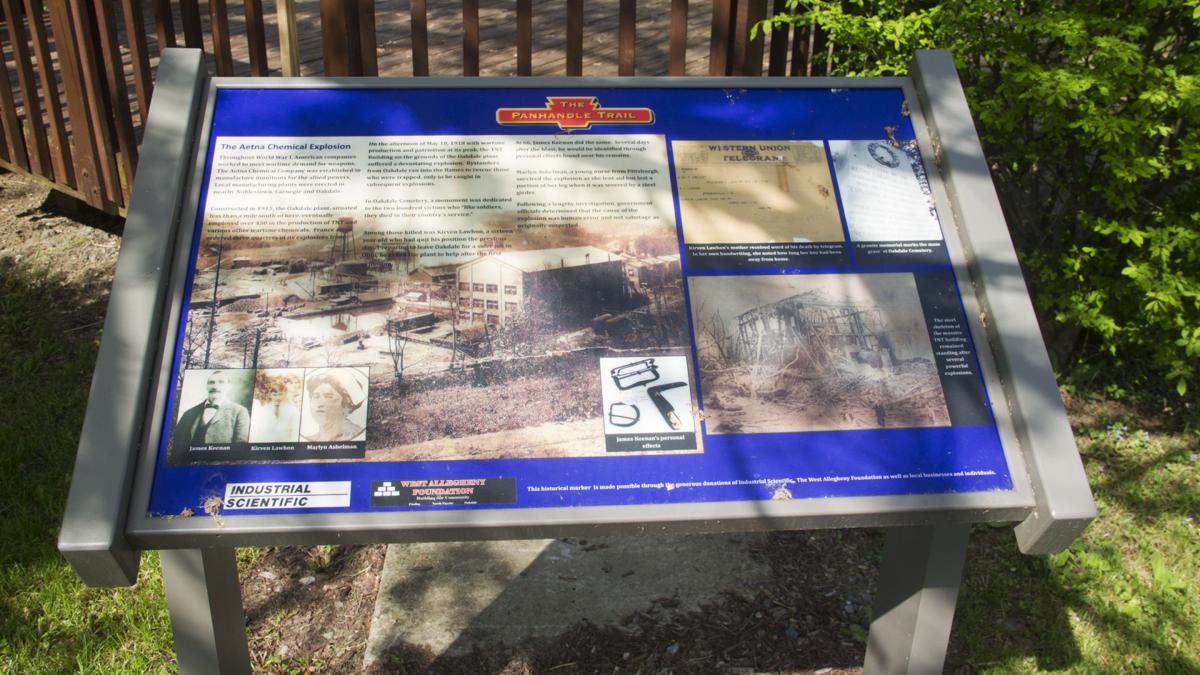 A marker along the Panhandle Trail in Oakdale details the tragedy.

On a cold, dark winter morning in the late 1970s, young Daniel Prevade tagged along with his brother to check if his traps set up near the local creek had snagged overnight.

“There were chunks of concrete and old foundations,” Prevade said, “and I remember asking him what it was. He said, ‘It’s the chemical block,’ and kind of left it at that.”

His initial curiosity may have helped inspire his career choice – he’s a social studies teacher at West Allegheny High School – but it definitely led to an enduring interest in what those ruins represented: the Aetna Chemical Co. explosion of May 18, 1918, which claimed a couple of hundred lives near Oakdale Borough in Allegheny County.

Oakdale is Prevade’s hometown, and as the nearest population center to the plant where Aetna manufactured TNT, the borough always has been associated with the tragedy. Yet the plant and nearby company homes – “blocks,” as they were known – stood slightly to the south of Oakdale, along Robinson Run, which divides North Fayette and South Fayette townships.

No one, though, was concerned with municipal boundaries when thunderous blasts erupted from the heart of the plant during lunchtime, causing an appalling death toll.

“The number they give is around 200. Depending on what you’re looking at, it has changed over the years,” Prevade said.

In the aftermath, authorities could identify only 92 of the victims.

“The records of the plant were destroyed in the explosion, so as far as knowing who was actually working and there at the time, it’s hard to pin that down,” Prevade explained.

As with other Oakdale residents, he heard stories over the years about the plant, some from locals who had early memories of the thousands of people who flocked to town to see what they could do to help.

It happened that Pittsburgh was hosting a Red Cross parade that day, which drew about 40,000 people at the height of U.S. involvement in World War I.

“A lot of them were doctors and nurses, many of the nurses getting ready to ship off to Europe. So it was fortunate that they were within a half an hour train ride and able to come out,” Prevade said.

They learned about the tragedy, he explained, through the afternoon editions of Pittsburgh newspapers:

“As they were marching down the street, the newsboys were crying out, ‘Disaster at Oakdale!’ And people just jumped on the Panhandle train and got out here as quickly as they could.”

Prevade’s interest in the explosion reached a point that, as a Duquesne University student, he began to research it as a hobby. He read the vividly descriptive newspaper articles of the time – “Nothing was spared of the suffering” – and later pored over accounts stored at places including the University of Pittsburgh and the National Archives Building in Washington, D.C., where he read the report of the government investigation.

“That basically explained what they found as far it being an accident and not sabotage,” he said, despite some lingering suspicions that enemy forces had caused the devastation.

As far as why the accident occurred?

“The main finding, in very simple terms, was that they were experimenting with a product called Dynol, a new type of explosive,” he said about Aetna. “To dry the chemical quickly, so that you could fill the orders and get your money – they had a lot of orders from Allied countries – you could mix baking soda with it. But the problem was, it oversensitized it. They were told in November by the government munitions department not to do that. And supposedly, they did.”

Prevade’s research culminated in his 14-page article, with plenty of period photographs and other illustrations, published in Western Pennsylvania History magazine in advance of the disaster’s 95th anniversary.

To commemorate the 100th anniversary, a ceremony is scheduled for 2 p.m. May 19 at the gazebo on the Panhandle Trail in Oakdale, just off Union Avenue. A marker describing the explosion stands at the site, designed by Prevade and put in place through funds raised by Mt. Lebanon resident Ernie Thomas.

Following the ceremony, Prevade will give a presentation at the Oakdale Community Center, 104 Seminary Ave., about a key event of his hometown’s history.

“We always say it was kind of that defining moment for a very small community that put it on the international stage.”