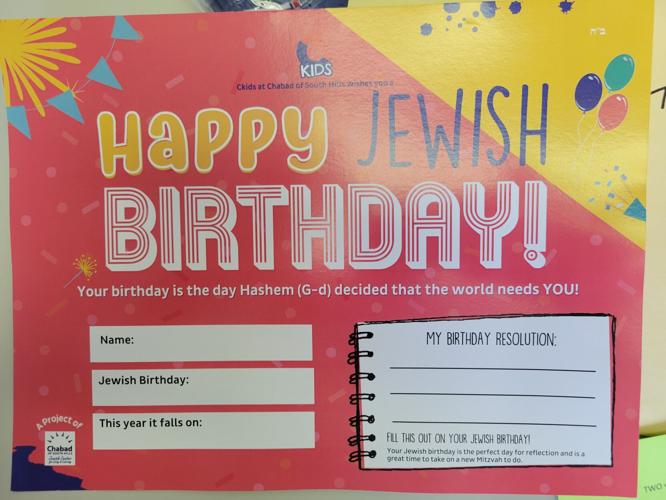 Children are asked to make a resolution on their Jewish birthdays. 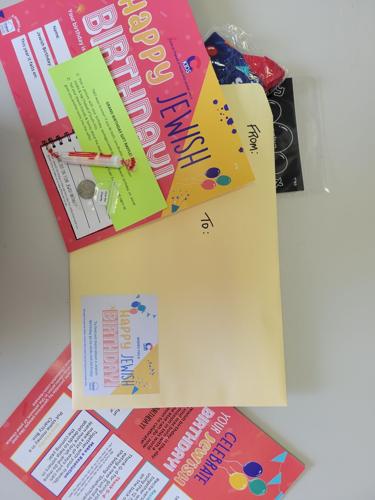 The birthday package includes a coin that kids are meant to give to a charity of their choosing.

Children are asked to make a resolution on their Jewish birthdays.

The birthday package includes a coin that kids are meant to give to a charity of their choosing.

A Mt. Lebanon synagogue is hoping to give children extra reason to celebrate their birthday.

Chabad of the South Hills recently started a new program through its CKids Jewish Discovery Club, called the Birthday Club, that will provide free gift packages for kids on their Jewish birthday.

Mussie Rosenblum, director of the Discovery Club, said that date is based on the Jewish calendar, which has shorter years.

“Every 19 years it goes to the exact same date. It’s always around the same time. Within a few days or few weeks,” Rosenblum said. “It’s a very significant day for Jewish people.”

Rosenblum described a Jewish birthday as a time for prayer, reflection and finding ways to effect positive change in the world.

“We do birthday celebrations, but also with a spiritual twist,” Rosenblum said.

Children who receive the packages are asked to make a resolution, and are given a coin to donate to charity. The package also includes crafts, but Rosenblum did not want to give away the exact contents.

“I want it to be a surprise,” she said. “It’s a fun package. It’s completely free, but donations are always welcome to keep these things going.”

Parents can get their children involved with the program by filling out a form with the date of the birthday and their address. Children aged 13 and younger are eligible to participate. The form is available at chabadsh.com.

Since they launched the program, Rosenblum said many families have already signed up.

“This is brand new. This has just launched. Hopefully this week we’re sending out our first packages. We’ve already got a nice response and we’re excited about it,” Rosenblum said.

When kids get their packages, Rosenblum hopes it gives them a way to connect with their faith while they celebrate.

“It’s really empowering to kids,” Rosenblum said. “You have that renewed energy and power to do good things. It’s that little boost to do something good in the world.”