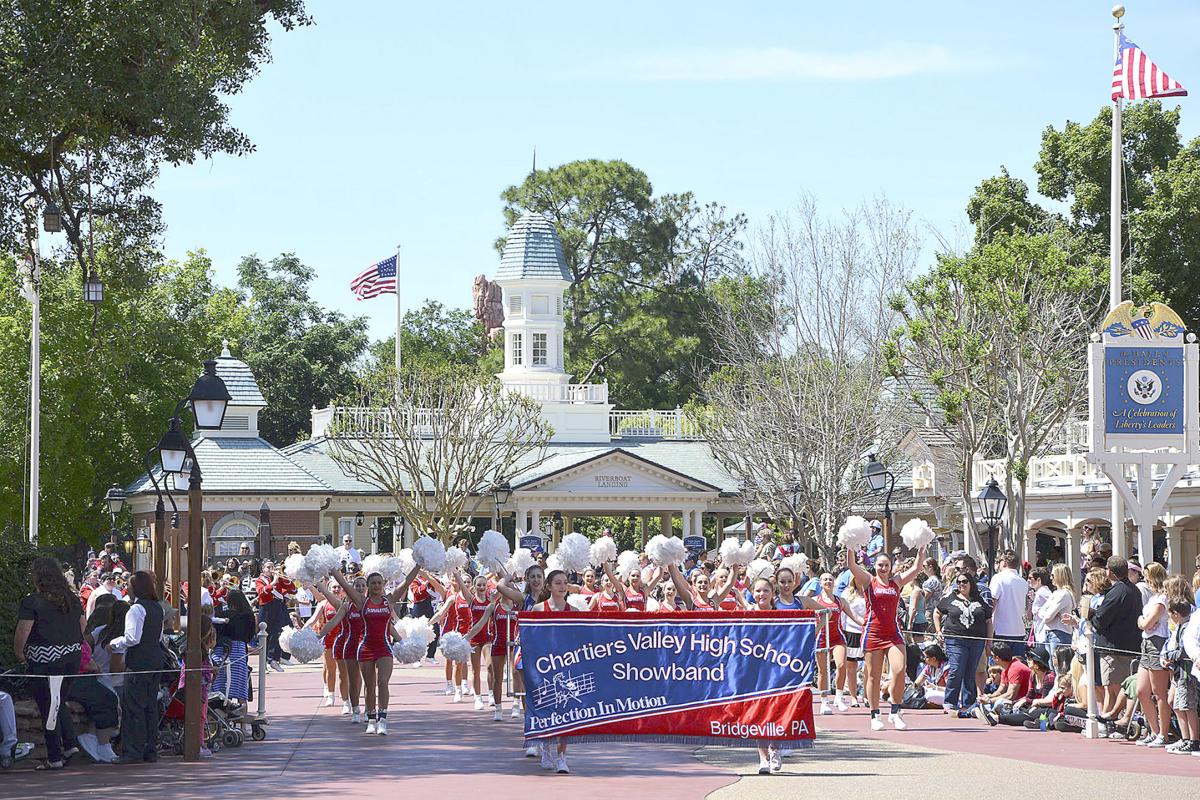 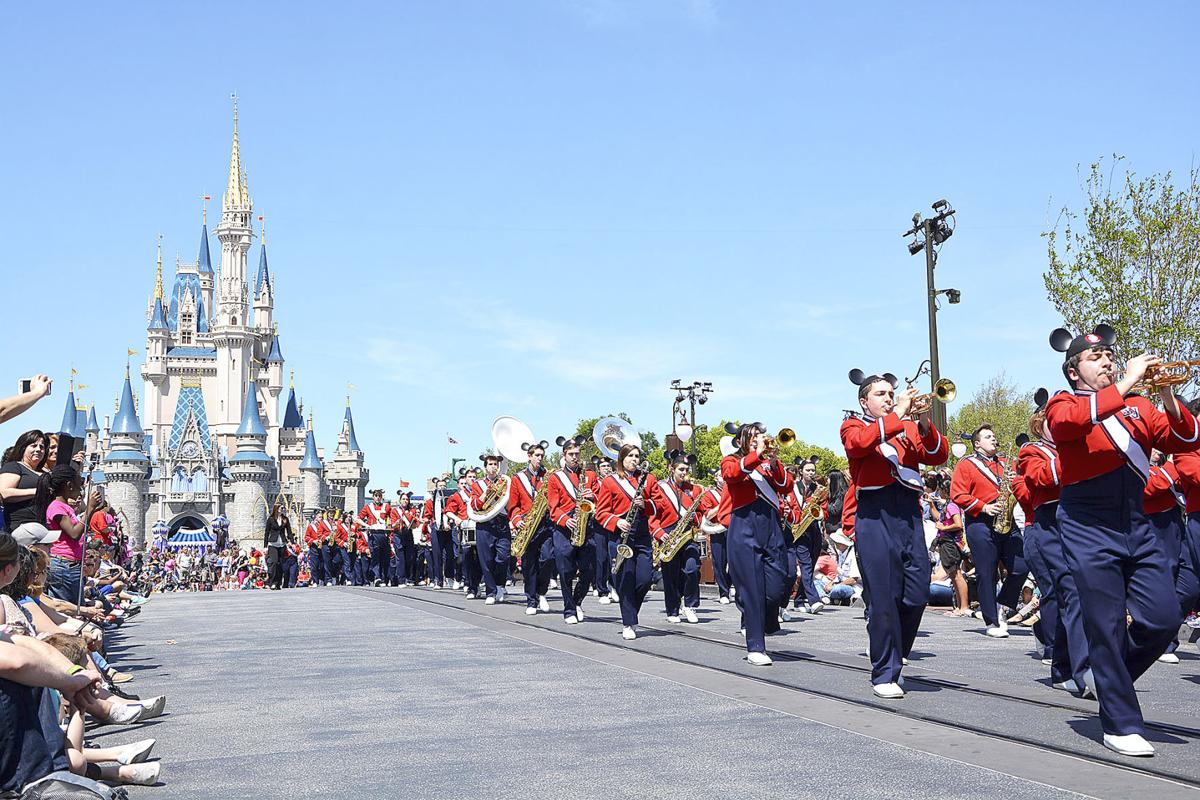 Members of Chartiers Valley High School Showband Marching Band became stars of their own Disney show last month when they entertained resort guests at the Magic Kingdom. The group traveled from Bridgeville to the Walt Disney World Resort in Florida to take part in the Disney Performing Arts Program.

The marching band, under the direction of Steven Wilson, entertained hundreds of Magic Kingdom guests as they marched through Main Street, U.S.A., and around Cinderella Castle into Frontierland before the “Festival of Fantasy Parade.” The group’s performance included “Party Rock Anthem” by LMFAO and “My Songs Know What You Did in the Dark (Light Em Up)” by Fall Out Boy.

This was the group’s fourth visit to the resort with the Disney Performing Arts Program.

In addition to their performance, the marching band participated in the Disney Performing Arts “You’re Instrumental” workshop, where they learned how to get the most of their rehearsals and honed their sight-reading skills under the guidance of an experienced Disney Teaching Artist.

The band also participated in the Disney Performing Arts “Disney Dancin’” workshop, where the students learned techniques to help maximize their rehearsal time and deliver a focused performance from a professional Disney dancer.

Vocal, instrumental and dance ensembles from all around the world apply to perform each year as a part of Disney Performing Arts at both the Disneyland Resort and the Walt Disney World Resort. Once selected, they are given the opportunity to perform at the resort for an international audience of theme park guests. Millions of performers have graced the stages of the Disney Parks in the more than 25-year history of the program.