Welcome, Guest
News
Sports
Life & Culture
Events Calendar
Lottery Results
Fish Fry Map
Weather
Classifieds
e-Edition
South Hills Living
Get Our Newsletter
Get the Almanac
Advertise With Us
Submit Content to The Almanac
Contact Us
About Us
1 of 8 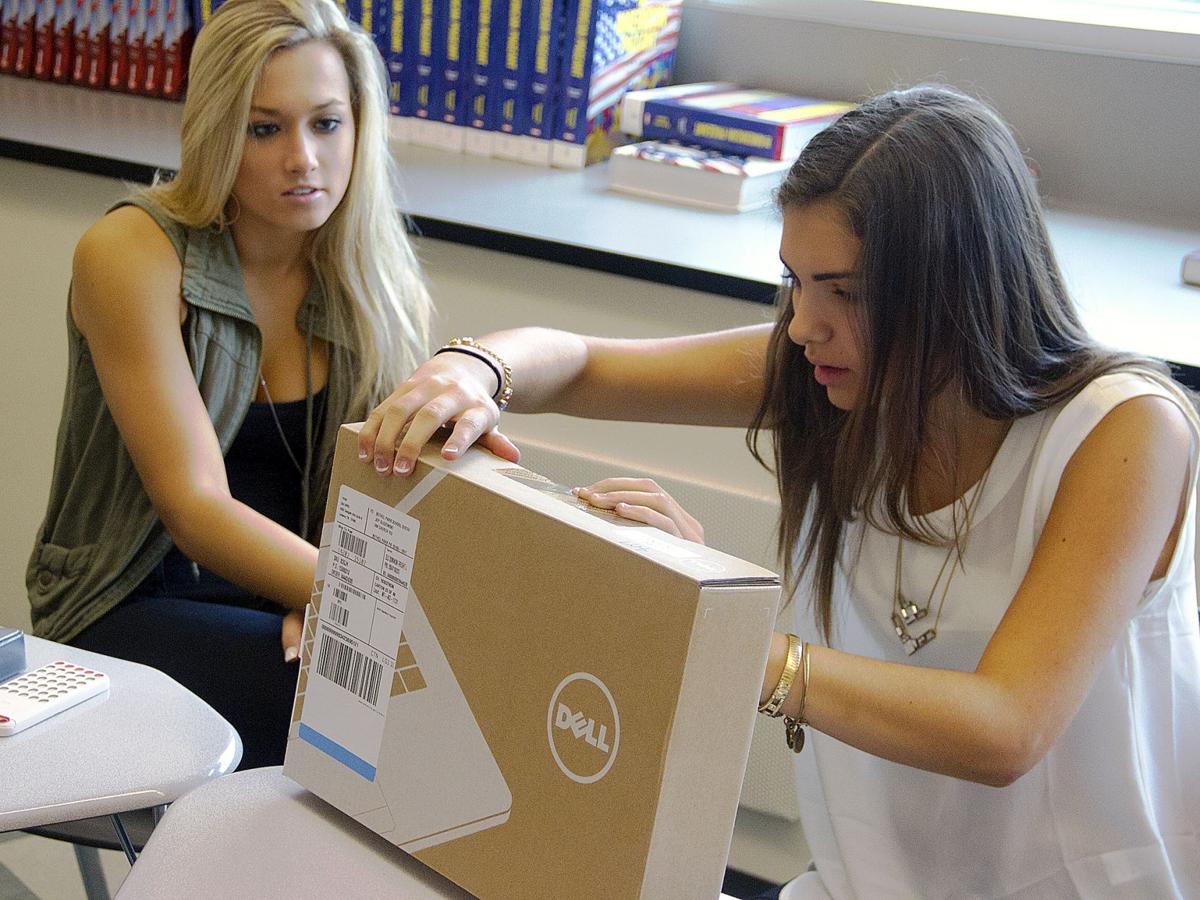 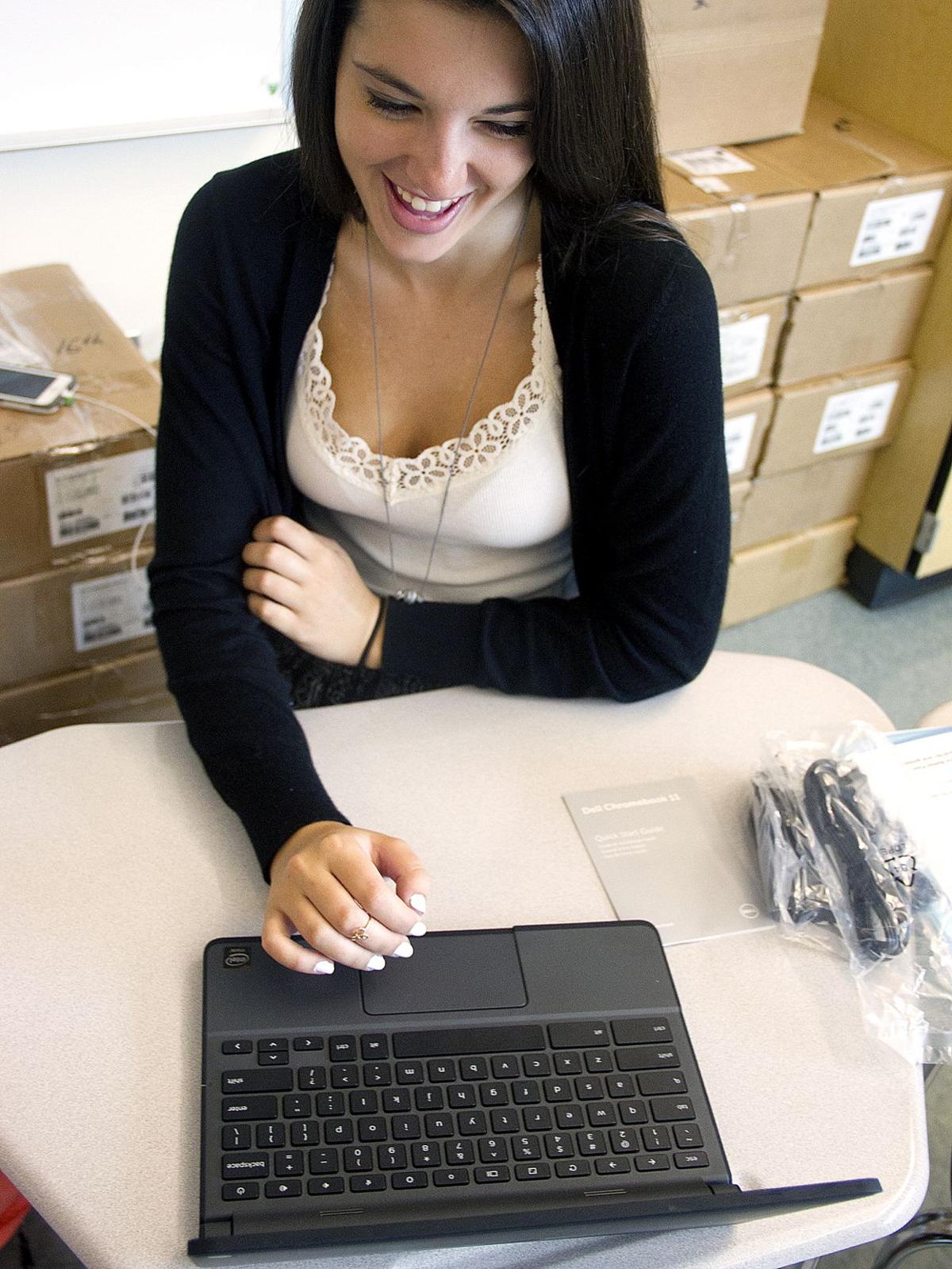 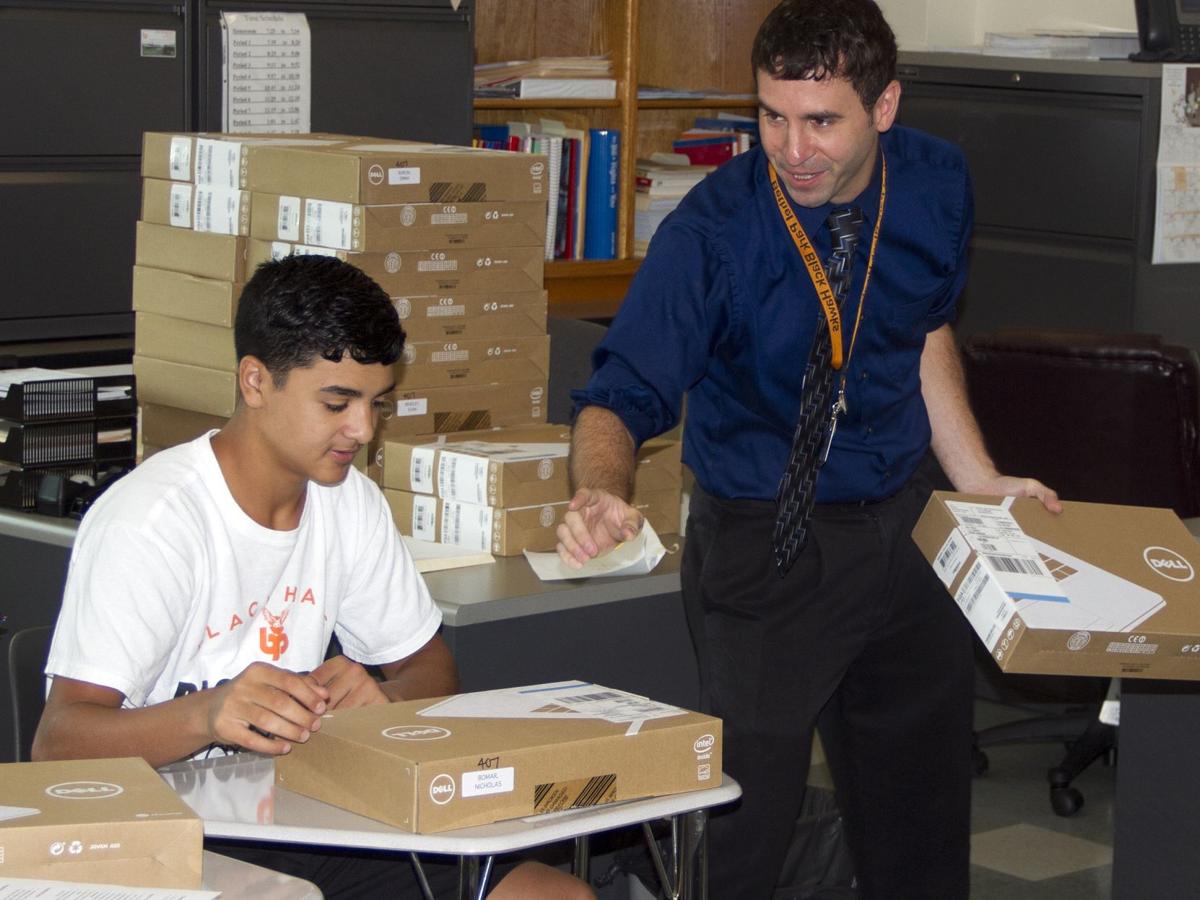 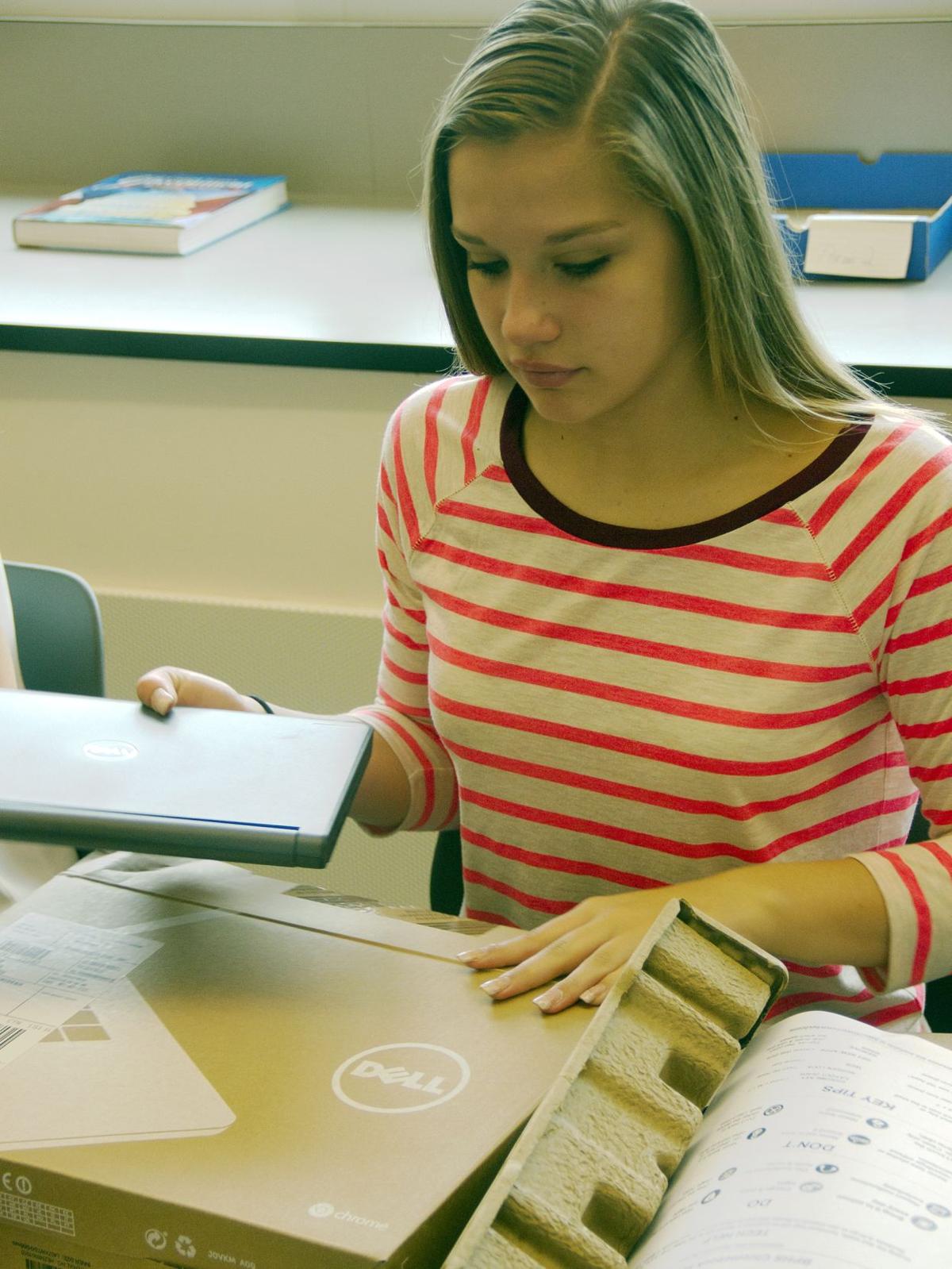 Candice Chalus pulls her Chromebook from the box. 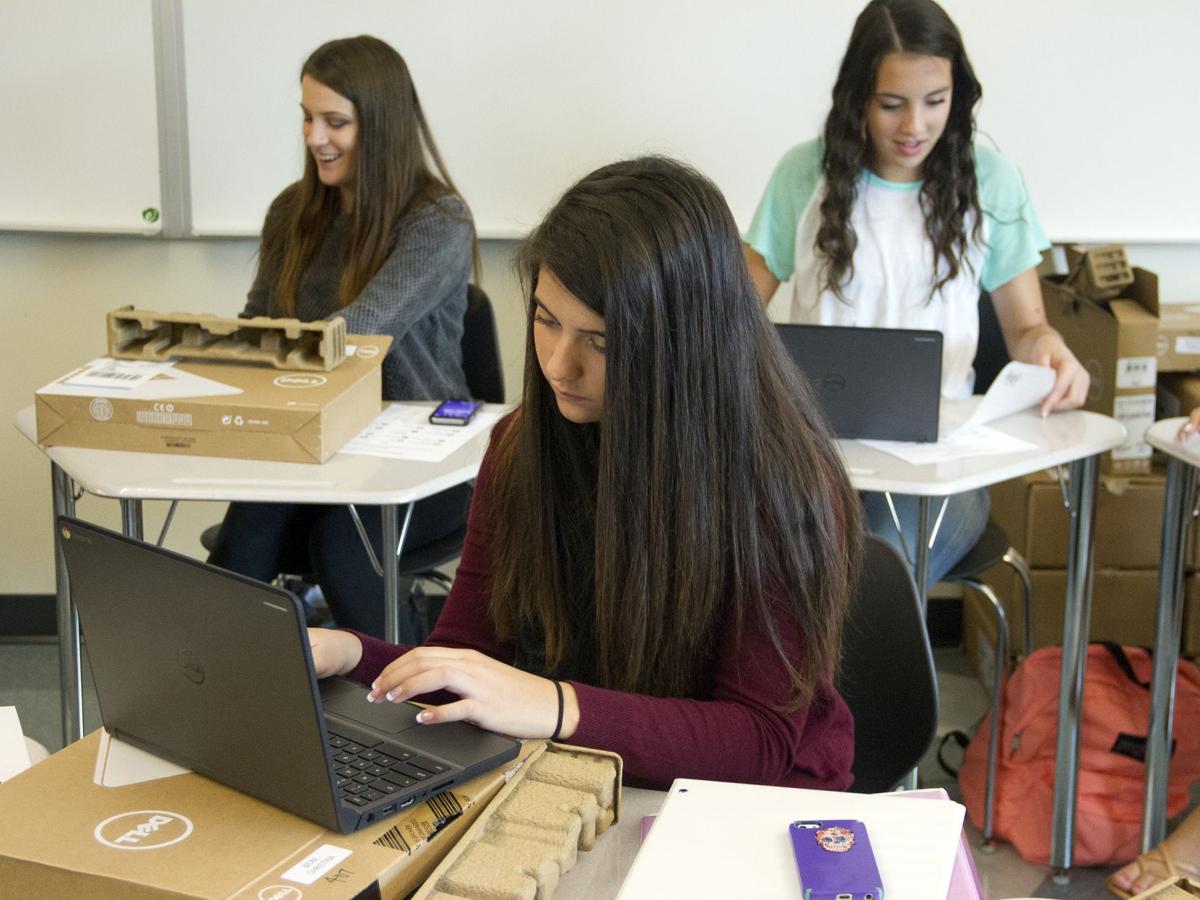 Checking out their Chromebooks are, from left, Nicole Carso, Christina Bondi and Alexandra Boff. 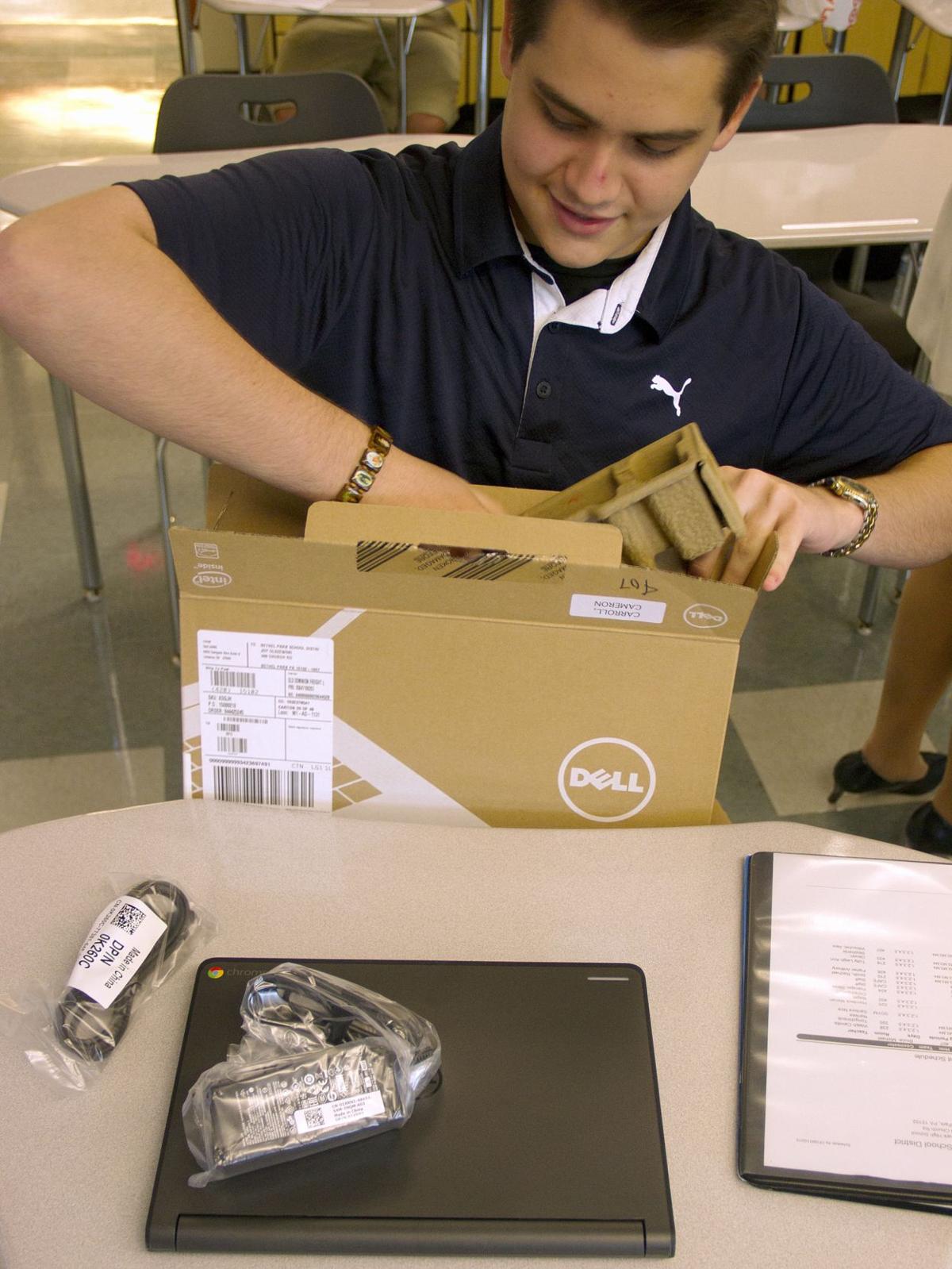 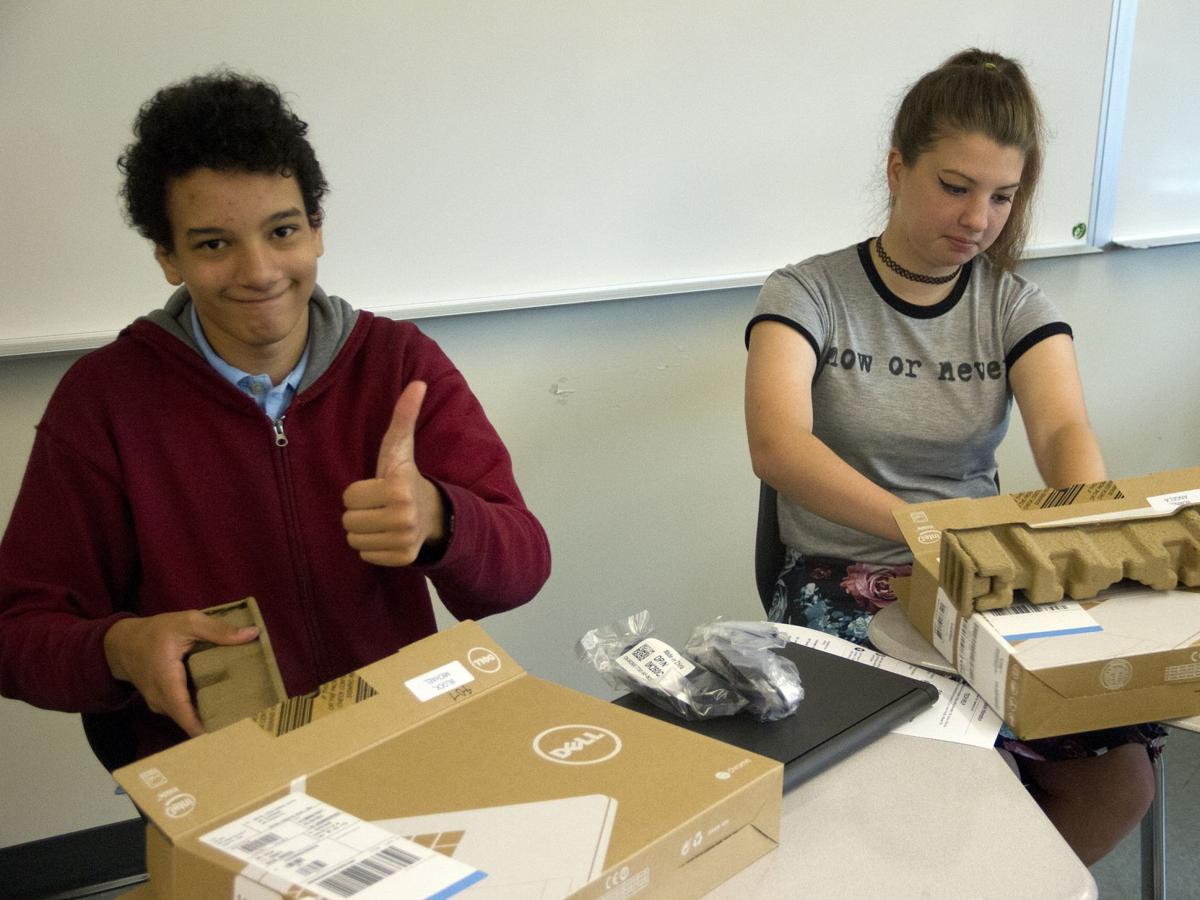 Michael Block looks to be enthusiastic about his Chromebook. 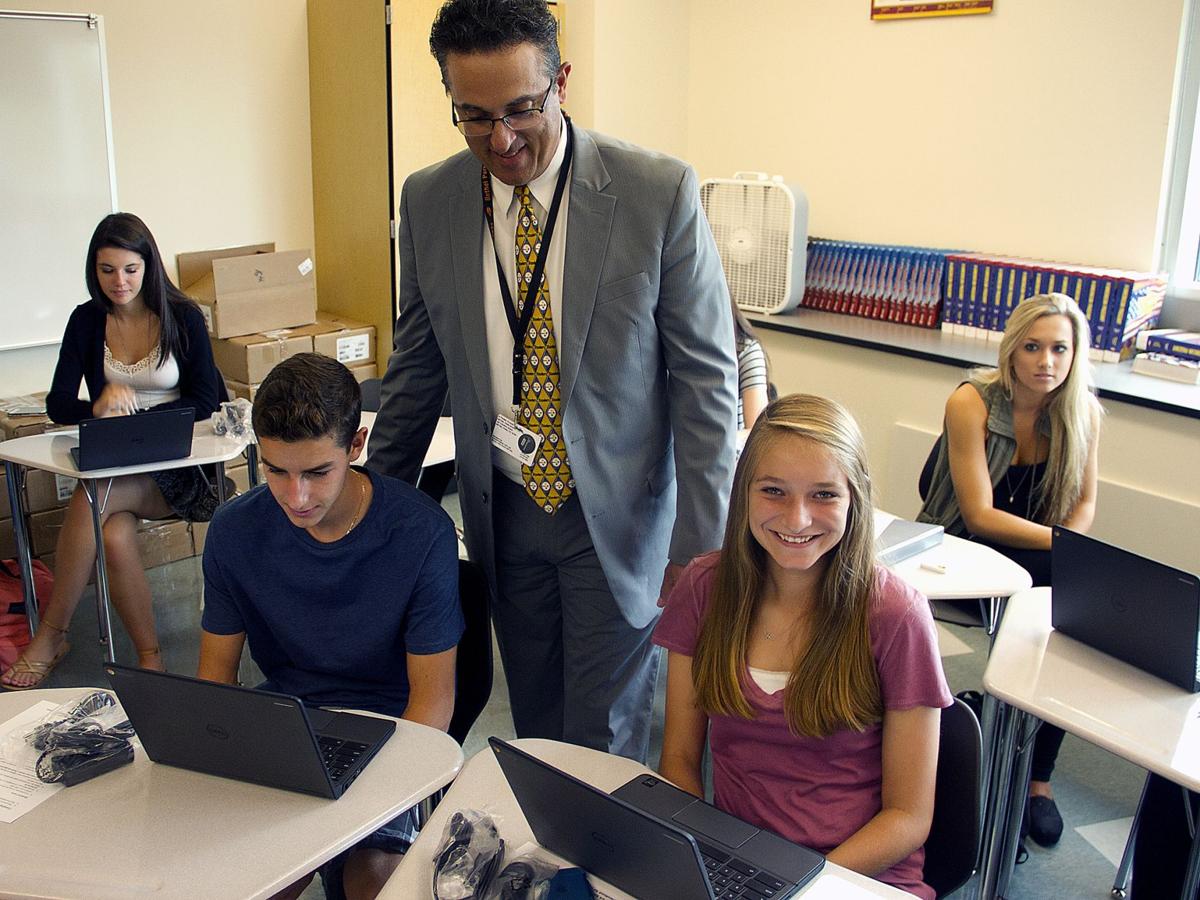 Candice Chalus pulls her Chromebook from the box.

Checking out their Chromebooks are, from left, Nicole Carso, Christina Bondi and Alexandra Boff.

Michael Block looks to be enthusiastic about his Chromebook.

One of the overriding instructions to Bethel Park High School students: Make sure your Chromebook is powered and ready to go.

“Don’t just charge it when you wake up, half an hour before school,” teacher Alex Winschel told his homeroom students as he handed out boxes containing the devices.

As part of the district’s $1.3 million One-to-One Technology Initiative, Dell Chromebook 11 computers were presented to the high school’s 1,600 students – at least, the ones who so far had turned in the requisite paperwork – on Sept. 28.

“We’re excited about this technology,” Charles Youngs, who is serving as instructional technology coach, said just prior to the distribution. “It really enhances the quality and depth of our education.”

Last year, seventh- and eighth-graders at Independence Middle School received the devices, meaning that this year’s freshmen have a head start in using them both in the classroom and at home.

The One-to-One initiative also provides Chromebooks that remain in school for students in third through sixth grades, and devices on classroom carts for kindergartners through second-graders.

“We want to give the students a rich experience,” Youngs explained. “It makes it easier for student and teacher to find learning enjoyable.”

A major component of instruction is Google Apps for Education, free tools available for classroom collaboration that are integrated with the Chromebook.

“It creates that instant feedback, a loop that wasn’t possible before,” Youngs said.

He created a PowerPoint presentation shown in each of the homeroom classes to orient the students about their Chromebooks, emphasizing maintenance and what to do in case of problems with the devices.

One recommendation was that students refrain from using their Chromebooks in the cafeteria.

“Close the Chromebook, eat, have lunch. Then when everything is done, you have some time with your Chromebook,” said Zeb Jansante, high school principal. “We want students to socialize.”

He was a principal at Quaker Valley School District in 2001, when the district received a grant to implement a similar program of distributing laptop computers, the first in the region to do so.

Dell is making Chromebooks available to students’ family members and to district faculty members for a discount.

As far as the high schoolers making sure their Chromebooks are sufficiently powered, Jansante has confidence in them.

“They’ll remember,” he said. “You come to school and your unit’s not working, you’ll discover it needs to be part of your daily routine.”