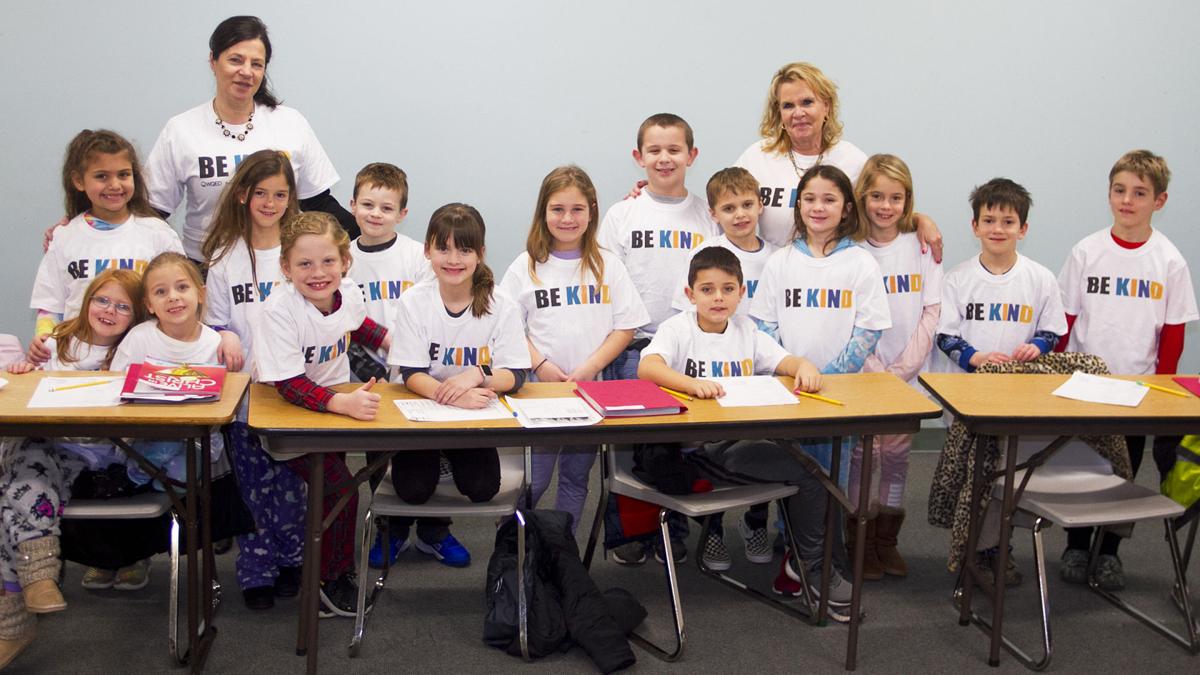 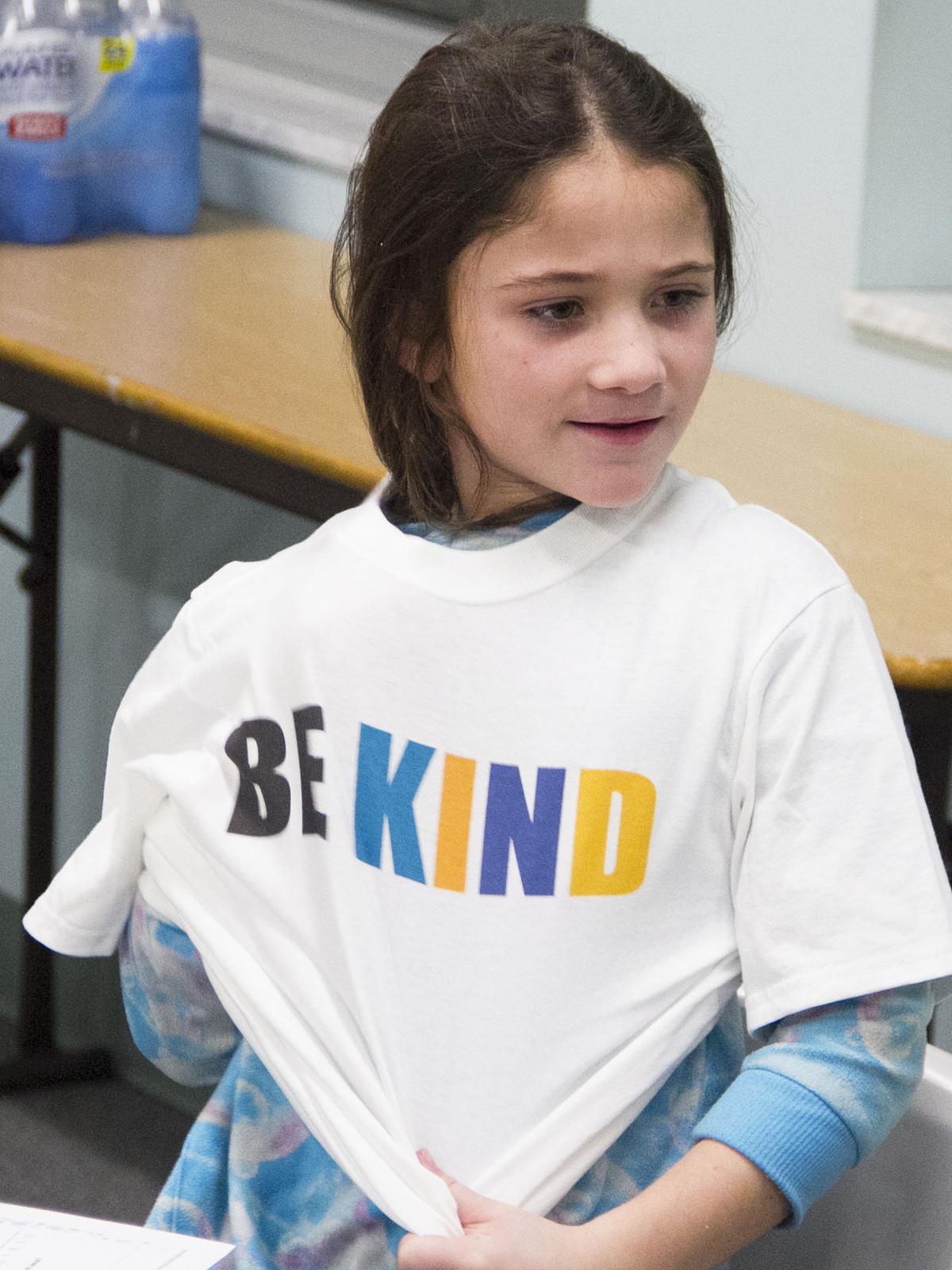 Bella Dowden puts on her "Be Kind" shirt. 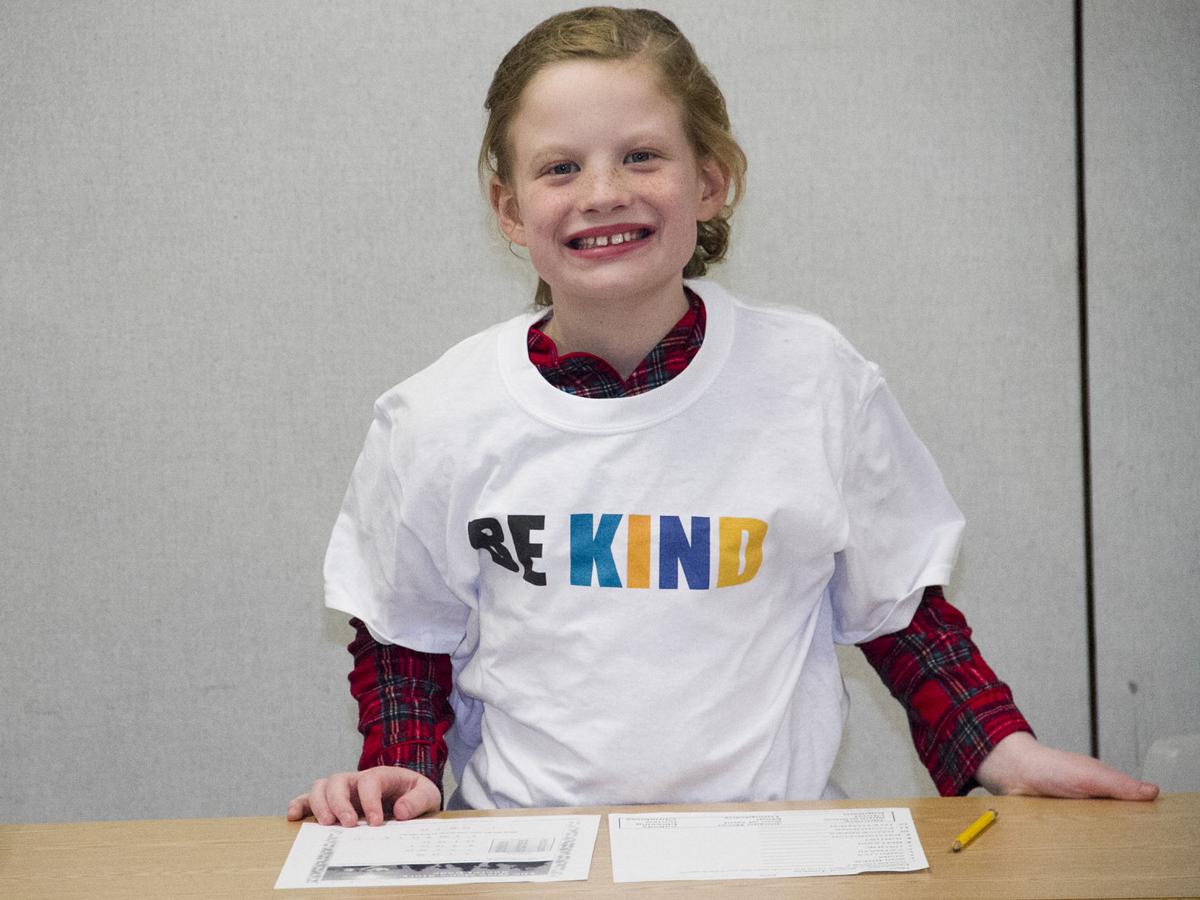 John Wolfe shows off his "Be Kind" shirt. 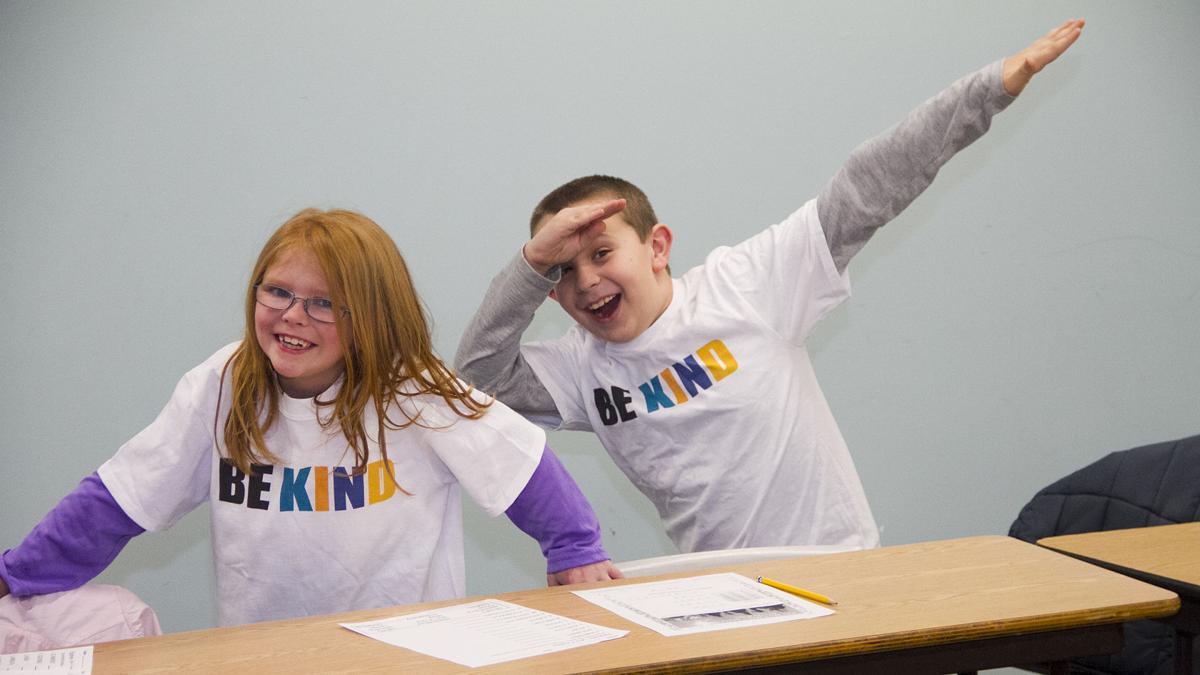 McKenna Tomnay and Evan Nielsen show off their “Be Kind” shirts. 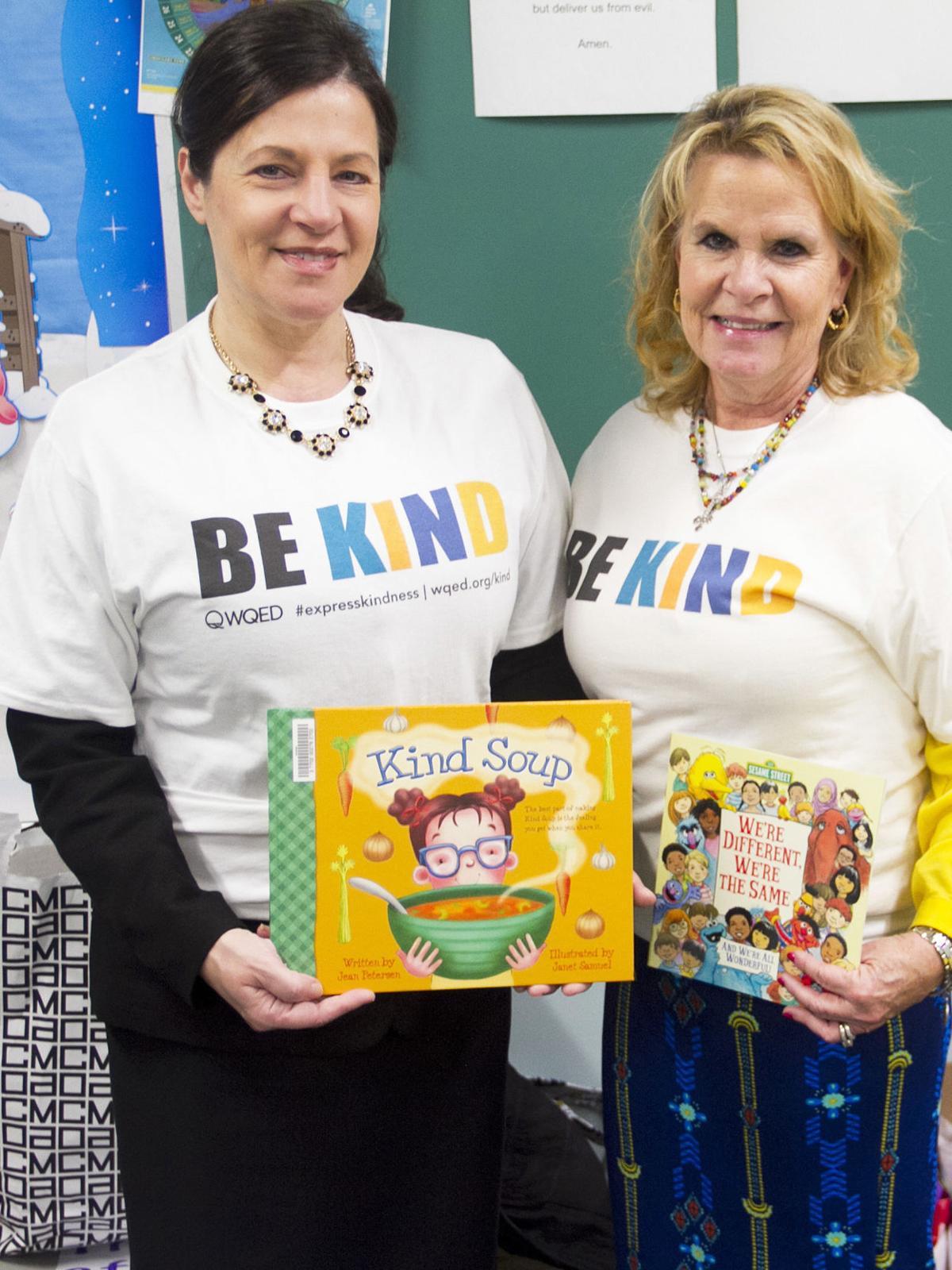 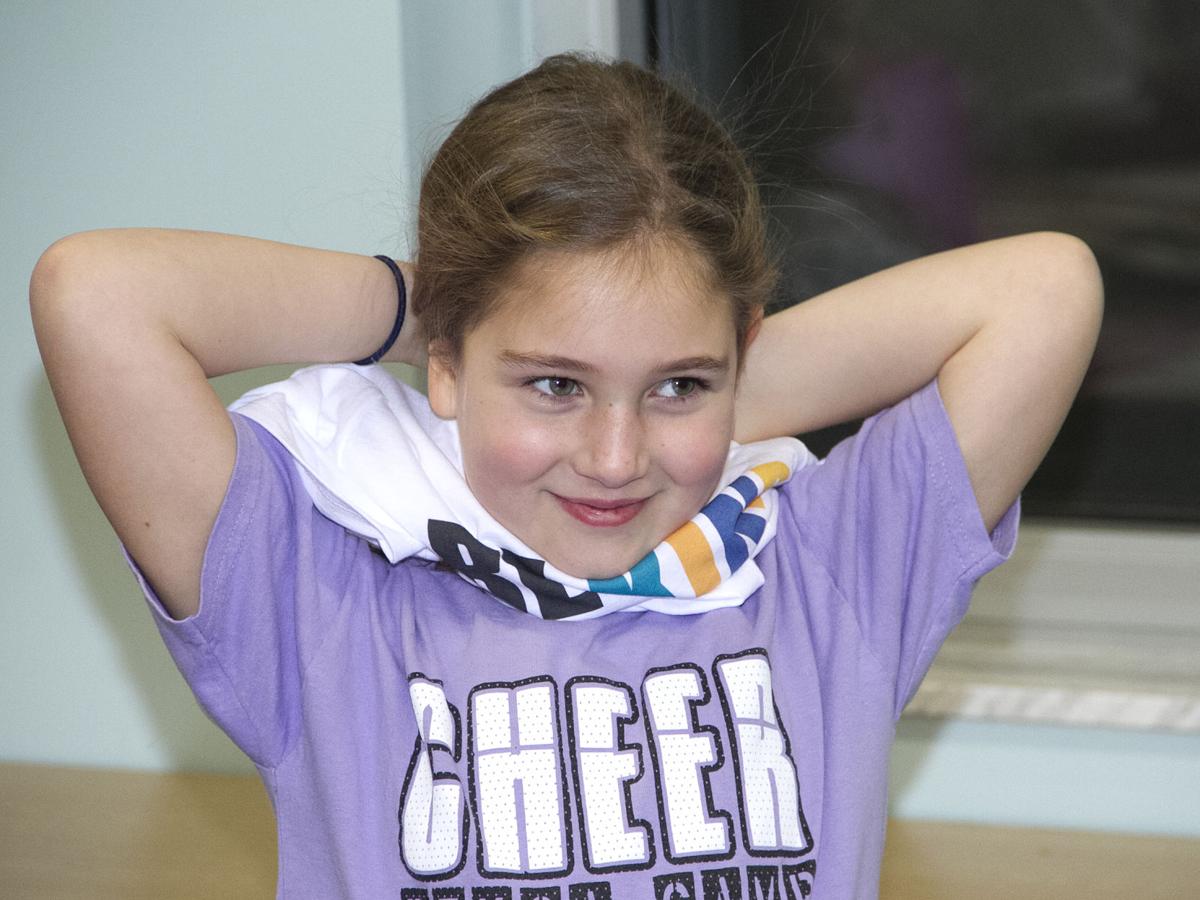 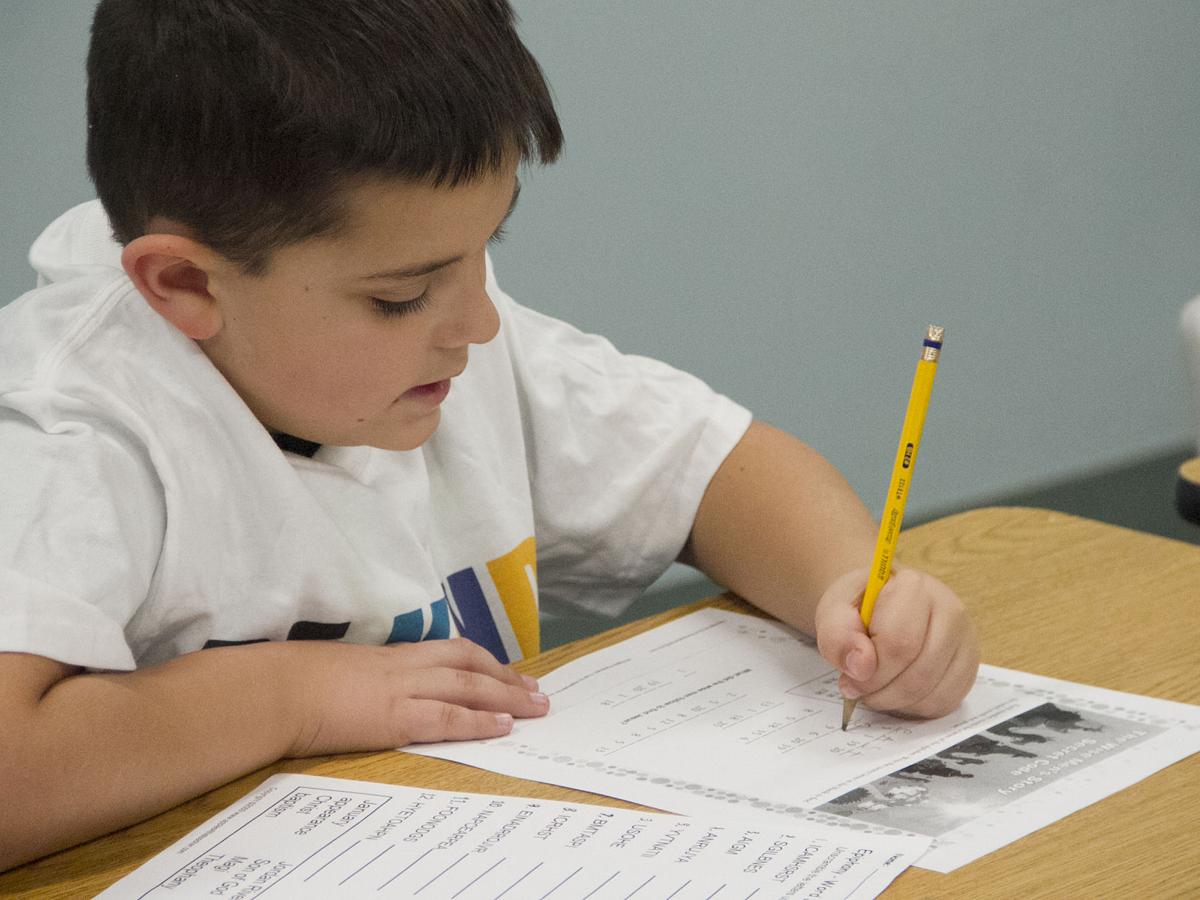 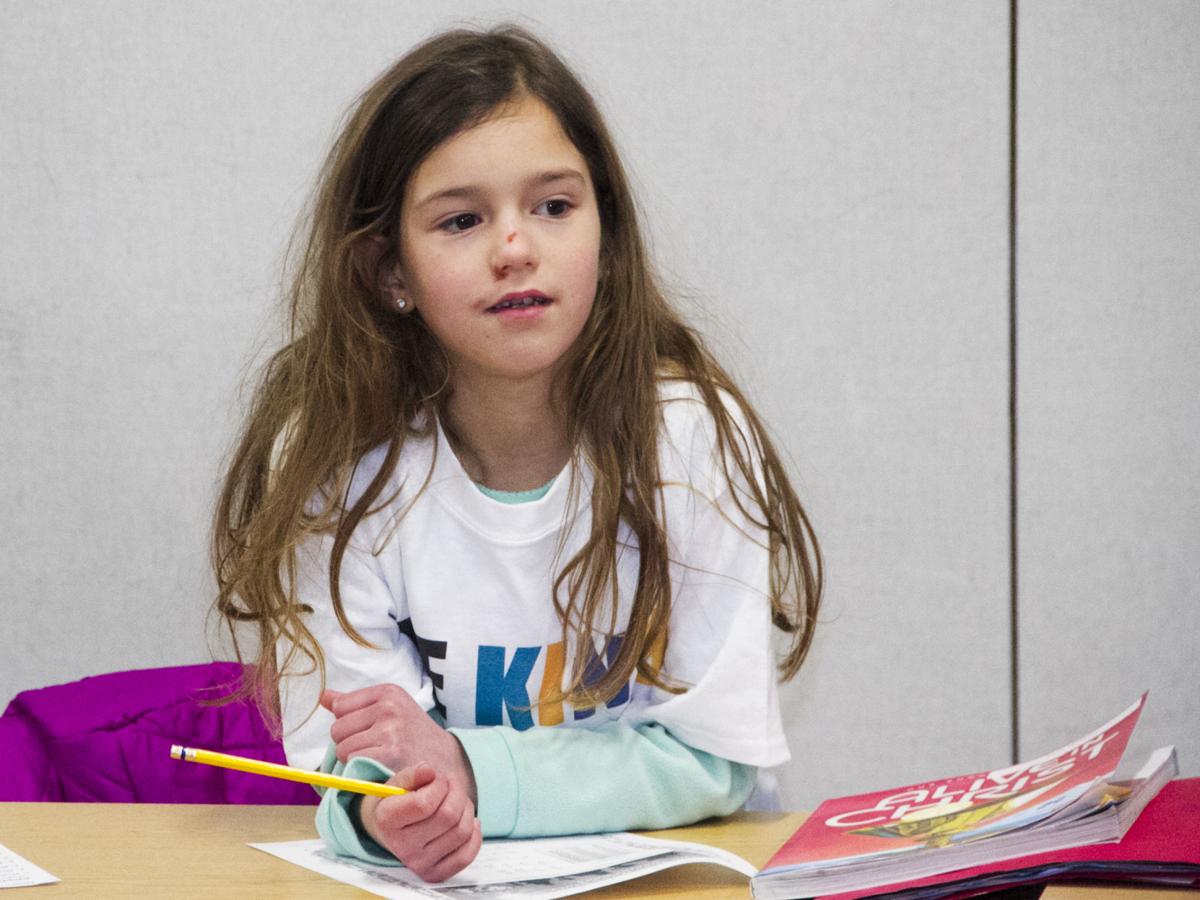 Kaia Wilson takes a break from her kindness activity to check out her classmates and their “Be Kind” shirts.

Kaia Wilson takes a break from her kindness activity to check out her classmates and their “Be Kind” shirts.

It’s a beautiful day in the St. Benedict the Abbot neighborhood.

That’s the vision of Linda Esposito, who teaches a Faith Formation class for second-graders at the Peters Township church.

“Being a children’s librarian,” she said about her day job, “I’m a huge fan of Fred Rogers.”

As such, she attended WQED’s second annual Cardigan Party in October, from which she emerged with a T-shirt bearing the Mister Rogers-themed message “Be Kind.”

“I bought one for myself and I thought, that’s a nice shirt to wear in the children’s department,” Esposito said, and she often is seen attired as such at Peters Township Public Library. “And then in the middle of the night, one of those where you wake up and think, this would be perfect: get the kids involved, get them T-shirts and get them acting on it.”

Her Faith Formation co-teacher, Angela Winslow, agreed, and so they formulated a Be Kind campaign for their students, also inspired by the Peters Township Year of Kindness 2020 effort by the local Character Counts Committee.

The St. Benedict effort launched Jan. 7 with a pizza party, during which the students in Esposito and Winslow’s class were presented with their own “Be Kind” T-shirts and activity books promoting the concept.

“They’re going to have to be actively involved, not just hear about it but actually be part of it,” Esposito explained.

Each week, the youngsters are asked to perform an act of kindness and write about it on a sheet of paper for placement as a “leaf” on a Kindness Tree mural. That will continue until they make their Holy Communion in May.

Beyond that, Esposito’s hope is they will continue to display compassion, consideration and helpfulness for the rest of their lives.

“Kids aren’t born to be mean and nasty, and have all these perceptions against people. It’s about what they learn and live. And I think this is a good place to start.”