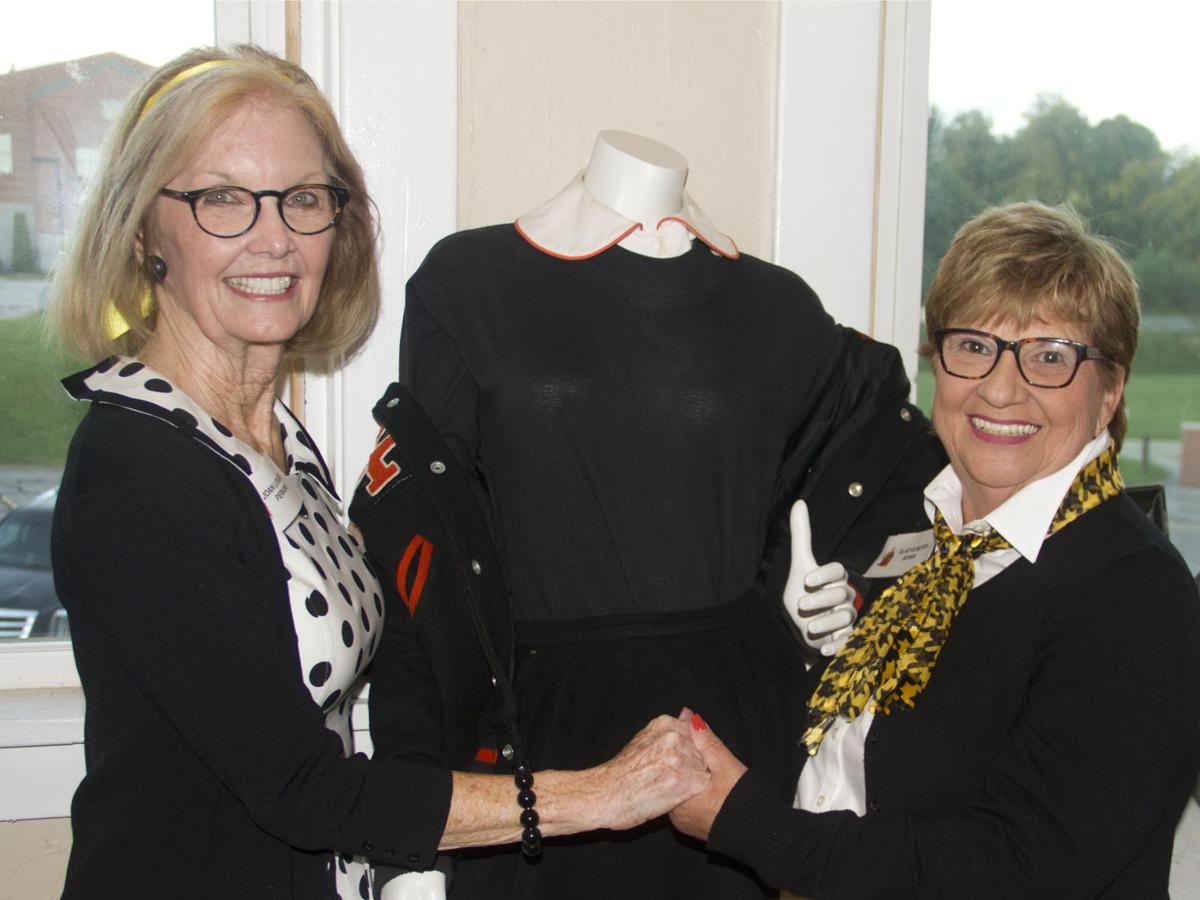 Bethel High School Class of 1958 members Joan Loudon Perkins, left, and Gladys Bloch Bown stand next to a vintage Bethettes uniform, part of the collection at the Schoolhouse Arts and History Center. 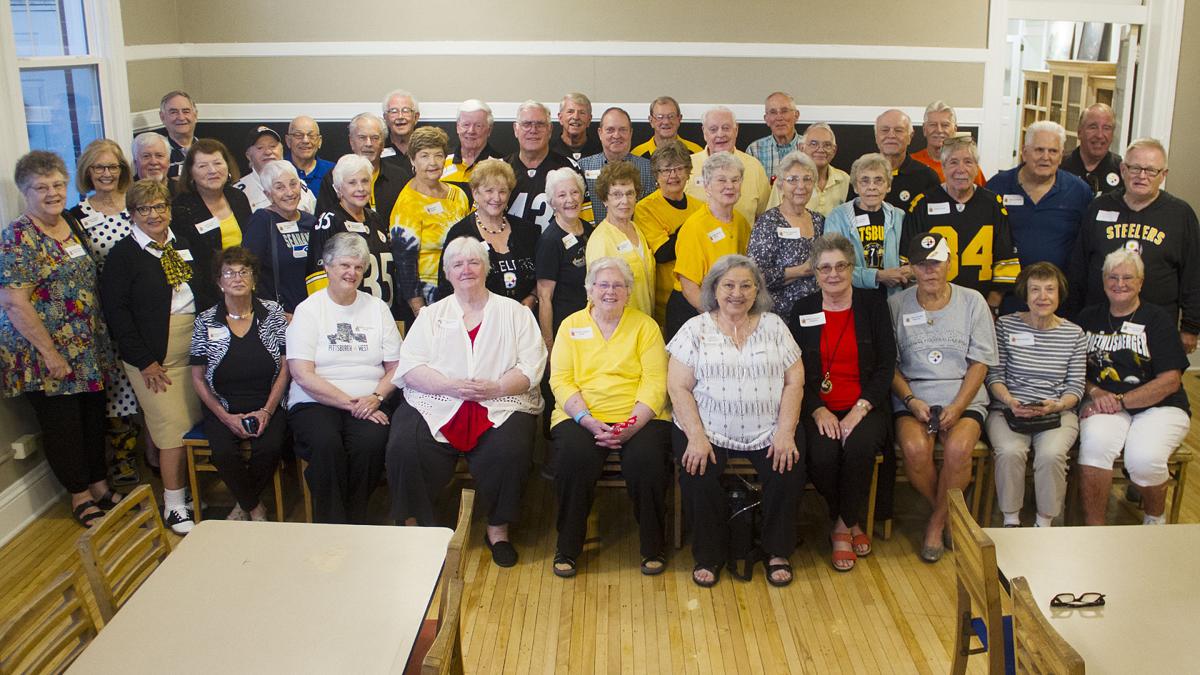 Members of the Bethel High School Class of 1958 gather at the Schoolhouse Arts and History Center.

The fruits of the post-World War II baby boom must have been near their peak when Raymond Balach embarked on his first job in education.

“I taught 42 fifth-graders in there,” he told classmates about the students stuffed into one of the rooms in what now is the Schoolhouse Arts and History Center, where members of the Bethel High School Class of 1958 gathered Sept. 14 as part of a reunion weekend.

Parts of the historic Bethel Park building, which previously served as a high school and vocational school, already were nearly six decades old by the time Balach started teaching at what had become Bethel Grade School in 1965.

“At the time I worked here, they could only have classes on the first floor because of the fire code. They had offices upstairs,” he recalled. “We went over to the junior high wing of the old junior-senior high school for lunch.”

That school was on the current site of the Bethel Park Community Center, while the Schoolhouse building next door has become the focus of a substantial restoration effort by the Bethel Park Historical Society.

During their recent get together, Class of 1958 members were able to have a firsthand look at all the improvements that have taken place over the past two years, along with a growing number of items pertaining to local history. Many of the donations are from class member Beverly Kimpel Roussel, including her sister’s cheerleading megaphone from 1951, her husband’s school baseball uniform from 1957 and an uncle’s military pillow from World War II.

“That really started our collection,” Bill Haberthur, historical society secretary and a 1978 Bethel Park High School graduate, said. “And the thing that I want to impress upon people is that we continue to build on the collection. People have so many items that they don’t know what to do with, and here’s a repository for the community.”

The 60-year reunion get together actually marked the first time that Roussel had been inside the Schoolhouse Arts and History Center.

“I’m impressed, and it looks so beautiful from the outside,” she said, recalling her daily proximity to it six decades ago: “We’d stand in the parking lot right here to wait for my bus, No. 9, and I remember seeing all the little kids running around.”

About her graduating class, she remembers a civil atmosphere.

“There was no bullying, never, never,” Roussel said. “We all got along. We respected one another. We really did.”

She and her classmates spent a few hours sharing fond memories of school sports and after-game dances, local eateries and places to go for entertainment, including a South Park location known as the China Wall:

“That’s where they’d go to make out.”

For Balach, who went on to serve as principal in three Bethel Park elementary schools before retiring after 32 years with the district, returning to where it all began gave him an opportunity to reflect on his career as an educator:

“When a parent says to you, ‘Thank you for taking care of my little ones,’ that’s very meaningful.”