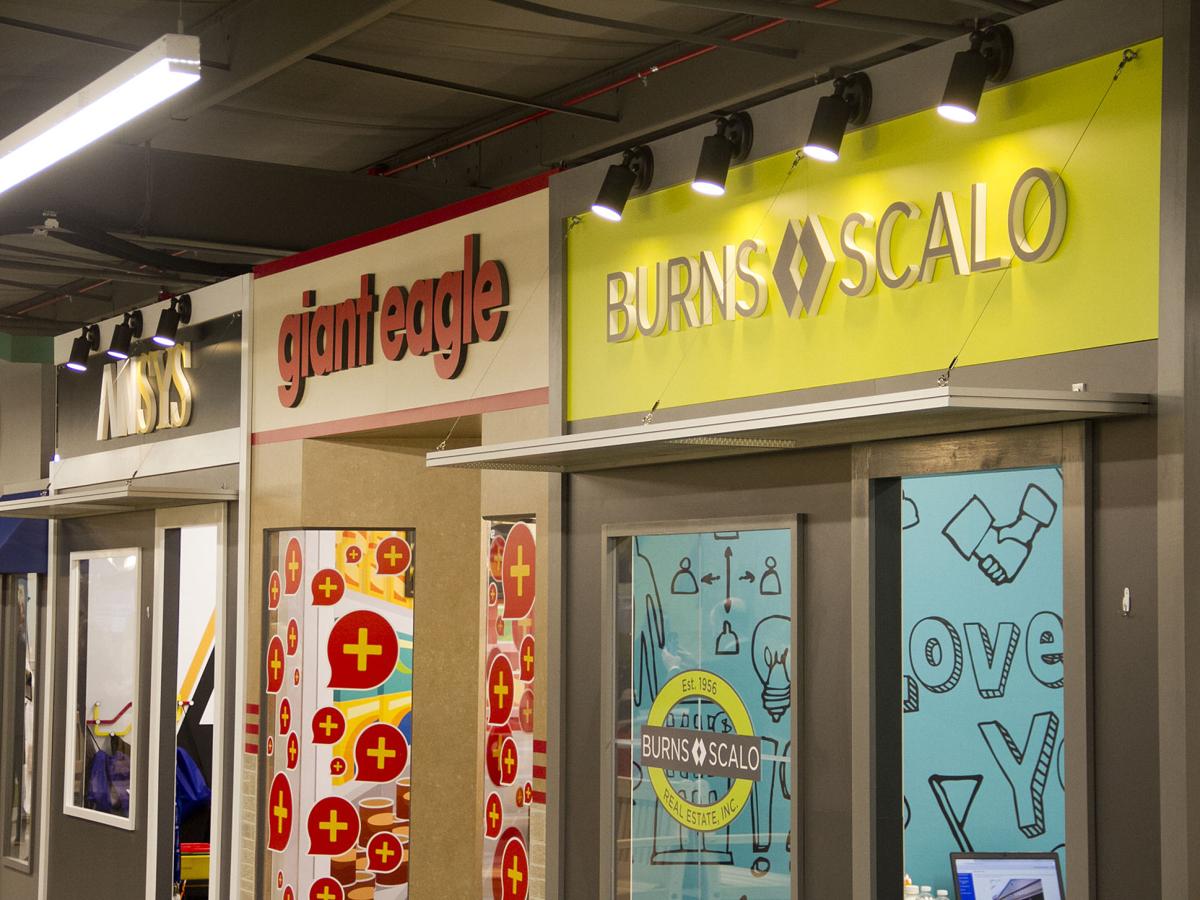 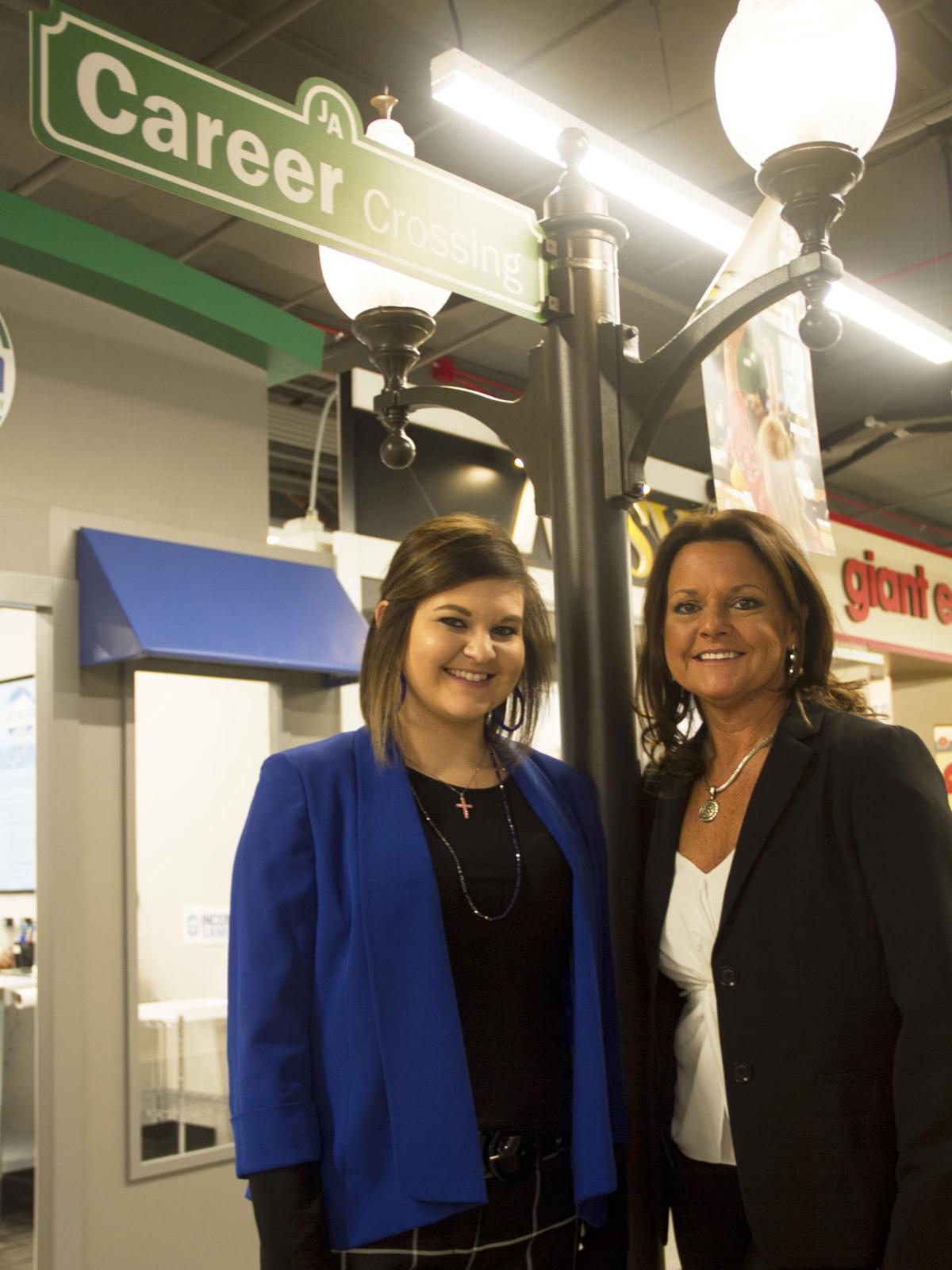 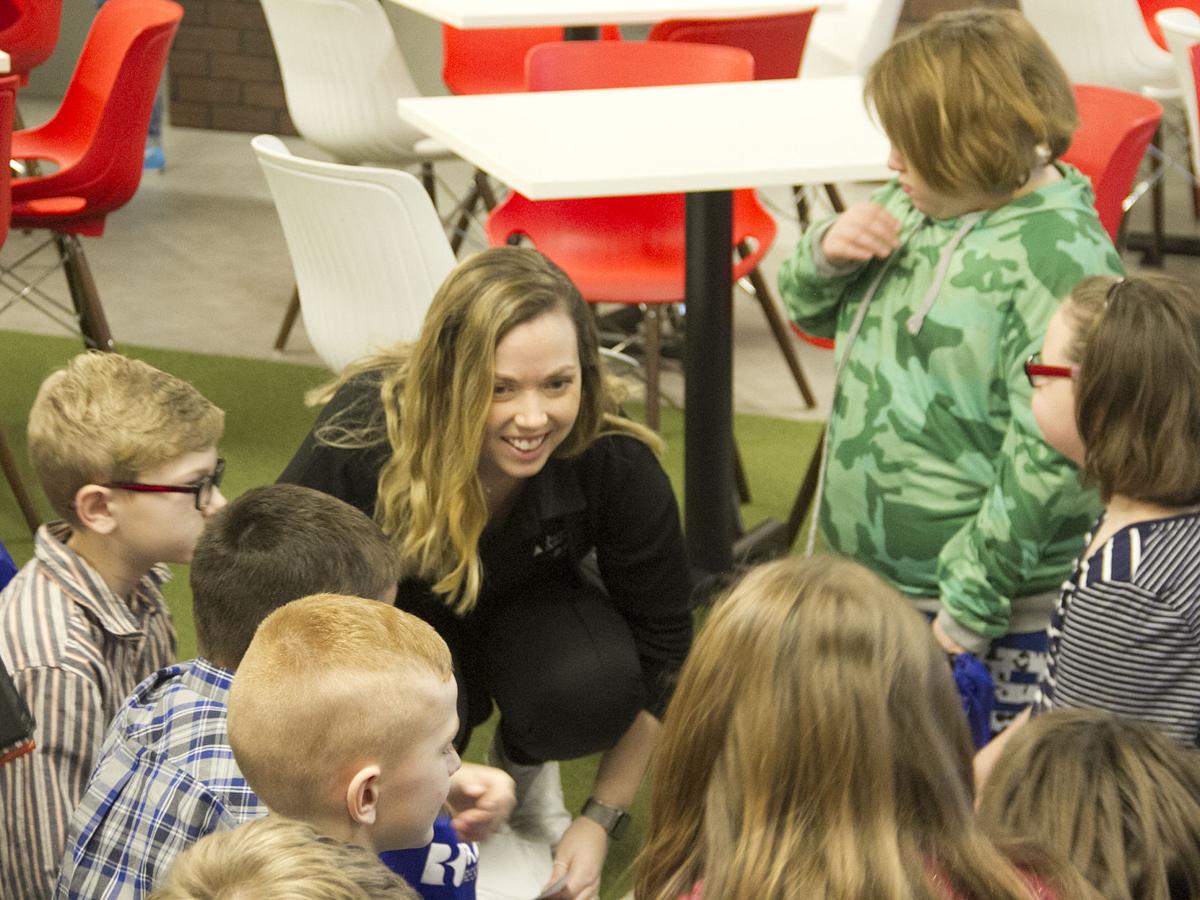 Maura Teti, director of the educational Capstone programs at Junior Achievement of Western Pennsylvania, talks with students before they report for “work.” 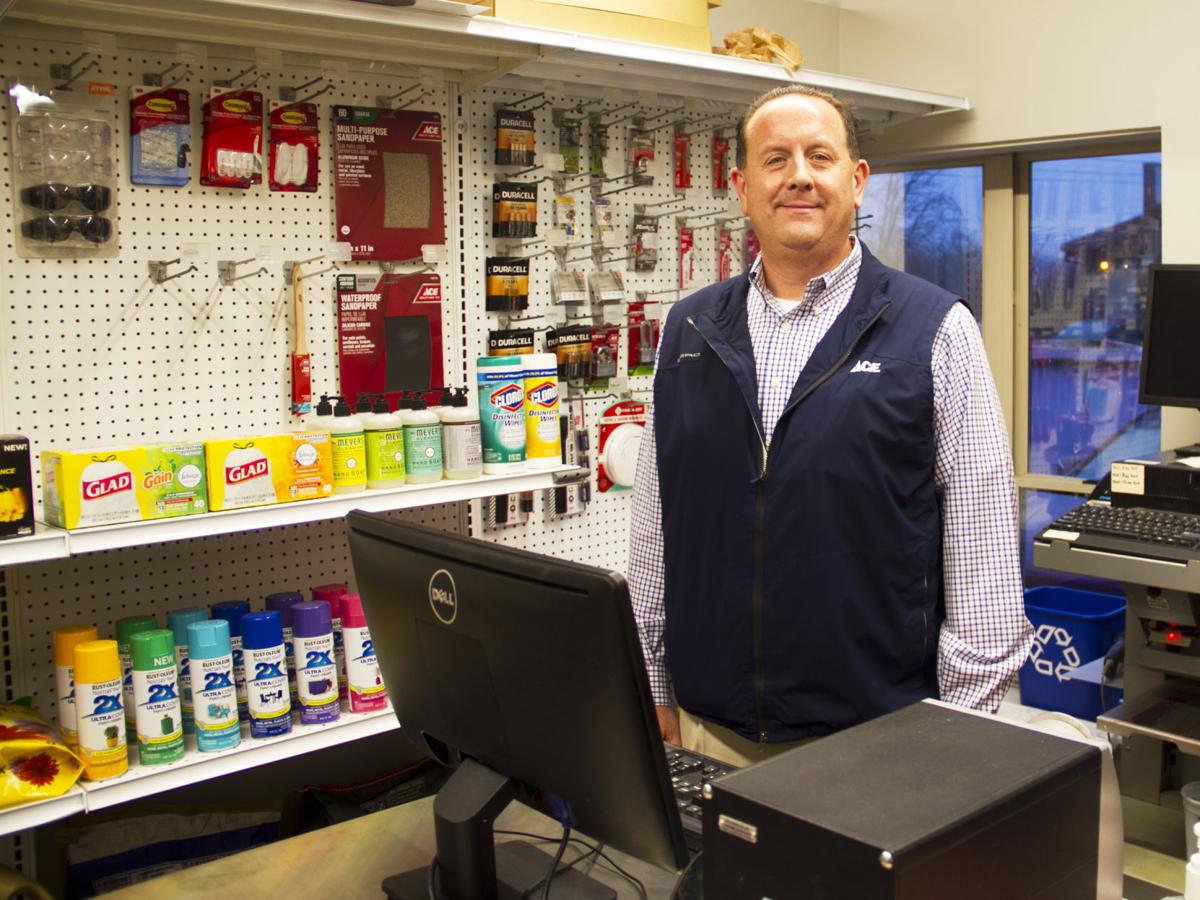 Greg Gold, owner of Miller’s Ace Hardware in Peters Township and Bethel Park, awaits students in a miniature version of his stores. 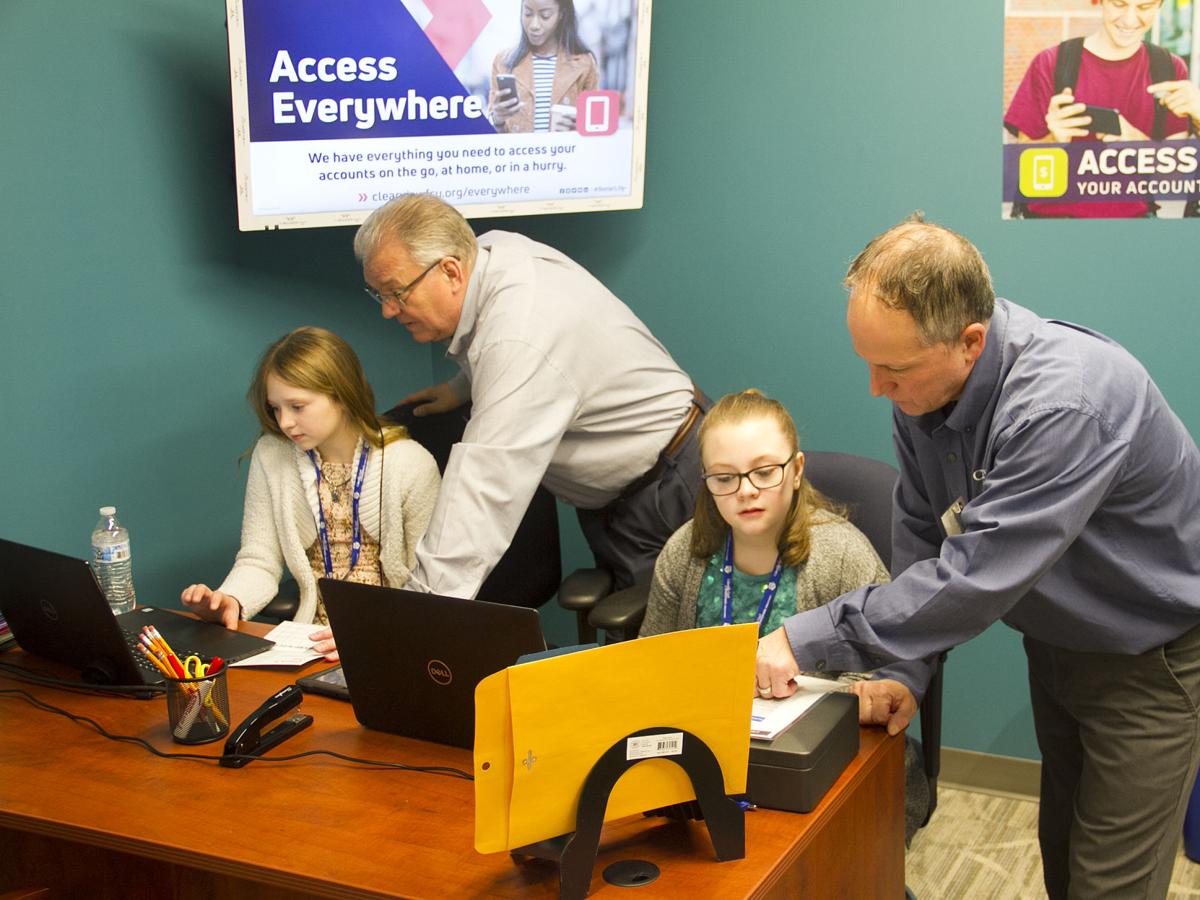 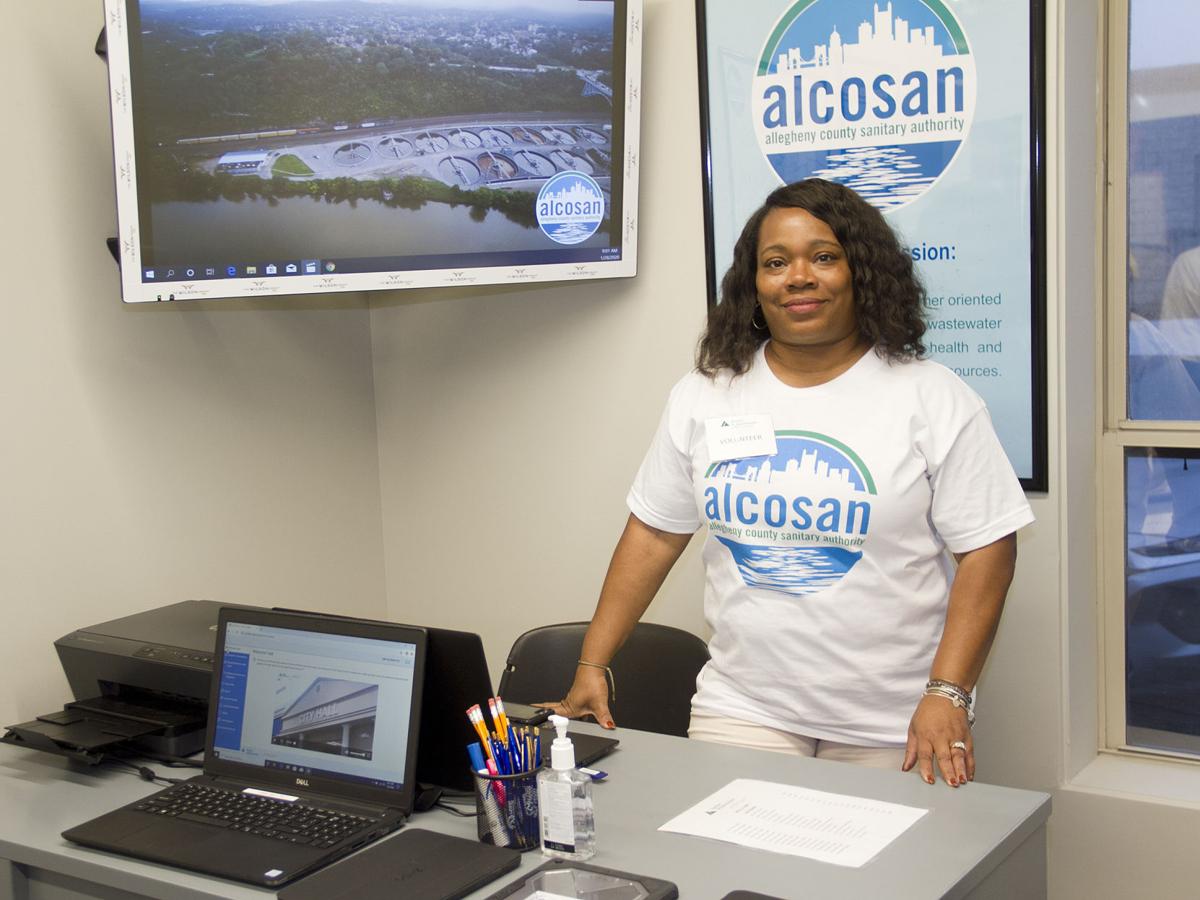 Denee Cabbagestalk, scholastic outreach and education supervisor for the Allegheny County Sanitary Authority, is ready for the students' arrival at JA BizTown. 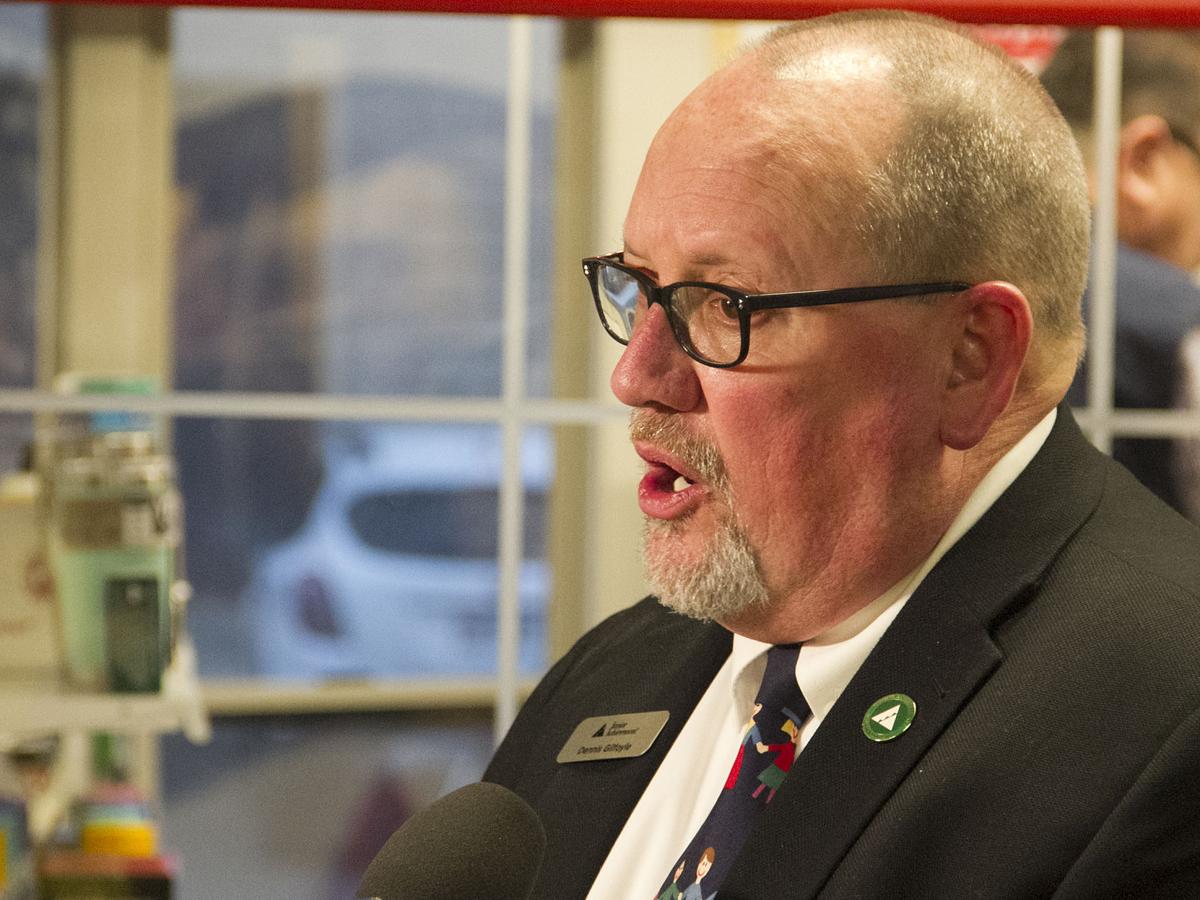 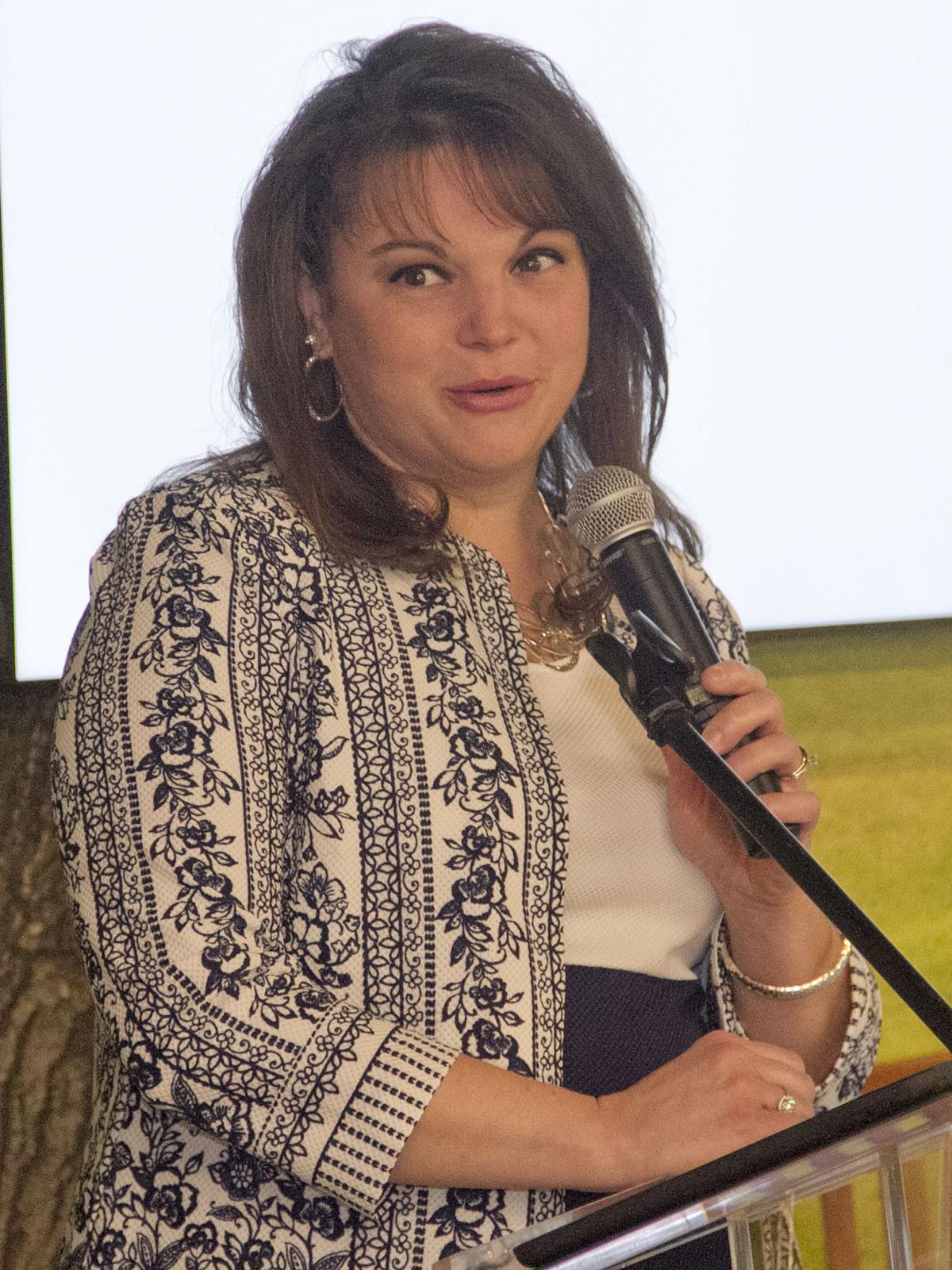 Gwen Rodi, president of the South Fayette Township Board of Commissioners, speaks during the opening ceremony. 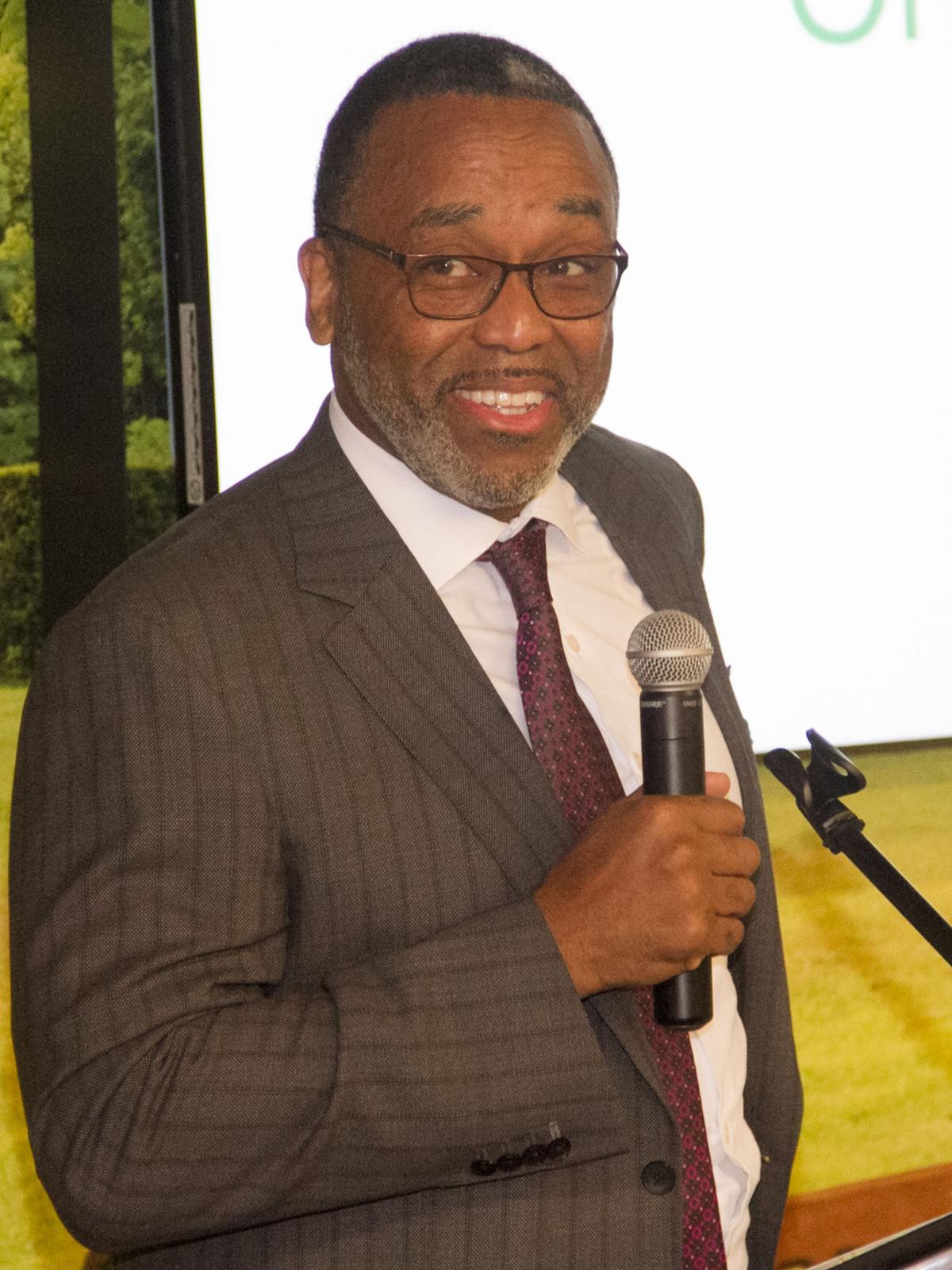 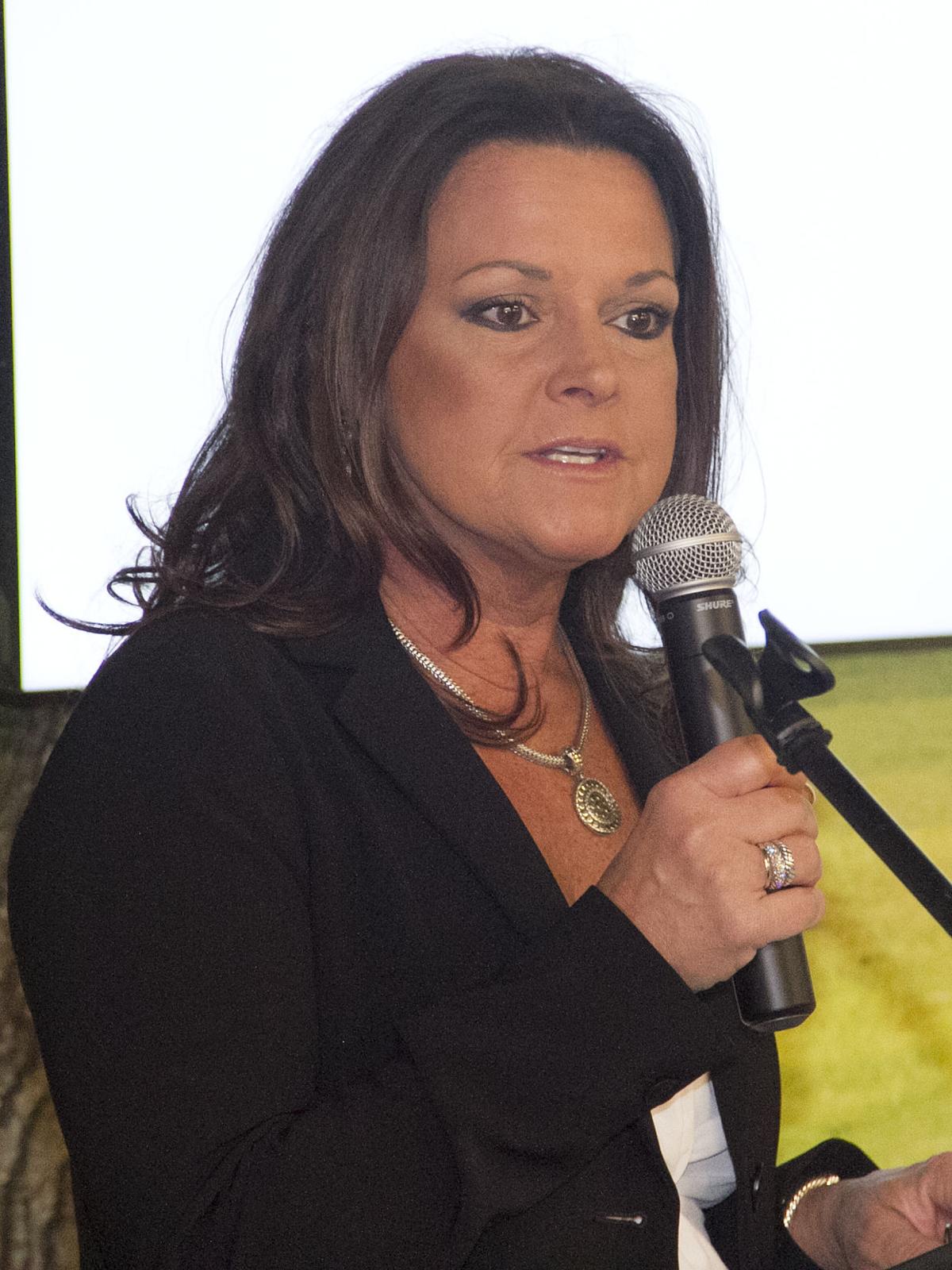 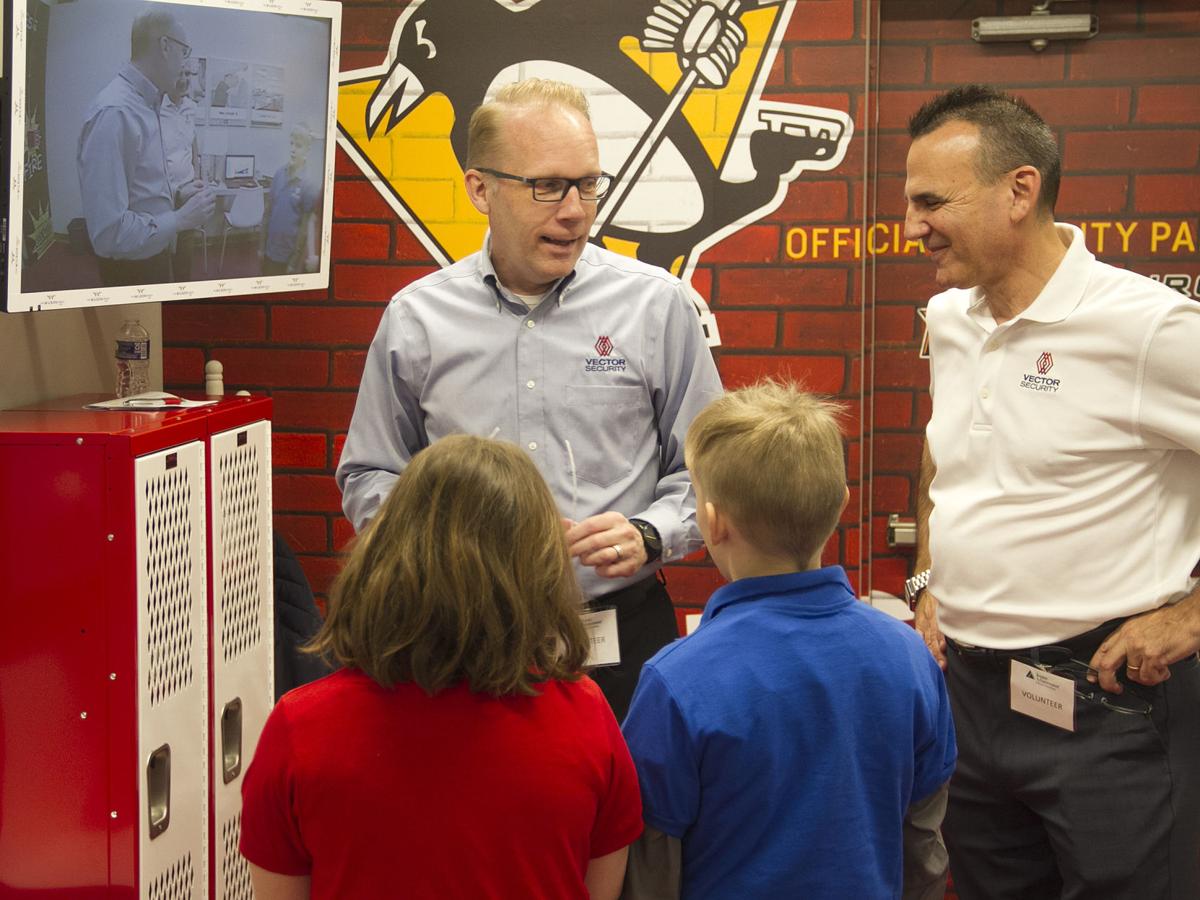 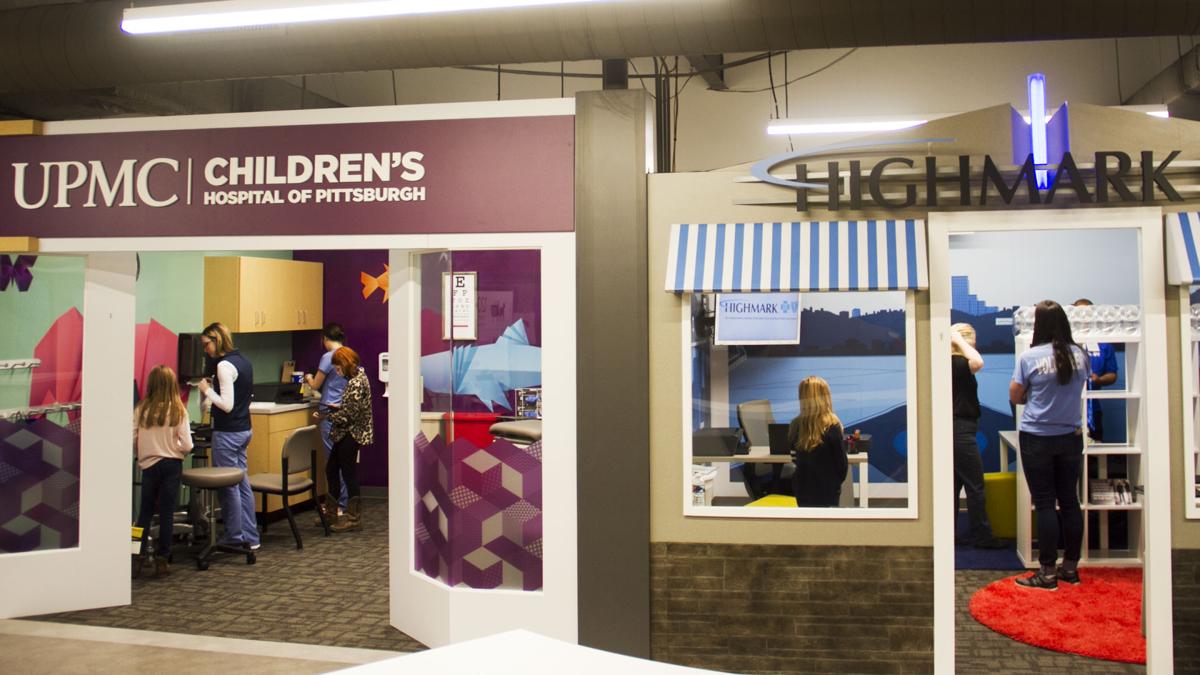 Industry rivals have a working relationship at JA BizTown. 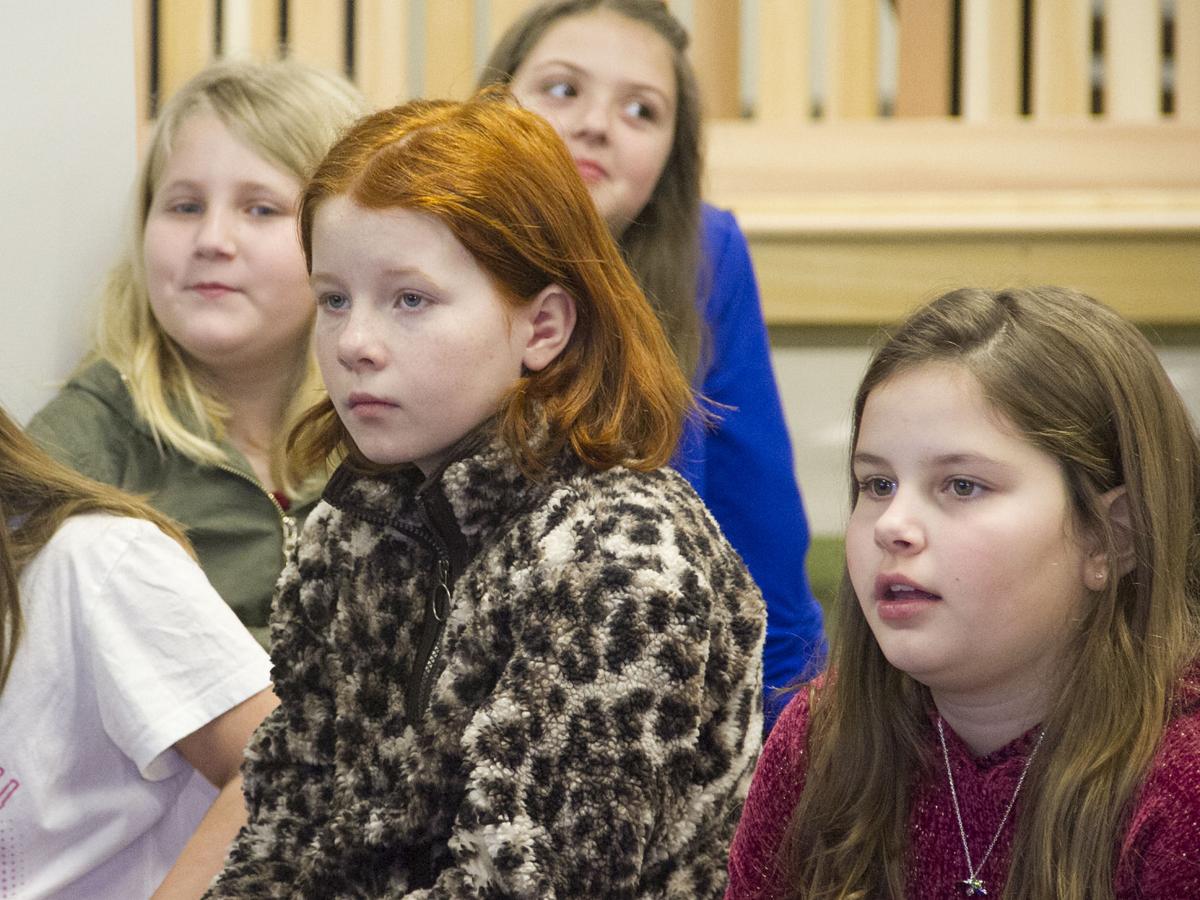 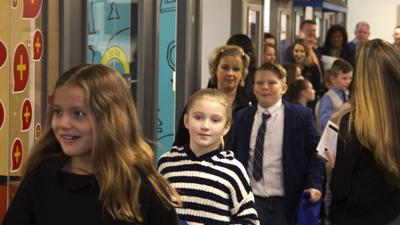 Maura Teti, director of the educational Capstone programs at Junior Achievement of Western Pennsylvania, talks with students before they report for “work.”

Greg Gold, owner of Miller’s Ace Hardware in Peters Township and Bethel Park, awaits students in a miniature version of his stores.

Denee Cabbagestalk, scholastic outreach and education supervisor for the Allegheny County Sanitary Authority, is ready for the students' arrival at JA BizTown.

Gwen Rodi, president of the South Fayette Township Board of Commissioners, speaks during the opening ceremony.

Industry rivals have a working relationship at JA BizTown.

“They had those ‘ah-ha!’ moments of ‘oh, this math, I actually need to know this and apply it to the real world,’” teacher Lizi Miller said.

That’s pretty much the purpose of JA BizTown, which simulates the day-to-day functions of thriving communities, focusing to a large degree on how businesses fit into all of that.

Prior to arriving, the youngsters and their teachers put in 11 weeks’ worth of preparation as per the JA BizTown curriculum.

“It was a true challenge for them to take on all of the roles and responsibilities to run a town, and they did a marvelous job. They accepted the challenge and ran with it 100%,” Miller said, with their education resulting in one especially valuable ability. “They can fill out checks and balance their registers much better than many adults, I’m sure.”

“Then we did some mock interviews, like a speed round of interviews. And then we actually interviewed them,” Miller said. “We sat down and tried to fill 79 positions based on their interests and skill levels.”

“When they’re little, they’re exposed to police officers and nurses and teachers, and at kindergarten, that’s what they want to be,” she said. “This gives them the opportunity for exposure to what the real world is going to be like, at a much earlier age, and it’s just been a phenomenal experience for them.

“I think it’s brought out quite a few leaders, too,” Fleck continued. “Kids stepped up who might not normally have had that type of a role.”

Her school has been involved with Junior Achievement for the past decade.

“We celebrate JA Day every year, and have volunteers from our community come in and expose students to their professions,” she said. “So BizTown was an extension of that and really went to a whole other level for learning.”

When the students arrived Tuesday, they were given a brief orientation before reporting for “work.”

Maura Teti, director of the educational Capstone programs at Junior Achievement of Western Pennsylvania, explained the roles of adult volunteers at BizTown.

“They’re here to guide you today. They’re not running these businesses for you,” she said. “They will assist you and answer any questions you have, but they will not do your work for you.”

She also told the students what to expect.

“You’ll be doing things today that your parents, all your volunteers, all of the adults in your life do every single day,” she said. “It might be a little hard. But it’ll be really fun, and you’ll learn a lot.”

One of the volunteers for opening day was Greg Gold, who co-owns the Miller’s Ace Hardware stores in Bethel Park and Peters Township.

“I had a chance as a volunteer with Junior Achievement to be part of the capital campaign for when we started talking about BizTown, and in doing so, we were the fifth storefront that decided to sign on as a sponsor,” he said. “From an Ace Hardware standpoint, we couldn’t think of a better way to be involved in the community. It’s a great opportunity for us to help the students with workforce readiness and career development. So I’m excited to see them come in today.”

Before the students arrived, a grand-opening celebration was held, featuring remarks from local, county and state officials, along with members of the business and education communities. Among them was Gwen Rodi, president of South Fayette Township Board of Commissioners.

“I am so thrilled that Junior Achievement decided to choose South Fayette as their location for BizTown. I was here for the groundbreaking when it was just a bunch of dirt,” she said, referencing the April event that had soil and shovels brought into the building for the occasion. “And it has really far exceeded my expectations for what they were able to bring.”

Mel Washington, chief risk officer for TriState Capital Bank and chairman of the Junior Achievement of Western Pennsylvania board, provided acknowledgements and gratitude to those who helped bring BizTown to fruition.

“They stuck with this, believed in Dennis’ vision,” he said about JA president and chief executive officer Dennis Gilfoyle, “and got us to where we are today.”

Washington also encouraged everyone in attendance to help spread the organization’s message.

“JA BizTown is open, and we want students to come in,” Washington said. “And I can’t wait to see the first students’ eyes as they walk in and see what this group of people can put together to help them continue in their success.”