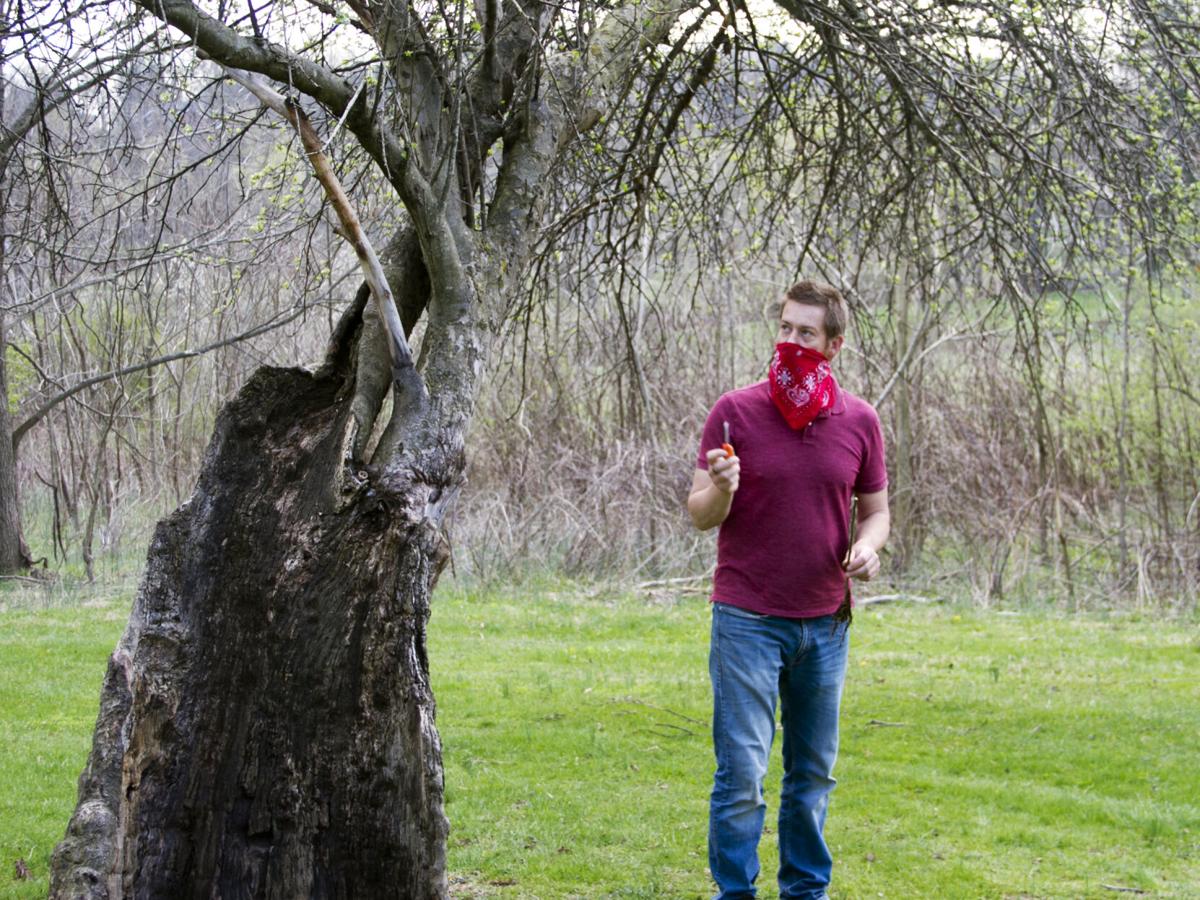 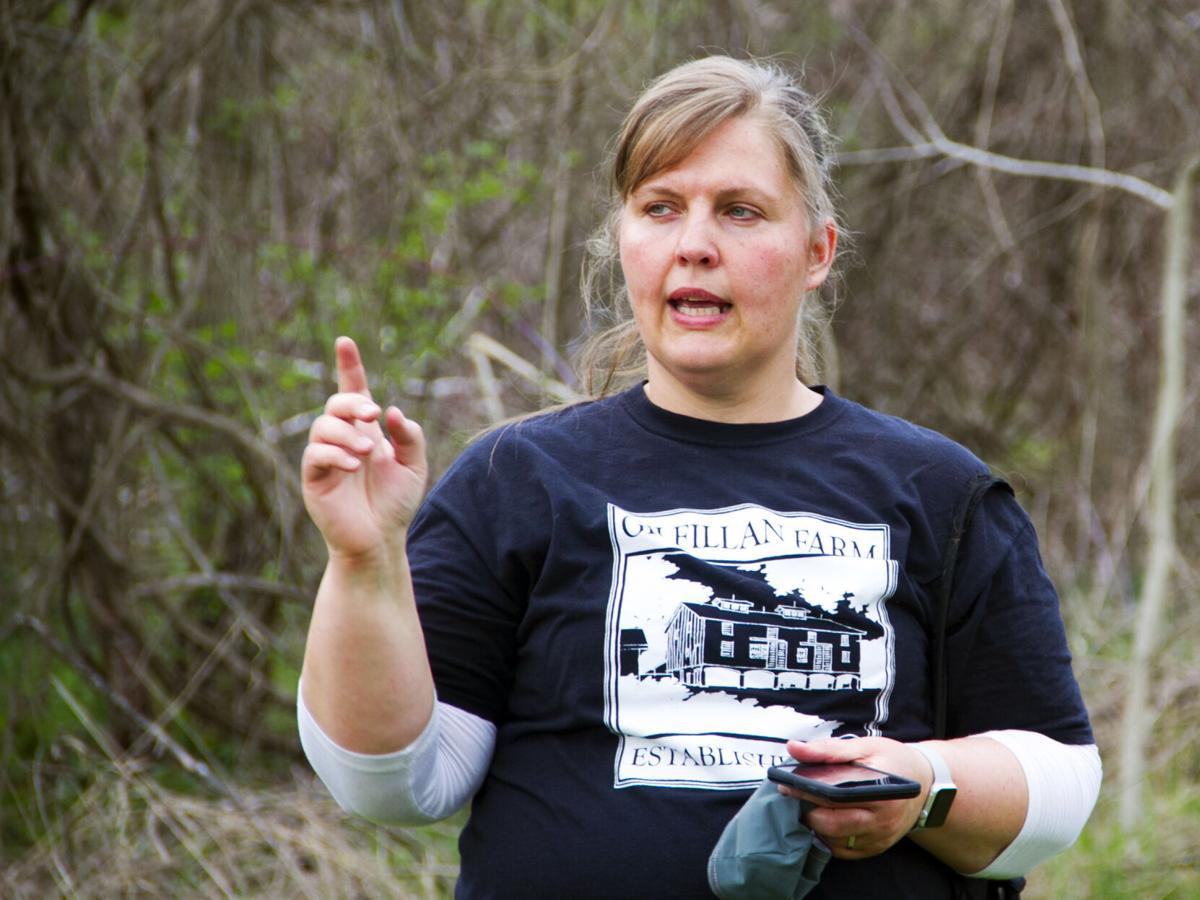 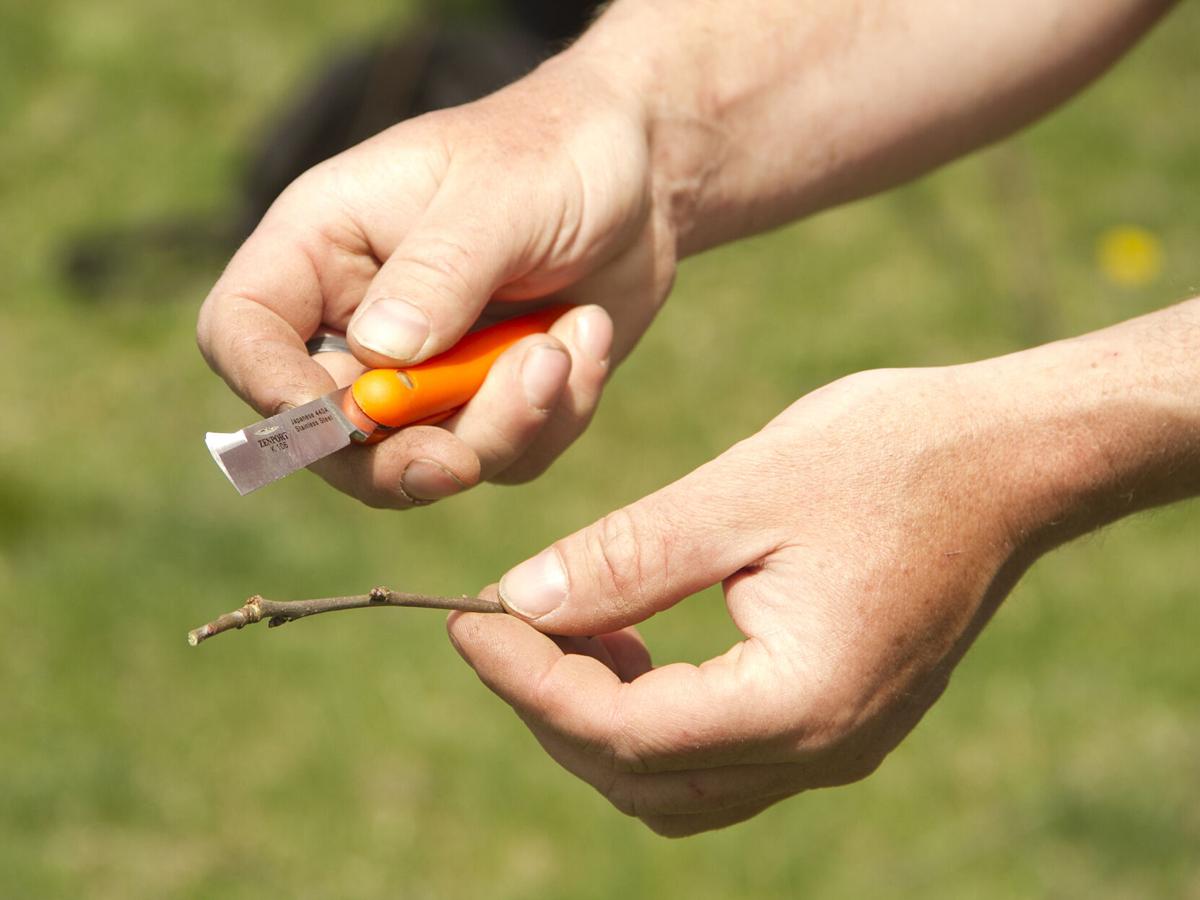 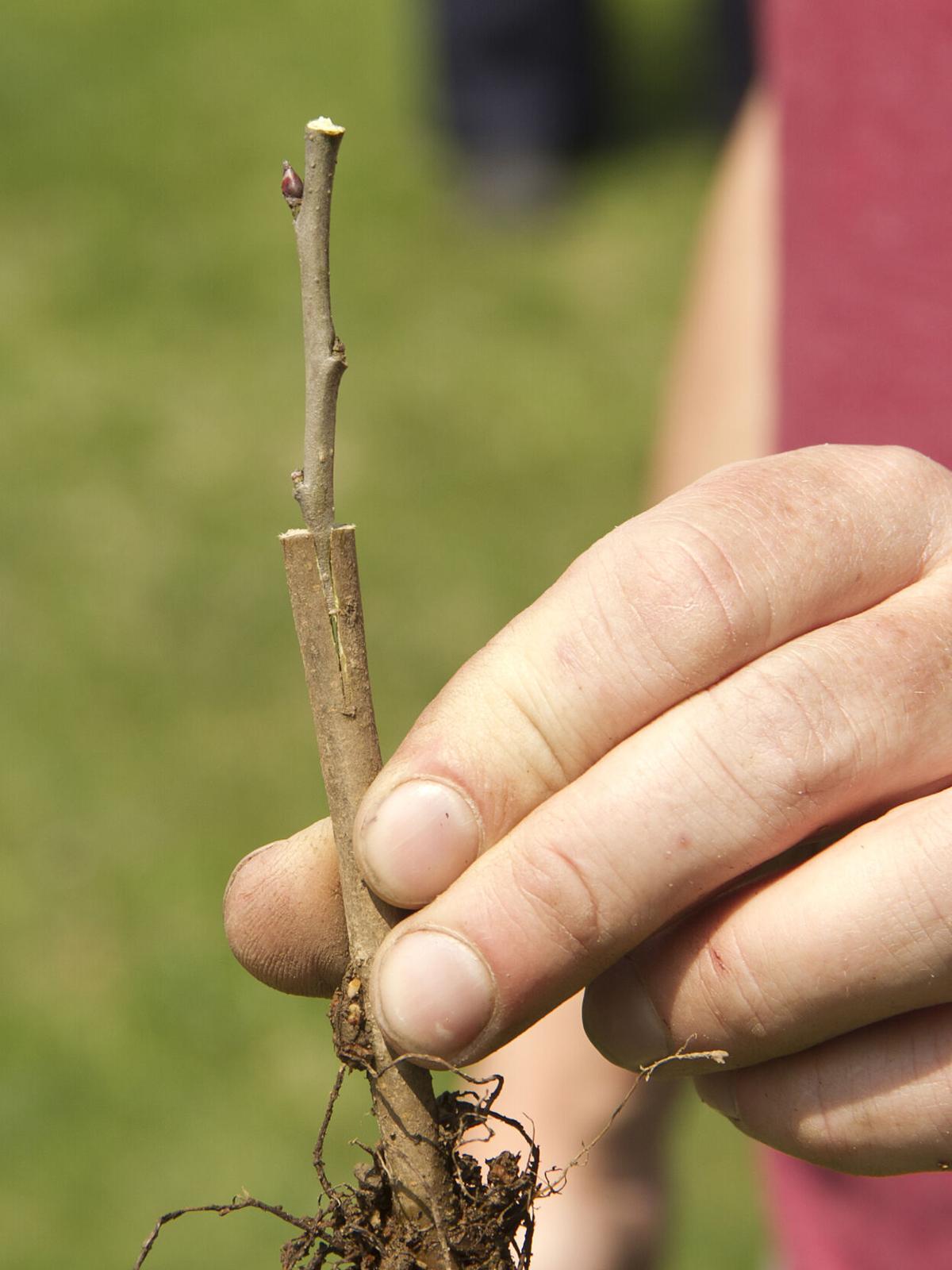 Chris Kubiak shows an example of a cleft graft, with a piece of the Gilfillan Farm apple tree placed in the middle of the rootstick limb. 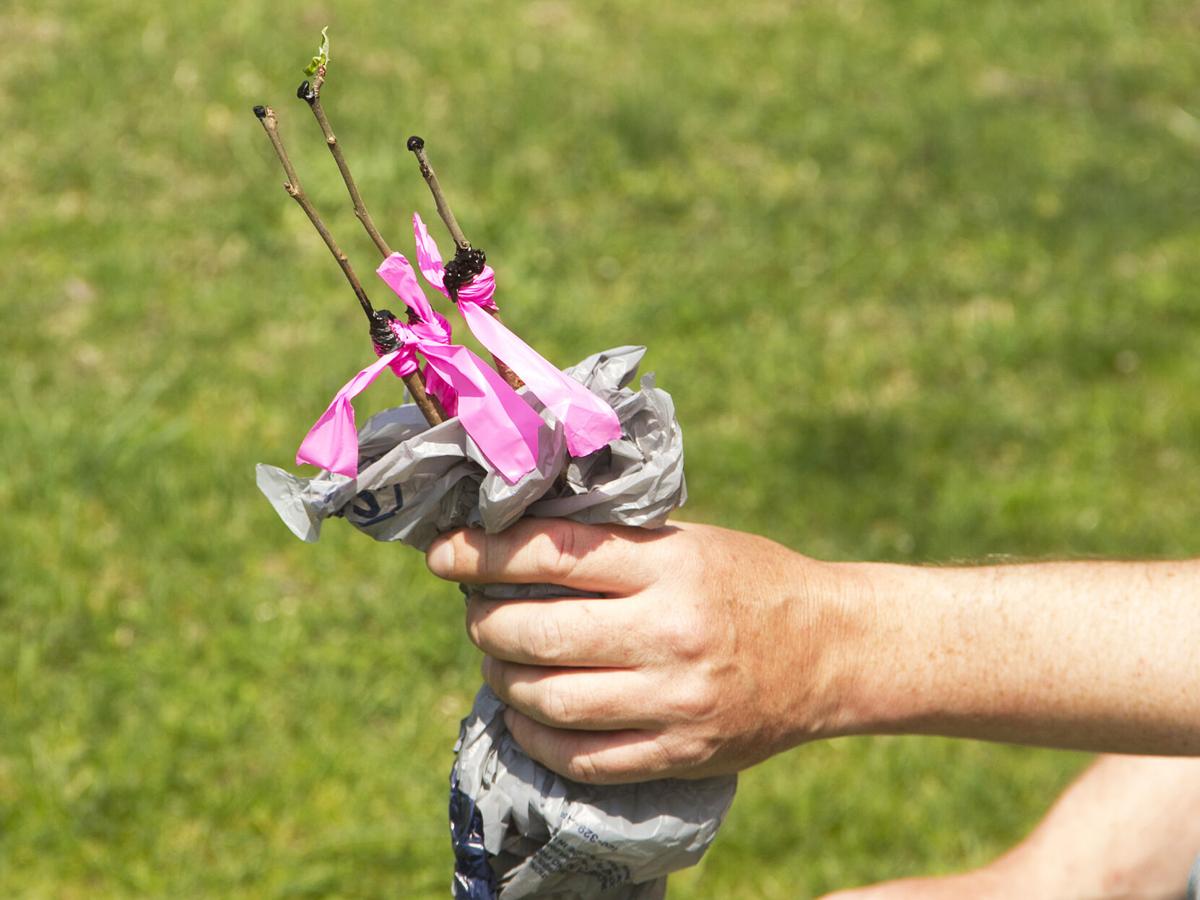 Three clones are ready for planting. 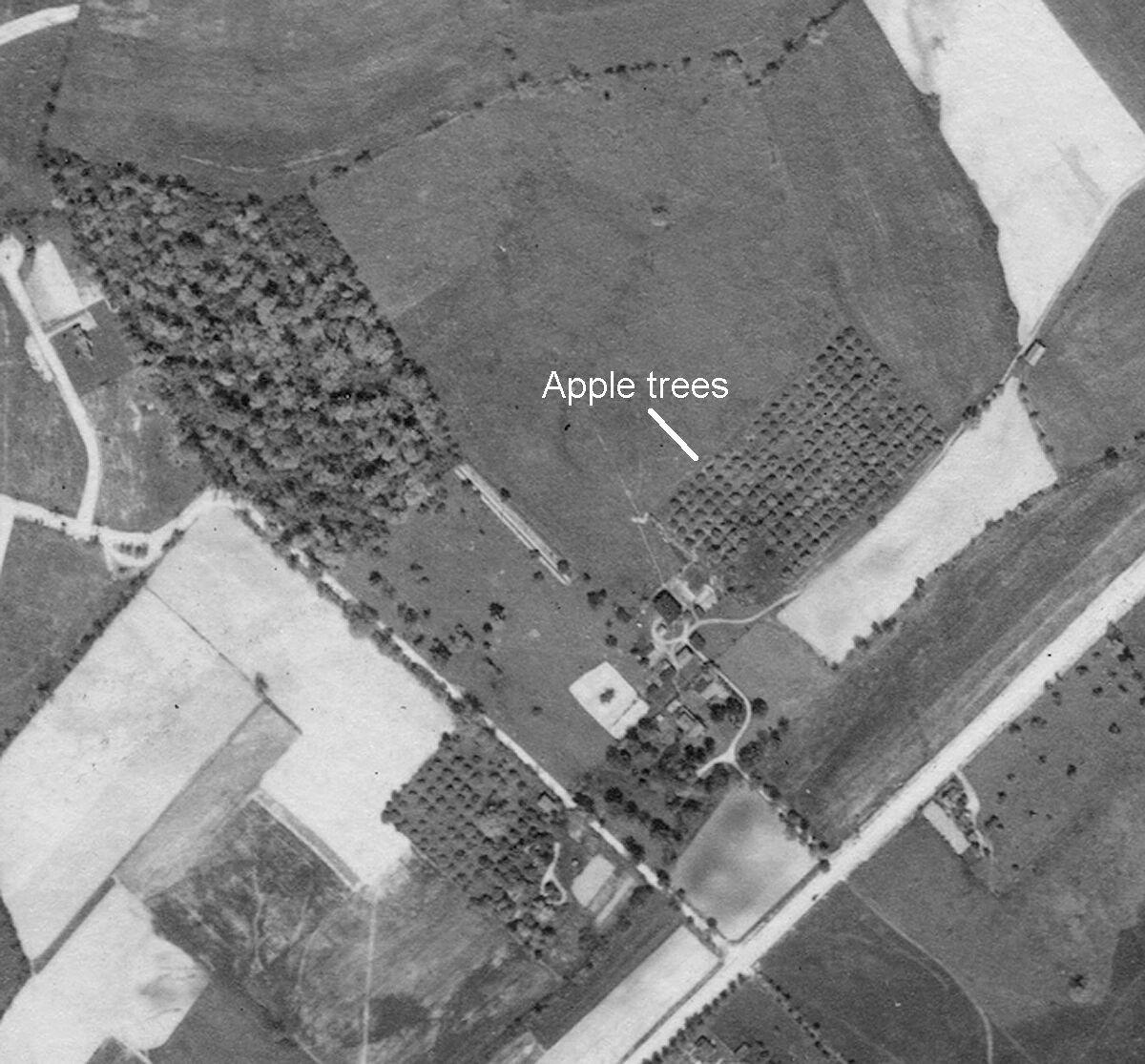 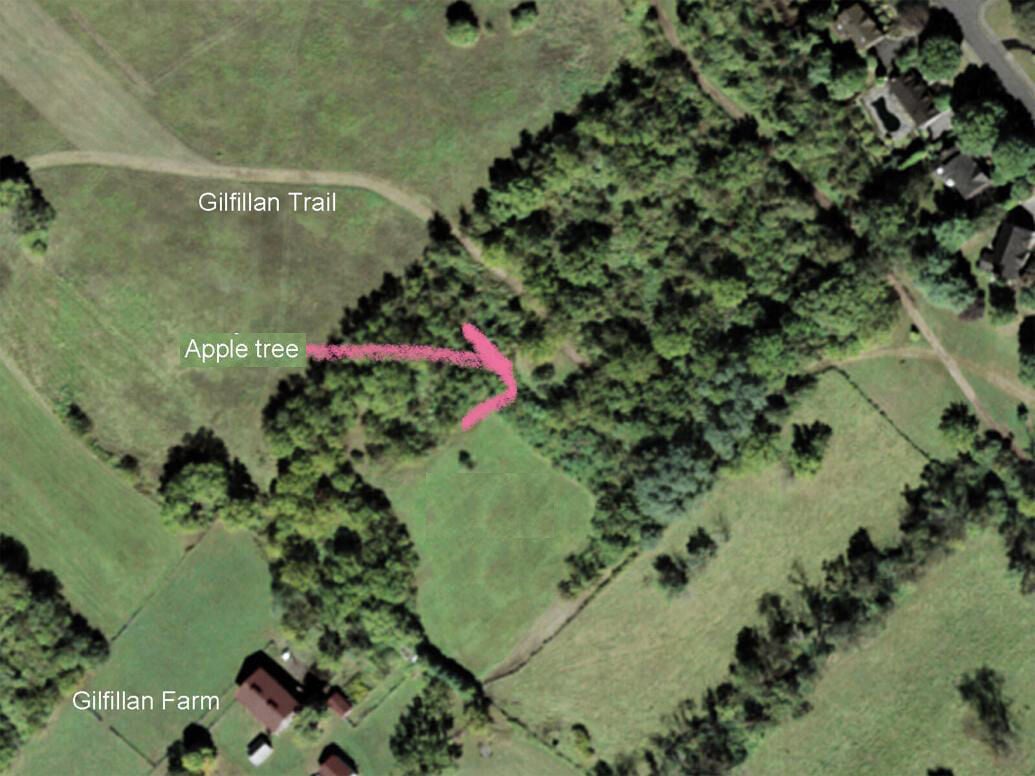 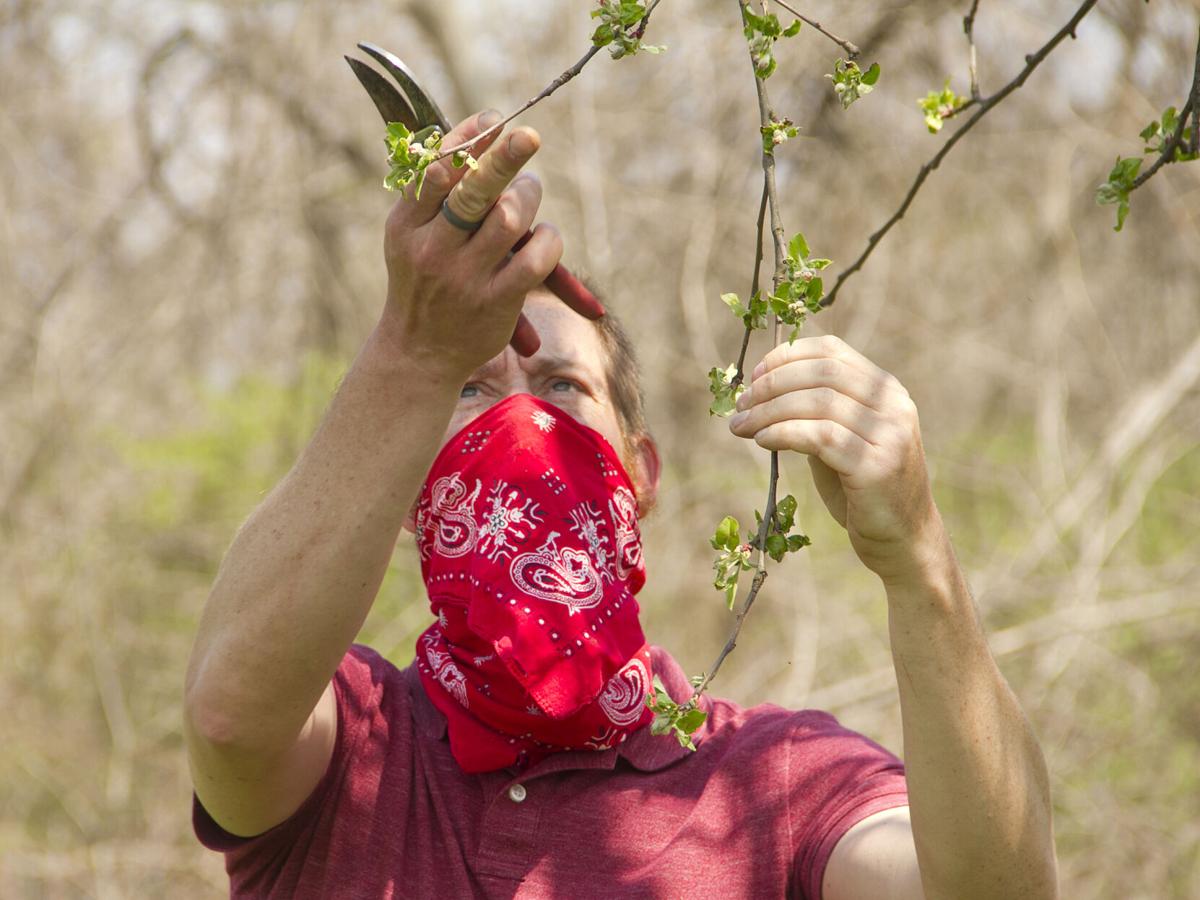 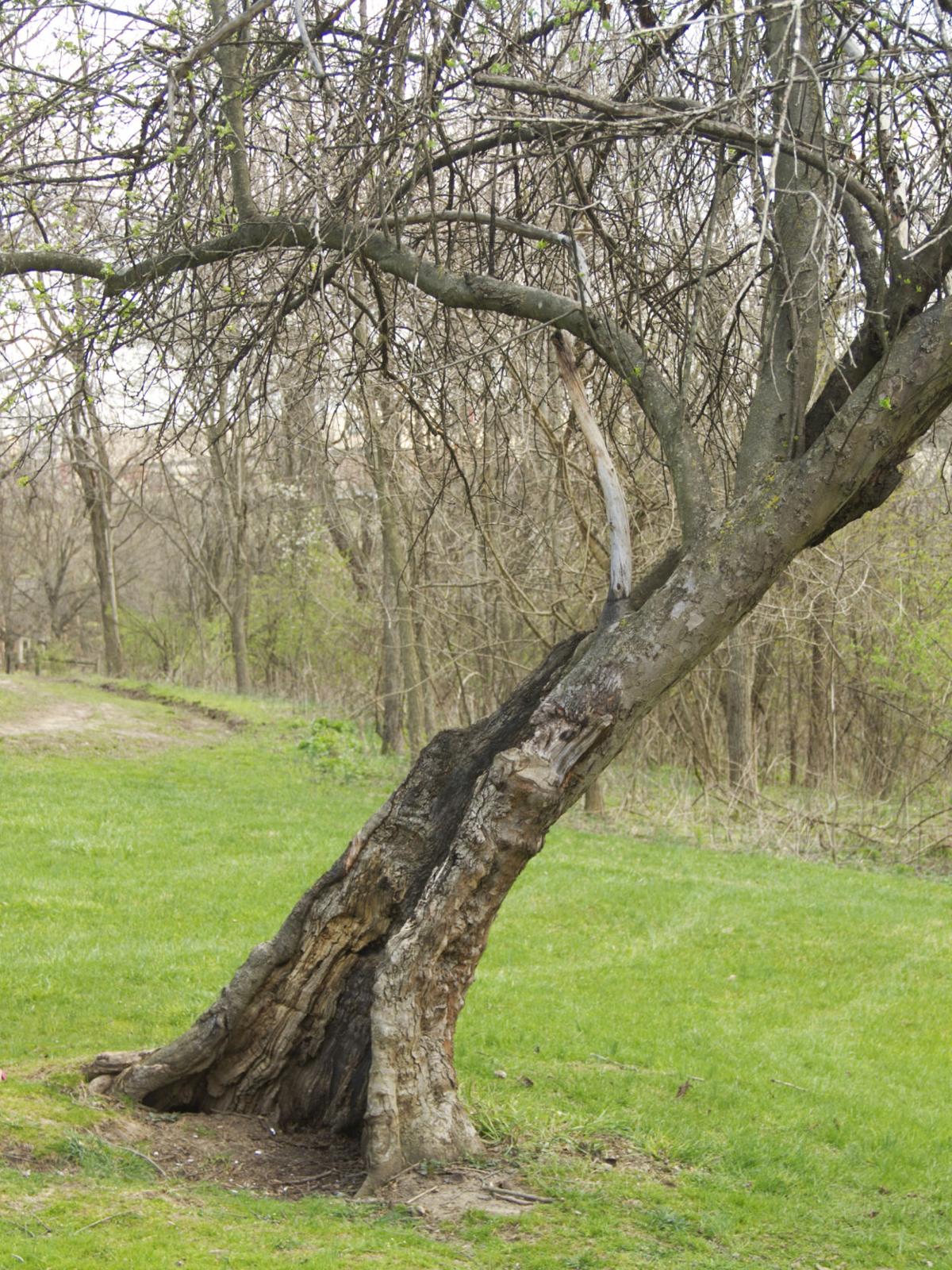 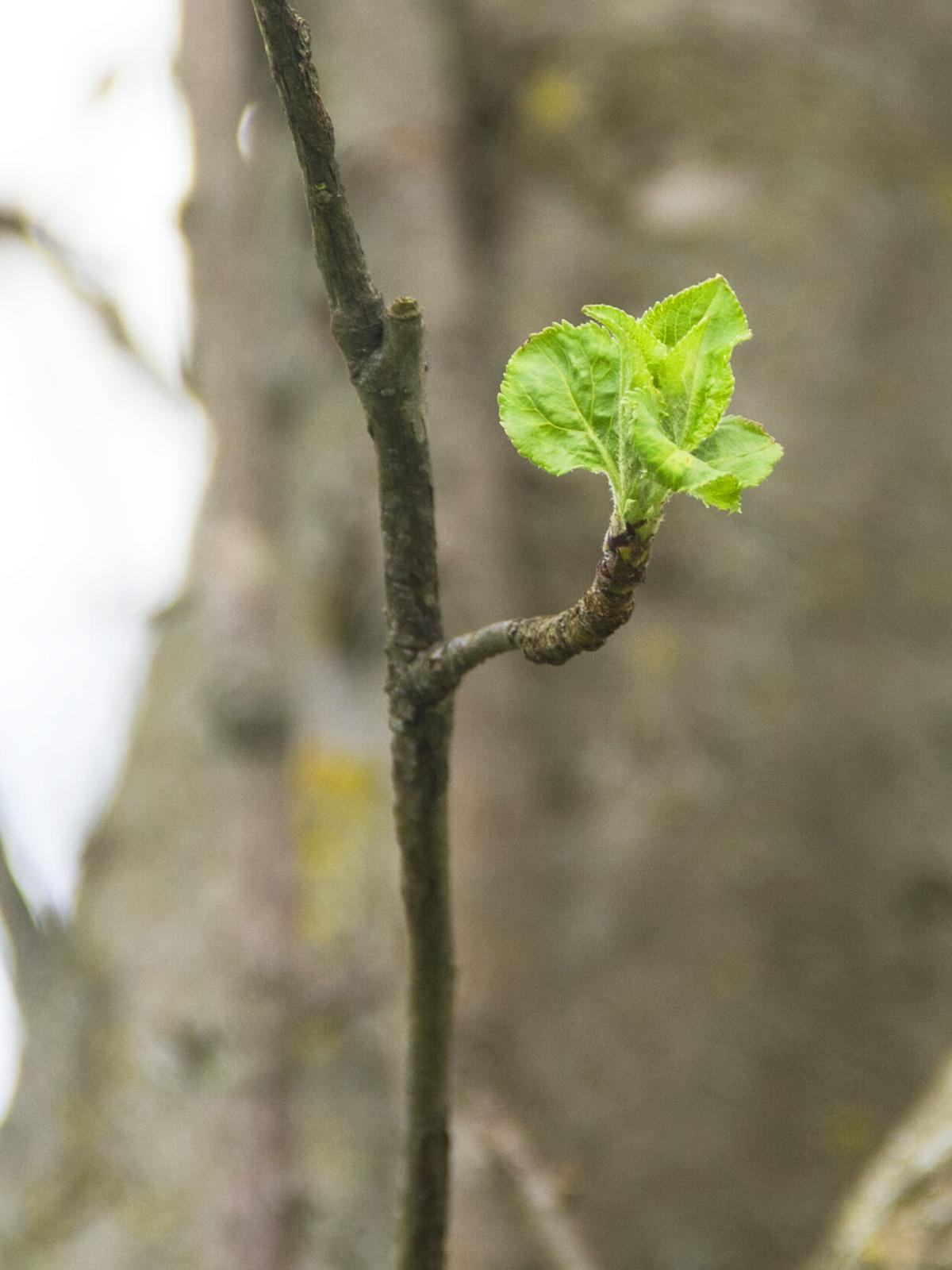 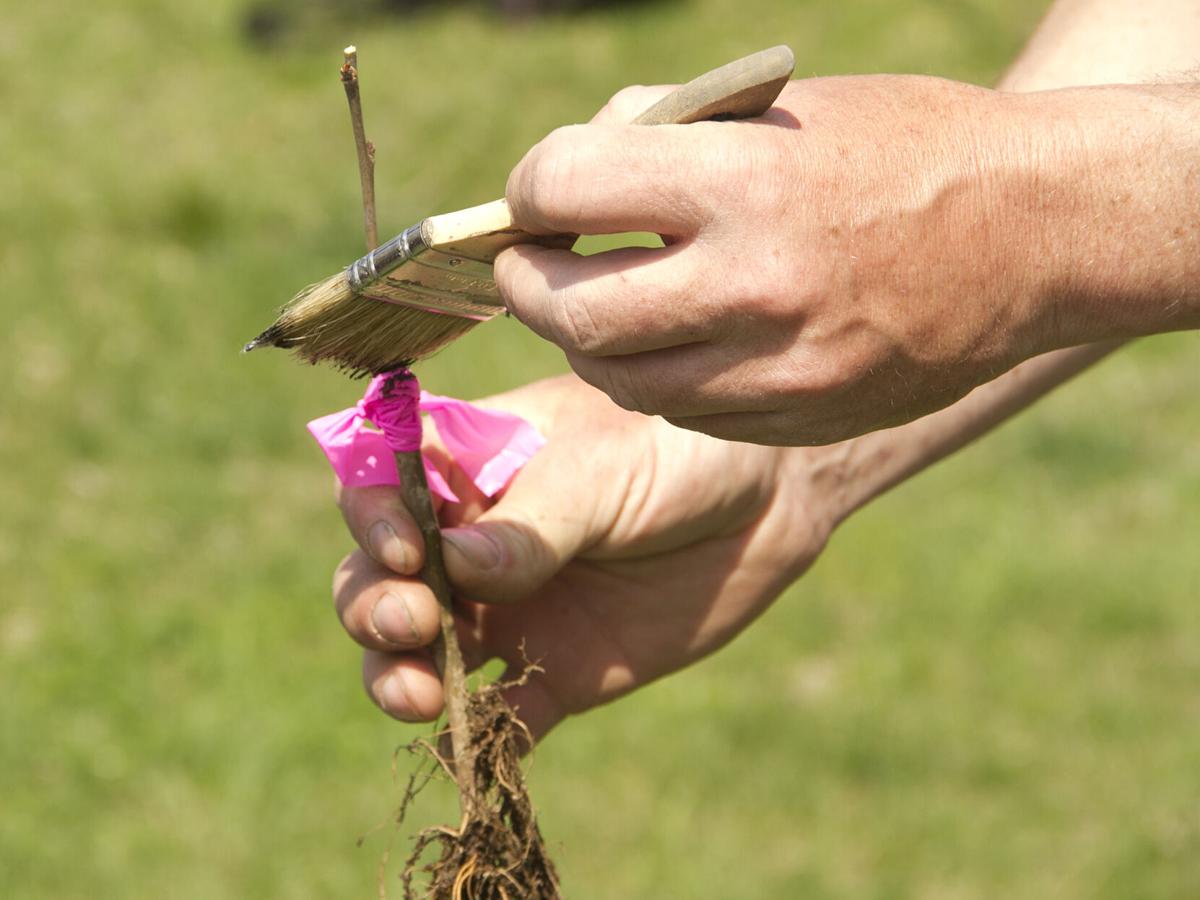 Chris Kubiak applies sealant as part of the grafting process. 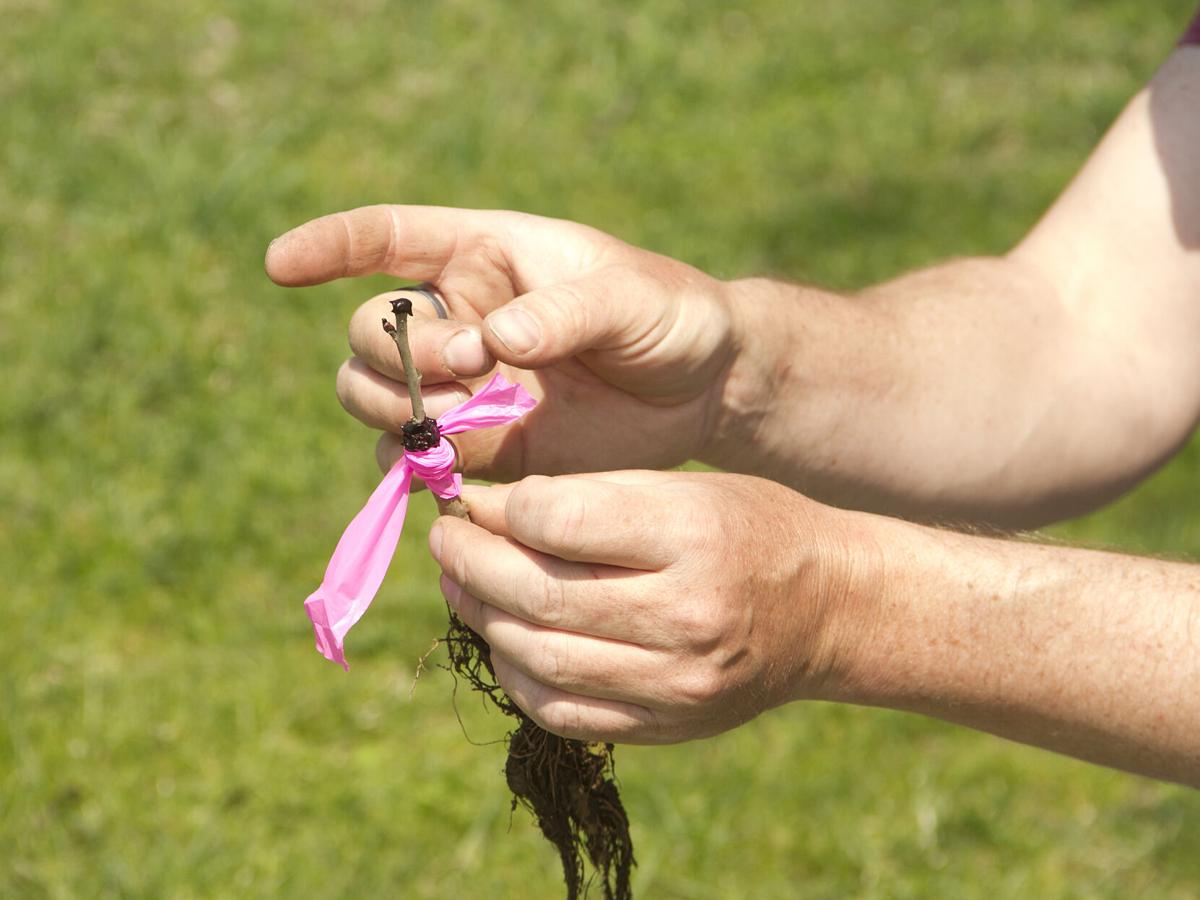 Ribbon and sealant help bind the rootstock limb to hold the tree scion.

Chris Kubiak applies sealant as part of the grafting process.

Ribbon and sealant help bind the rootstock limb to hold the tree scion.

During the Great Depression, as the story goes, residents of the nearby Beadling neighborhood would walk through Upper St. Clair’s Gilfillan Farm on their way to various destinations.

“They came to the Gilfillans and said, ‘Hey, can we pick up all of the apples that have fallen onto the ground?’” family scion Rachel Carlson said. “And Margaret supposedly told them, ‘Take as may apples as you want. But if we ever find that you were selling the apples, that’s a different story.’”

Apparently, neither Margaret Gilfillan nor her housemate brothers ever heard anything of the sort.

“That entire winter, the Beadling community lived off of apple everything,” Carlson said.

Today, Gilfillan fruit isn’t feeding anyone. Remaining from an orchard of 60 or so apple trees in the 1930s is just a single sad-looking specimen, bent significantly toward one side with a hollowed-out trunk on the other.

But thanks to the efforts of a self-professed “apple geek,” up to 15 new trees could be on the way.

Chris Kubiak, director of education for the Audubon Society of Western Pennsylvania, visited Upper St. Clair on an unseasonably warm spring afternoon to start the process while demonstrating grafting techniques for several observers, including students from local schools.

His mission is to produce what effectively are clones of the sole survivor to grow on the farm’s remaining 15 acres, owned by the Historical Society of Upper St. Clair, for which Carlson serves as president.

Using a seriously sharp stainless-steel knife made especially for grafting, Kubiak showed how to attach budding branches from the apple tree to rootstock, the part that is planted.

“This is actually a specialized skill,” he said. “I taught myself how to do this, but it was a lot of trial and error. It’s way easier to put a seed in the ground, put a fence around it and forget about it.”

Seedling apples, though, represent an example of extreme heterozygosity, basically meaning they inherit none of the DNA from their parent trees.

“Every single apple seed in this tree would be a new variety, each seed, completely different,” Kubiak said, and that applies to seeds everywhere.

“When you go to the store and buy apples, you’re essentially having cloned apples from that original,” he said. “Macintosh grew one time, and that was in Ontario. People liked it enough that they’ve been cloning it. So every single apple comes from that original tree.”

His deep-seated interest in apples extends to other facets of the fruit’s history, such as its use primarily for making hard cider – everyone drank it, including the under-21 crowd – during the United States’ formative years.

And he likes to debunk the myth of John Chapman’s alter ego, Johnny Appleseed, as some kind of altruistic spreader of botanical goodwill. According to Kubiak, Chapman was a businessman capitalizing on a certain requirement associated with 19th-century land grants.

“To prove that you were going to stay, and you weren’t just some squatter or someone taking advantage of someone who owned the property, you had to plant apple trees or fruit trees,” Kubiak said. “He knew if he went out ahead of where a settlement was, he could make money on people who had to prove that they were settling and staying.”

Regarding the history of the last Gilfillan apple tree, Kubiak estimated it to be about 120 years old and explained the probable cause of its disheveled appearance.

“Apples and some other trees, when they get really old, they rot from the inside, because the only thing alive is a skinny layer called the cambium,” he said, and that layer surrounds the woody cellulose, which makes up the bulk. “The living frame is around the bones. Think of it that way.”

And regarding the newly grafted clones, Kubiak plans to return in the summer to make sure they’re doing OK, just as any “apple geek” would.