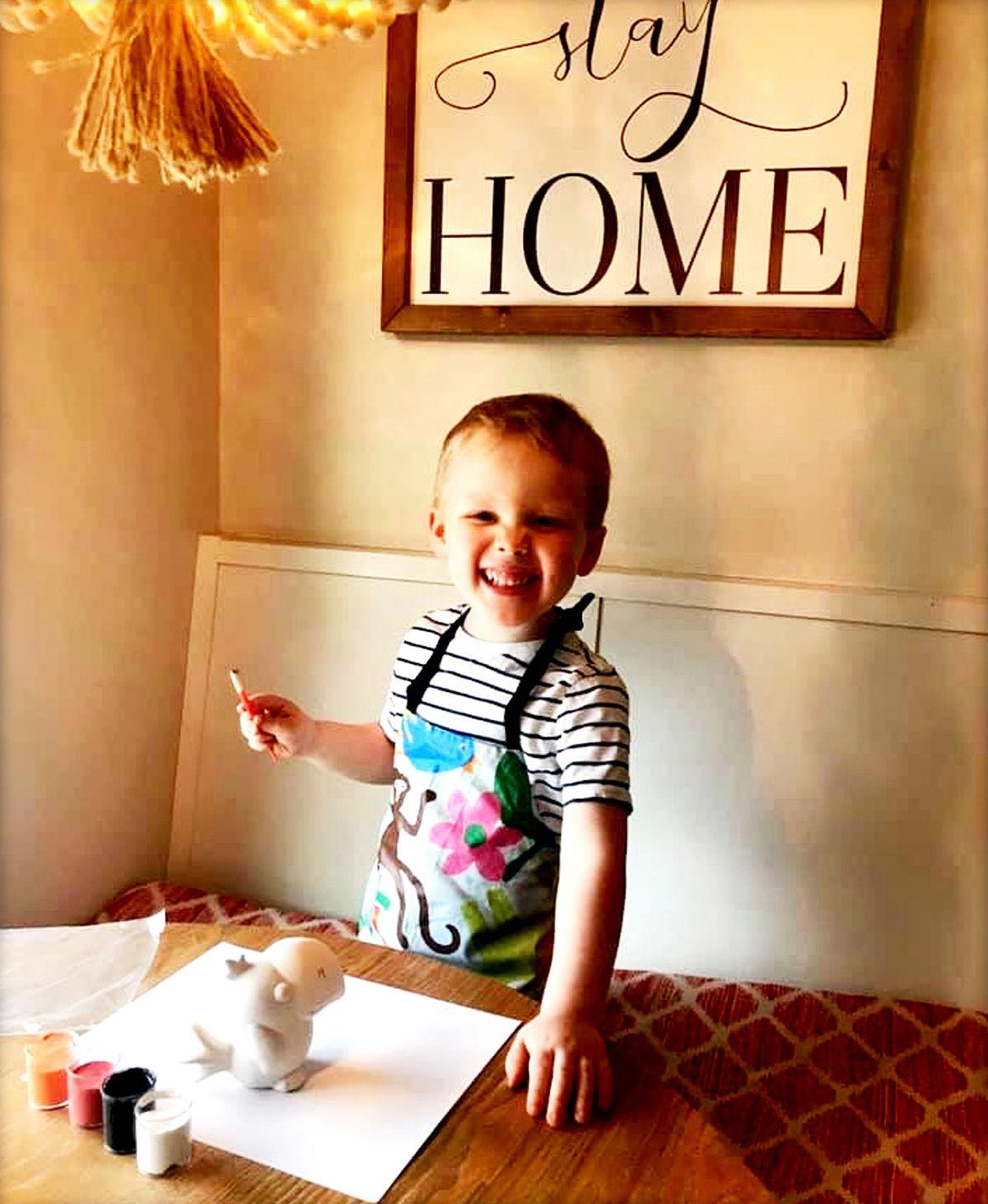 The child of a Fired Up Pottery Studio customer works on a project at home. 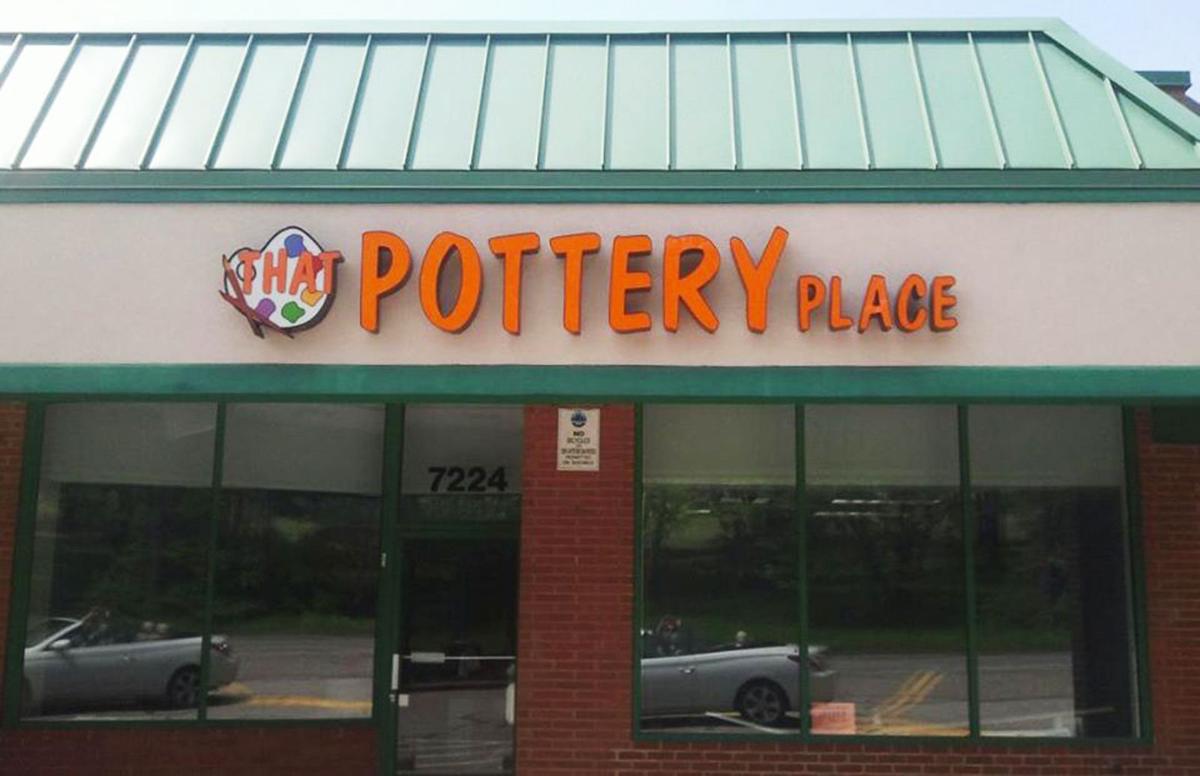 That Pottery Place in Bethel Park

The abrupt changes to everyday life caused by the potential spread of novel coronavirus put the owner of Fired Up Pottery Studio and her staff members on high alert.

“We were trying to brainstorm on what we could do to basically keep in business, because if we’re only walk-in and walk-ins are shut down, then the business is shut down,” Debra Bracco said. “So we thought, what about pottery to go? And then we took it to the extra step and said, curbside pottery to go.”

Normally, customers of the Peters Township business pick out items they’d like to paint, stay on the premises to do so, and then pick up the finished products after they’ve been fired in a kiln.

“We came up with the idea that you can pick whatever it is you want – we’re not going to relegate you to just this dragon or just that princess – and we will pull it from the shelf with you on the phone. We’ll go over all of the color. We’ll pack it up. We’ll call you when it’s done,” Bracco said.

Customers then can call to notify the studio they’ve arrived.

In Bethel Park, Aimee Arthurs is taking a similar approach with her business, That Pottery Place.

“We give you six paints that we can take home with you and brand-new brushes that no one else has touched,” she said. “We box it all up in a to-go kit, and then you just call us when you’re outside and we bring it to your car.”

With schools closed throughout Pennsylvania, the pottery-to-go concept is receiving a warm reception.

“The response has been overwhelming,” Arthurs said. “Everyone has been extremely kind. Everyone has said, ‘You know, we really need to rally around small businesses at this time, and family-owned places.’”

That goes for Fired Up Pottery, as well.

“The parents are loving it. They are so thankful that there are things to do,” Bracco said. “It’s really going to help us, and at the same time, it helps them.”

“Do it when you want. You’re up at midnight and feeling like painting? Have at it,” she said. “Kids are driving you nuts at 11 a.m.? Pull out the paint.”

In addition to offering drive-up service, the studio remains open, with some modifications.

“We’re practicing social distancing. Normally, we seat 64 people. We have 16 tables, and I’ve blocked off every other table to give people a six-foot radius,” Bracco said. “And we tell them, ‘Leave everything on your table. Whatever it is you touch, leave it there. It’s the only way we can disinfect it to put it back.”

She plans to adapt as necessary, as did That Pottery Place, which for the time being is takeout only. Customers can order their supplies online or by phone.

“I did anticipate this happening so I did pre-stock, which could have gone horribly wrong,” Arthurs said. “But hopefully, it’s going to go well.”