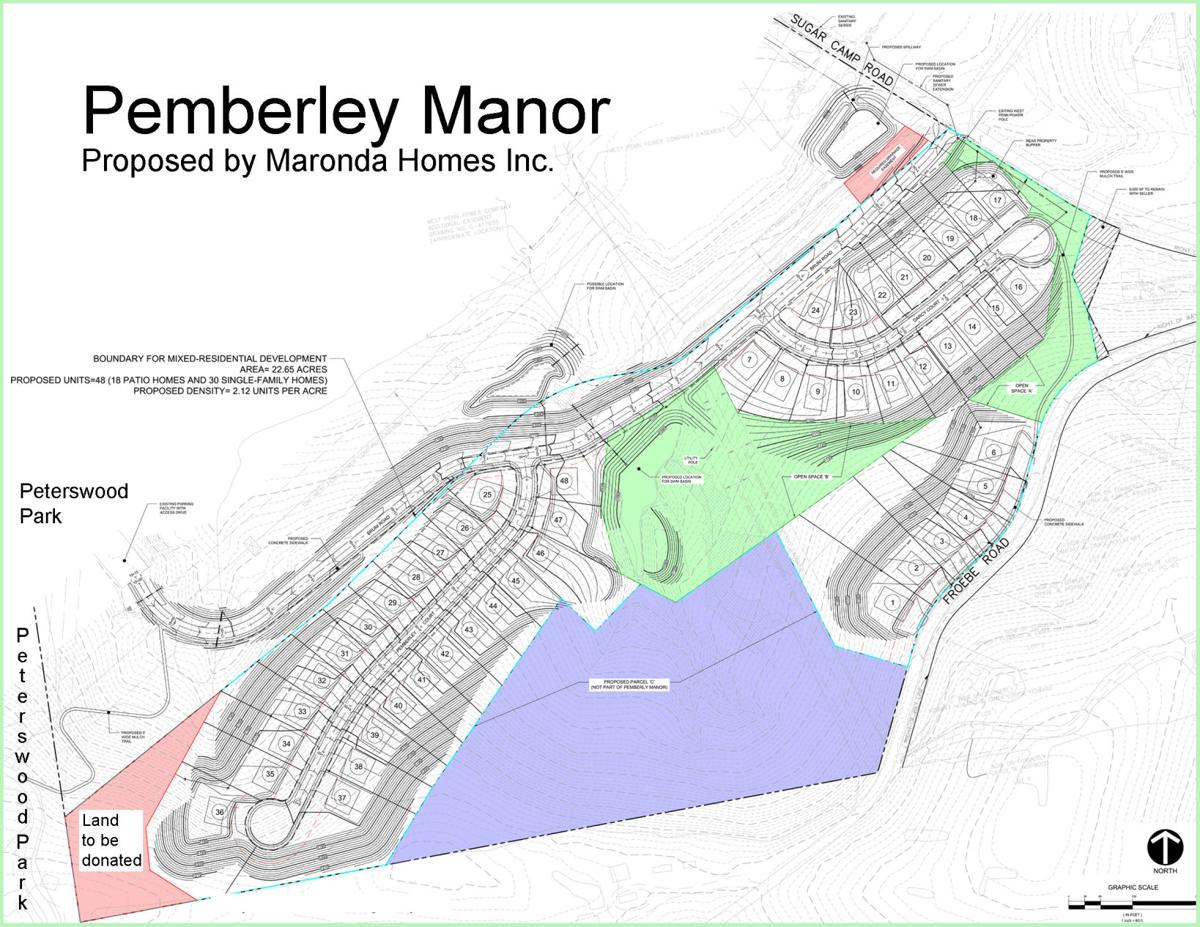 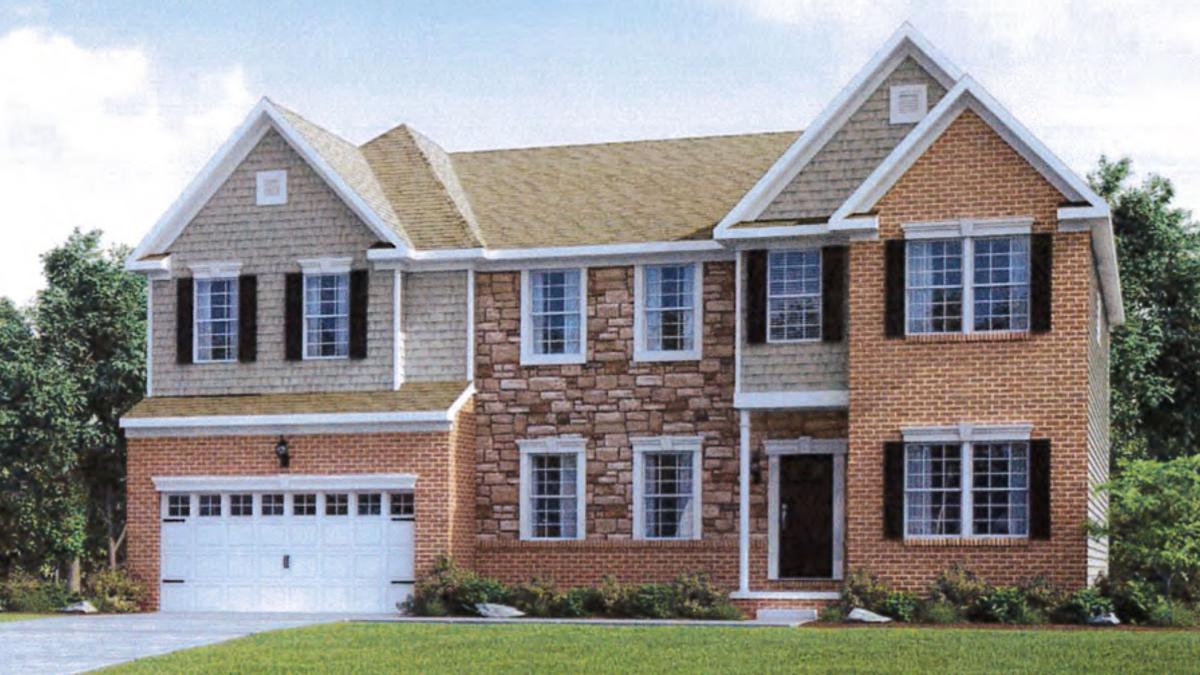 “The Kennedy” is one of Maronda Homes Inc.’s design styles included with information about Pemberley Manor submitted to Peters Township.

A 48-unit residential development could be on the way for 36 acres between Sugar Camp Road and Peterswood Park.

On Monday, Peters Township Council unanimously approved a departure of regulations from the prescribed length of a cul-de-sac as a step toward Maronda Homes Inc.’s eventual development of Pemberley Manor, which also would abut Froebe Road.

According to plans that have been submitted to the township, a street within the development to be called Pemberley Court would terminate in a cul-de-sac 820 feet from its intersection with Bruni Road, which is to provide access to the plan from Sugar Camp. The applicable township regulation permits a maximum length of 600 feet.

Plans also call for an 850-foot stretch of Bruni Road to extend west from Pemberley Court to Peterswood Park, primarily for use by emergency vehicles.

“We don’t want this to be a public road because it enters into the park and into parking lots, and I don’t think it’s in the interest of the park to do that,” township manager Paul Lauer told council members.

He said he talked about the concept with Peters Township Fire Department Chief Michael McLaughlin, who “is of the opinion that this, in essence, accomplishes what his concern would be, which is to provide a second access within a reasonable distance.”

“What they intend to do to the benefit of the township, and we have no way to require this, is to do all the permitting, engineering design and grading needed to have that roadway put in,” Lauer said. “We would be responsible for paving it, and if the township chooses to have a sidewalk along there, installing that sidewalk, as well.”

In July, Peters Township Planning Commission voted to recommend council approve the cul-de-sac modification, with the condition Maronda cover 70% of the Bruni construction costs. That portion has been modified since, according to Pat Cooper of Gateway Engineers, which is working with the homebuilding company on the project.

“We’ve agreed to do more of the infrastructure than discussed at the planning commission meeting, and it’s more than 80%, probably closer to 85,” he told council.

The cul-de-sac modification represents one of many steps that Maronda must follow, leading up to final approval by council, in bringing Pemberley Manor to fruition as a mixed-residential development of 18 patio homes and 30 single-family homes.

“This is the fourth developer who’s attempted to develop this piece of property,” Lauer said. “The property, by its nature, is challenged both in terms of its shape and its topography.”