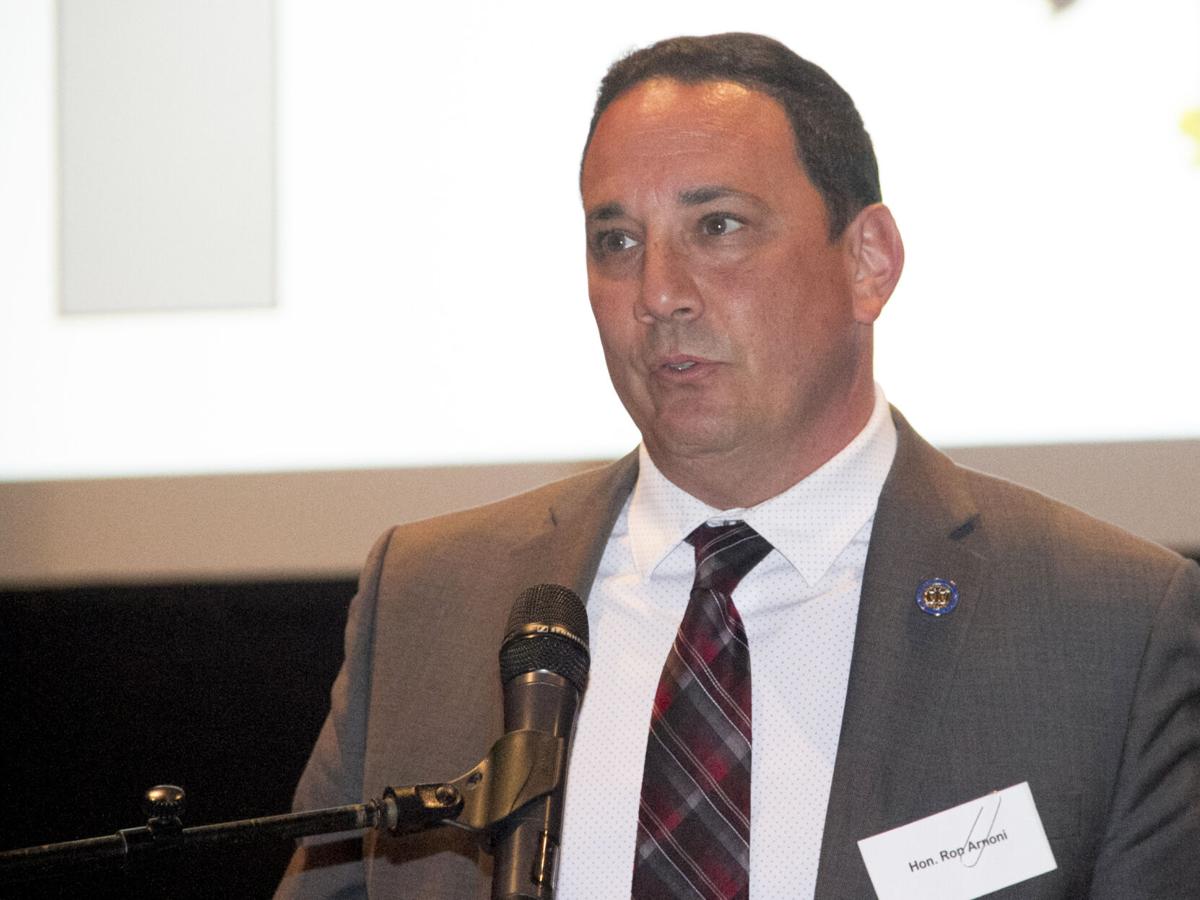 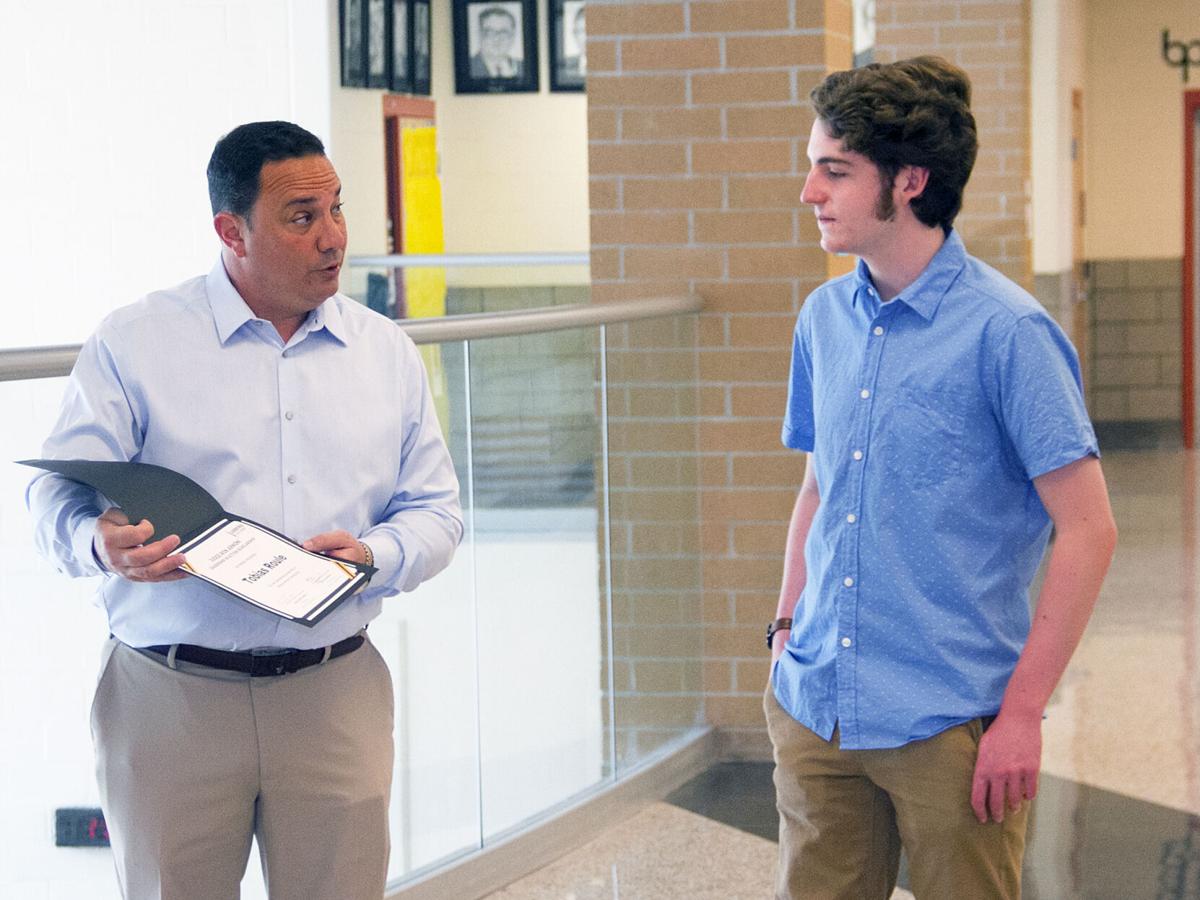 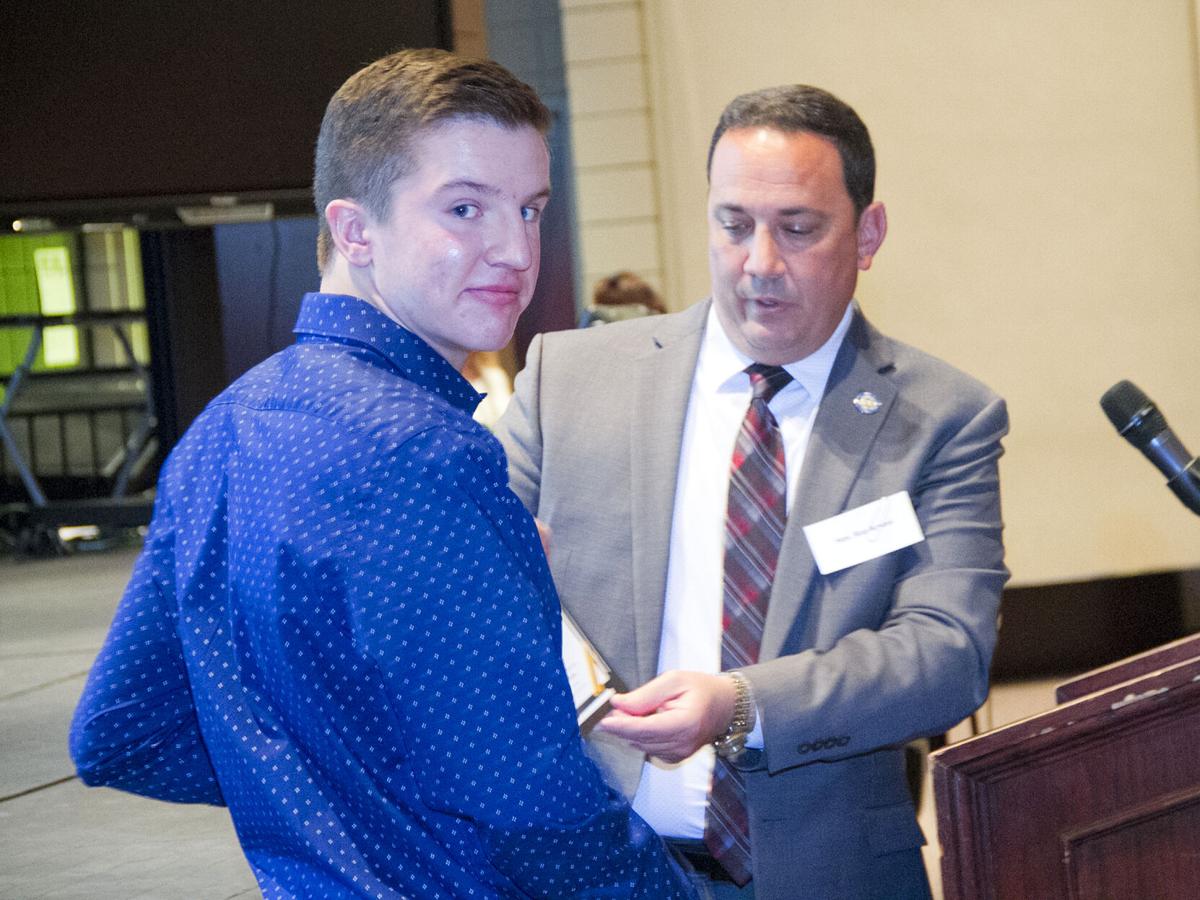 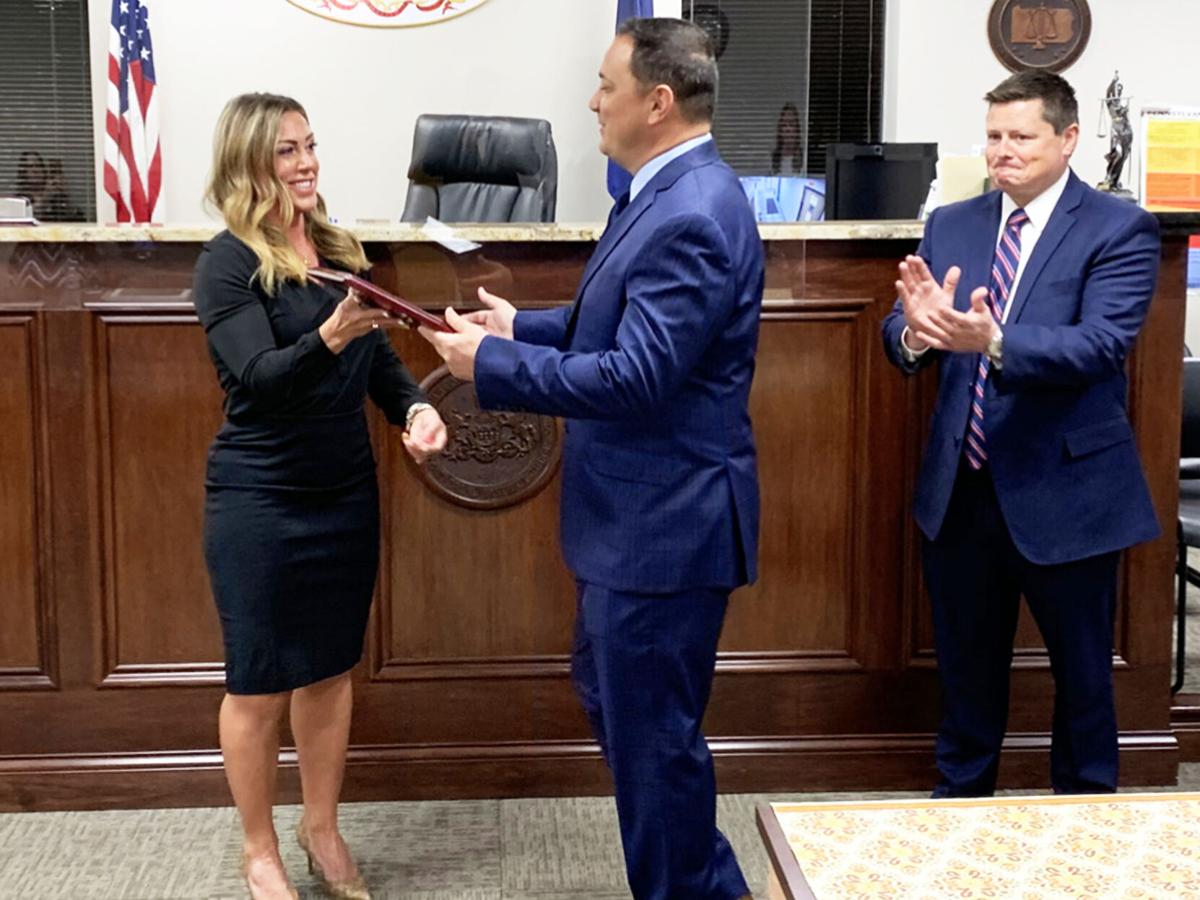 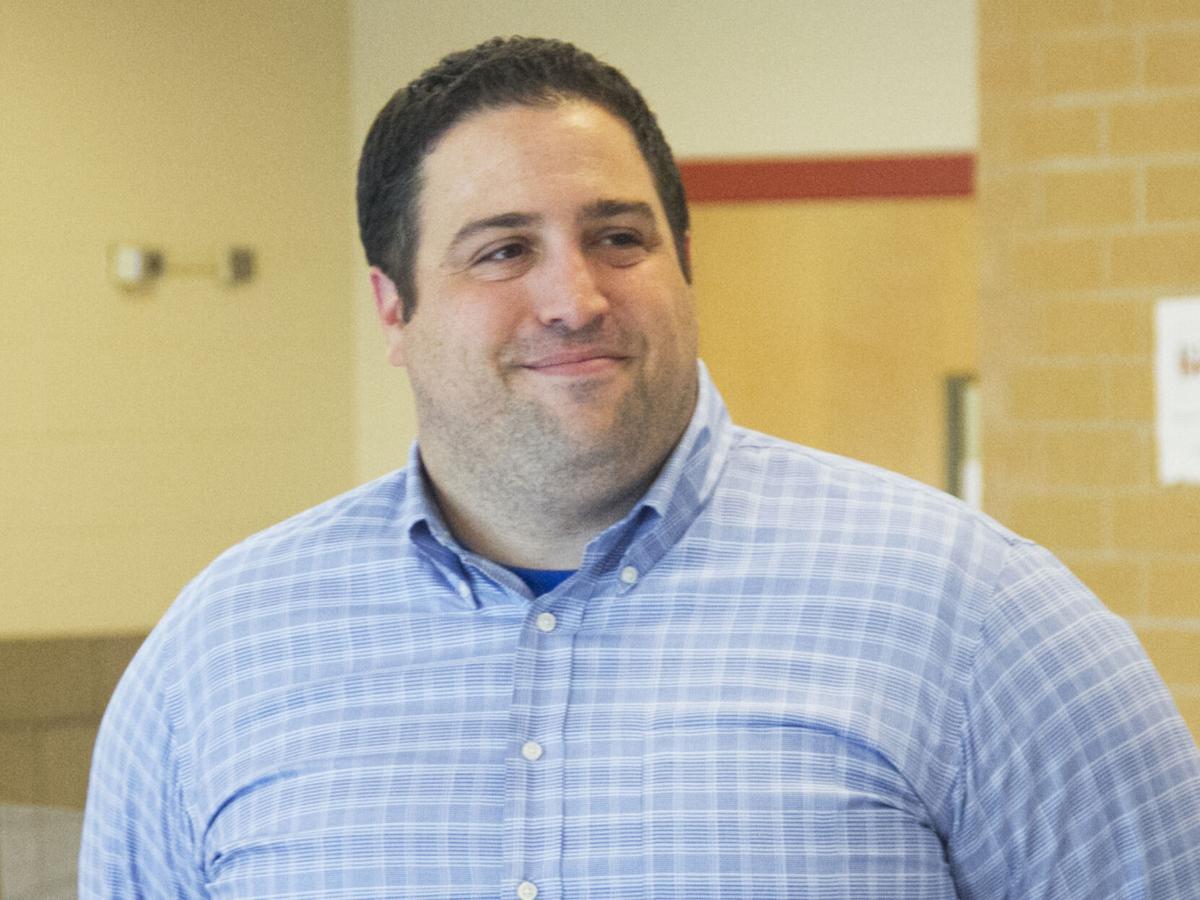 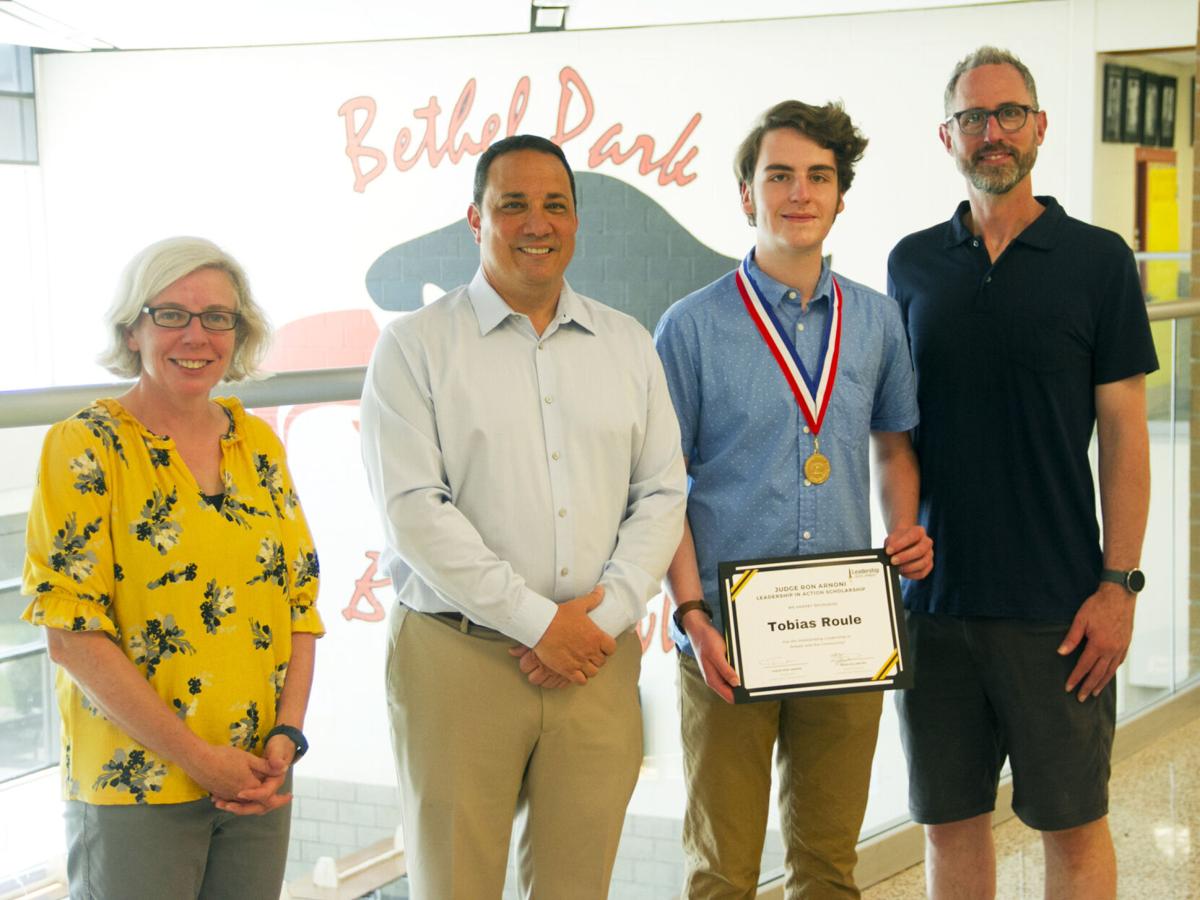 Toby Roule and his parents, Jen and Tom, are greeted by District Judge Ron Arnoni at Bethel Park HIgh School.

Toby Roule and his parents, Jen and Tom, are greeted by District Judge Ron Arnoni at Bethel Park HIgh School.

When it comes to meeting people, District Judge Ron Arnoni always prefers for it to occur in places away from his courtroom.

And so he was pleased to make the acquaintance of two high school seniors for the purpose of recognizing their achievements, presenting the first Judge Arnoni Leadership In Action scholarships to Owen Mann of Upper St. Clair and Toby Roule of Bethel Park.

The scholarships are given in conjunction with Leadership Development LLC, founded by Arnoni and Upper St. Clair High School graduate Brad Killmeyer with the goal of steering students toward lives of fulfillment.

“We want to recognize you and your generation and the young people in our community, because you’re the next leaders,” Arnoni said while presenting Roule with his award at Bethel Park High School.

A National Merit Semifinalist, Roule served on the Student Government Executive Board and was part of a group that created a COVID-19 dashboard for the school. He is in the marching band and stage crew, was inducted into the National Honor Society and has participated in many service projects, including volunteer work toward his Eagle Scout award.

Roule, who is studying toward working in the field of aeronautical/aerospace engineering, was selected for the scholarship at the recommendation of Bethel Park High School faculty members.

“He is the student who starts the conversations. He’s the one who includes everybody, whether they’re a freshman, sophomore, junior or senior,” Principal Joe Villani said. “When you look at leadership through action, his actions speak louder than any words.”

Arnoni presented Mann with his scholarship during Awards Night for seniors in the Upper St. Clair High School Theater.

Mann is a member of National Honor Society and runs cross country and track. He also has participated in Future Business Leaders of America and has an International Baccalaureate certification.

He is a nominee for U.S. Air Force Academy, and plans to major in business and study supply chain management.

Along with presenting awards, Arnoni also was a recipient, with the Domestic Outreach Corp. honoring him with its Judicial Excellence Award. The organization provides psychological and educational services for men and women who must enter a court diversionary program.

According to Jodie Sherman, Domestic Outreach president, many clients have committed crimes such as simple assault, or some type of domestic abuse or violence, and it is the Pittsburgh-based organization’s belief that incidents of domestic abuse can be reduced significantly by having offenders participate in a 24-week group educational program.

“For the past 25 years, our organization has worked directly with hundreds of district judges in the region,” Sherman stated in a news release. “Every year, we recognize a judge who goes above and beyond their role on the bench to positively impact the individuals who enter their courtroom and our communities.”

She cited some examples of Arnoni doing so with regard to cases that have come in front of him.

“I have witnessed many underage drinking hearings in his courtroom. There are quite a few Judges who rush through these sorts of cases, but Judge Arnoni goes the extra mile and talks with each teen,” she wrote.

“He inquires about their grades, school activities, sports and, most importantly their future goals,” she wrote. “Each teen is put on the right path while in his courtroom.”