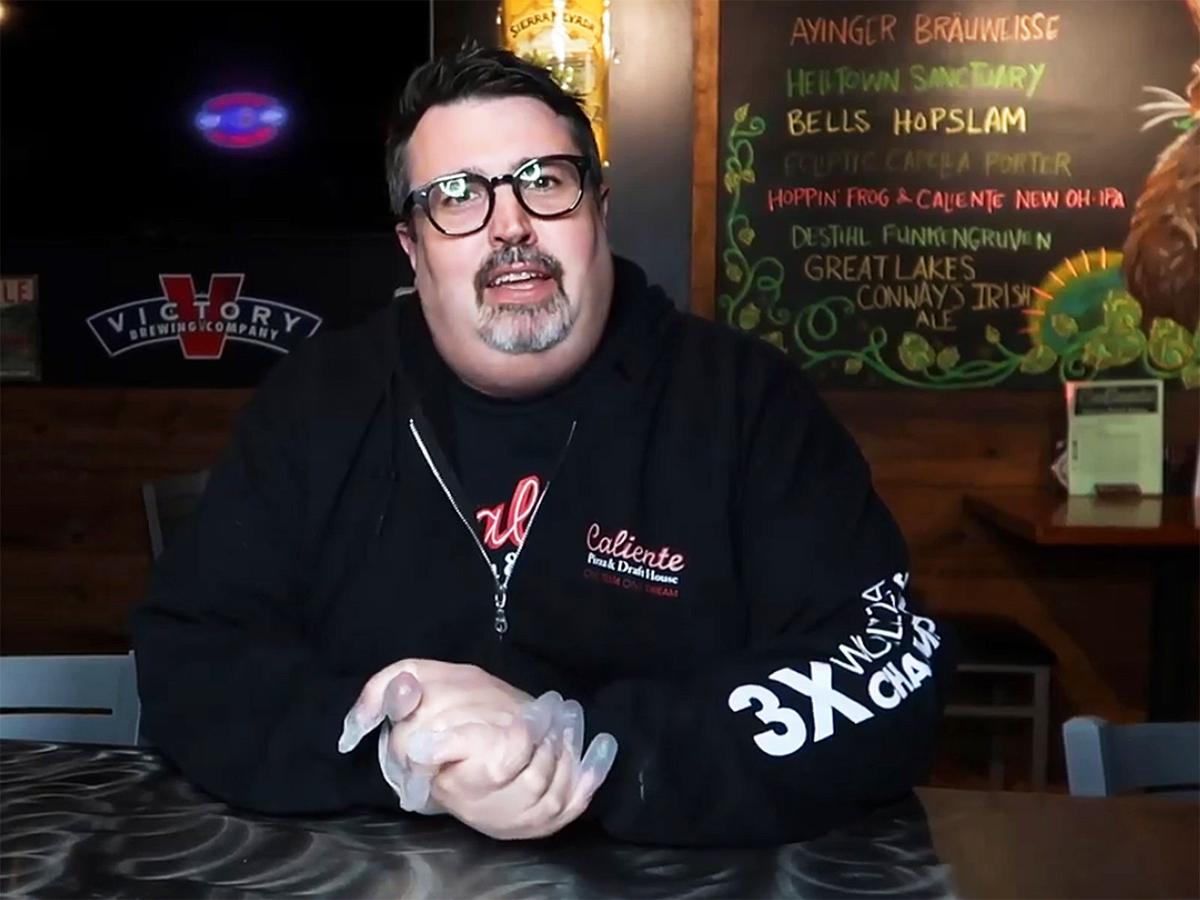 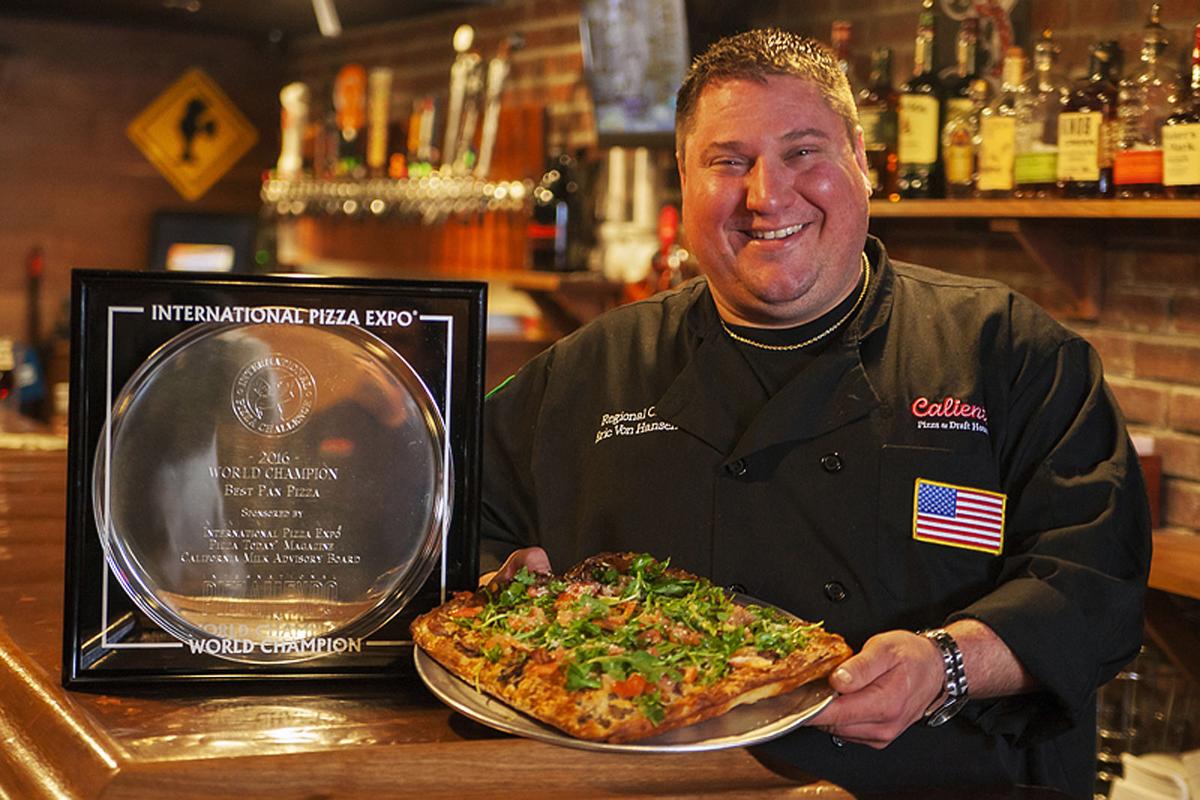 The regular routine was in place for the folks at Caliente Pizza and Draft House.

“Once a year, we do a new menu. We usually start it in December and then roll it out in late February or early March,” owner Nick Bogacz said.

He founded the business in 2012, and it has grown into a five-restaurant chain, including one in Mt. Lebanon.

“We work on it for those two or three months, and then we start to print new menus. Then we adjust the website,” he said. “And the next thing you know this year, six or seven days before we’re ready to launch our new menu, three months’ worth of work, this all happened.”

This year’s scheduled launch, of course, coincided with the start of safety measures to help mitigate the spread of COVID-19, and that meant Bogacz’s restaurants would have to close their dining rooms and bars.

And so a series of selections developed by his regional chef, Eric Von Hansen, are available. As usual for Caliente, the items have been given colorful names for pop-culture references, including Spaceballs, the Pizza and pies named after the movie “Roadhouse,” the’40s-era gangster Bugsy Siegel and the late Hugh Hefner.

“It’s a unique product that wasn’t in Pittsburgh,” Bogacz said. “Our distributor had to bring it in. It’s one that we tested probably for the past year and a half at different shows. We felt like it was the best vegan cheese available.

Caliente has been a frequent participant in industry events and has done quite well with Von Hansen’s creations. The Quack Attack, featuring duck meat, was named Best Pan Pizza at the 2016 International Pizza Expo, and the Mee-Maw, featuring a dozen or so toppings, was acknowledged as the Best Pizza in America in 2019

They are among the delicacies still available, in an altered manner.

“We made sure first off that we were going above and beyond the CDC’s guidelines for being sanitary,” Bogacz said, referencing procedures from the U.S. Centers for Disease Control and Prevention. “We’re just moving forward. We’re trying to make adjustments as the government gives us the updates.”

His restaurants also are participating in philanthropic activities, including one organized through Meal Train, a crowdsourcing platform that helps schedule meal giving for other people. For every $10 raised, Caliente delivered a pizza to a local hospital emergency department.

Bogacz is familiar with the delivery aspect of the pizza business, having started doing so back in the mid-’90s, when he was 17.

“My first Friday, I wrecked the car,” he recalled. “I asked my mom to borrow her car, and then I started delivering for another two or three months and I wrecked her car.”

But despite the early adversity, Bogacz persevered.

“I just fell in love with the team atmosphere of the pizza business,” he said. “I worked my way through it and got to the point where, you know what? I don’t know why it’s pizza, but that’s what I’m good at and that’s what I love. If I’m going to do this forever, I’ve got to do it for myself.”

Caliente’s Mt. Lebanon restaurant opened in 2016. While business has taken a hit as of late and many of his employees are out of work temporarily, Bogacz looks forward to a return to normalcy.

“We just want to get open again.”