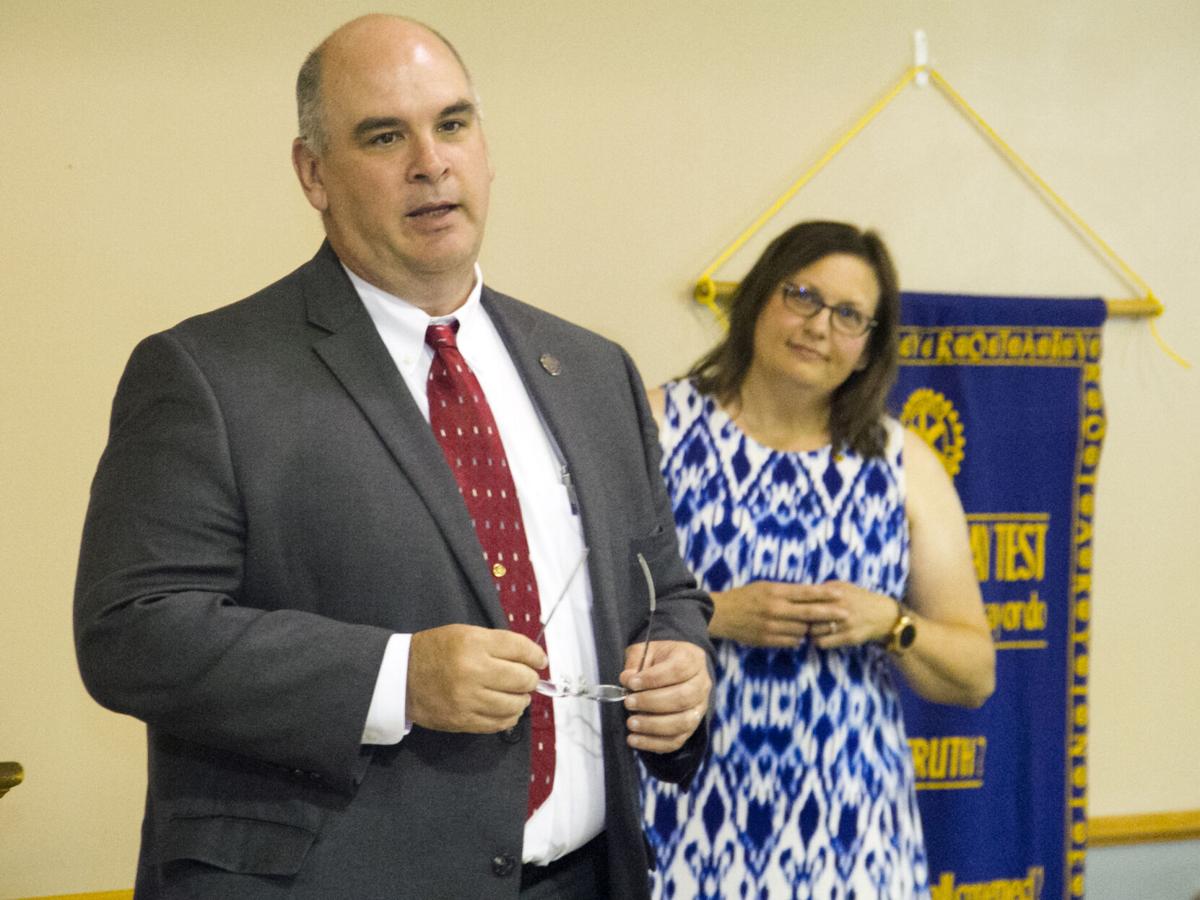 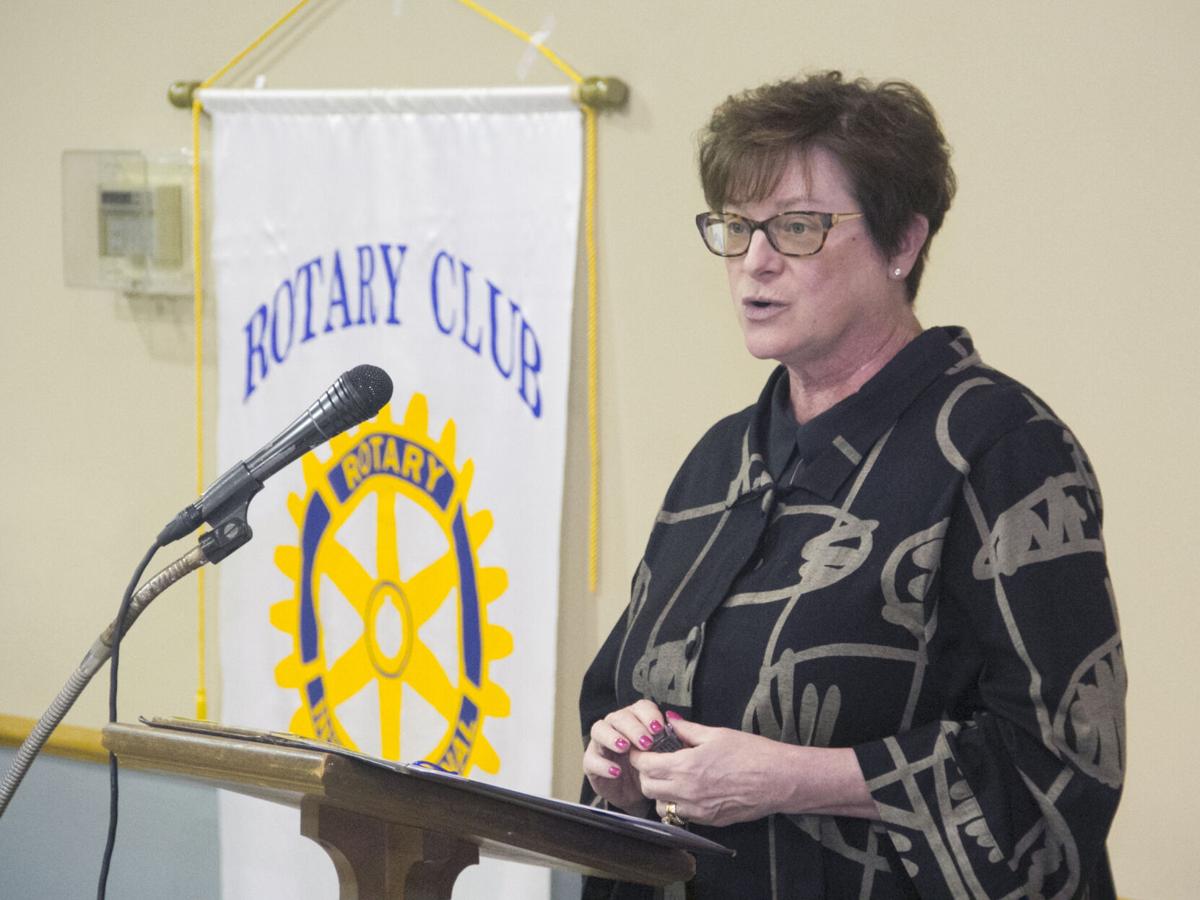 The start of each July represents a new Rotary International year, and with it usually comes a new president for each Rotary club.

Traditionally, the outgoing leader formally welcomes the person who’s taking over the position. Last year, though, the situation created by the COVID-19 pandemic prevented Ron Davis from doing so on behalf of Mary Birks.

“I think we all were on a computer screen somewhere,” he said. “But I do have a pin that I think maybe she should put on for a couple of minutes. It is the President’s Pin that I was supposed to pass off to her 12 months ago, when she took on this role.”

Birks, in turn, is being succeeded by Melissa Fuson as president of the Dormont-Mt. Lebanon-Castle Shannon Rotary Club.

A celebration of the three presidencies took place recently at Mt. Lebanon United Methodist Church, where the club meets at 12 p.m. each Monday, a practice it plans to resume in September following a long stretch of primarily gathering virtually.

“I’m really excited for this year,” Fuson said. “I am so proud of us for moving forward throughout this past year to really try to do good in our community, and I thank each and every one of you for being here today to celebrate our past presidents and all of the wonderful things they have done for this club and will continue to do for this club.”

While receiving the President’s Pin, she in turn presented Davis and Birks with plaques for their service in 2019-20 and 2020-21, respectively.

“I know that the Zoom meetings were not ideal,” Birks said about her year as president. “We still had an impact on several organizations that needed our assistance, including the food banks that were critical for many of our fellow residents who were in dire need throughout this terrible time.”

She told about a virtual meeting hosted by Holger Knaack of Herzogtum Lauenburg-Mölln, Germany, 2021-21 Rotary International president, who “said that those who thought boldly were the ones who were going to make it through this pandemic, whether it be a business or a Rotary chapter.”

“I believe that our efforts to meet and have some semblance of fellowship have given us an even firmer foundation for the future of Rotary,” Birks said.

Davis reflected on the emphasis of his club presidency on family, friends and fun.

“Not only did I see that as an opportunity for us to bring family into our membership, but I really was touched when I joined the club that you embraced me as a member of the family,” he said. “It was important to me to carry on that sentiment as we have membership join us and as we come together as a group. That feeling of family is critically important.”

That sentiment is also relevant far as friendship is concerned.

And he focuses on having a good time.

“I truly have fun with you guys when we’re doing our activities, whether we’re standing in the cold ringing the bell,” he said about helping the Salvation Army raise money, “or we’re trying to pull off a major fundraiser. We try to have some fun as a collective group, because that’s really what makes it meaningful.”

Fuson, who previously served two years as Dormont-Mt. Lebanon-Castle Shannon Rotary Club president, has been a private voice teacher for more than 20 years, after earning her degree in vocal performance from Carnegie Mellon University.

“I’m very fortunate to be able to do something that I love and enjoy,” she said.

She was encouraged to join Rotary by her husband, Michael, whose grandfather served as district governor in Oregon.

“I love service,” Melissa said. “It’s been very rewarding to help the community.”