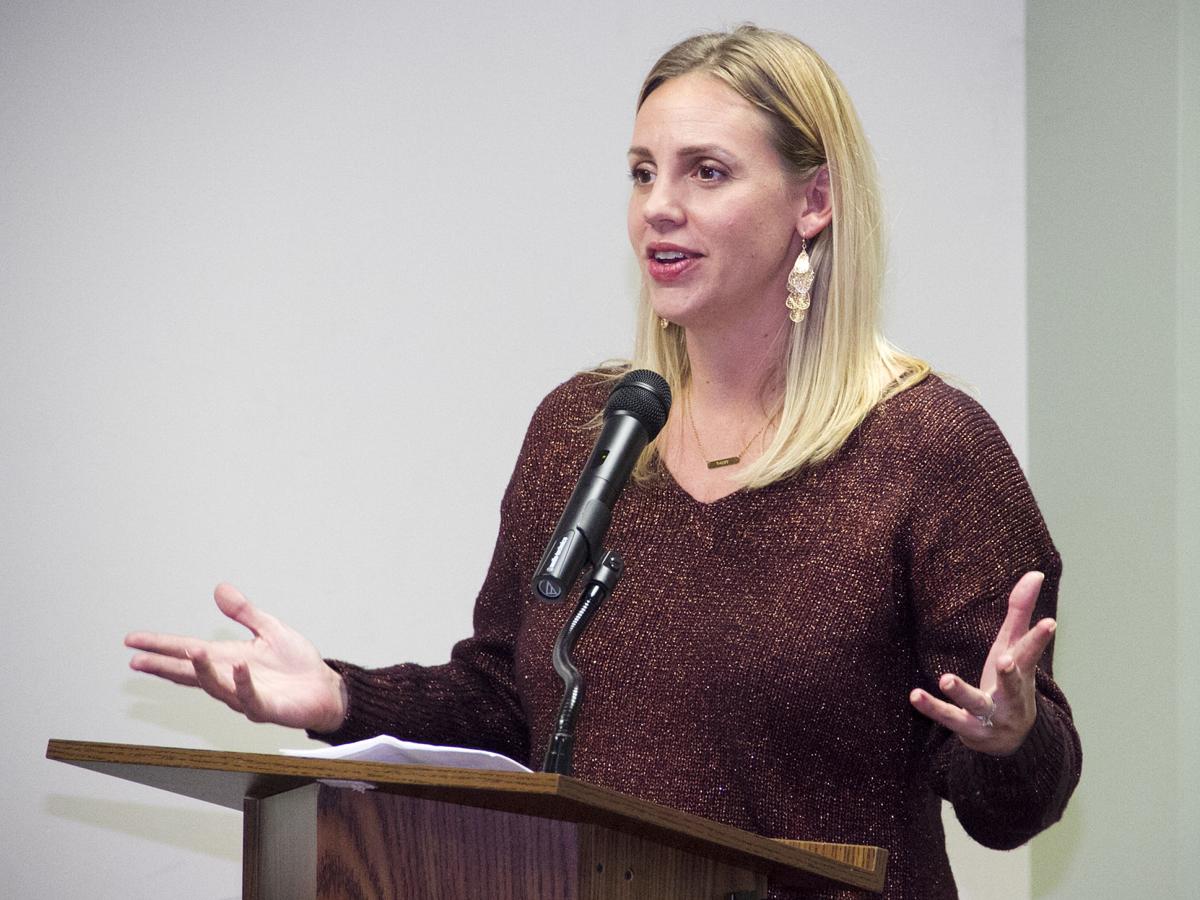 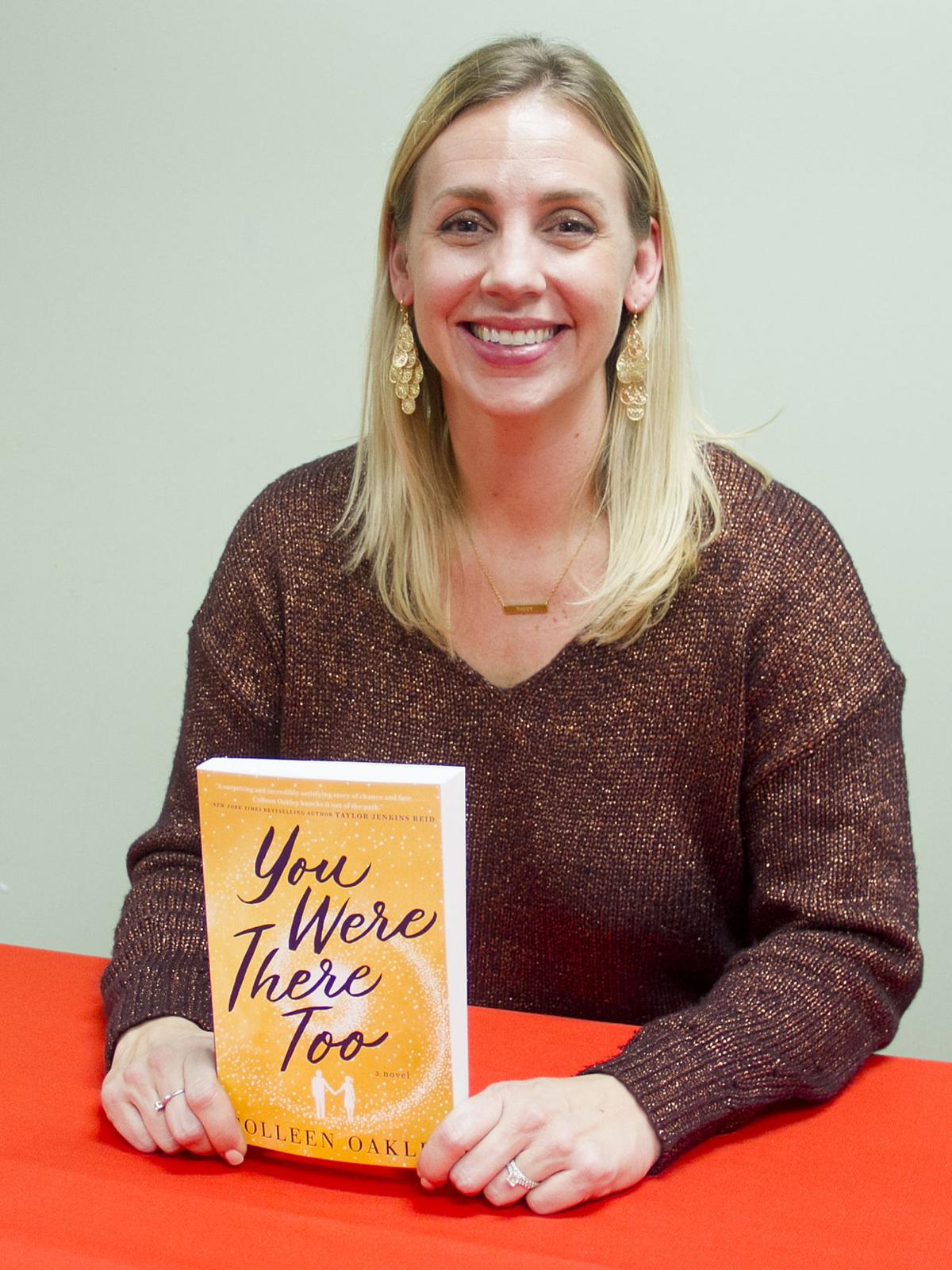 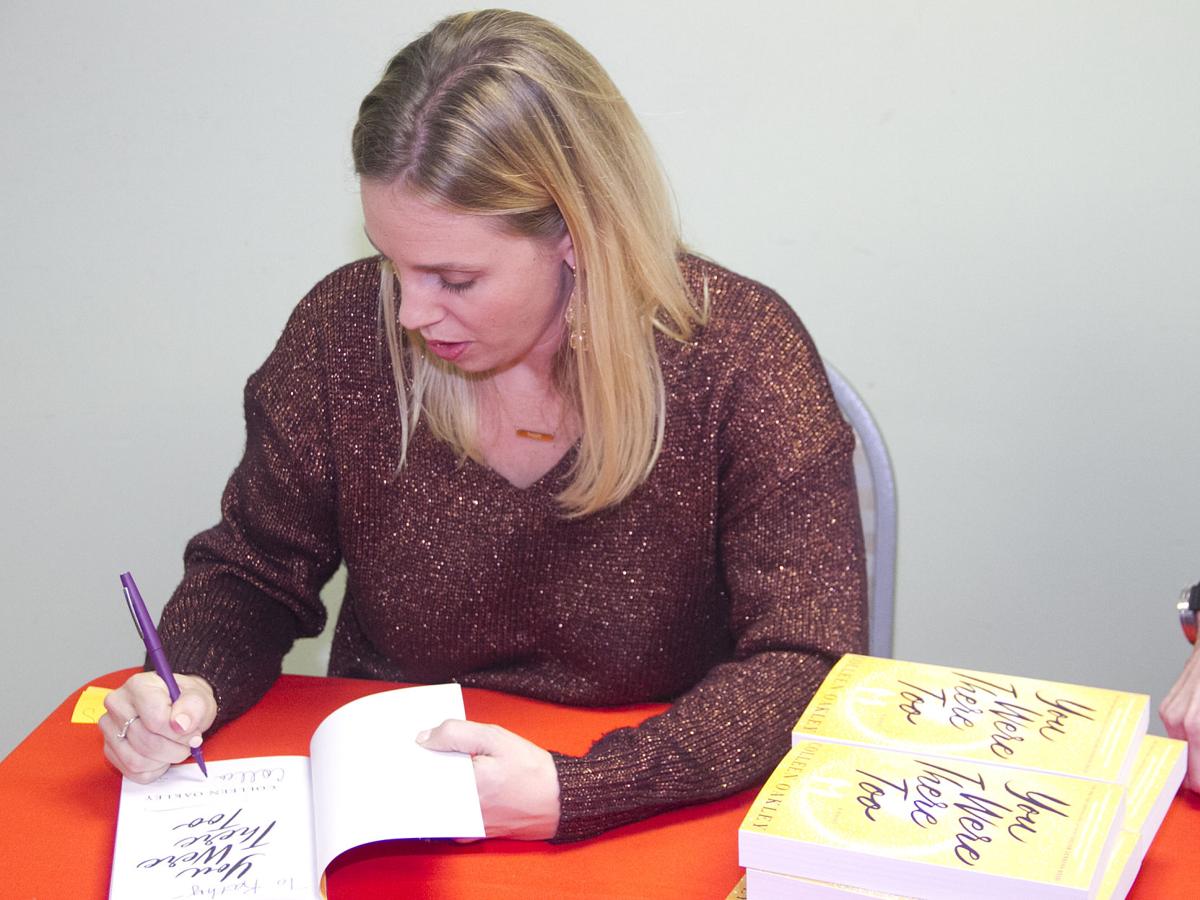 Colleen Oakley signs a copy of “You Were There Too.”

Colleen Oakley signs a copy of “You Were There Too.”

For those who don’t think dreams mean anything, consider that Abraham Lincoln woke up one morning recalling overnight visions of his own death.

At least, that’s according to a story his friend and sometimes bodyguard Ward Hill Lamon liked to tell about the 16th president, as explained a century and a half after the fact by novelist Colleen Oakley:

“Two weeks before he was assassinated, he had a very vivid dream that he was going to die and dreamt of basically his entire funeral, to the point where he saw the soldiers standing at his casket.”

That would have been what’s variously called a precognitive, predictive or psychic dream, Oakley explained recently to her audience at Mt. Lebanon Public Library. And it’s the type of phenomenon she studied in depth as part of the research for her latest book, “You Were There Too.”

The Atlanta-based author of bestselling novels featuring intriguingly quirky plot lines was in town to kick off the library’s 2020 Speakers Series, which has three more programs on the schedule through April. And her latest premise is a doozy.

“You Were There Too” tells the story about a young woman named Mia who’s happily married with her first child on the way. But of course, there’s a twist.

“Most of her adult life, she’s had recurring dreams about the same man,” she told a full house of her fans. “She doesn’t know who the man is. He’s a stranger.

What the newly released novel means for Oakley’s writing career is a slew of accolades, including a listing in the Top 22 Romance Books of 2020 by Oprah Winfrey’s influential O Magazine.

That continues a trend beginning in 2015 with her first book, “Before I Go,” named Best New Book by People magazine, an Us Weekly “Must” Pick and a Library Journal Big Fiction Debut, to name a few. And there was no sophomore slump with her next effort, “Close Enough to Touch,” a March 2017 Indie Next List Pick and Romantic Times Top Pick.

If the third time seems particularly like a charm, Oakley called “You Were There Too” her toughest write so far.

One challenge, she said, was developing a suitable storytelling framework for her idea, which arose from the concept of dream telepathy, also known as mutual dreaming.

“I really like, as a writer, the challenge that I take on to take a very outlandish, bizarre concept and make it seem real,” she said. “My job is to make you believe that this is actually happening.”

Considering their critical receptions, that worked out fine for Oakley’s first two novels.

In “Before I Go,” a dying woman strives to find the next partner for her husband in the short amount of time she has remaining. And in “Close Enough to Touch,” another lady manages to develop a romantic relationship despite her being allergic to other people.

So her pronouncement about “You Were There Too” should hardly be surprising.

“I didn’t want to write the typical romance story,” she said. “I could have very easily written about a woman who is married and very quickly, you realize she has married the wrong person. Then the dashing dream guy comes in and sweeps her off her feet, and they go riding off into the sunset.”

Rather, she wanted to explore the dynamics of marriage and long-term relationships.

“When you’ve been with somebody for a really long time, there are ups and downs, and it’s hard. How do you know if you’ve married the right person?” she said. “If somebody else comes in who just might be a better fit – not definitely, but might be – what do you do in that situation?”

A former magazine editor for Marie Claire and Women’s Health & Fitness, Oakley has drawn from that type of experience to make her transition to novelist, especially with regard to gathering useful information.

“I really love the research portion of writing, I think mostly because of my journalism background. And I also really like it because it procrastinates the actual writing part,” she said, garnering knowing chuckles for many of the audience members.

Her research for “You Were There Too,” of course, delved heavily into human dreaming, and she learned about categories such as apparition dreams – “about somebody who has passed, and usually somebody very close to you” – and those of the clairvoyant, or real-time, type.

Some scholars, though, believe dreaming is basically irrelevant.

“It’s keeping some facts. It’s storing memories. It’s throwing away what you don’t need,” Oakley said about their theories. “And your dreams are just kind of a byproduct of that, these images popping in your mind that don’t really mean anything, and they’re non sequiturs and it just doesn’t make a lot of sense.”

If Ward Hill Lamon’s tale is true, the nation’s capital must have been full of nonbelievers prior to President Lincoln’s ill-fated visit to Ford’s Theatrer.