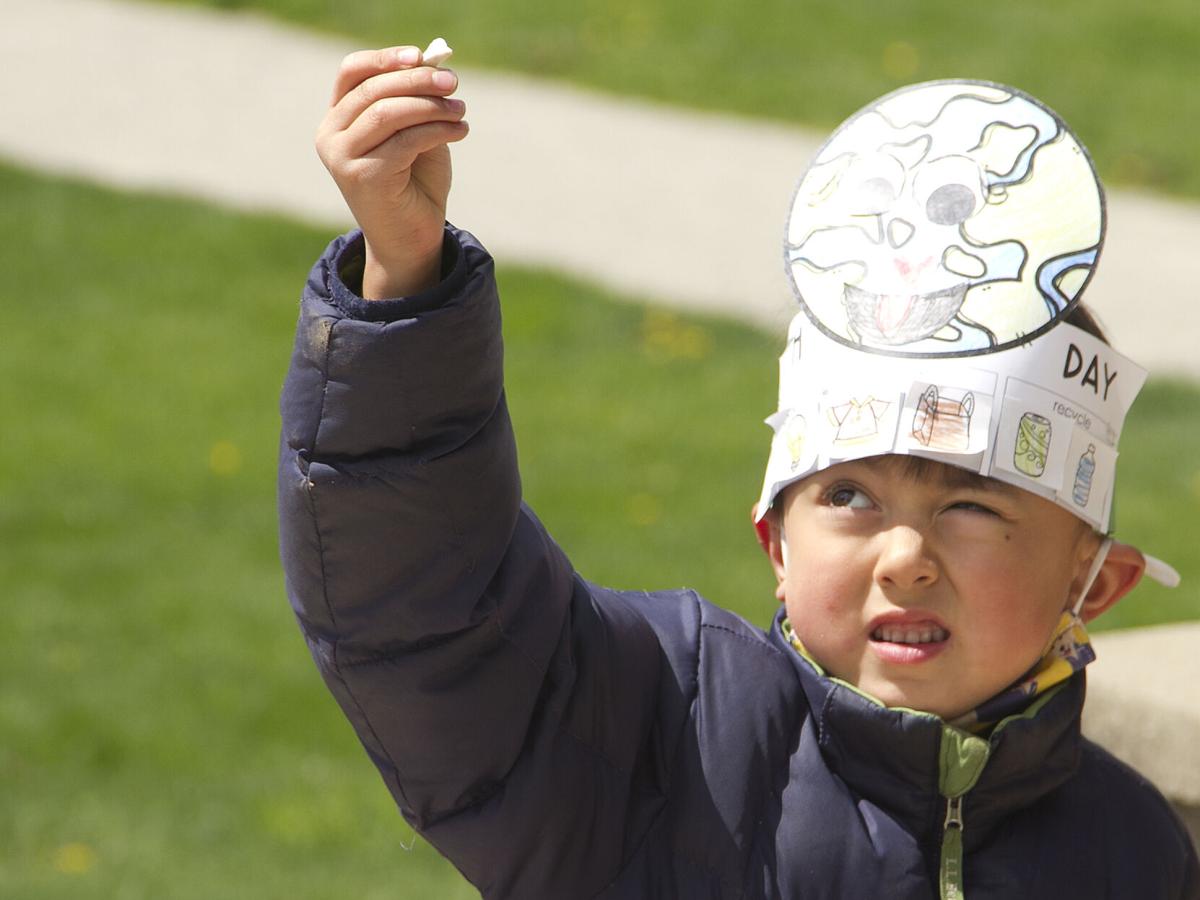 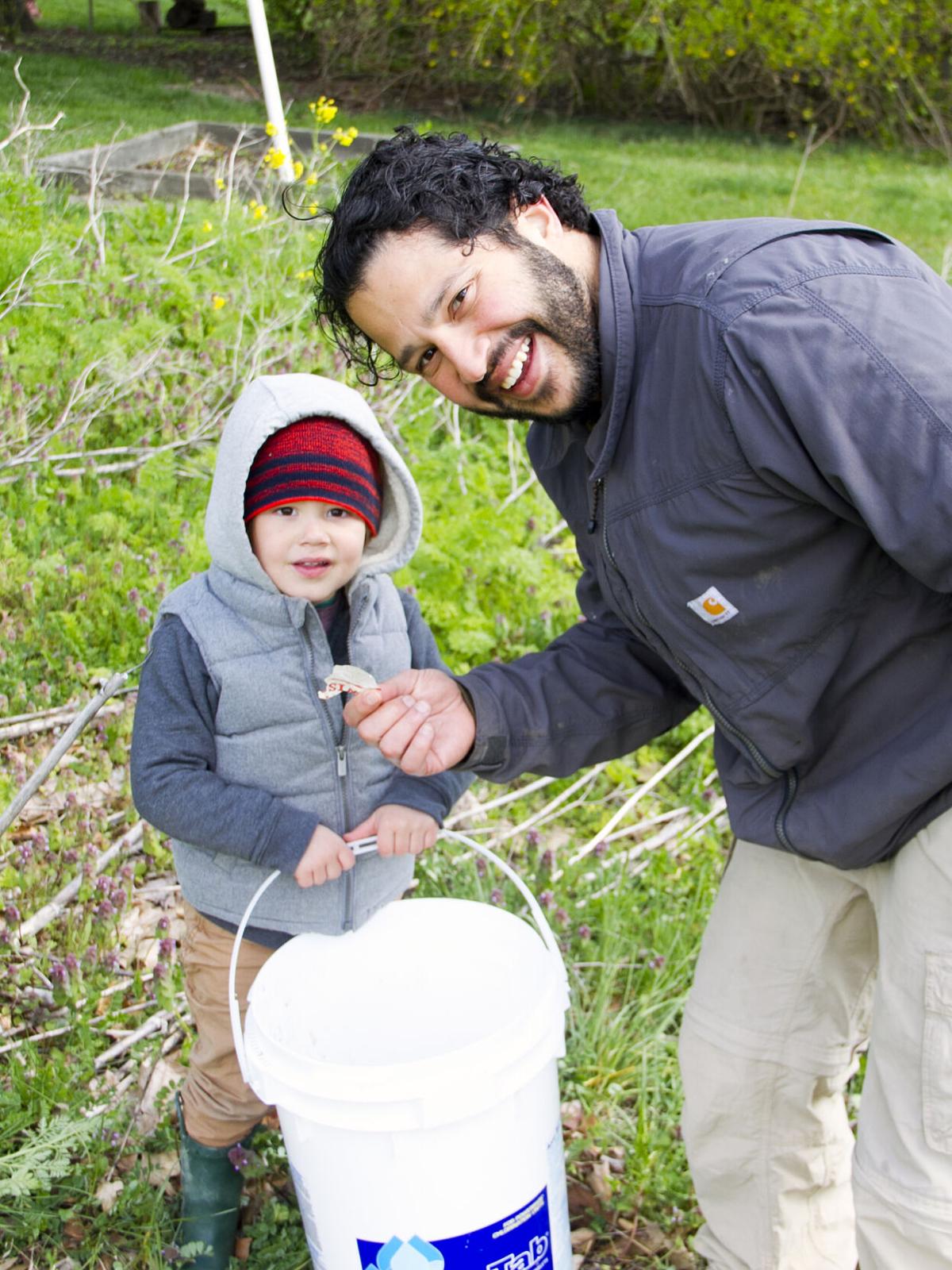 José Rosa and his son, Everest, are ready to pick up litter at Boyce Mayview Park. 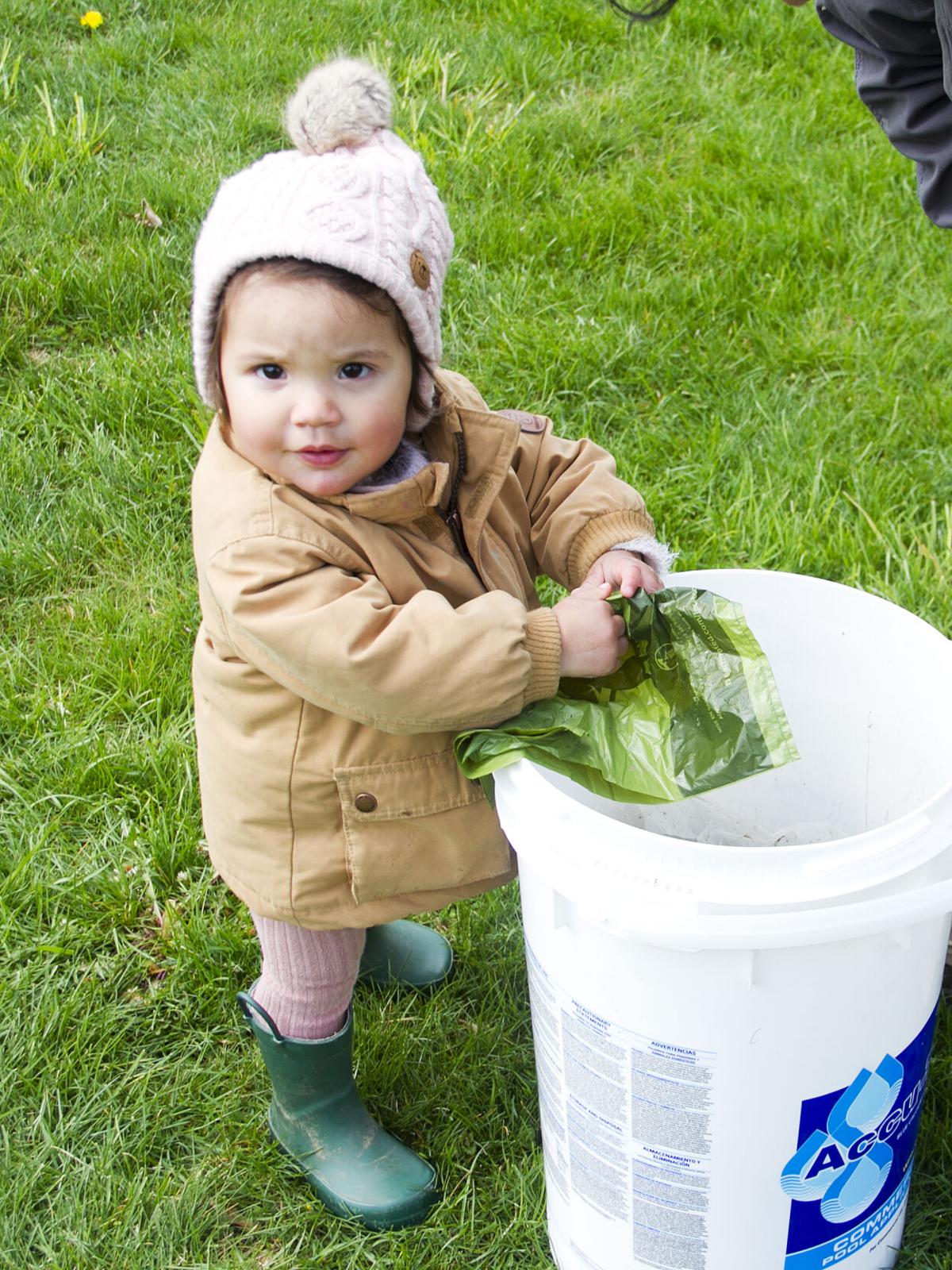 Denali Rosa does her part during the cleanup. 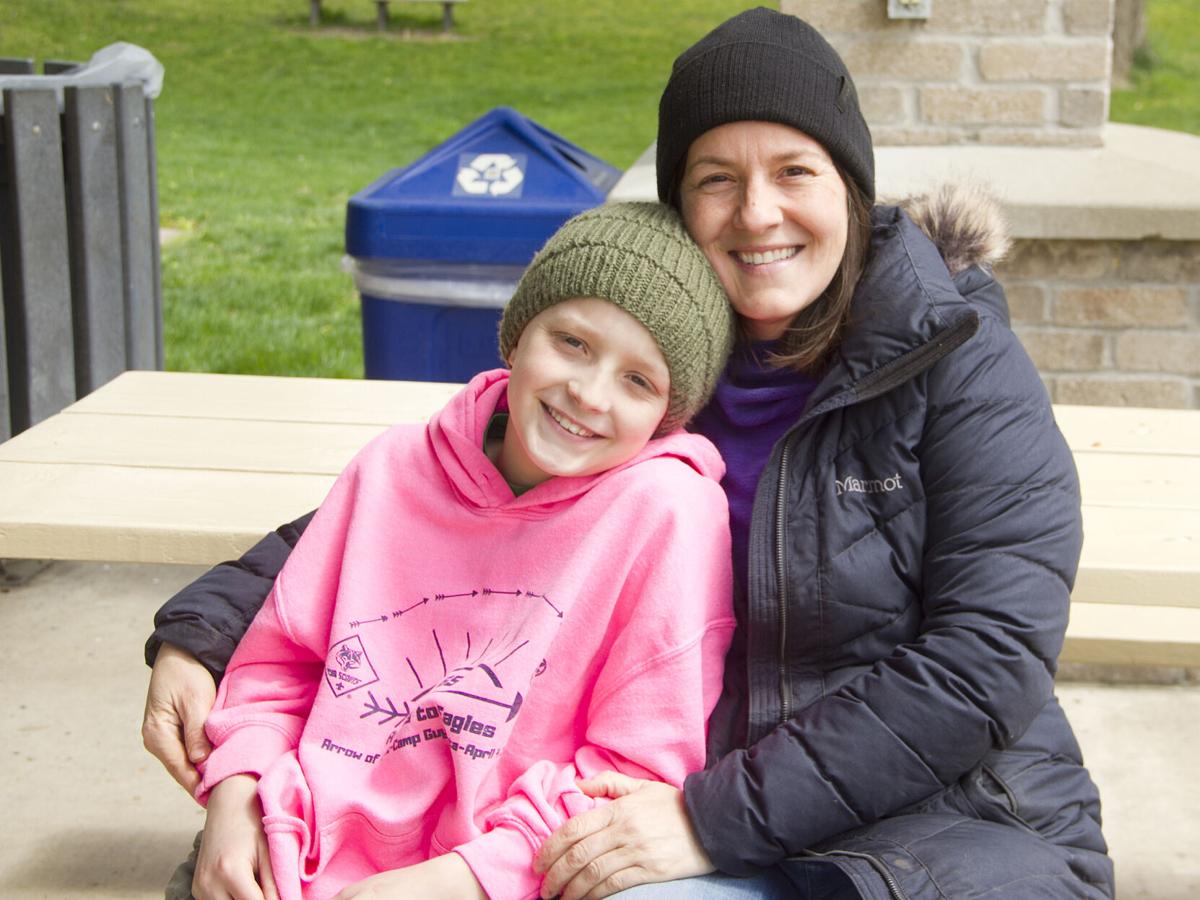 Bundled against unseasonably cold weather, Finn and Bethany Thornton take a break from cleaning up litter at Boyce Mayview Park. 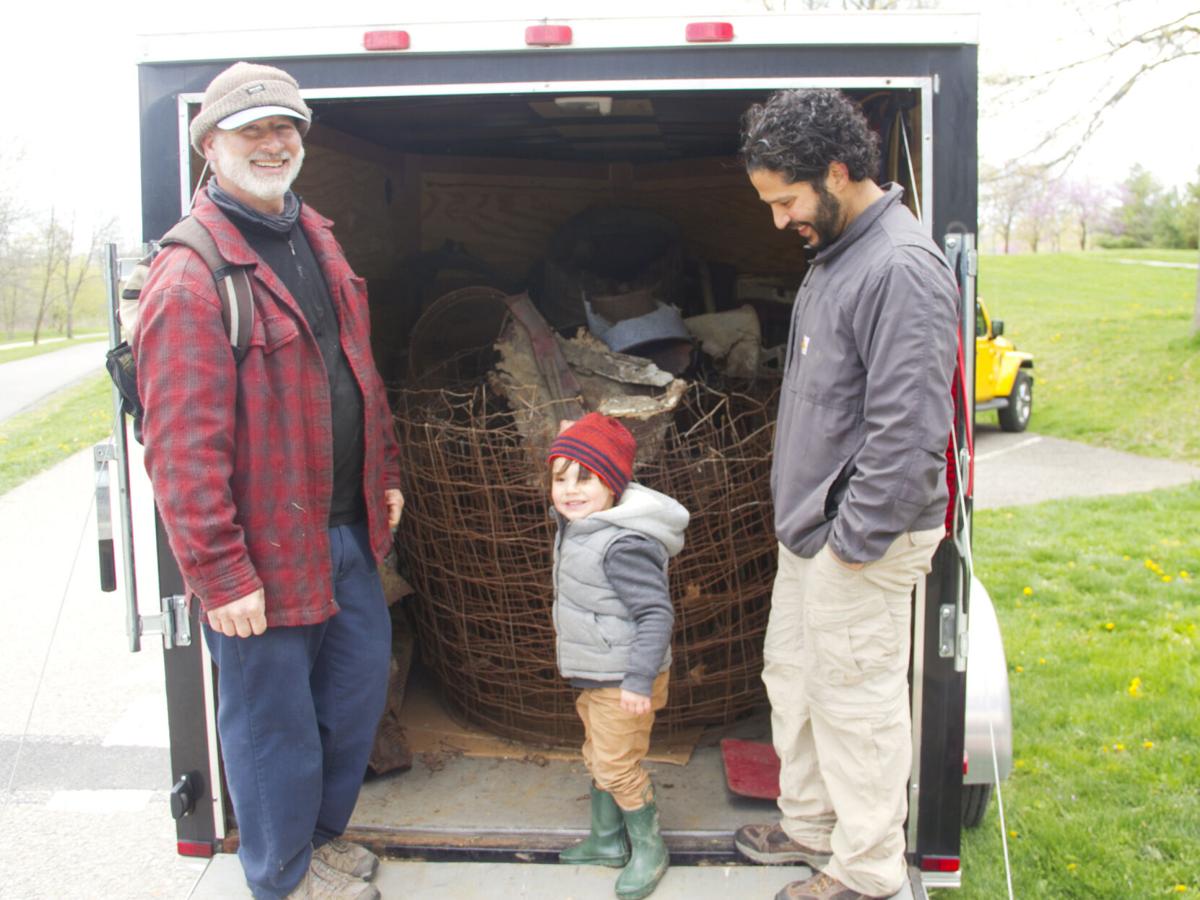 At the Adam Solar Reources trailer containing items extricated by Dave Wilton, left, are Everest Rosa and his father, José. 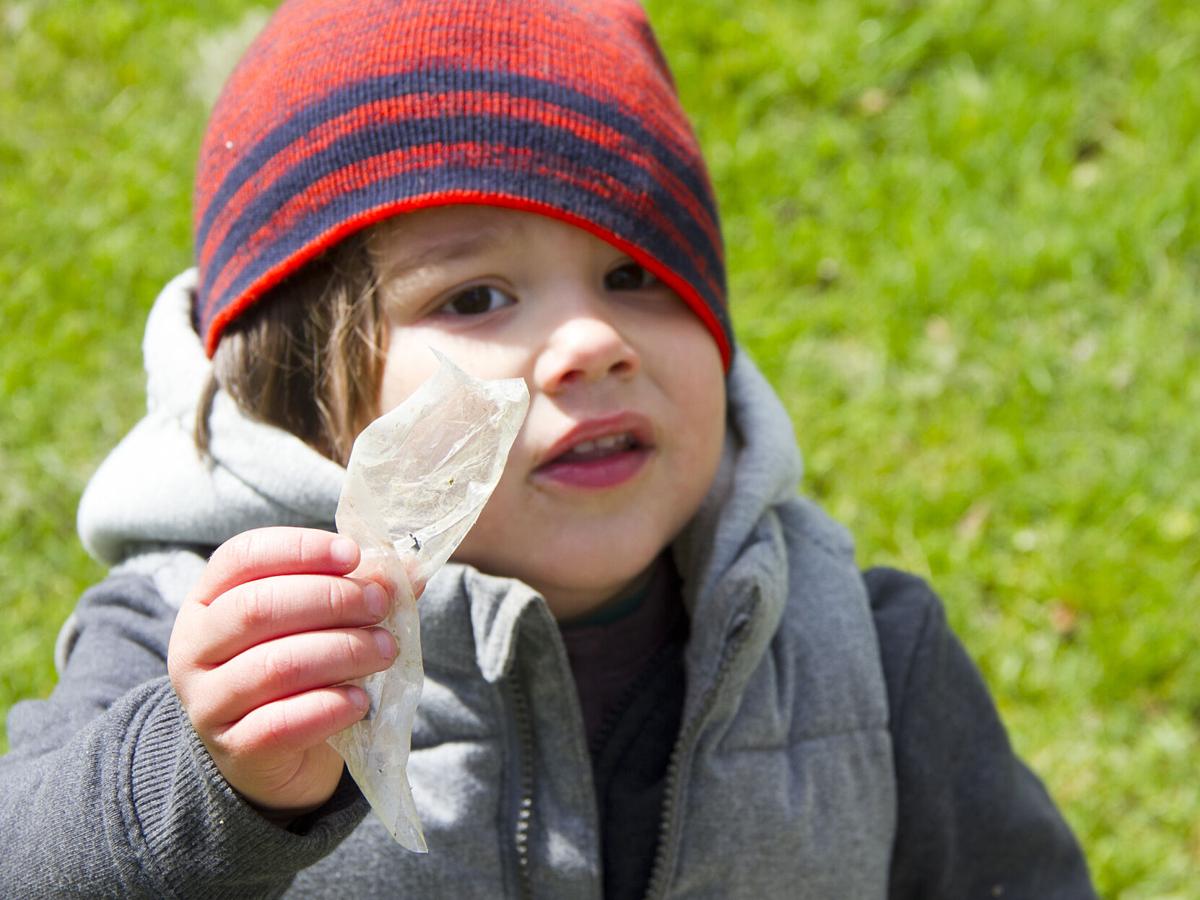 Everest Rosa shows a piece of litter he found in Boyce Mayview Park. 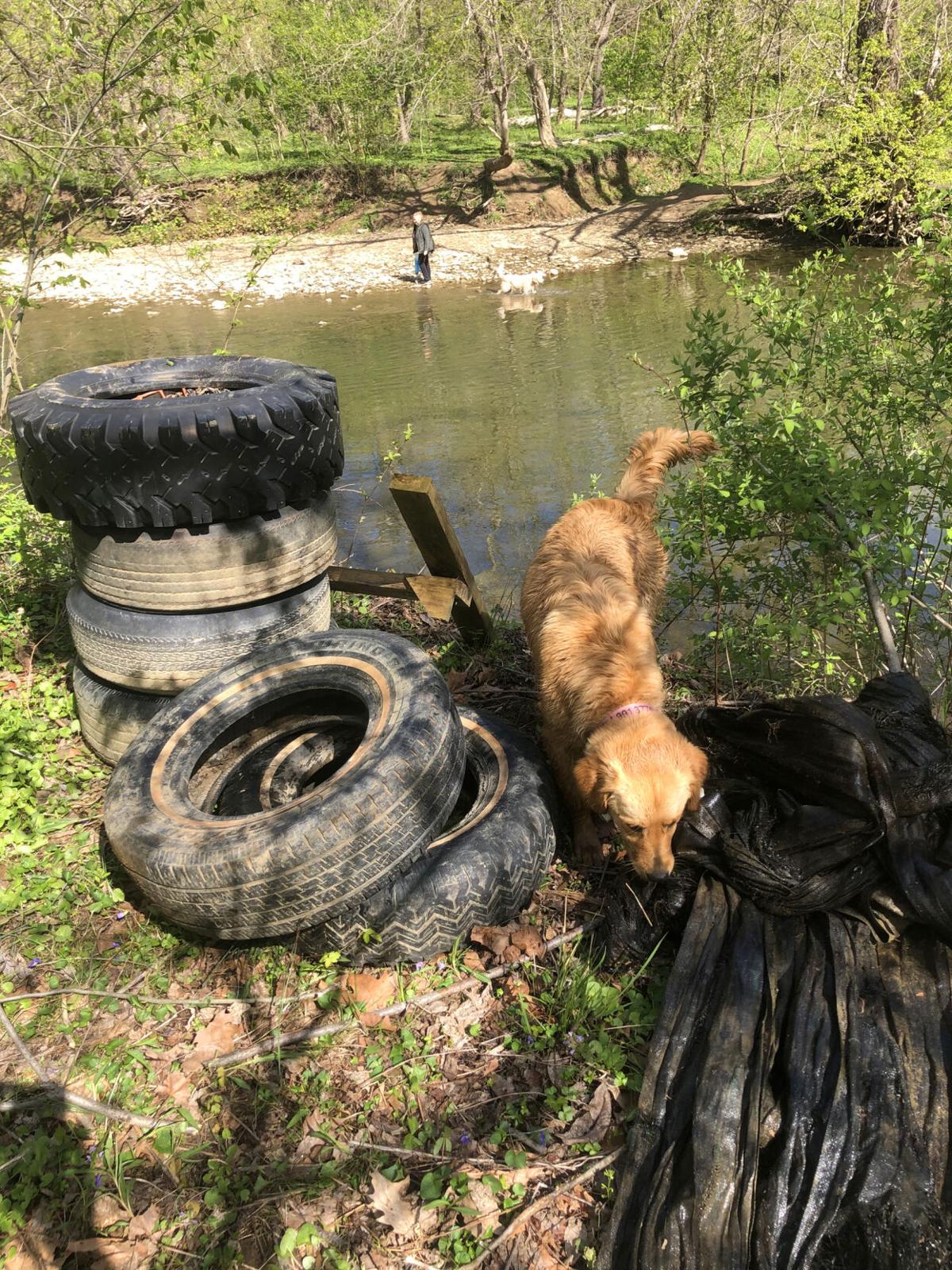 Justin Beinhauer photographed tires he retrieved from along Chartiers Creek.

José Rosa and his son, Everest, are ready to pick up litter at Boyce Mayview Park.

Denali Rosa does her part during the cleanup.

Bundled against unseasonably cold weather, Finn and Bethany Thornton take a break from cleaning up litter at Boyce Mayview Park.

At the Adam Solar Reources trailer containing items extricated by Dave Wilton, left, are Everest Rosa and his father, José.

Everest Rosa shows a piece of litter he found in Boyce Mayview Park.

Justin Beinhauer photographed tires he retrieved from along Chartiers Creek.

When considering a site for an Earth Day event, José Rosa thought of Boyce Mayview Park in Upper St. Clair.

His wife, Katie, wondered about the venue.

“Why Boyce Mayview? There’s really not that much trash,” she said.

As frequent visitors to the park, the Rosas certainly appreciate the presence of 574 acres of undeveloped land not too far from their Cecil Township home.

But even amid such a relatively pristine environment, litter tends to accumulate.

“My wife and I hike these woods probably two or three times a week, and I just started looking around and noticing this trash. Trash, trash, trash, everywhere,” José said. “When you take two or three steps in and you look around off the beaten path, you see it everywhere.”

To help remedy the situation, he and Katie, owners of Everest Eats Plant-Based Kitchen, organized an April 22 cleanup at the park. Dozens of participants braved unseasonably chilly temperatures to lend a hand.

Among them was Upper St. Clair resident Dave Wilton, who has spent years removing items from Boyce Mayview that don’t belong there.

The Rosas met him while he was emerging from a wooded area with a full plastic bag, and their subsequent conversation led Wilton to draw upon his experience with similar events to help them organize the cleanup.

“About two decades ago, I started picking up the trash here in the park, and I just never stopped,” Wilton said. “Don’t take this the wrong way, but the whole park is actually a giant dump site.”

The primary reason is about half the park once was the farm serving Mayview State Hospital, across Chartiers Creek in South Fayette Township. Opened in the 19th century, the hospital and its related institutions once constituted the largest population center between Pittsburgh and Washington, except for Canonsburg.

The trash generated by the thousands of people at the site generally didn’t travel too far, and Wilton has being doing his part to extricate as much of it as possible.

“People watch me do it and think that somebody’s just come here and thrown it in here,” he said. “I say, ‘Yeah, about a hundred years ago.’”

Examples of what he’s found were on display during the Earth Day event, with primarily metal scraps, many of them of substantial size, half-filling a trailer donated for use by Adam Rossi of Adam Solar Resources in South Fayette.

“Even if something weighs 200, 300 pounds and is way down in the valley, I’ll just pick it up budge it a few feet, and then just drop it,” Wilton said.

“The next time I’m passing through, I’ll pick it up and move it a few more feet. And I just keep doing that for, like, a year, and it will be where it needs to go.”

Event participant Justin Beinhauer also has been busy at Boyce Mayview, having recovered, among other items, six tires, a 40-foot-long section of landscape fabric, planks of treated lumber with the screws sticking out, and a variety of aluminum cans and plastic bottles.

“There are two garbage dumpsters that are in the creek,” he said. “I couldn’t haul those out. I’m going to need a hand.”

Among others attending the cleanup were Robinson Township, Allegheny County, residents Bethany Thornton and son, Finn, a Scout who was earning conservation hours by participating.

“We just really love to be outside, and we love the earth,” Bethany said. “And we just want to do as much as we can to clean it up and make everything look good.”

For the Rosas, organizing the event represented an opportunity to celebrate Earth Day while promoting awareness of a subject they consider to be essential.

“It’s all about sustainability for us,” José said, “and creating a cleaner, more sustainable environment for our son, Everest, and our daughter, Denali, and all the future generations.”