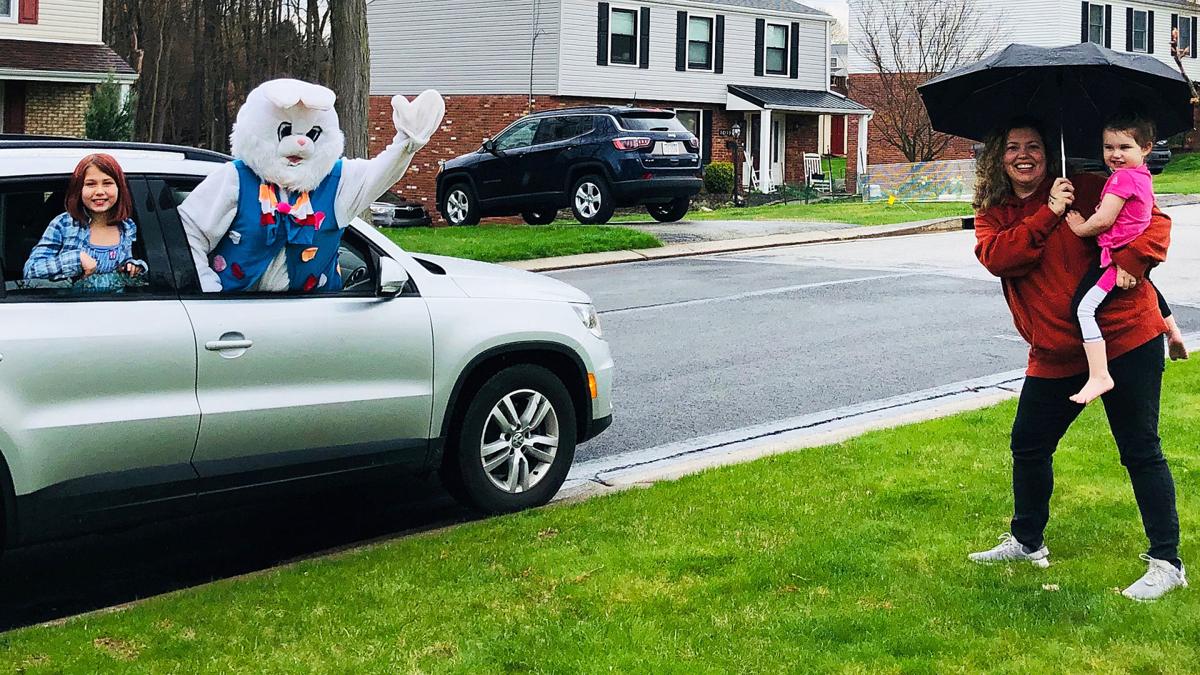 Janet Roberto, with daughter CeCe in the car, greets Luci and Lizzie Keesee in Bethel Park. 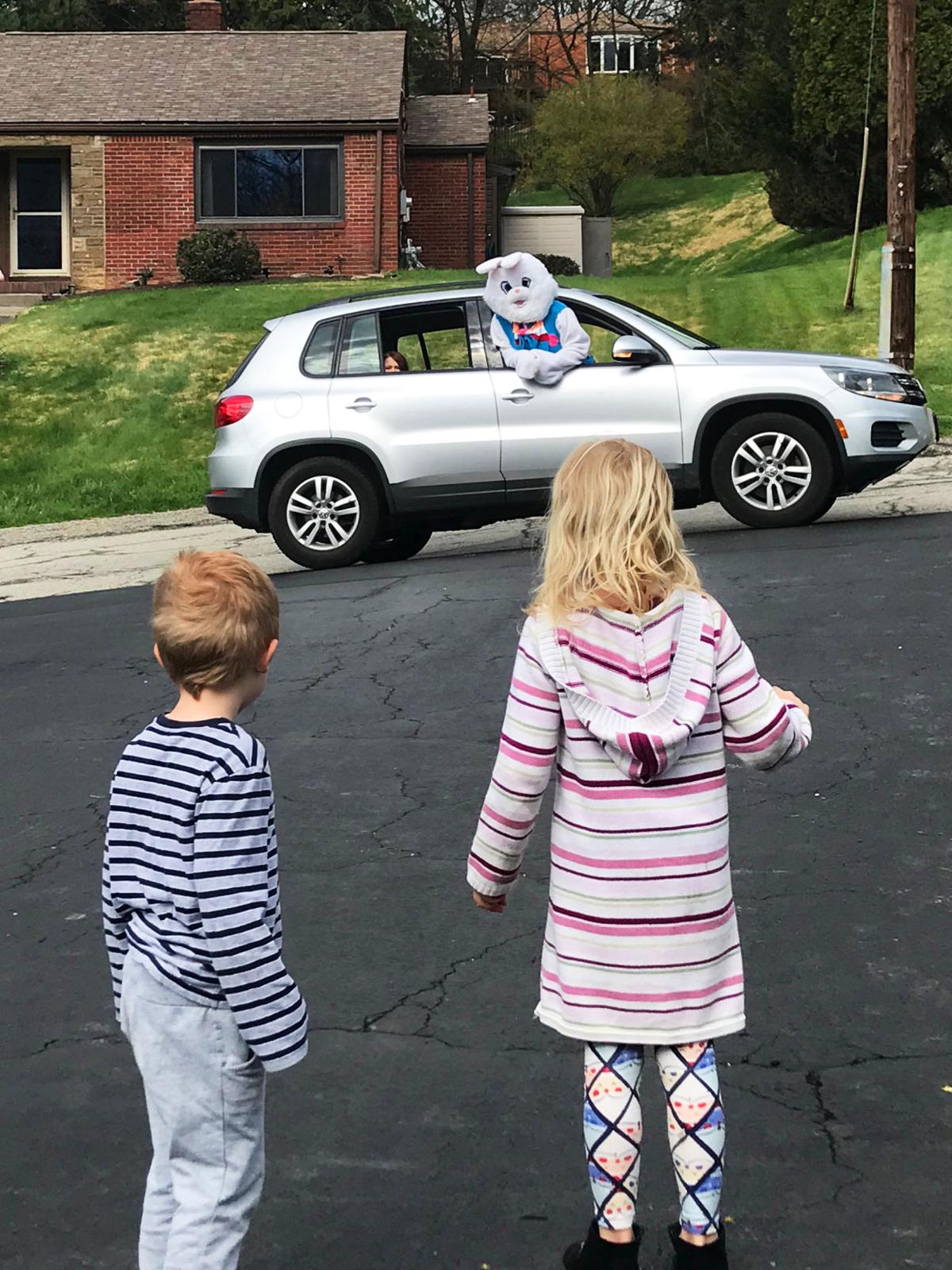 Leading up to Easter, a certain basket-of-eggs-bearing rabbit was anything but ubiquitous this year.

One exception was in Bethel Park, where local resident Janet Roberto spent the better part of the week cruising around in a Volkswagen dressed as a sufficiently socially distanced Easter Bunny.

“It started with me texting my neighbors and just saying, ‘Hey, I think I’m going to do this for the kids in our neighborhood,’” she said. “They were so excited, and someone said, ‘My kid was wondering if the Easter Bunny was going to be in quarantine, too.’”

In a manner of speaking, COVID-19 had struck again.

“That made me realize: There are kids who are really questioning. Their lives are completely thrown off right now,” Roberto said. “So I wanted to give them just a little bit of a ‘life is OK’ kind of thing.”

So for several days, her husband, Dennis, chauffeured Janet around town, waving to children, their parents and other well-wishers in the community.

“Everybody has been really receptive to it and excited for it and thankful. And I wasn’t doing this for thanks,” she said. “I was just doing this because I want the kids to have some kind of something that’s normal.”

She borrowed the costume from Saints John & Paul Church in Franklin Park, where she works.

“We had an Easter egg hunt planned, anyway, so I had access to one,” she said. “But I did tell my mom, ‘I want to make this more colorful.’ So I ran over to her house, and she made me a vest for it.”

“And my poor husband, he had no idea I even said I would do this. And he so graciously said, ‘I will drive you around.’”

As for Sunday, Roberto plans one more drive-by visit as the Easter Bunny, in honor of a 7-year-old’s birthday. Then the costume goes back to the North Hills and, everyone hopes, it will be ready for next year’s Easter egg hunt.

If the church needs someone with experience to wear it, they know whom to ask.