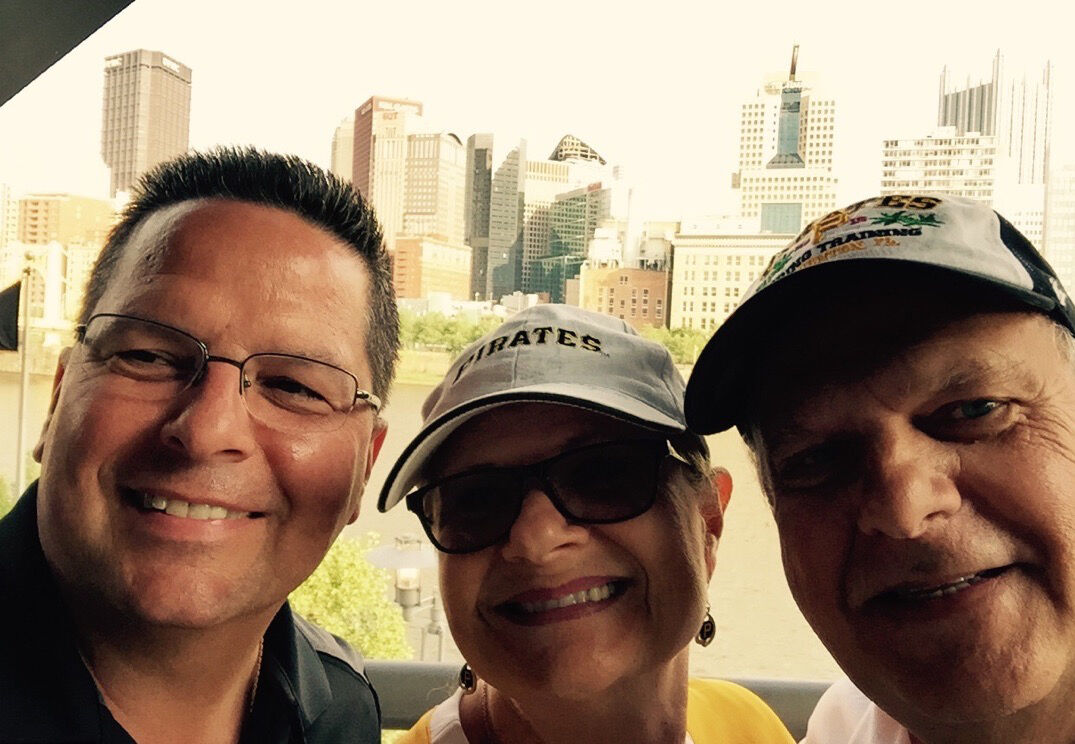 Father David Bonnar with Kathy and Rudy Berty of Eighty-Four at a Pittsburgh Pirates baseball game. 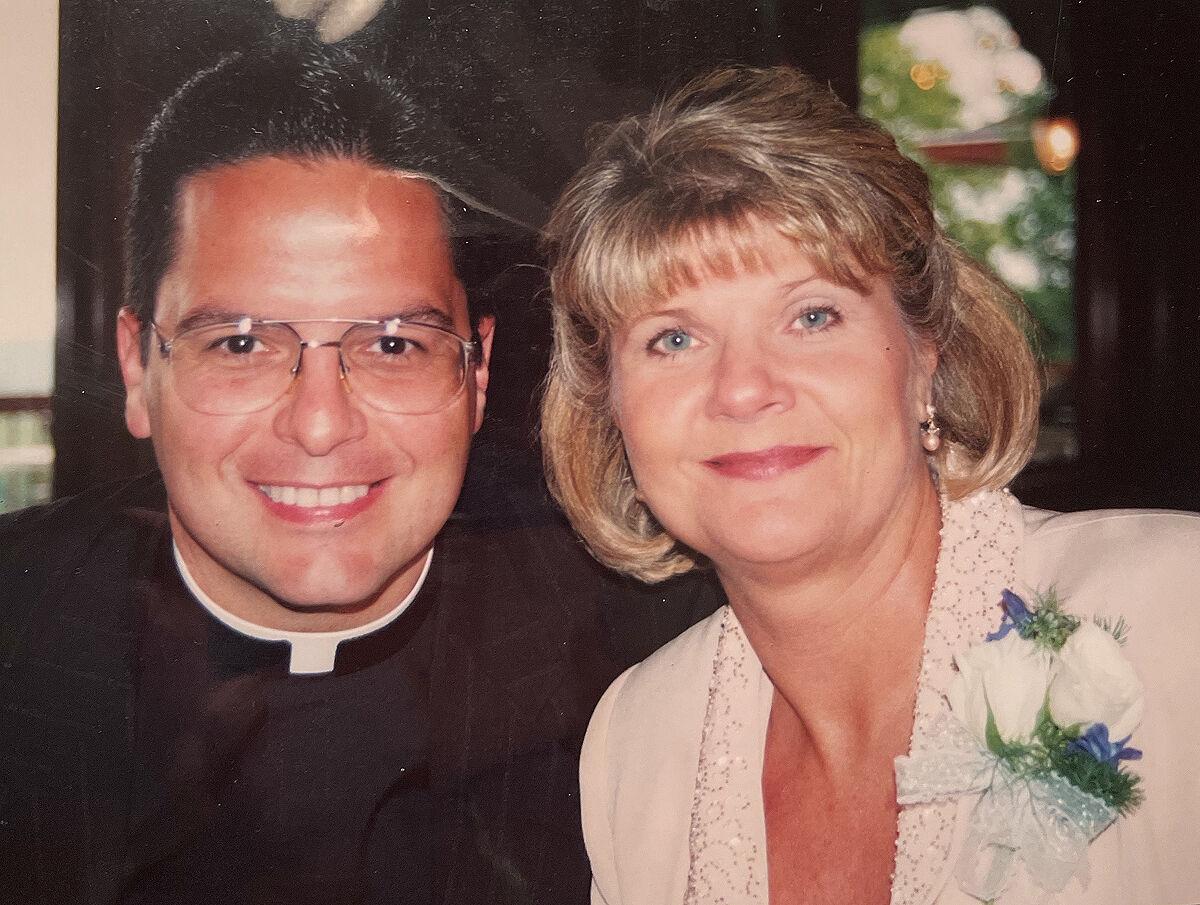 Kathy Berty with Father David Bonnar at her daughter's wedding reception in 1999. 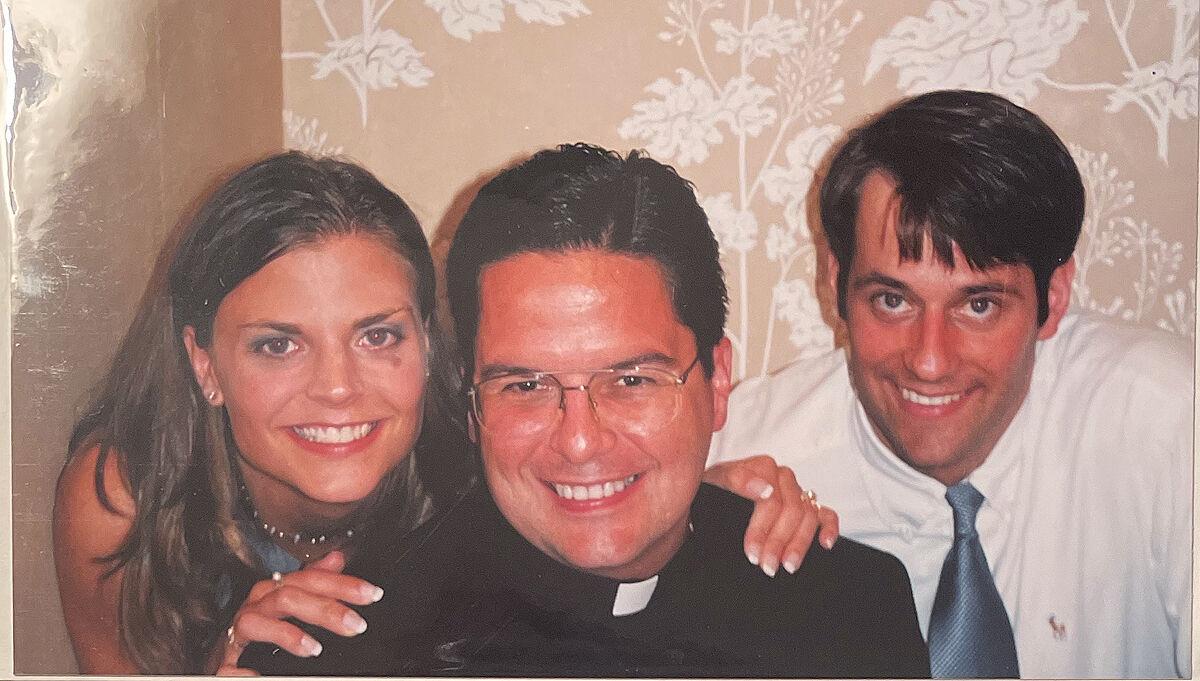 Father David Bonnar with Monica and Steven Aspinall of Peters Township. Father Dave presided over the couple's wedding back in 1999 at Saint Thomas More in Bethel Park.

Father David Bonnar with Kathy and Rudy Berty of Eighty-Four at a Pittsburgh Pirates baseball game.

Kathy Berty with Father David Bonnar at her daughter's wedding reception in 1999.

Father David Bonnar with Monica and Steven Aspinall of Peters Township. Father Dave presided over the couple's wedding back in 1999 at Saint Thomas More in Bethel Park.

The promotion for the priesthood ran during NFL football games.

Bonnar very well could have also starred in the advertisement.

“I truly am an ordinary man. Human and prone to weakness,” he said during a YouTube live video stream that announced Bonnar’s appointment as the sixth bishop of the Diocese of Youngstown.

“Nevertheless, by God’s design I am now called to do his extraordinary work,” he added. “I cannot wait to roll up my sleeves, get my lunch bucket and go to work.”

According to Kathy and Rudy Berty of Eighty Four, that blue-collar attitude and spirit exemplify Bonnar.

Because the couple attend daily Mass a friendship “blossomed” when Bonnar was in residence at Saint Thomas More in Bethel Park.

After many breakfast meetings, the Bertys and Bonnar started going out to dinner together.

Bonnar participated in many milestone events with the Bertys, who celebrated their 50th wedding anniversary June 27. He performed priestly tasks such as blessing dwellings and officiating the sacraments.

Bonnar married Berty’s children; Monica in 1999 and Michael in 2000. In fact, Monica and her husband, Steve Aspinall, re-enacted their wedding vows at St. Rosalia Church in Greenfield for Bonnar’s video production.

Bonnar christened Monica and Michael’s offspring. Monica and Steve are raising their three children — Teresa, Thomas and Timothy, in Peters Township. Michael and Rebecca reside in Wexford and their two sons, Ethan and Josh, are water polo players at North Allegheny High School.

“He is like part of our family. A really good friend,” said Rudy. “A regular guy with a collar.”

According to the Bertys, Father Dave as he is lovingly referred to by cherished friends, loves food. He’s a runner and a baseball enthusiast. He also adored his dog, BoBo, whom St. Bernard’s parishioners often saw him walking along Washington Road in Mt. Lebanon.

Father Dave also relishes Soul Music. In fact, the Bertys took him to see Earth, Wind and Fire in concert at Station Square when the band was at its peak.

“He’s more than just a priest,” said Kathy. “He’s an uncle, a brother. A personal and spiritual friend.”

“His humanity, without a doubt, transcends,” added Rudy, who predicted he will do well in Youngstown for that reason as well as the fact Bonnar is “flexible on his feet.”

Rudy recalled when the power went out in the church during his daughter’s wedding the power.

“He did not miss a beat,” Rudy said. “He handles adversity well.”

While saddened that Father Dave will be leaving the area, the Bertys are excited about his promotion.

“It’s a great honor and I think Youngstown is very fortunate to have someone like him become their bishop,” Kathy said.

“I know he loved it at St. Aidan Parish. He was so peaceful and happy but he loves being a priest and doing God’s work. He says that all the time.”