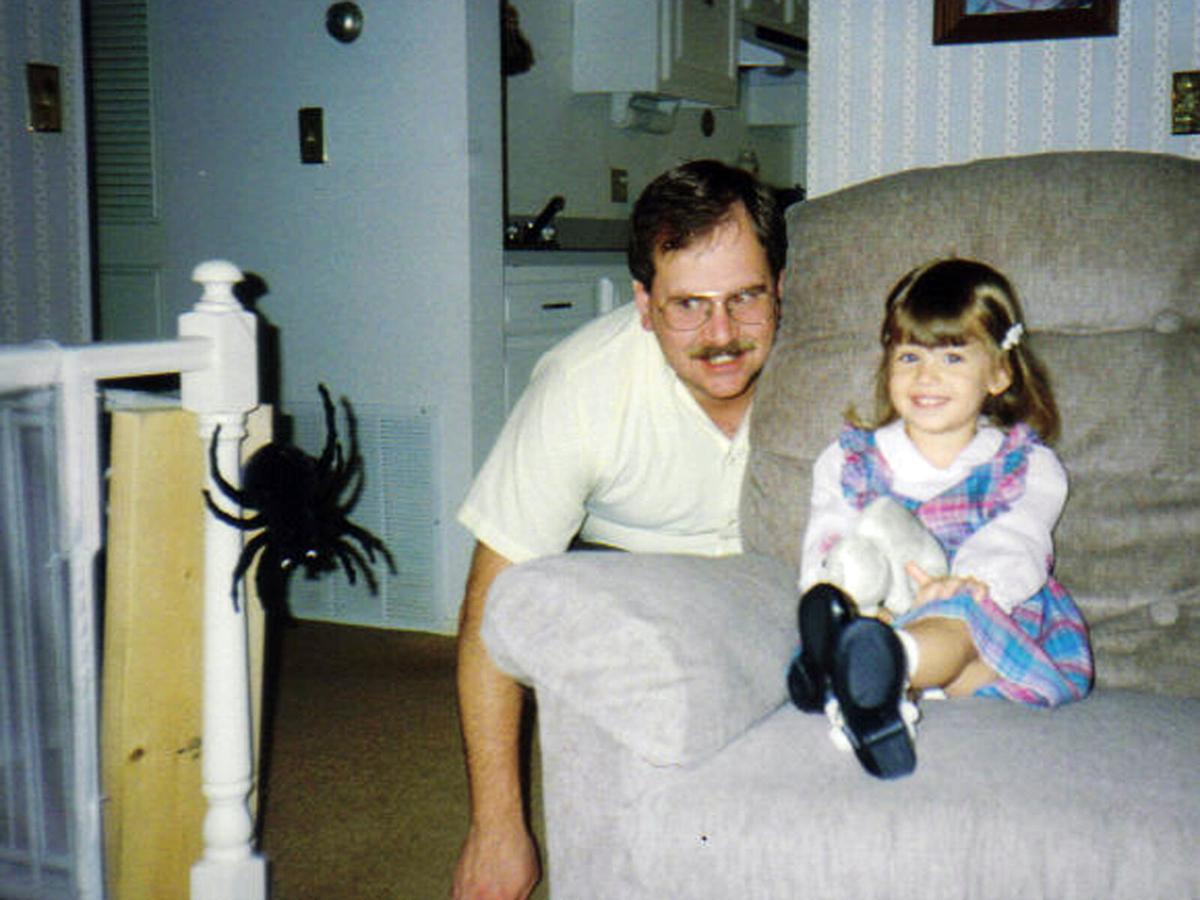 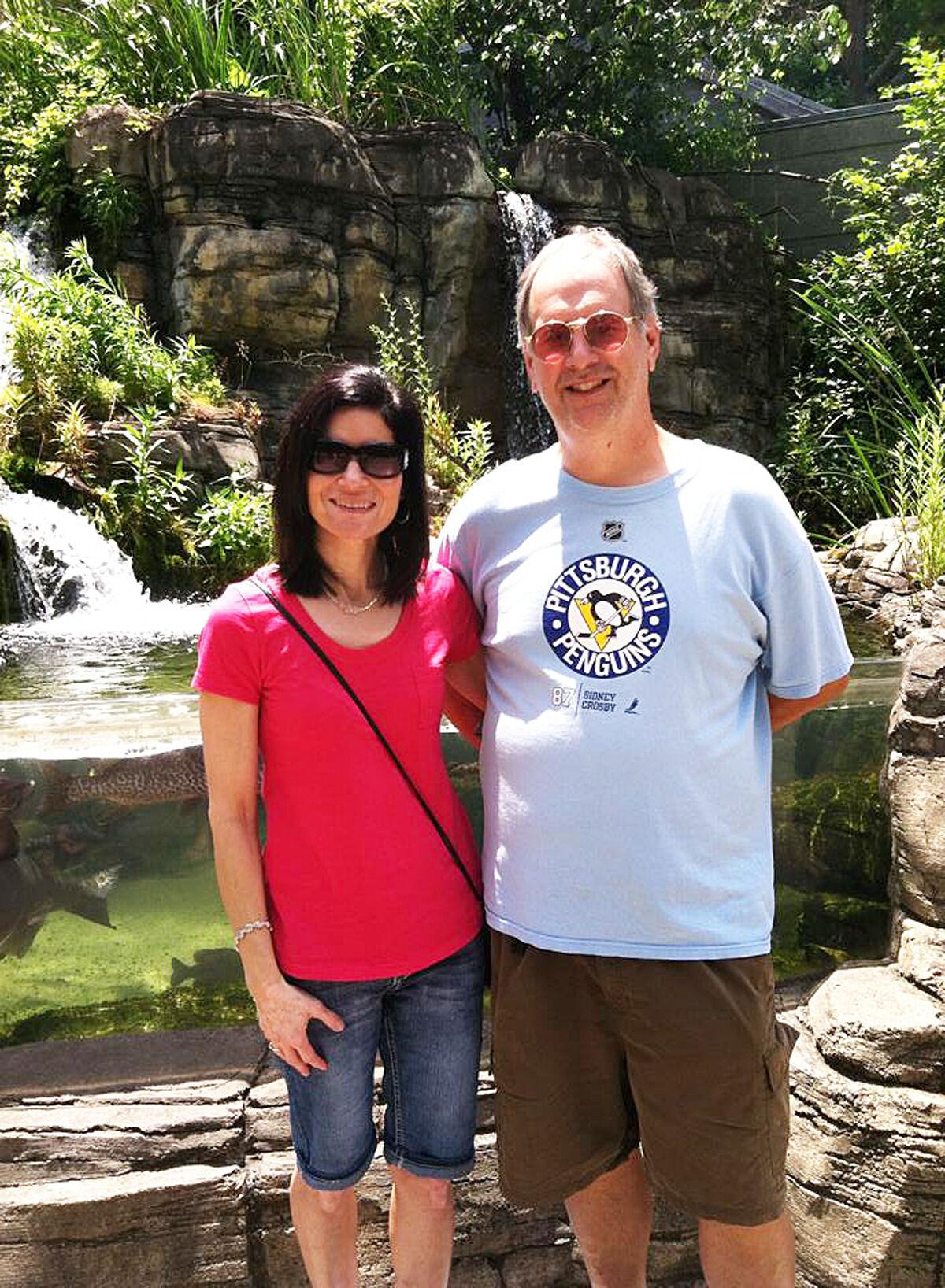 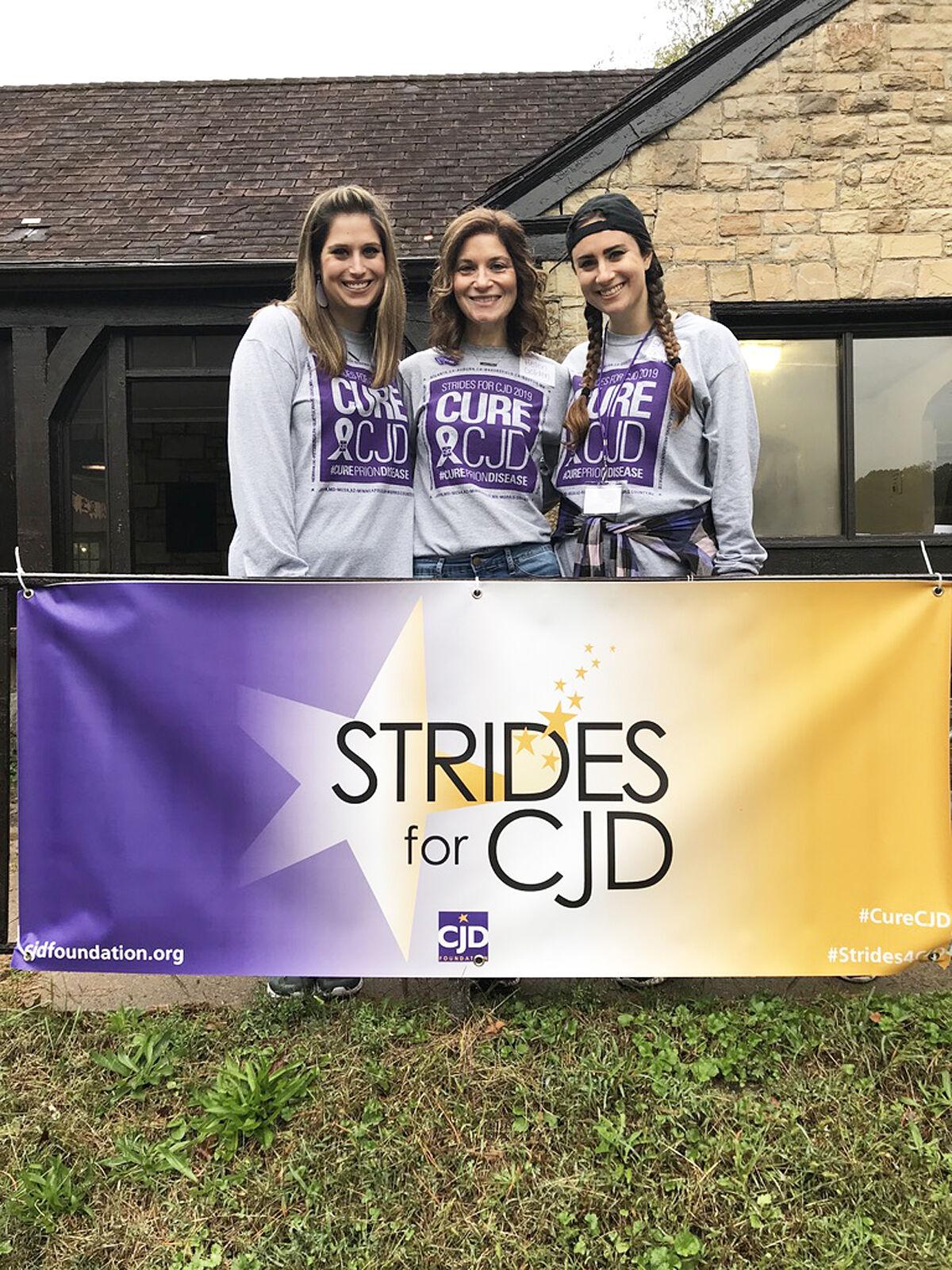 From left are Michelle, Helen and Shannon Golden 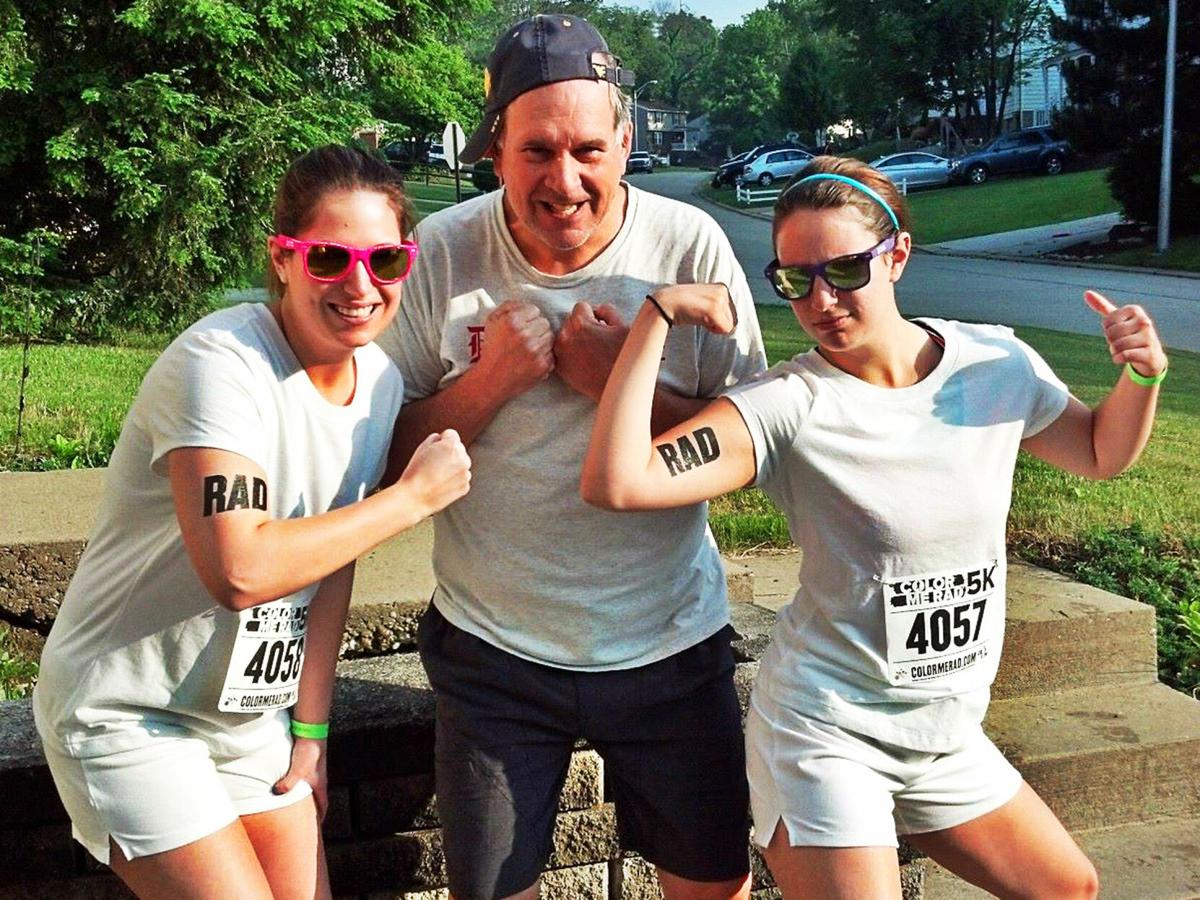 Pat Golden helps his daughters get ready for a Pittsburgh Color Me Rad 5k race.

Participants visit South Park for the 2019 Strides for CJD.

From left are Michelle, Helen and Shannon Golden

Pat Golden helps his daughters get ready for a Pittsburgh Color Me Rad 5k race.

Participants visit South Park for the 2019 Strides for CJD.

Three months later, the Bethel Park resident died 13 days before what would have been his 58th birthday.

On Oct. 9, his wife, Helen, and daughters, Michelle and Shannon, are honoring his memory with an event intended to raise awareness about the rare brain affliction, Creutzfeldt-Jakob disease, which claimed his life so abruptly.

The Goldens are hosting Strides for CJD, a 5K run and walk in South Park also honoring others who have been afflicted. Check-in and registration is from 9 to 10 a.m. at the South Park Museum Building, 2100 Brownsville Road.

Proceeds benefit research into effective treatment and eventual cure of the invariably fatal disease, which results from misshapen proteins in the brain, called prions, transmitting their abnormalities to other molecules and causing neurodegenerative conditions.

“We literally had never heard of this before,” Michelle recalled, and in fact, the Goldens wouldn’t learn about Creutzfeldt-Jakob disease until well after they started discerning changes in Pat’s behavior.

Perhaps they chalked it up to some on-the-job stress in his work as a civil engineer, but they knew something wasn’t right.

“It was difficult because we were trying to make him aware that we were noticing differences,” Michelle said. “Whether he was noticing differences or not, it was hard to come to terms with it. He actually told my mom and I the one day when we tried to bring it up, ‘I think you guys are the ones who are crazy.’ He was still in his right mind, but it was going quickly.”

His physician initially diagnosed him as suffering from depression, and doctors at St. Clair Hospital arrived at the same conclusion. So Pat was prescribed anti-depressants, adding to what he already was taking for high blood pressure.

“My dad said, ‘I’m not depressed, but I’m going to be after all of this,’” Michelle recalled, as he endured a seemingly endless series of medical appointments and tests.

He did insist on a family miniature-golf outing, something the Goldens generally did only while on vacation.

“He could still bend over and pick up the ball, but whenever I held out a few balls in my hand to ask him which one he wanted, he just said, ‘Give me one,’” Michelle said. “I don’t think he could tell me what color.”

After the Goldens returned home that evening, Pat told Helen, his wife of 31 years, he just had taken his prescription pills. The problem was he already consumed the day’s allotment in the morning.

“Then we got into worrying about, OK, he took too much of the high-blood-pressure medicine, and what’s this going to do?” Michelle said. “And I think it started to probably worry him, because a little bit later, he started to hallucinate. He would be like, ‘Did you see that?’ Our cat was nowhere nearby, and there wasn’t anything else that he could have been seeing.

Creutzfeldt-Jakob disease finally was diagnosed through a spinal tap, and by early September, Helen contacted some out-of-town relatives about visiting to help her transport Pat to Allegheny General Hospital in Pittsburgh’s North Side.

At Allegheny General, Pat was given Keppra, a medicine used for the management of seizures, which put him into a comalike state from which he never awoke.

On Sept. 25, one month before his birthday, Pat’s family celebrated the occasion in his hospital room, complete with balloons and cake.

“He hated store-bought cards, so we sat there and made him cards,” Michelle said. “We took a few pictures, even though it was hard.”

The next day, they moved him to a Mt. Lebanon hospice facility, where he died Oct. 12.

While trying to cope with what was happening to her father, Michelle joined a group on social media for loved ones of CJD patients. In turn, she was introduced to Creutzfeldt-Jakob Disease Foundation, the nonprofit advocacy organization that supports Strides for CJD events across the United States.

In 2017, the Goldens traveled to Cleveland to participate in one of the events.

“Before the weekend ended, I said, ‘I want to do this at home,’” Michelle recalled.

The first Pittsburgh-area Strides for CJD took place in South Park the following year and returned for 2019. Following a virtual effort in 2020 because of the COVID-19 pandemic, the event is returning to an in-person format.

Michelle, a teacher at Archangel Gabriel Catholic School in Robinson Township, is looking forward to a day when those who are afflicted with Creutzfeldt-Jakob disease are able to receive an infinitely better prognosis compared with her father’s.

“He absolutely had no chance of fighting this. None,” Michelle said about her dad. “And so we feel by doing Strides for CJD, we’re fighting in his honor.”

For further information and to register, visit secure.qgiv.com/event/strides2021/classification/261569. Learn more about the Creutzfeldt-Jakob Disease Foundation at cjdfoundation.org.