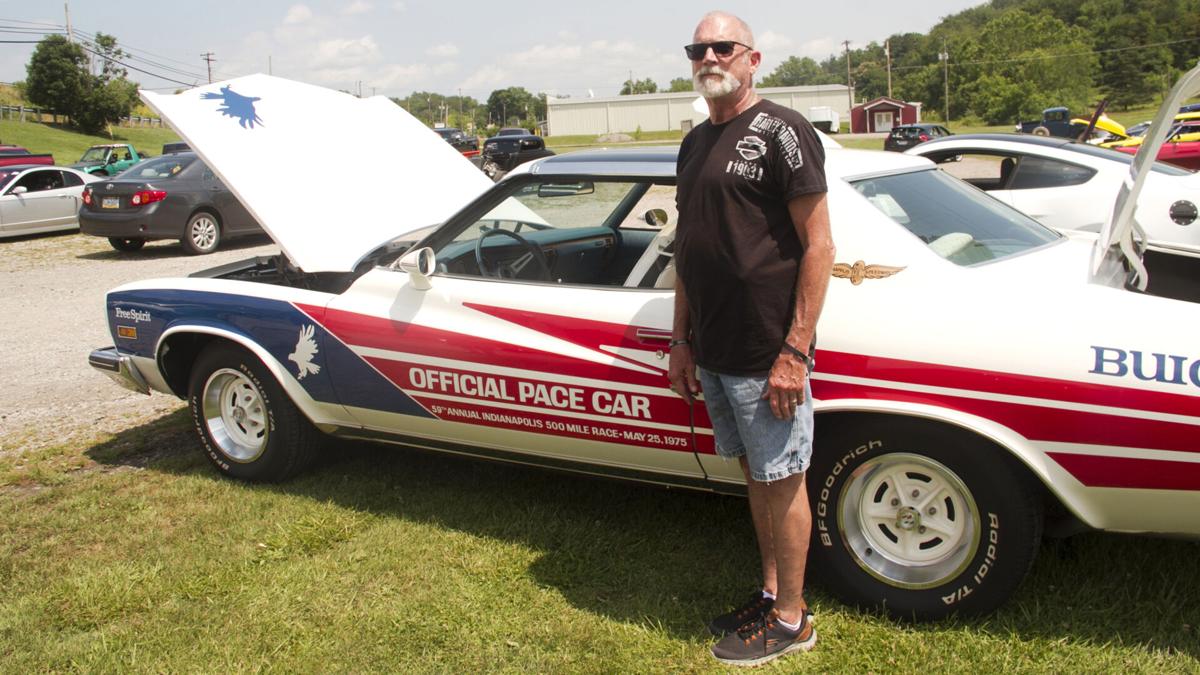 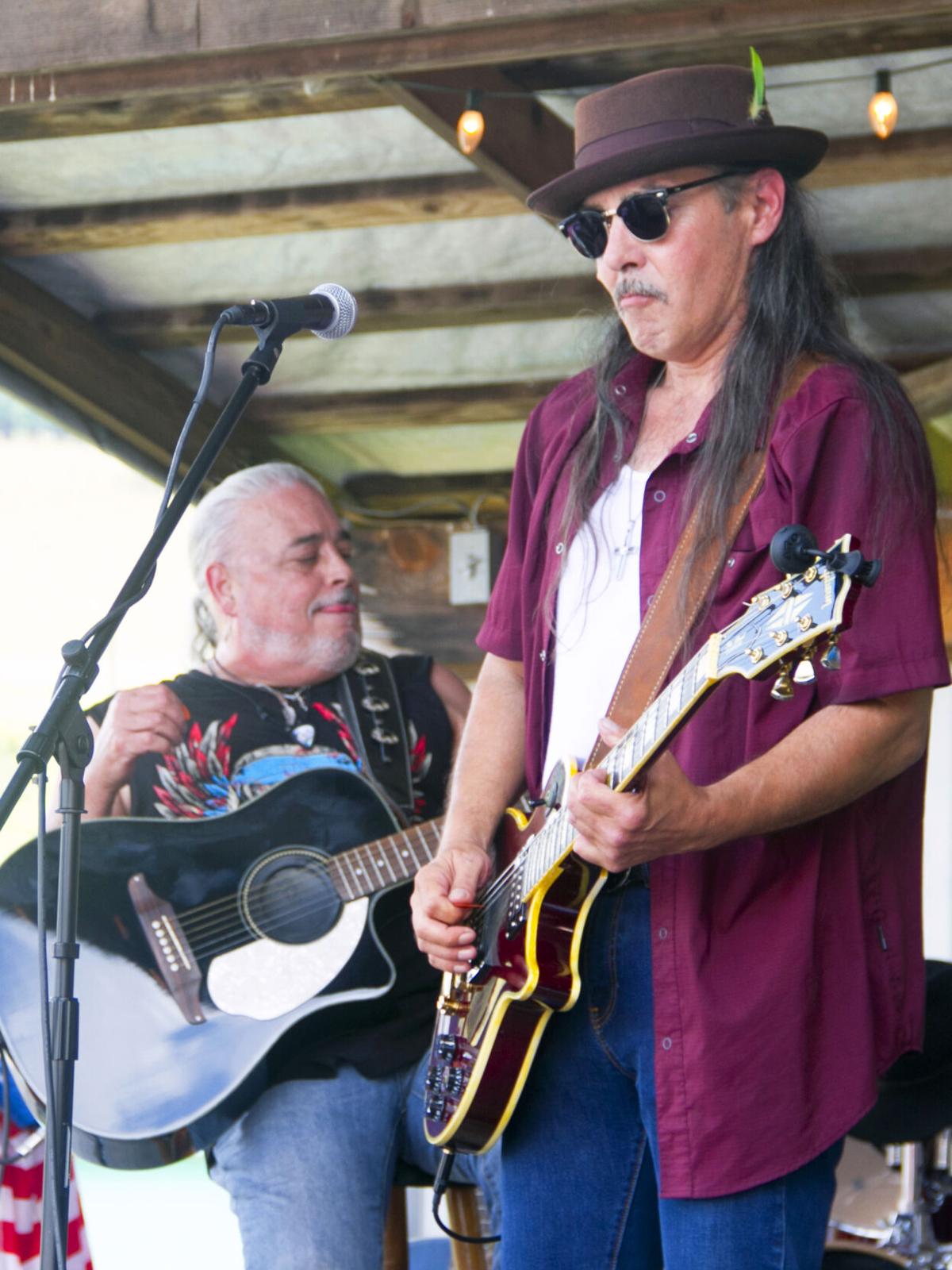 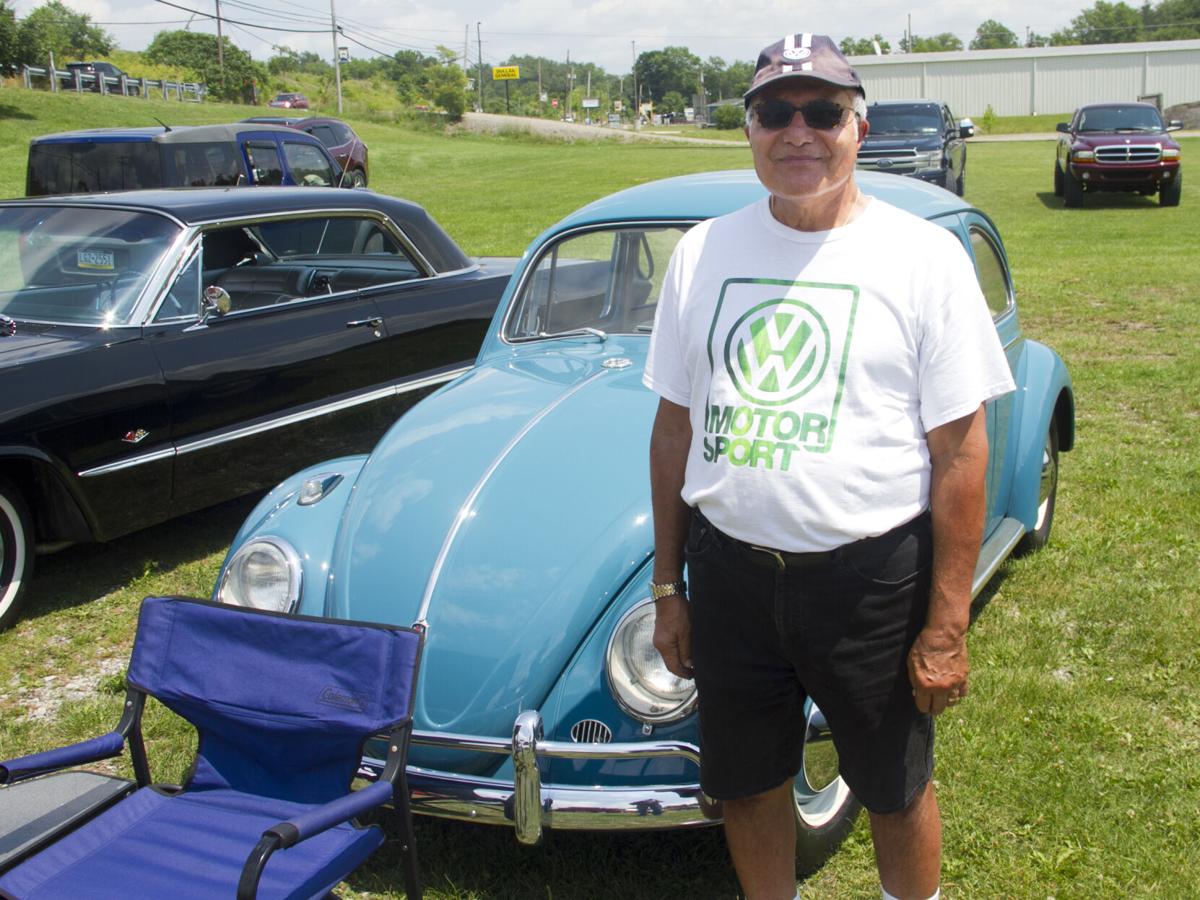 Chuck Corey of Bethel Park with his 1961 Volkswagen Beetle 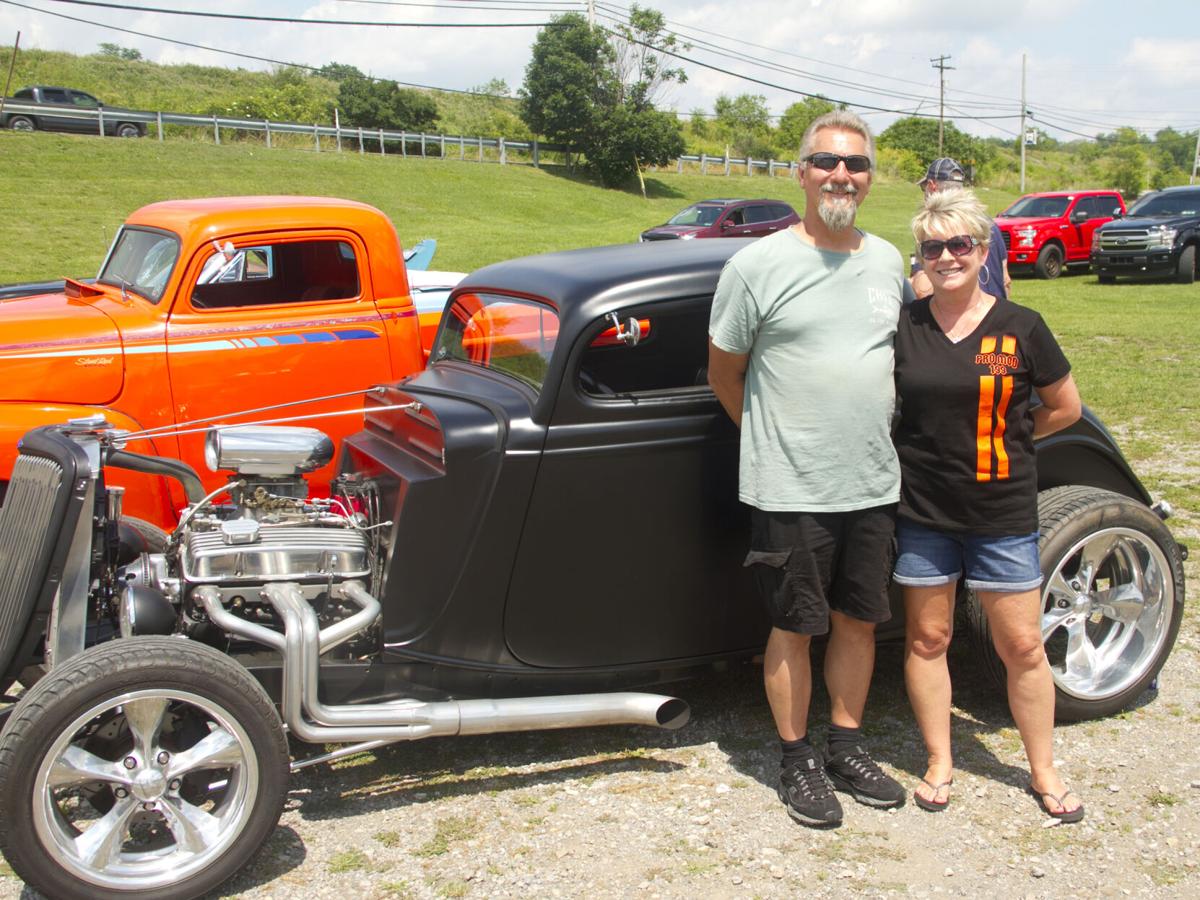 Jim and Joanne Litwin with their 1934 Ford hot rod 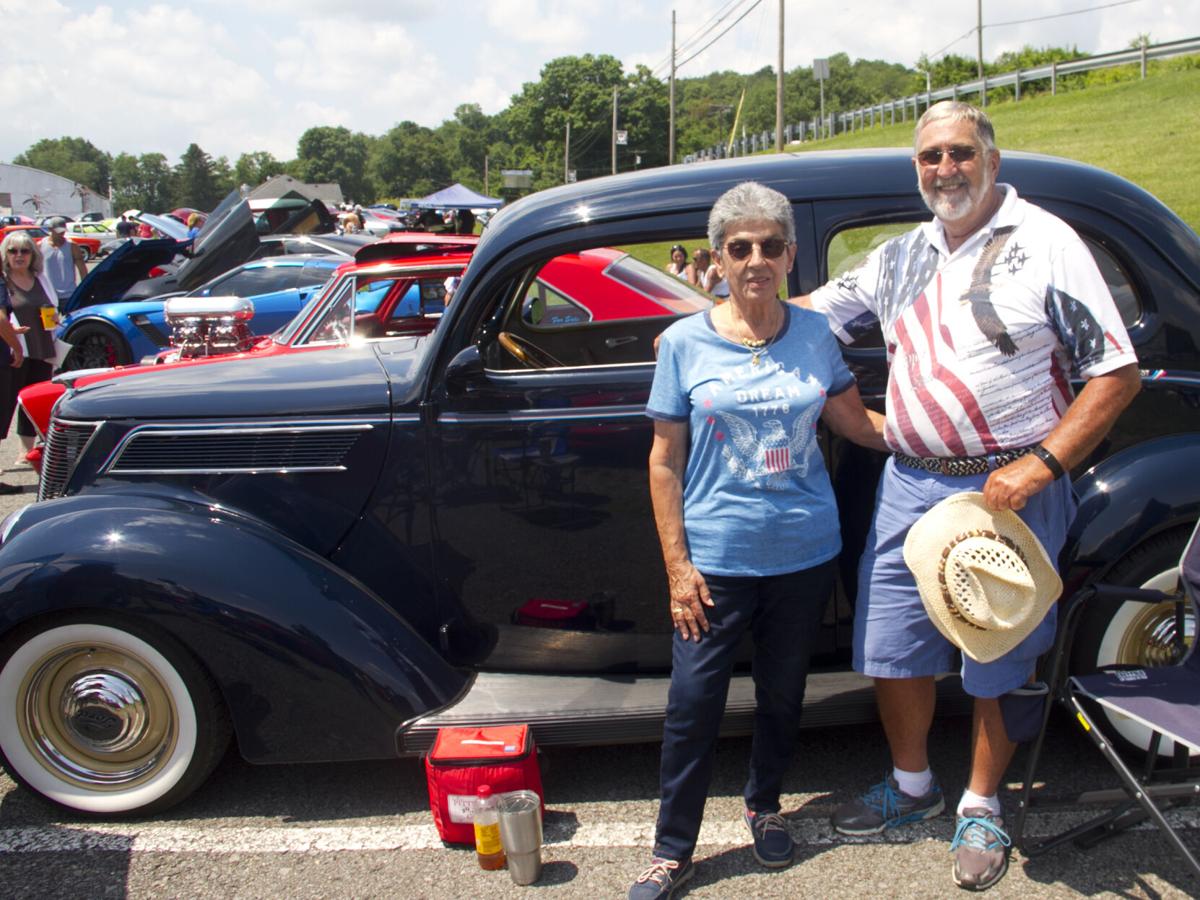 Gloria and John Dagnall with their 1937 Ford Slantback 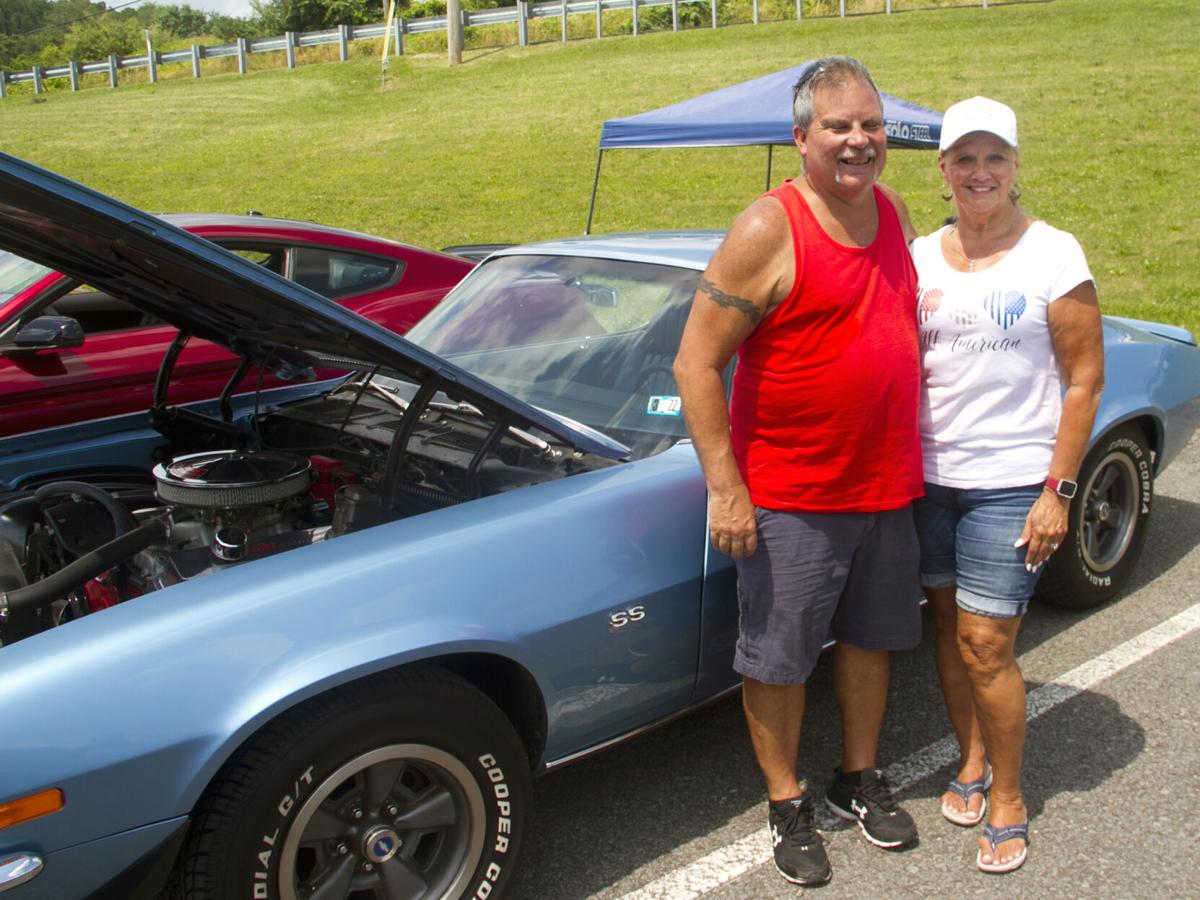 Denny and Donna Kronz with their 1971 Chevrolet Camaro Super Sport 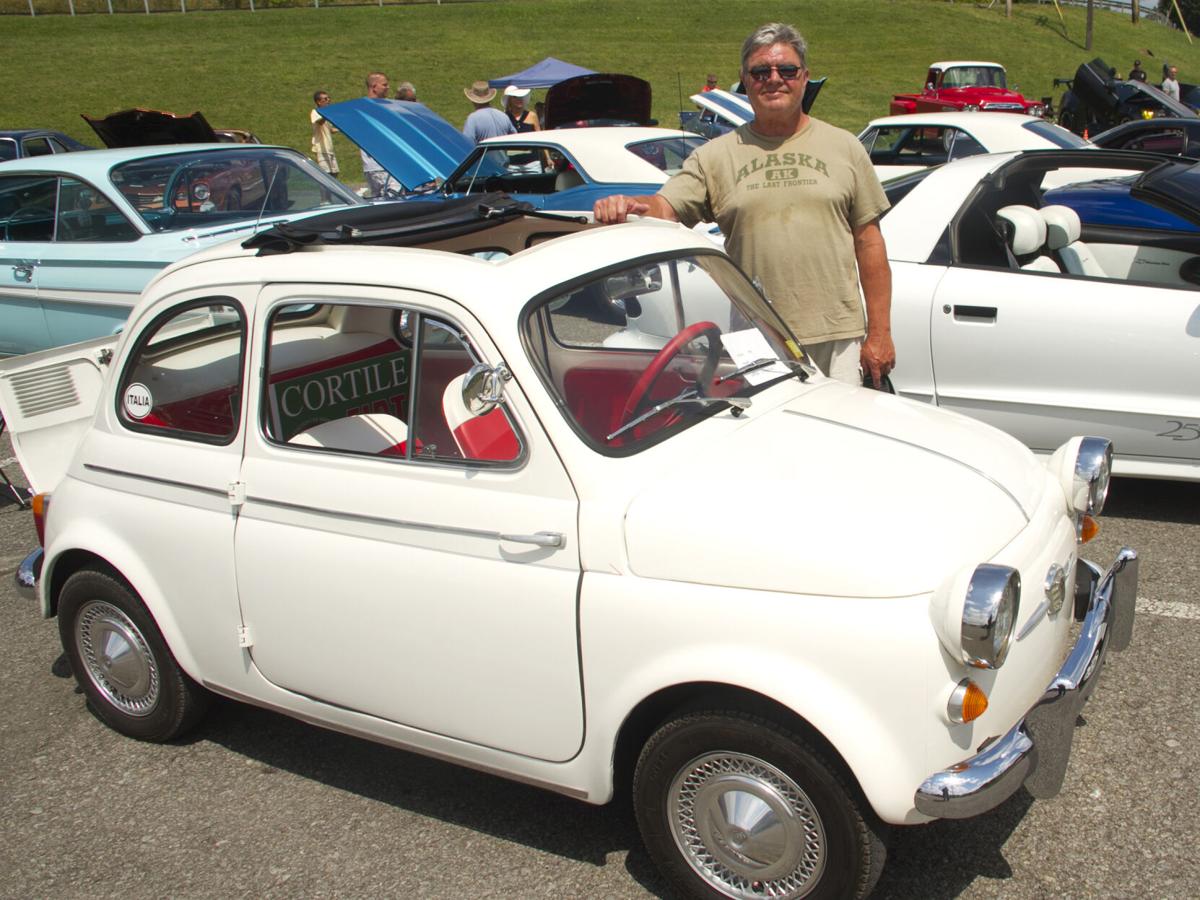 Fran Startare poses for a picture with the 1959 Fiat 500 that his father purchased new. 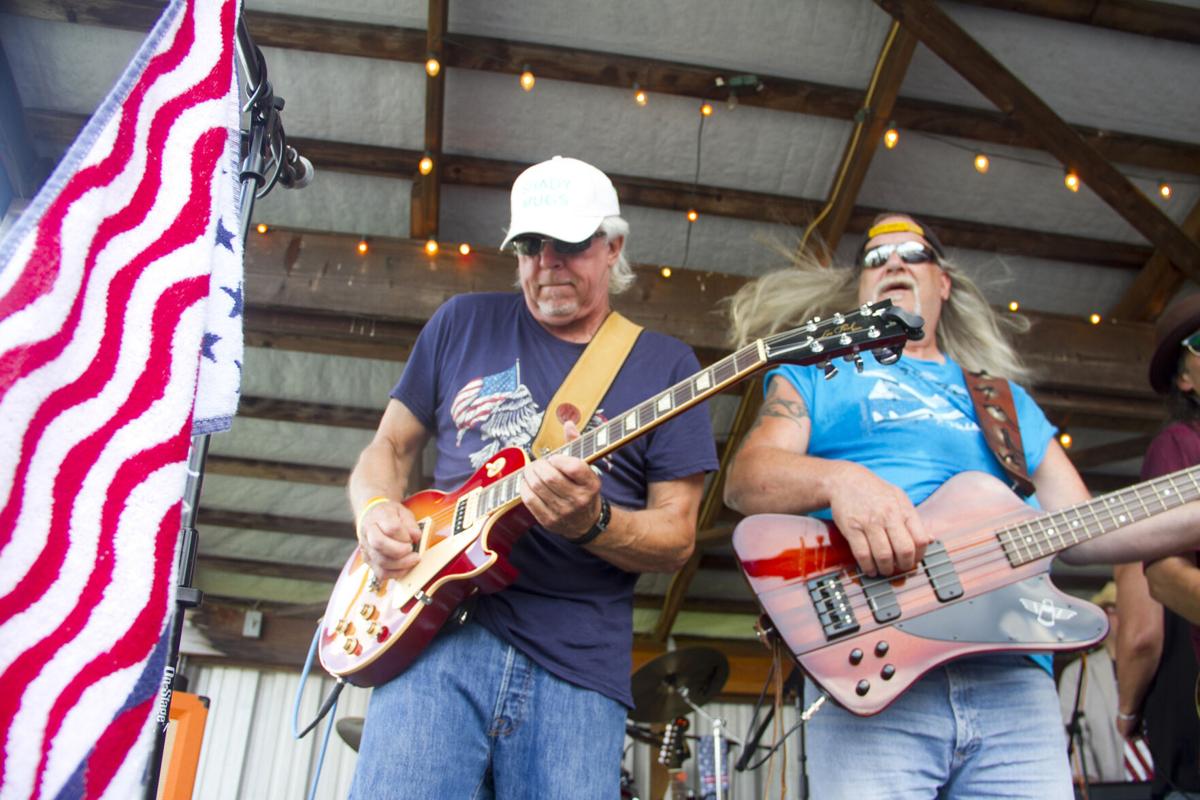 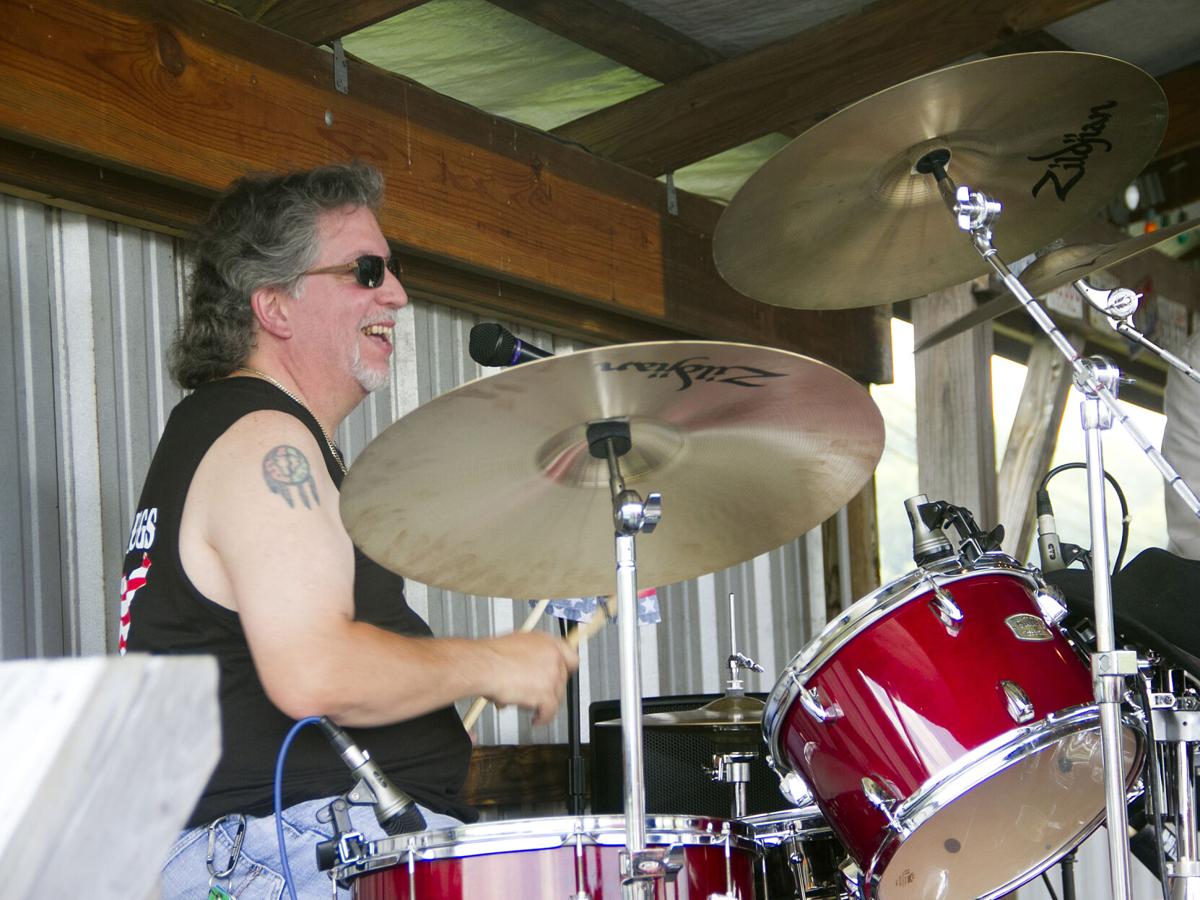 Chuck Corey of Bethel Park with his 1961 Volkswagen Beetle

Jim and Joanne Litwin with their 1934 Ford hot rod

Gloria and John Dagnall with their 1937 Ford Slantback

Denny and Donna Kronz with their 1971 Chevrolet Camaro Super Sport

Fran Startare poses for a picture with the 1959 Fiat 500 that his father purchased new.

In fact, his younger brother joined him in purchasing a pair of the patriotically styled Buick Century coupes.

“We bought them the same day, and put them in storage,” said Jeff, who lives in Dravosburg. “And we only bring them out on nice, sunny days.”

With the weather Sunday afternoon matching that description, Forbes and other enthusiasts brought their cars, trucks and motorcycles to celebrate the holiday at Coconut Joe’s Tiki Bar, the former site of Mineral Beach in Union Township. The festivities included a performance by the band Shady Mugs, revving up those in attendance with plenty of high-octane Southern rock.

The Forbes brothers’ high-octane acquisitions came after they accompanied their father on his trip to buy another model of Buick, the massive Electra 225. At the dealership, they saw a poster with the message,”Drive the car that led Indy.”

“I looked at my brother and said, ‘That would be a neat car to just have and store,’” Jeff recalled. “My dad found two of them in Willoughby, Ohio, and we traded our 1973 (Oldsmobile) 442s in and bought these cars.”

Compared with Indy pace cars, or pretty much anything on the road in their day, Volkswagen Beetles were plentiful.

And so seven years ago, the Bethel Park resident bought a 1961 Beetle, which he drove to Coconut Joe’s to show off a particularly pristine example of the once-ubiquitous vehicle.

“It’s a fairly original car. It was owned by a schoolteacher in Manitoba, Canada,” he said. “It has 90,000 miles on it. All original, except for a repaint.”

Meanwhile, the speedometer of the 1934 Ford owned by Joanne and Jim Litwin of Castle Shannon tends to have its limits pushed, thanks to a performance small-block Chevy engine replacing the original.

“It runs fantastic,” Jim said. “Go down the highway 80 miles an hour, no problem.”

The Highboy Roadster is decked out as the classic hot rod, with the chrome of the engine and side pipes eminently visible, the not-so-big body painted a not-so-glossy black, and mag wheels shining in all four corners.

Another ’34 Ford on location belonged to John and Gloria Dagnall of Cecil Township, who were looking to purchase one when difficulties arose with a potential sale.

“So we walked right up the road, and we found this,” Jim said about the scratchless, gleaming car they brought to the cruise. “The exterior was like it is right now, and we decided to buy it.”

Theirs is a 1937 Ford Slantback sedan, painted in a color called Washington blue and fitted with lots of quality equipment from Chevrolet: the transmission, most of a drive train and a 350-horsepower engine.

“It keeps up with traffic,” Jim said.

So does Denny Kronz’s ’71 Chevy Camaro Super Sport, another 350.

“This is pretty tame in the scheme of things,” the Whitehall resident said, referencing some of the era’s more muscular muscle cars. “But it’s a nice driver, and it’s really clean.”

His wife, Donna, proud owner of a 2014 Mercedes-Benz SLK-Class convertible, enjoys the camaraderie of car cruises.

“Oh, we have a blast,” she said. “It’s like a neighborhood. You walk around. You meet new people. You see nice cars. You have a great time.”

“You have people with the same interests,” he said. “Some people like fine art or fine wine. It just depends on what you like.

“And we won’t hold that against them.”

“It had a 16-horsepower motor, and it just didn’t have it on the hills,” the South Strabane Township resident said. “I bought a 35-hoursepower, and it jets now.”

His father purchased the Italian import and kept it in the family, and when Fran retired in 2012, he decided to embark on a restoration project.

“It was rough. I had to get new floors welded in it, and it was dinged up pretty good,” he recalled. “I stripped it bare, primered it, and it was just a shell. The doors were off. The windows were out.”

Once everything was put back together, he took the Fiat to a friend for detailing.

“It’s won best Fiat at the Vintage Grand Prix twice,” Fran reported, and given the cuteness factor of its Lilliputian size, “It always gets a smile.”